I’m not bitter. But it does bear explanation.

As I detailed here, I didn’t get Crazy Foam primarily for economic concerns. But by the time Underoos came out, I was about 10 years old and my mother just didn’t understand why a boy my age would still want to dress like a superhero. 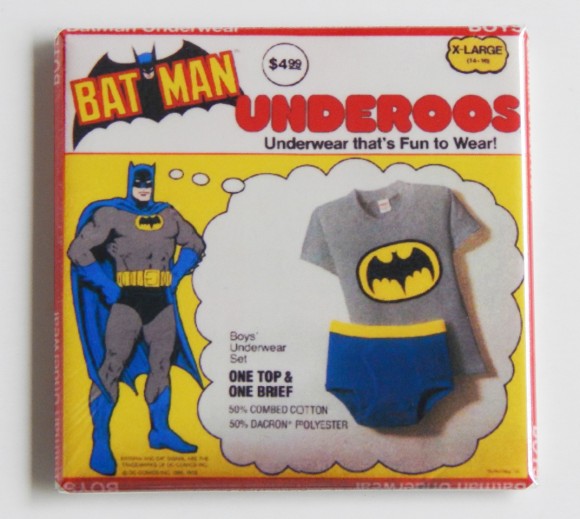 An original set that was selling on eBay.

I don’t really blame her. If you cast your mind back — or if you’re too young to be familiar with the late ’70s — superhero shirts, hats, hoodies and what have you just weren’t around much. Maybe you could send away for something. But putting a Batman shirt on was mostly a Halloween thing.

I used to wear my cloth Ben Cooper Batman costume everywhere when I was little. And I mean everywhere. My folks were charmed by it when I was small but by the time I was 10 or 11, at the doorstep of puberty, Mom would have none of it. Megos and comics were still (barely) OK, but wearing a Batman logo on my chest? Nunh-uh. 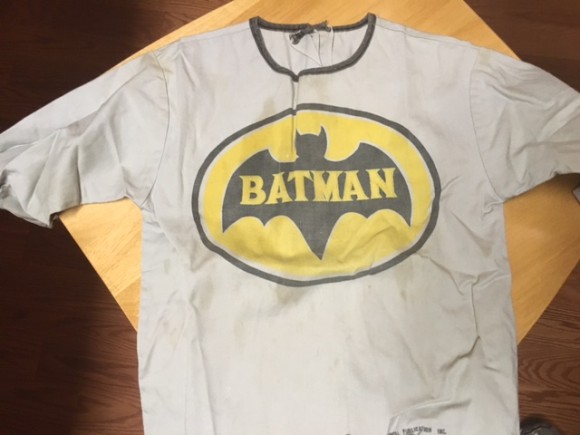 I still have my Ben Cooper shirt!

But those Underoos commercials were so damn compelling. Not that they were particularly well produced or entertaining, it’s just that I really wanted to have the Batman set. It’s not like I was going to run around Braun Avenue in my underwear, but that shirt was cool, y’know? And it’d be like having a secret identity if I decided to wear the ensemble under my school clothes!

Though it’s not in this incredible commercial, I knew the Batman set was available.

I wouldn’t get any Batman T-shirts until I went to college, when such things were, if not cool, at least vaguely acceptable. You could be a little eccentric in college.

For example, I bought a T-shirt at Newbury Comics in Cambridge, Mass., with Burt Ward as Robin on the front and the slogan “Holy shit, Batman!” That was just subversive enough to get good laughs. People dug that shirt. I was able to hide in plain sight.

Another acceptable shirt was a Frank Miller Batman illustration that aped the cover of The Dark Knight Returns #2. That image was so radical for the time that half the people who looked at it didn’t even realize what it was. And those who at least recognized it was Batman afforded me the opportunity to proselytize about comics not just being for kids anymore. Again, perfect camouflage. 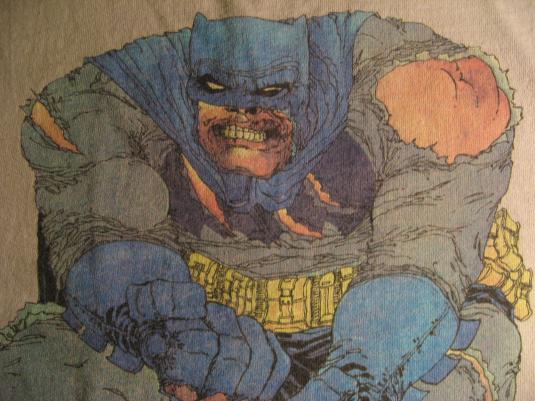 Then, the calendar flipped to 1989 and the world tipped on its axis. With the ridiculous success of the Tim Burton movie, it was suddenly cool to sport the Batman symbol. It was everywhere. And I mean everywhere. I even played a game for awhile where I’d see if I could go a day in Boston without seeing the Batman symbol somewhere, on something. 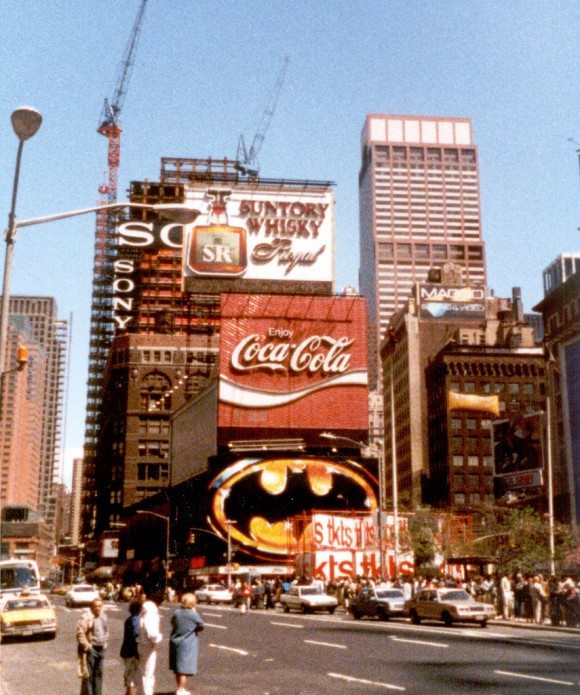 Times Square. Which is not in Boston.

I don’t recall that day ever coming — and today you see superhero gear on the street and in schools and on desks and on cars and … well, you know what I’m talking about. The world caught up to people like us.

So I suppose it was inevitable that, like Crazy Foam, Underoos would find their way back to market. Only this time, they really aren’t just for kids — they have adult sizes now. MY size. And so now, almost 40 years late, I own Underoos. And not just one set, but two. Naturally, I was going to get Batman — especially since the Underoos people chose to use Adam West’s TV logo on the chest. 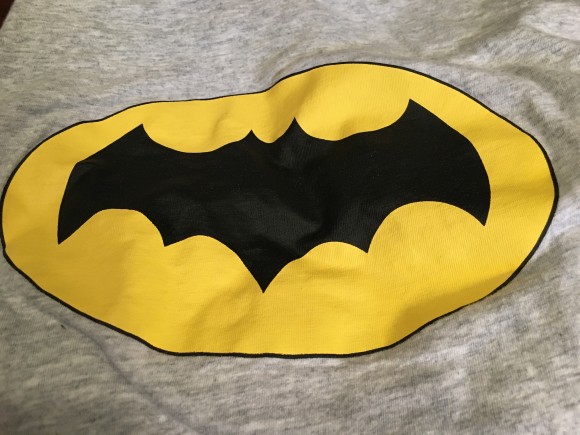 There are actually two versions of the Batman set — one with a shirt in heather gray — which I prefer for something like this — and blue briefs, or a solid gray one with black collar and cuffs and black shorts. I went for the first version. This is not me.

But there was a second set calling my name, too — one that was indelibly Underoo: Aquaman.

Aquaman has, fairly recently, supplanted Superman as my fave non-Bathero. And Aquaman had a special stature in the ’70s, given Super Friends, Megos and the Filmation cartoons. 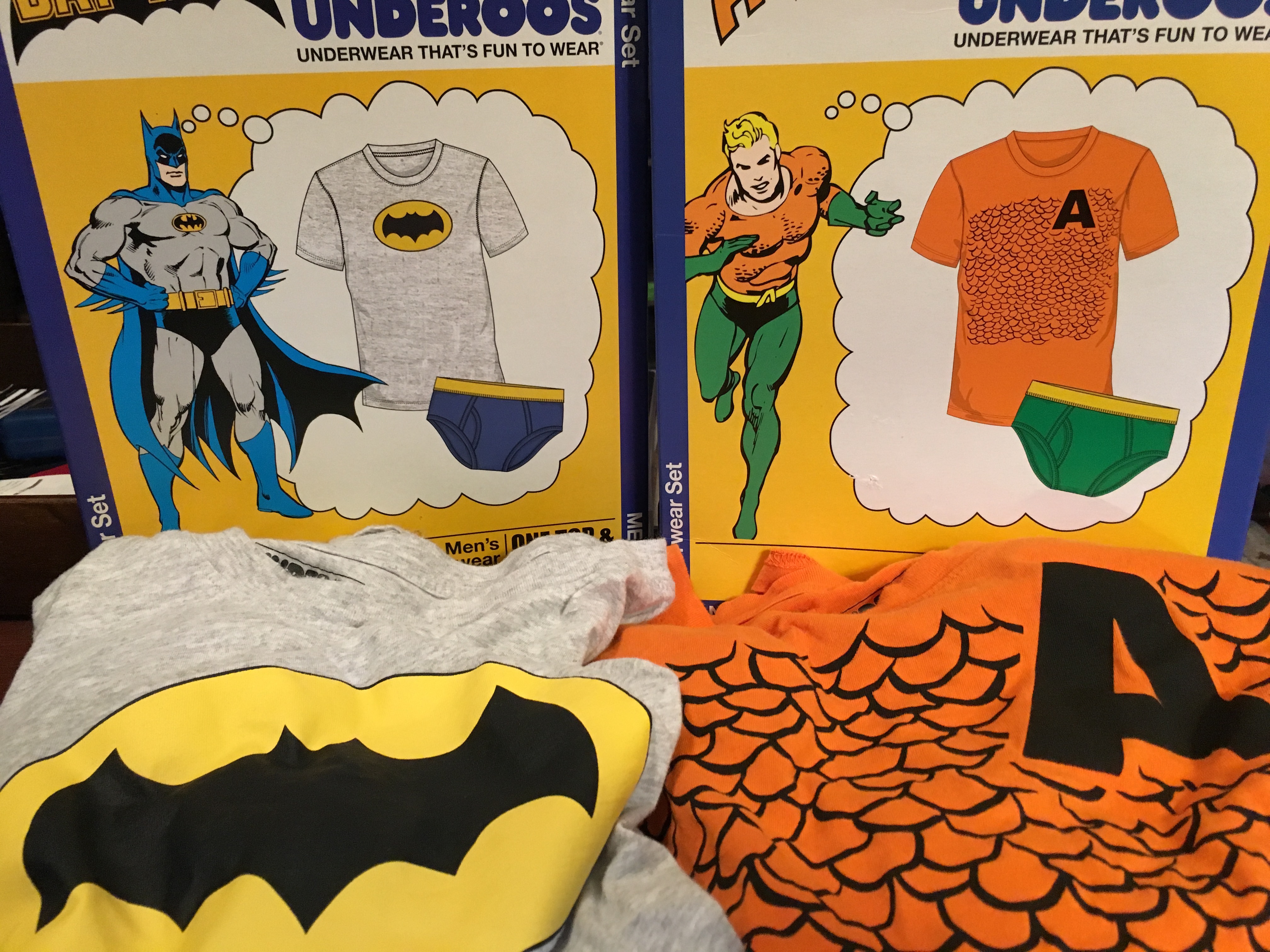 Best of all? The Aquaman Underoos shirt is wonderfully, hilariously off-model — and the modern Underoos people rightly opted not to correct it. The bold orange shirt has the requisite illustrated scales, even though they only cover part of the torso. And there’s that big, black A on there, just so there’s no confusion over whom you’re dressed as. 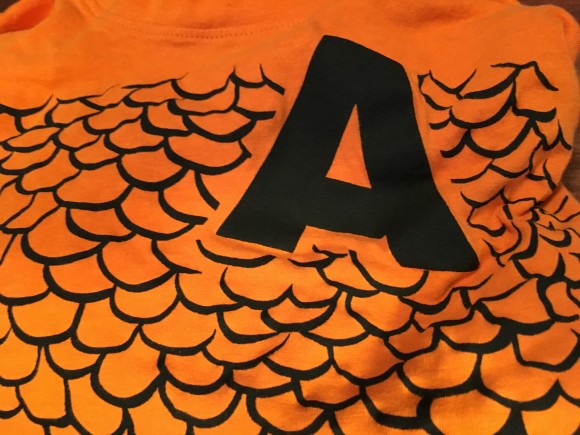 Just as Crazy Foam has opted to go with retro packaging on some of their products and Figures Toy Company has brought fans a Mego renaissance, the Underoos crew has tapped into that goofy quality that sets what they do apart from your average T-shirt maker. The whole product is a gigantic wink and those who get it, get it.

They run about $20-$25 a set, and come in men’s, boys’, women’s and girls’ sizes. They’ve even added modern characters to the line, like the ubiquitous Harley Quinn. (Check out the full selection at the Underoos website.) 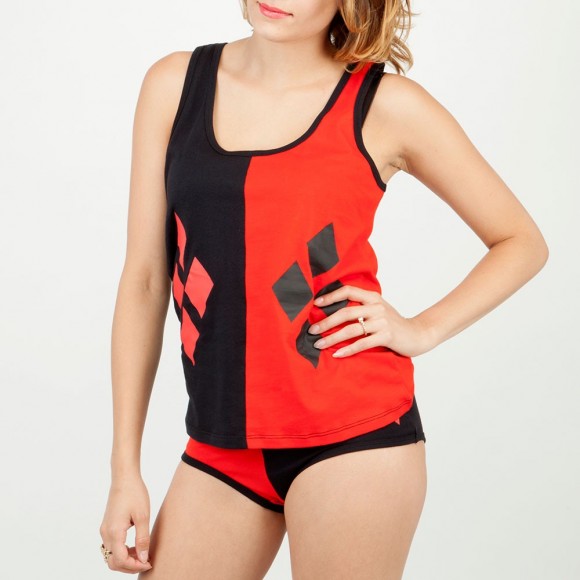 Now this is important, so you can wash this image from your mind: I do not use the shorts. I’m just not a briefs guy, though that’s already too much information.

The shirts, on the other hand, are great to wear out and about.

And when you’re wearing an Aquaman shirt, you just never know who you’re going to run into. 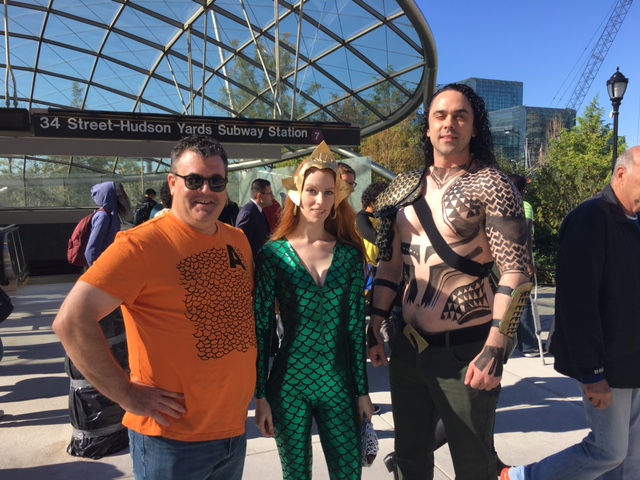