REVIEW: The BATMAN #232 Facsimile Edition Is a Real Joy

DC’s new line is off to a roaring start…

We’ve spent a lot of time on the launch of DC’s new line of Facsimile Editions — full-on reprints featuring ads, letters pages and whatnot — and the first one is finally here: Batman #232, the initial appearance of Ra’s al Ghul, by Denny O’Neil, Neal Adams and Dick Giordano.

Now, the other day we gave you an EXCLUSIVE look at what the coloring looks like — a big deal to purists — and showed off the letters column and some groovy old ads. (Click here. You’ll dig it.)

All cool but to get the full effect, you really need to get your hands on one of these — because if you expected DC to just mail it in, you’d be dead wrong. 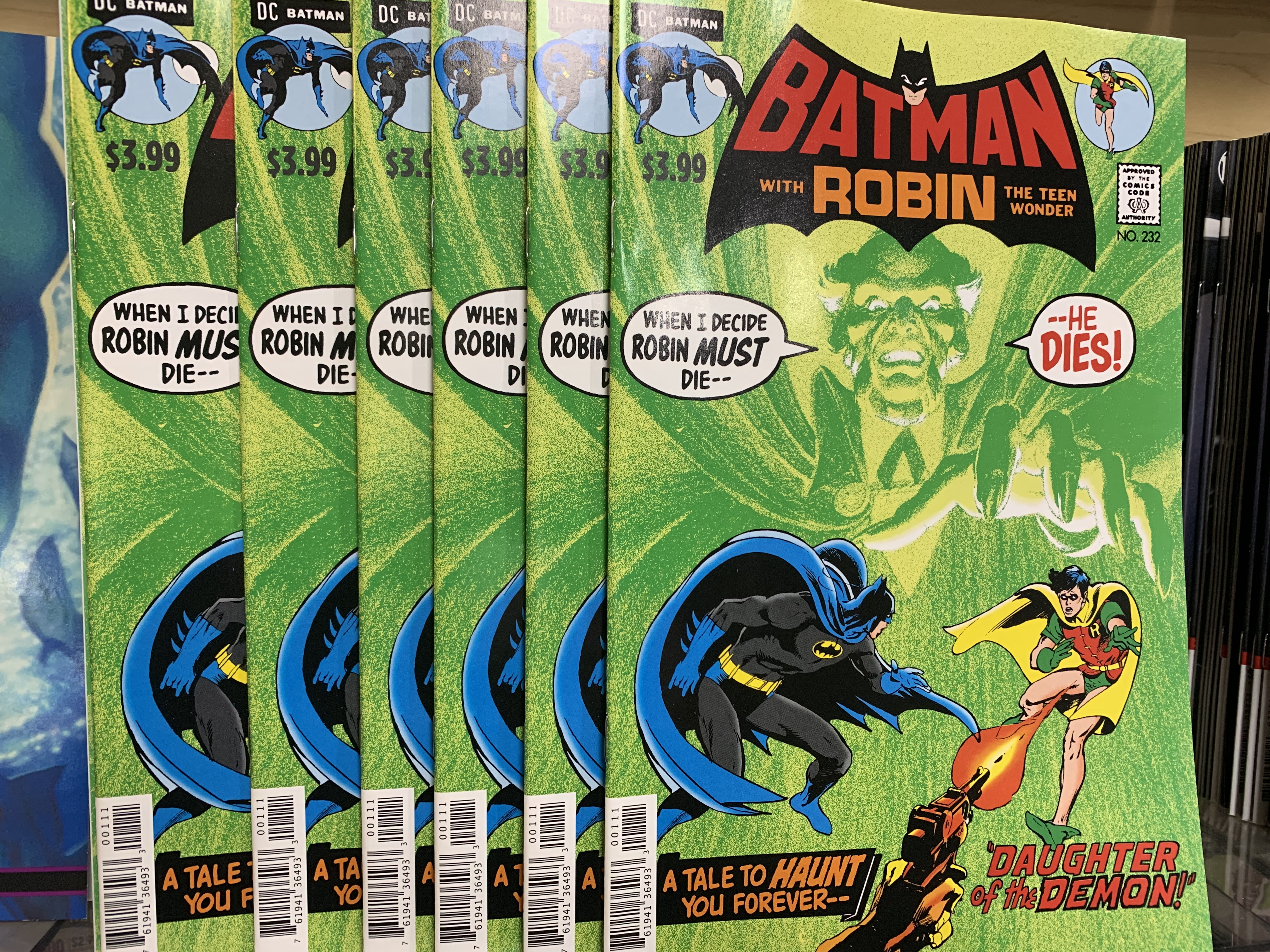 On sale now at your local comics shop. Mine is Midtown Comics across from Grand Central Terminal in New York City.

The cover isn’t cardstock as you might expect — it’s classic, glossy paper. And the paper stock inside is as close to traditional newsprint as you’re likely to get — rough and thin but sturdy just the same.

This is what makes the whole thing work. Between the textures, the original colors and the printing style, it really feels thisclose to an original Bronze Age comic book. 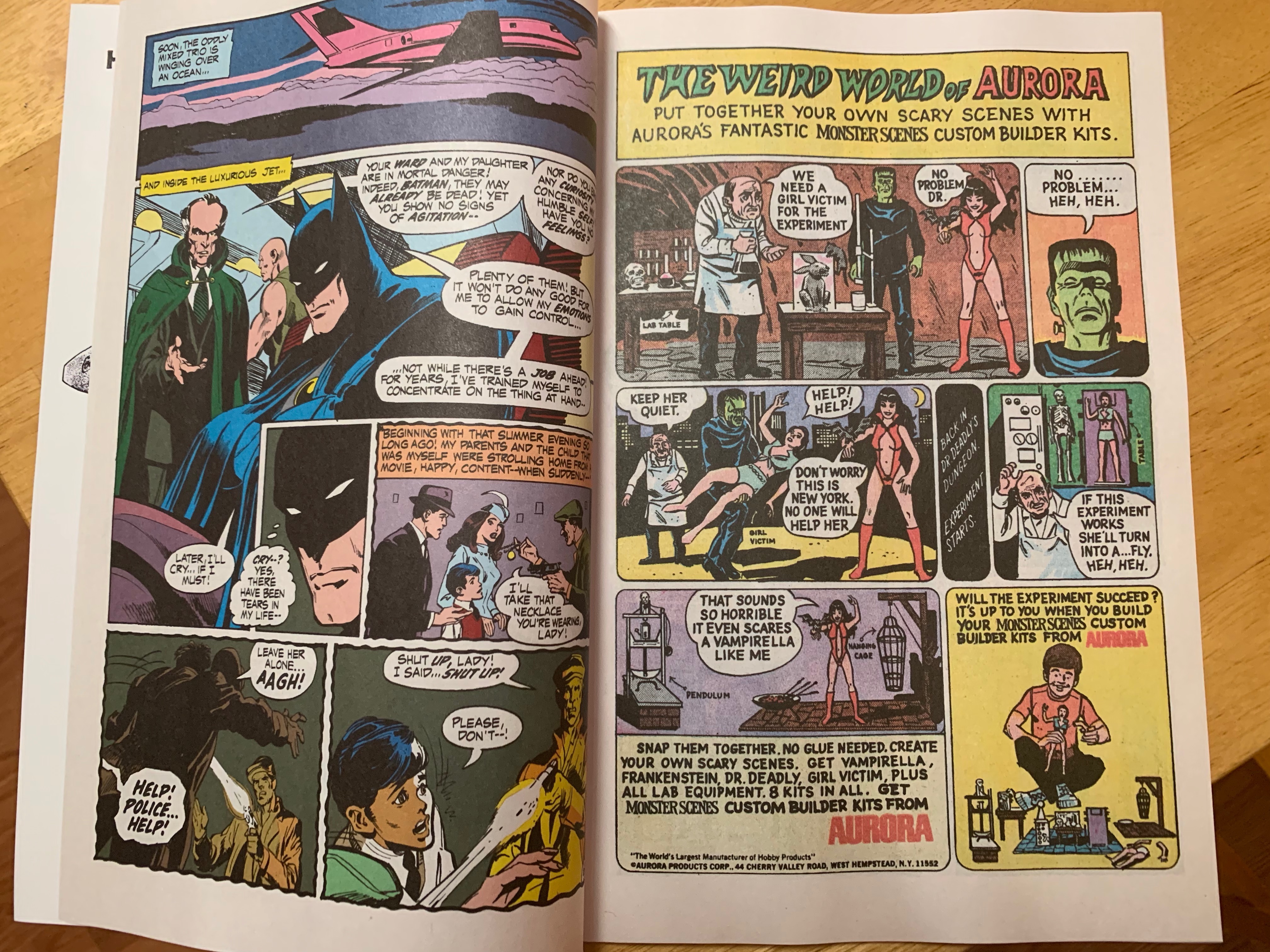 A reader on Facebook points out that it appears the story was shot from stats and the ads were scanned. The story is definitely crisper so it could be something along those lines.

DC could have gone the easy route and just reprinted the issue like a modern comic and been done with it. That they didn’t shows a welcome respect for what fans want from something like this.

I do have a quibble, though: The UPC symbol on the front. Such things were introduced several years after #232 came out in 1971 and my preference is that it be placed on the back like they do with some titles. Sure, it quickly differentiates the Facsimile Edition from an original but it’s an aesthetic drawback I’d like to see rectified in future issues. (House of Secrets #92 — Swamp Thing’s debut — is up next, out Aug. 28.) 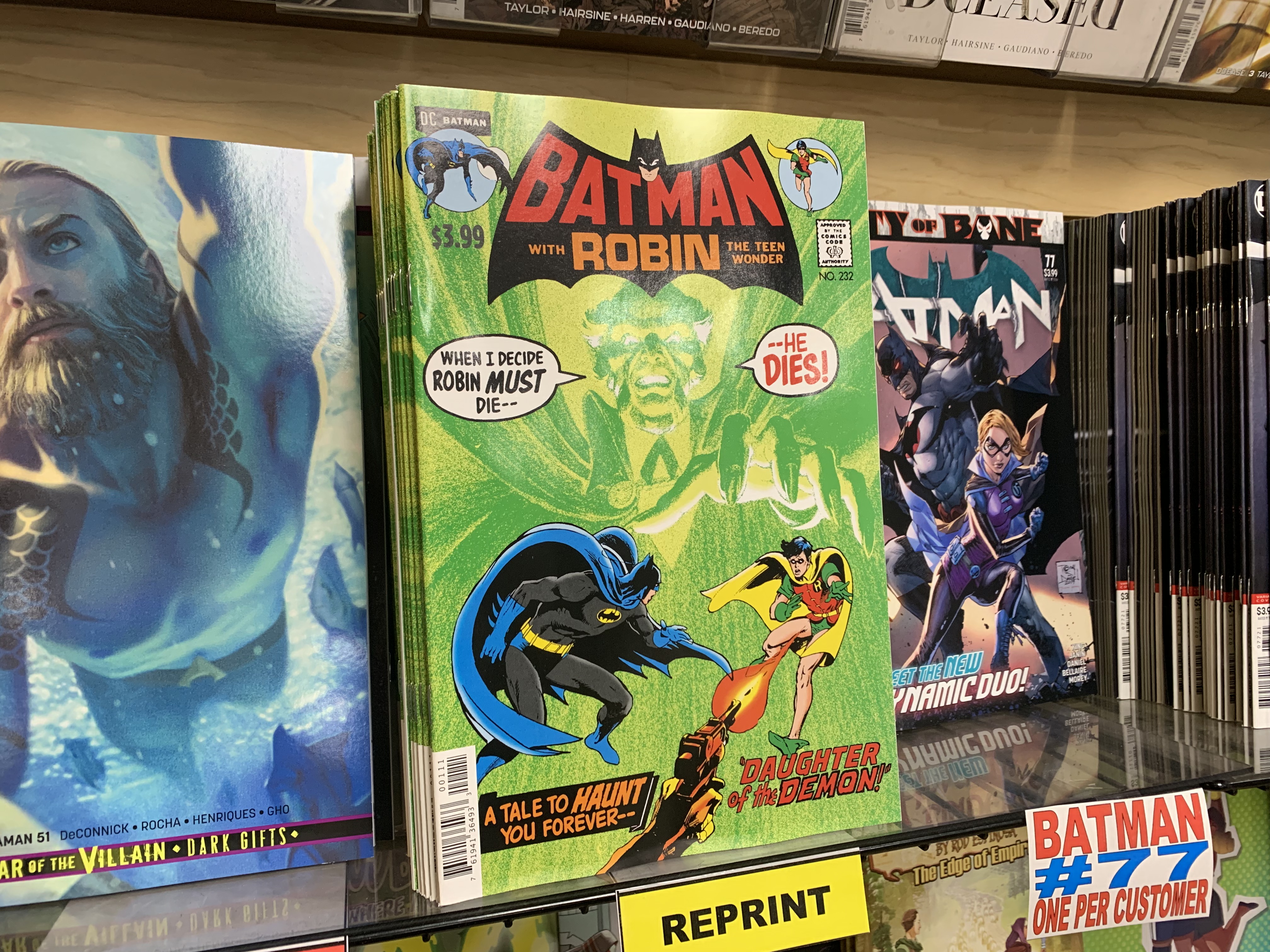 In all its glory on the rack. If only it were a spinner rack.

So, what’s the upshot? Simple. Other than owning an original — they’re selling for $150 to $300 ungraded on eBay — or grabbing an old Limited Collector’s Edition #C-51 treasury, this is absolutely the best way to experience one of the greatest comics stories ever printed.