Look! Up on the shelf! Supergirl, Mr. Mxyzptlk and first-ever Bizarro join the just-released Superman! 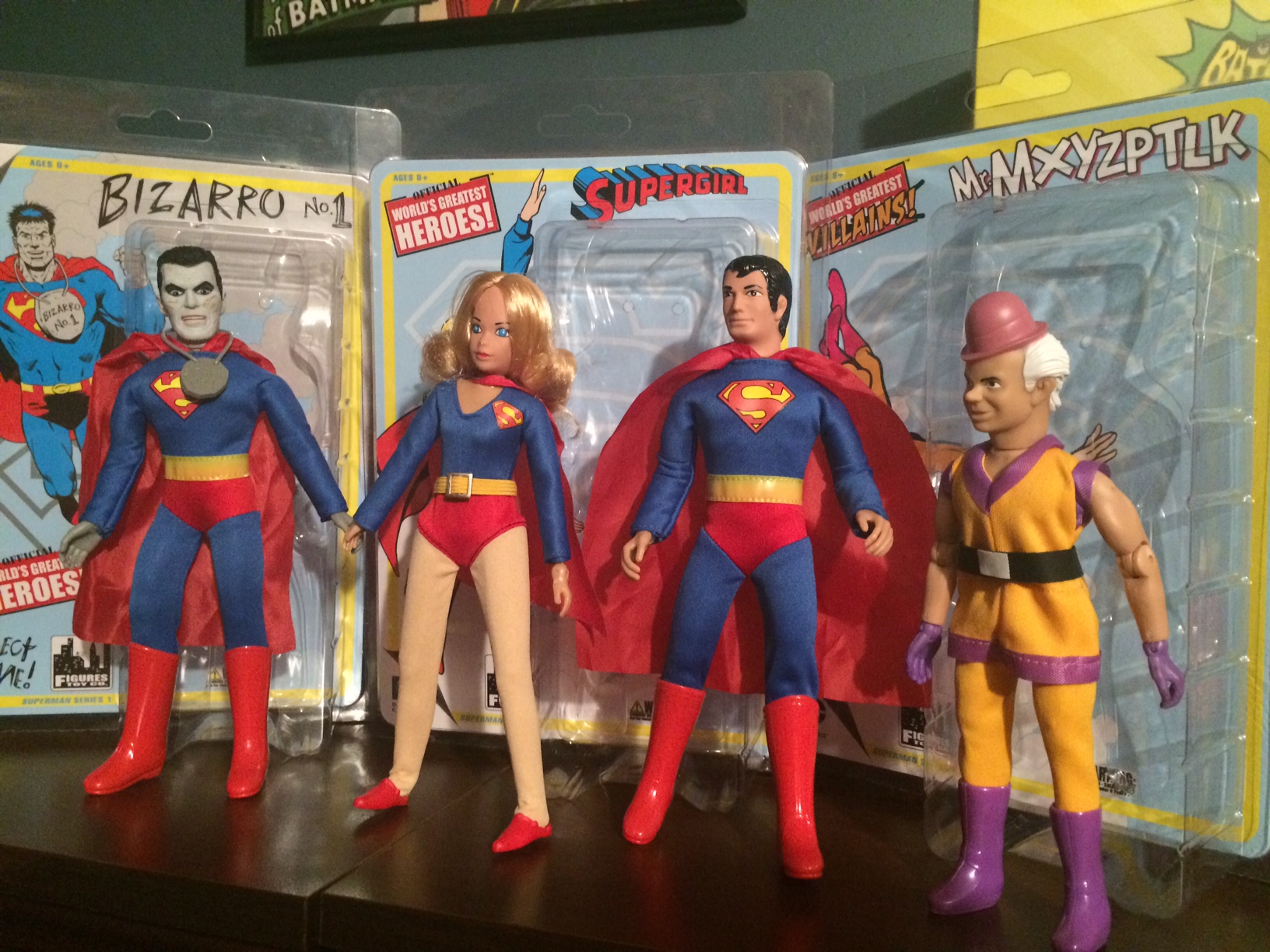 So far, we’ve brought you the trio of Aquaman, Shazam! and Green Arrow. Superman himself came out a couple weeks ago, along with Wonder Woman.

Now? The rest of Superman Wave 1!

We’ll start with the king of backward-speak. And remember, everything he says is the opposite of what he means!

Me am think Figures Toy Company Bizarro am terrible! Am one of the worst Superman figures ever! Mego never should have made Bizarro in the ’70s and me am angry FTC make him now. Bad, FTC, bad! 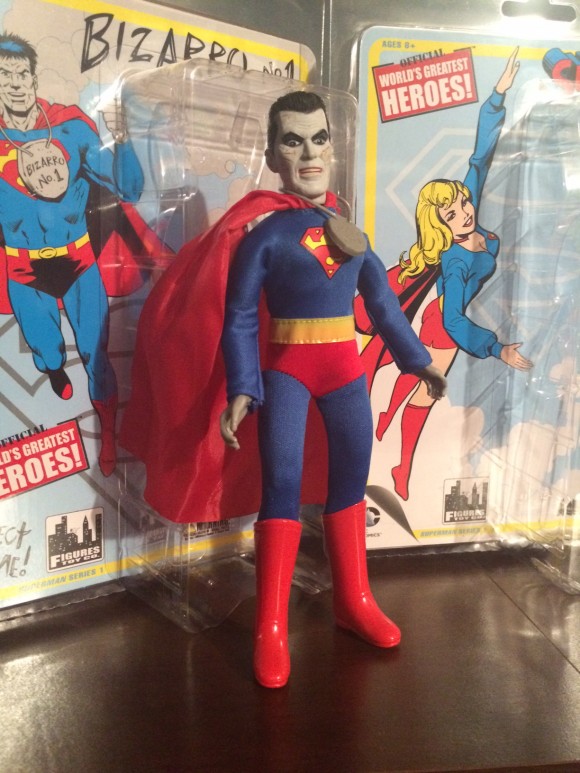 In other words, this is an inspired action figure that’s executed brilliantly. A superb addition to the world of Mego Never-Weres-But-Should-Have-Beens. Just look at that face!: 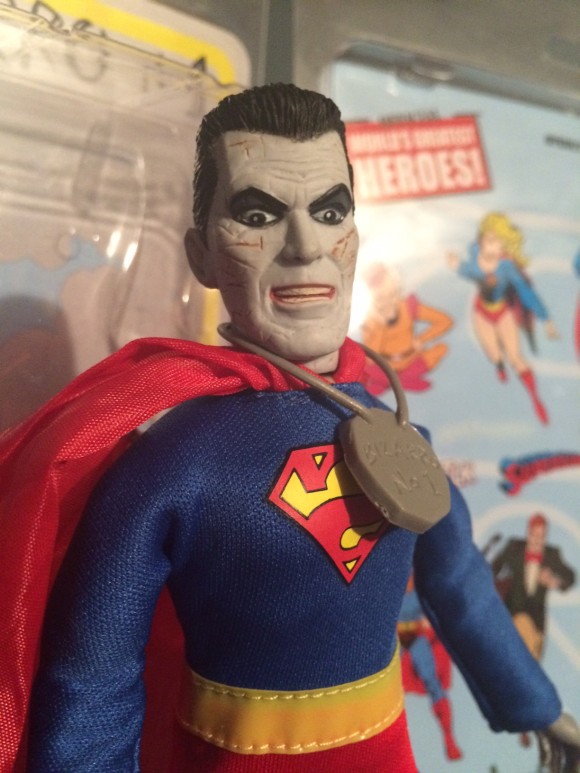 Speaking of talking backwards, Figures Toy Company rights another historic mistake, by revamping the imp from the Fifth Dimension by making him small and slight instead of tall and fat. To this day, I don’t understand why ol’ Mxy was the only Superman villain made by Mego. Forget Luthor, who was the obvious choice. They could have very easily gone with, as we see above, Bizarro — or Brainiac, Metallo, on and on.

But if FTC is gonna be completist and give us Mxy, at least they put him in relatively better proportion.

Still, maybe I can get him to say Kltpzyxm, and he’ll go back to the Fifth Dimension, where he can get back to grooving on the Age of Aquarius. 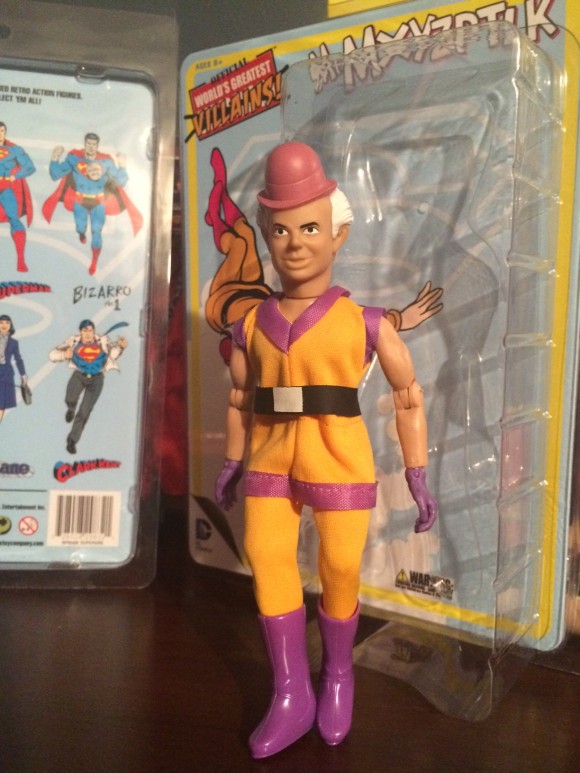 Like Wonder Woman, I never had Supergirl the first time around. For me, I only wanted the “Super-Gals” from the Batman universe, Batgirl and Catwoman.

But presented the chance to get hot-cha hot-pants Supergirl, I was ready to fly. Love the ’70s styling and I hope DC gets the message from the outpouring of support for Batgirl of Burnside and revamps Supergirl in similar version. Angry Kara is a noxious idea.

Anyway, FTC’s Supergirl is a kewpie cutie, right down to her red slippers! 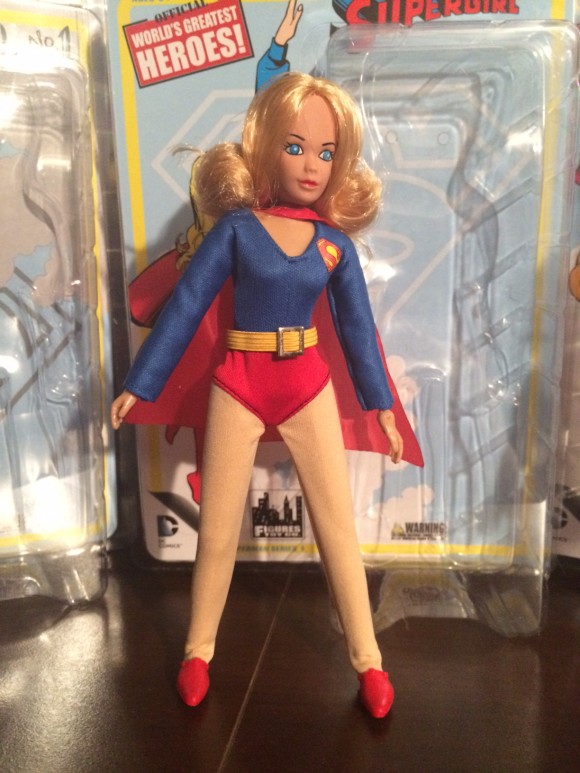