REVIEW: Filling out the Hall of Justice

Figures Toy Co. has focused primarily on Batman and Superman so far. But any Megohead worth their Justice League signal device knows that you can’t recreate the original ’70s run without Aquaman, Shazam! and Green Arrow. 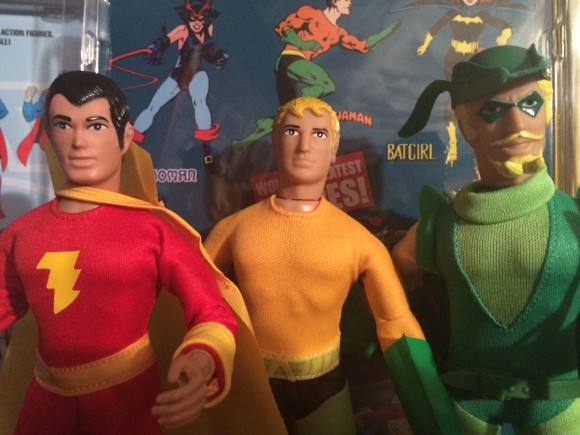 FTC has released a raft of merch in the last week or so and we’re reviewing the figures and items we’re mostly interested in, which is to say almost all of it. So get ready for a bunch of reviews in the coming days!

Now, with Aquaman, Shazam! and GA, Figures Toy is going a different route, at least for now. You can get the three of them two ways: in 2-packs or in Fist-Fighting form with Super Powers packaging (FTC examples shown below). Whether the regular versions will be released as singles is unclear. 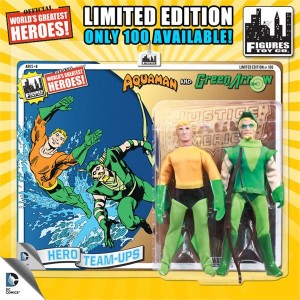 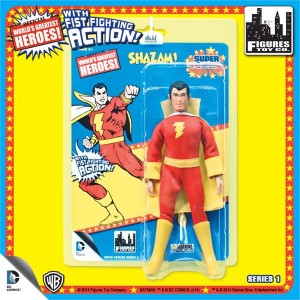 But after high-level negotiations that required couriers, passwords, diplomatic misdirection and no less than three black ops missions, we got our hands on the three as regular figures.

Here’s what I think of ’em!

The swift and powerful monarch of the ocean was probably one of the easiest for FTC to replicate, and it shows. Aquaman is nearly a dead ringer for his Mego counterpart, right down to his mysteriously pointed ears. They had to have been confusing him with Namor, right?

As much as I dig Aquaman — and I do — it still amazes me that he was such a big part of ’60s and ’70s kidhood. Such is the power of Filmation and Super Friends. I guess that’s pretty much why Mego left Flash and Green Lantern on the bench. Mattel’s versions from a couple years ago left me cold because they couldn’t even stand up straight. I look forward to what FTC has in store for those guys. 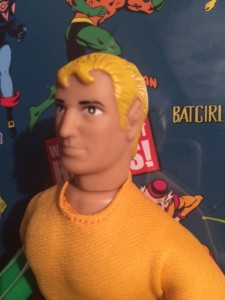 Then again, they did give us GA, which turned out to be one of the all-time great Mego figures. And guess what — FTC improved upon the original design with a hat that easily stays on.

Right on target! Get it? 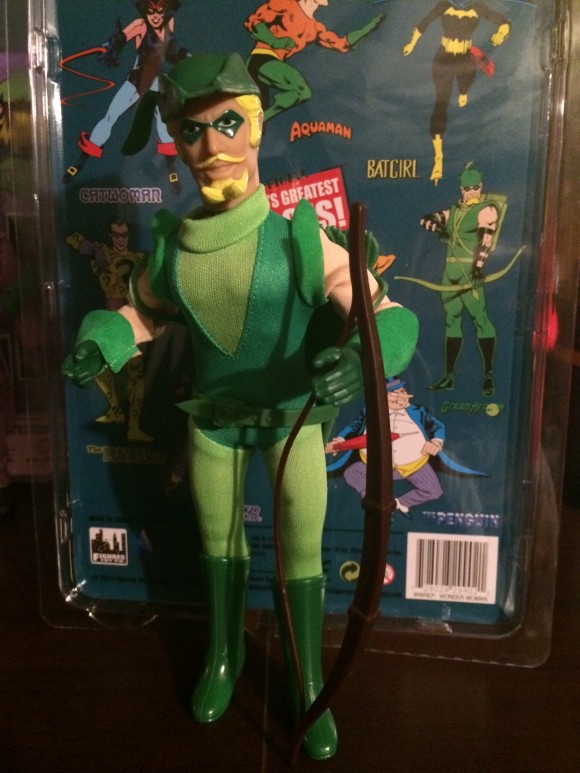 Another figure benefiting from the ’70s zeitgeist. The original Captain Marvel — er, Shazam! — er, Captain Ma — oh, WHATEVER — returned from legal oblivion and joined the pages of DC Comics. Soon after, Saturday-morning TV.

The Big Red Cheese always cut a handsome (action) figure and Figures Toy again nails it. Weird fit around the belt, though. 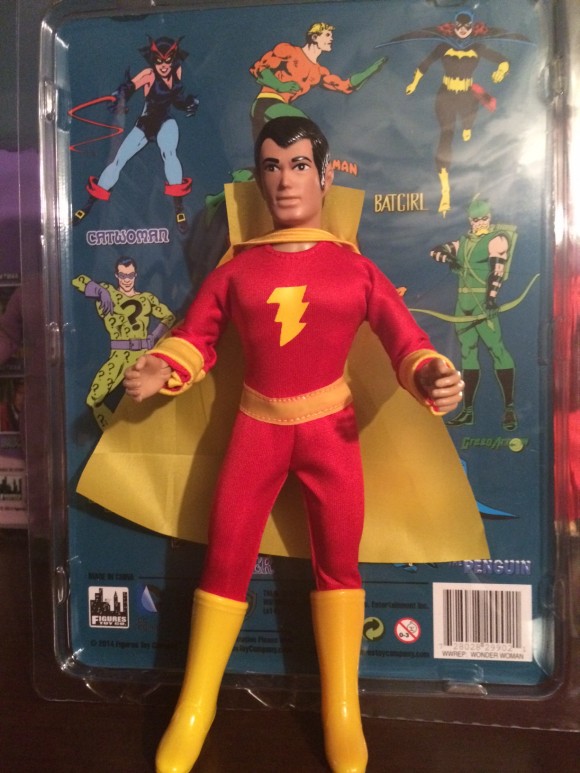