Marc Buxton’s looking at all of Marvel‘s new #1s as they come out. Earlier this week, we gave you Ant-Man and Operation SIN. Here are two more: 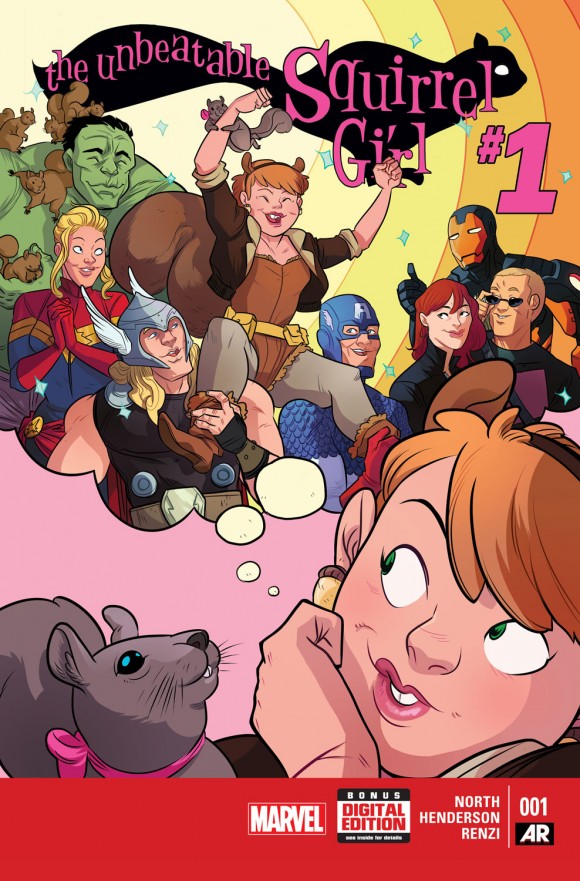 The Unbeatable Squirrel Girl #1.Writer: Ryan North. Art: Erica Henderson. Trading Card Art: Maris Wicks. Color Art: Rico Renzi.
Man, is this in every way imaginable a fun comic. It’s not too over the top and has a layer of sweetness to make it a universal read. It’s wacky but not to Deadpool levels and sets up a new status quo for Squirrel Girl. The book should appeal to Ms. Marvel fans in many ways but will also draw in the My Little Pony crowd, and I mean that as a compliment. Ryan North understands how to tell story like this, with just enough action to make it feel like a Marvel comic and enough strange humor to give it a hip indie feel. Erica Henderson’s art is perfect for Squirrel Girl: She has the comedic timing of a master and draws really, really adorable squirrels. Please, give this book a try. It’s a breath of fresh air and good on Marvel for giving it a chance.

Wolverines #1 also came out this week, but Squirrel Girl, Ant-Man and Operation SIN are where it’s at.