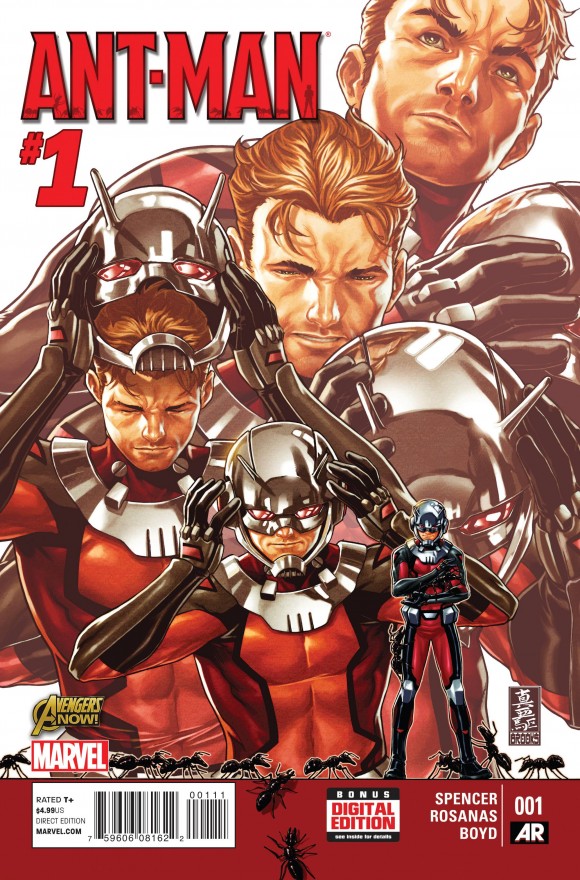 I guess you can safely say that this first issue of Scott Lang’s new title officially begins the Year of Ant-Man. With a full trailer to the upcoming film starring Paul Rudd imminent, things are looking good for Scott as far as being a major player in the Marvel Universe is concerned. If this issue is any indication, this is going to be a great year for Ant-Man indeed. Nick Spencer juggles catching readers up on Lang’s complex history and establishing a new direction for Marvel’s next film superstar. The writer brings the same lightness, the same deft characterization, the same intensity, and the same hilarity he used to such great effect on Superior Foes of Spider-Man. This comic, the first new Marvel book I read in 2015, could be a strong contender for Comic of the Year. Yeah, it’s that good. By issue’s end, new fans will understand exactly who Scott Lang is and what makes him so special. The excellent visuals by Ramon Rosanas and Jordan Boyd just add to the fun.

For another Advance Review, check out Marvel’s Operation SIN #1 here! 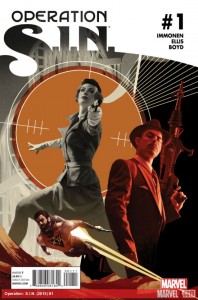