Bruce Wayne, Dick Grayson, the Penguin and Egghead: More of the figures I’ve been waiting decades to get my hands on!

When Figures Toy Company‘s first wave of Batman ’66 figures — Batman, Robin, Joker and Riddler — came out, it was almost like a weird personal milestone.

As much as I loved my Megos as a kid, what I really wanted was for them to look like the actors on the TV show. It took 42 years, but finally I had my hands on the first ones.

In addition to a fun wave of variants, now we’re at Series 2: Bruce Wayne, Dick Grayson, the Penguin … and the first-ever, official, full-size Egghead figure in the history of Batkind. 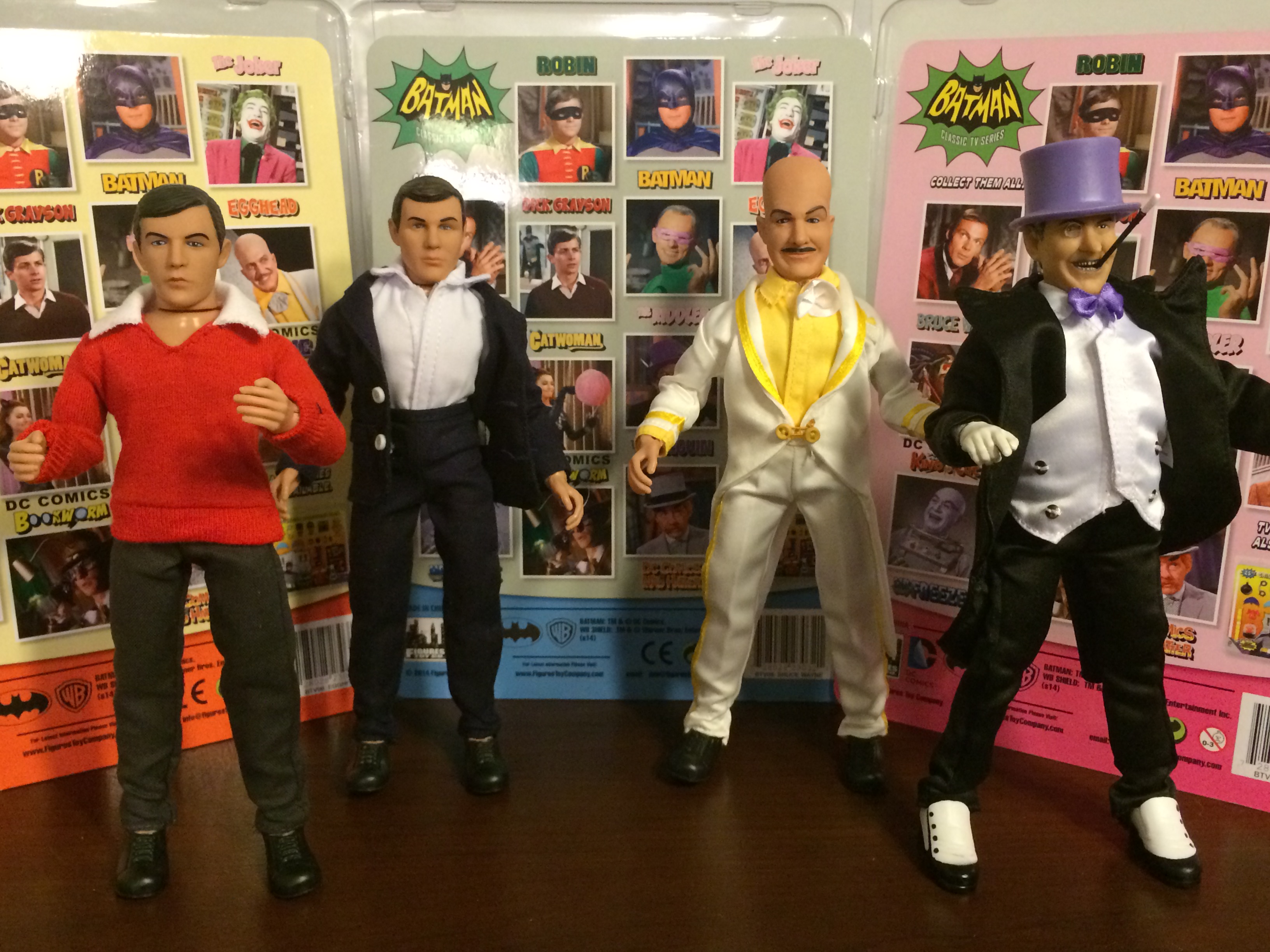 As a whole, the wave isn’t as colorful as the first wave, which was a series filled with 8-inch, technicolor glory. But this is a bedrock wave nonetheless. No collection would be complete without three of these guys — and the fourth takes it to a level no fan in their right mind would ever expect: 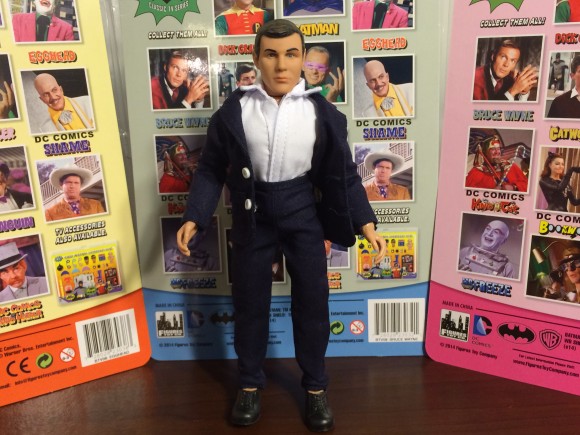 You need secret-identity figures for a good line to really become great. As a kid, part of the fun of playing with Megos was imagining the transformation — it’s why Removable Cowl Batman remains so popular. So getting Adam West as Bruce Wayne is an outstanding addition to the line.

I love his outfit and I love how he looks. Welcome to Stately Wayne Manor! 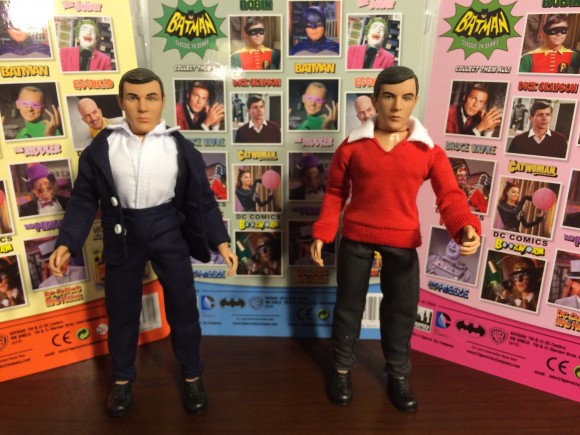 In the ultimate in First World Problems, some of the Internet has complained that neither Bruce nor Dick look enough like Adam West or Burt Ward. Oh, come on. Are they dead on? No. Are they good enough? Lord, yes.

And having Dick in his red V-neck pullover? Holy verisimillitude! 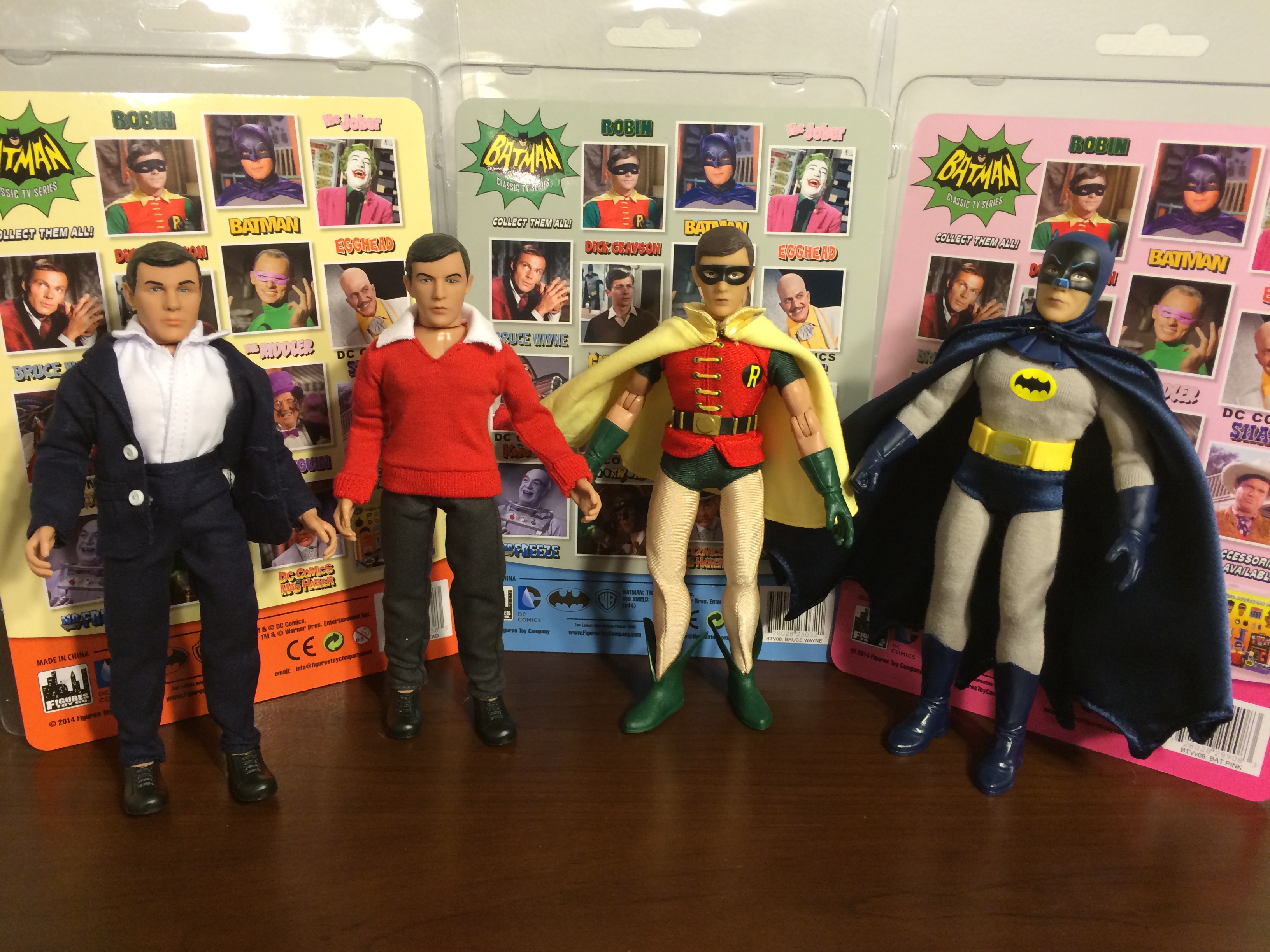 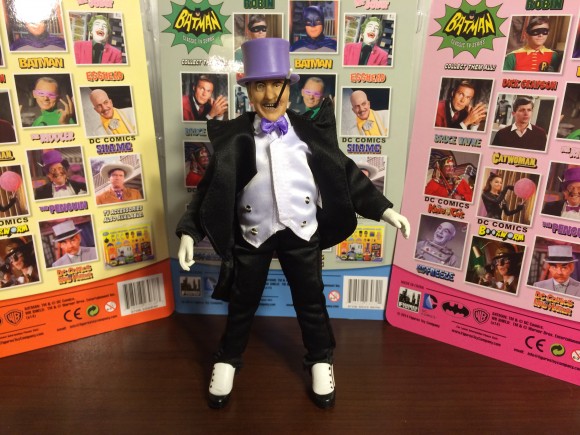 You can’t have the Joker and Riddler without the Penguin, simple as that. Just like Catwoman when the time comes, any Batman ’66 set has to have the four main villains. 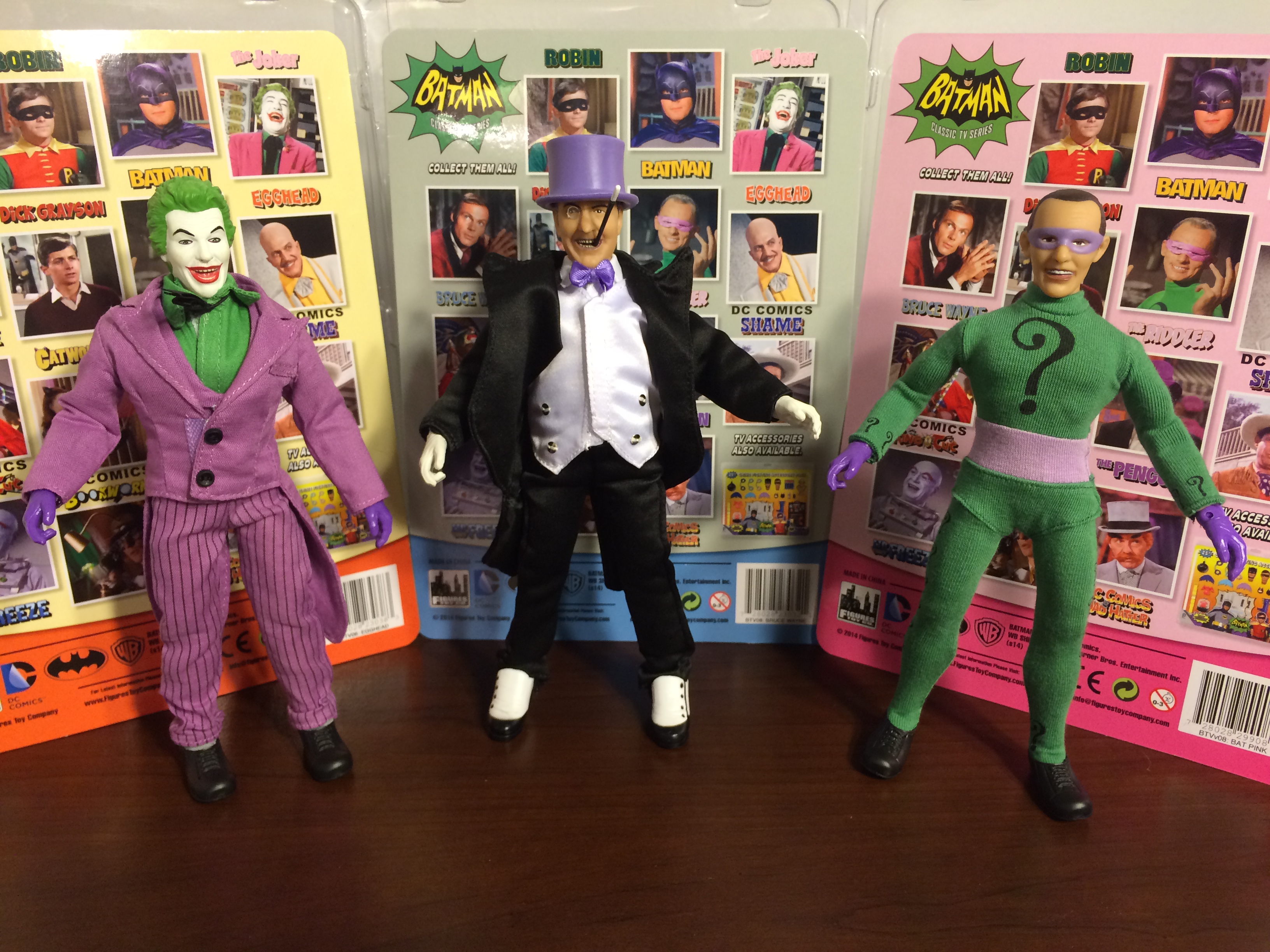 I love the Penguin’s TV-accurate color scheme, though I would’ve been just as happy if they molded the hat to his head like the original Mego (or FTC’s own remake). It’s a little awk-awk-awkward looking, but again, I can live with it. 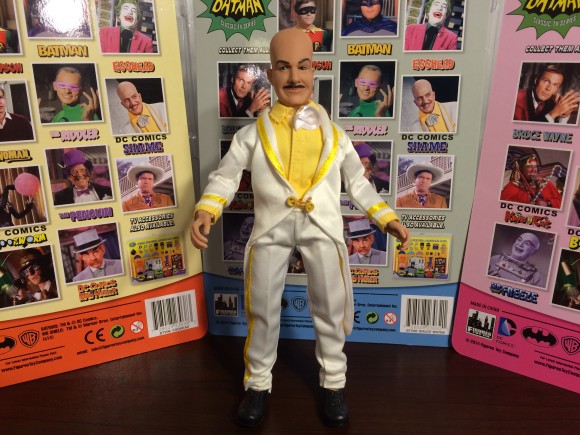 Never in a thousand years would I have ever thought we’d see an Egghead action figure and yet here we are — an eggstraordinary feat.

I do have a confession, though: I was never a big Egghead fan. I found him to be too silly and unctuous, even on a show that celebrates the silly and unctuous. No, as the created-for-TV villains went, Egghead was one of the more annoying — and like eggs, he doesn’t age well.

Sorry, all you Vincent Price fans. Hell, as a kid, I hated King Tut but as an adult, I see Victor Buono’s performance as nothing short of comedic brilliance.

But we’re here to talk action figures, are we not? We are!

Well, this Egghead action figure is … wait for it … any second now … EGGSELLENT! The likeness is almost as good as the Cesar Romero Joker, and perhaps even better. The outfit? Eggsacting to detail! 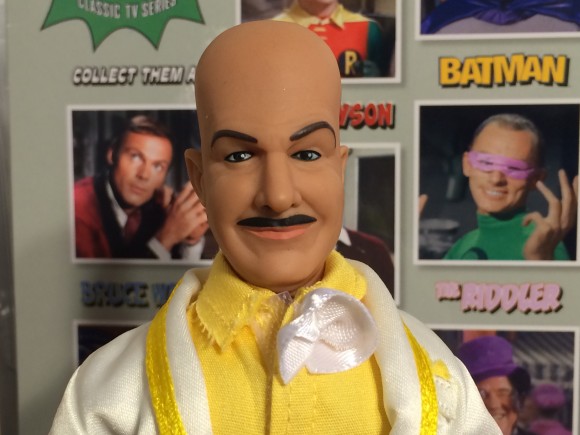 Olga would not be able to get enough of this little omelette of villainy!

Judging Egghead on his own merits and comparing him against the rest of the wave, I hereby certify him … GRADE A.