This week for RETRO HOT PICKS, Scott Tipton and I are selecting comics that came out the week of Jan. 19, 1992 — the first time we’ve tackled that year.

(Keep in mind that comics came out on multiple days, so these are technically the comics that went on sale between Jan. 16 and Jan. 22.)

So, let’s set the scene: George Bush (the first) was going into his presidential re-election year. He would ultimately be upended by a dark horse Democratic candidate from Arkansas — Bill Clinton. The psychological thriller The Hand That Rocks the Cradle was the No. 1 film at the box office. It had a surprisingly healthy, four-week stay at the top.

TV ratings for the week aren’t readily available, but 60 Minutes was typically the top program, while Roseanne was also a smash. The atrocious All 4 Love, by Color Me Badd, was the best-selling single on the Billboard 100. Not to be unkind, but that might be the weakest song I’ve ever mentioned in this column.

So what else was high on the charts? Nirvana’s monster breakthrough Smells Like Teen Spirit (at No. 8) and U2’s Mysterious Ways (at No. 9). But the song we all needed in our lives was at No. 10 — the spectacularly, hilariously campy I’m Too Sexy, by Right Said Fred. (Ropin’ the Wind, by Garth Brooks, led album sales.)

So sexy, it hurts.

Batman #475, DC. Breyfogle in the house! Alan Grant and Norm Breyfogle bring back their most popular co-creation — the Ventriloquist. Arnold Wesker was created by Grant, Breyfogle and John Wagner several years earlier; he remains one of Batman’s cult-fave bad guys to this day. 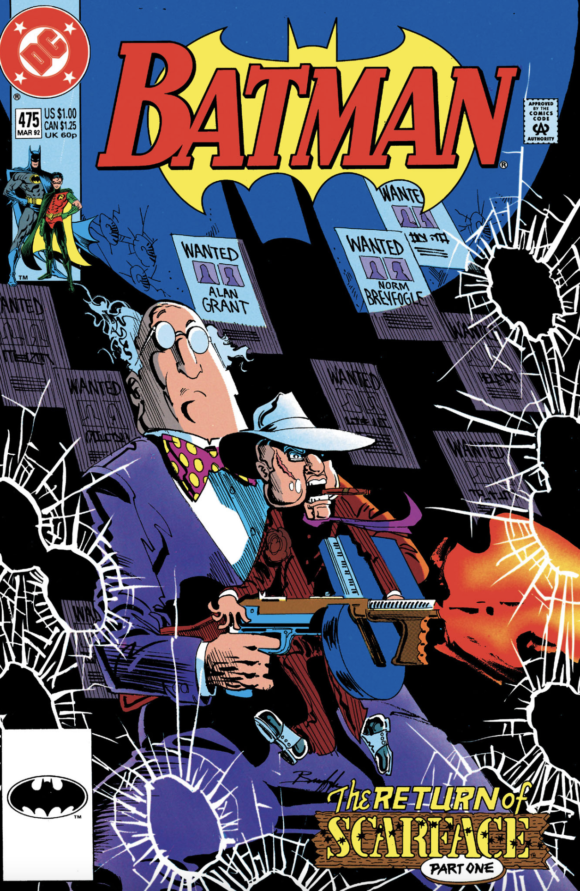 Scott adds: I remember really liking the Grant/Breyfogle Batman run, especially the ones with their trademark character the Ventriloquist.

Justice League America #60, DC. This was the end of the classic JLI by Giffen, DeMatteis and Maguire. After this crossover with Justice League Europe, both teams would be revamped and the days of wine and bwah-ha-has would become a warmly remembered thing of the past. 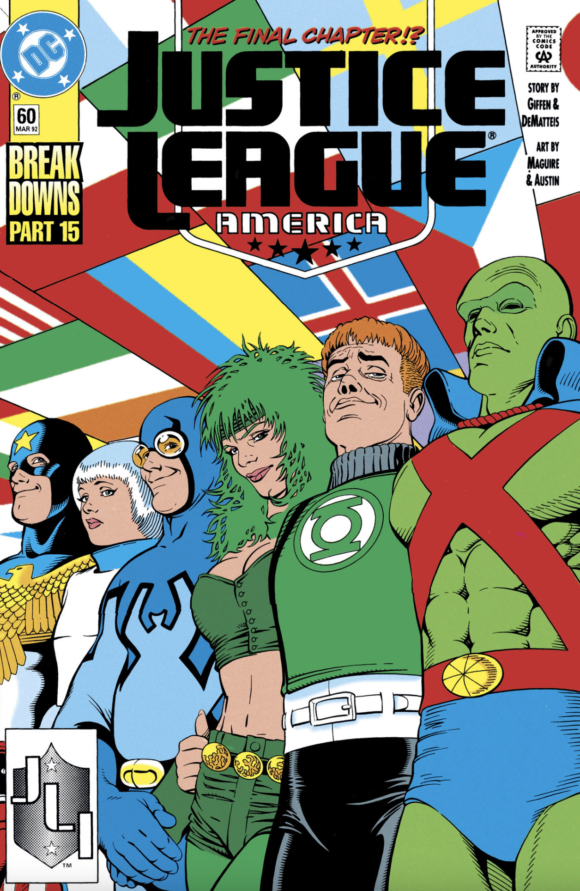 Marvel Milestone Edition: Amazing Fantasy #15, Marvel. How do you pass up a reprint of Spidey’s first story by Lee and Ditko? You don’t. 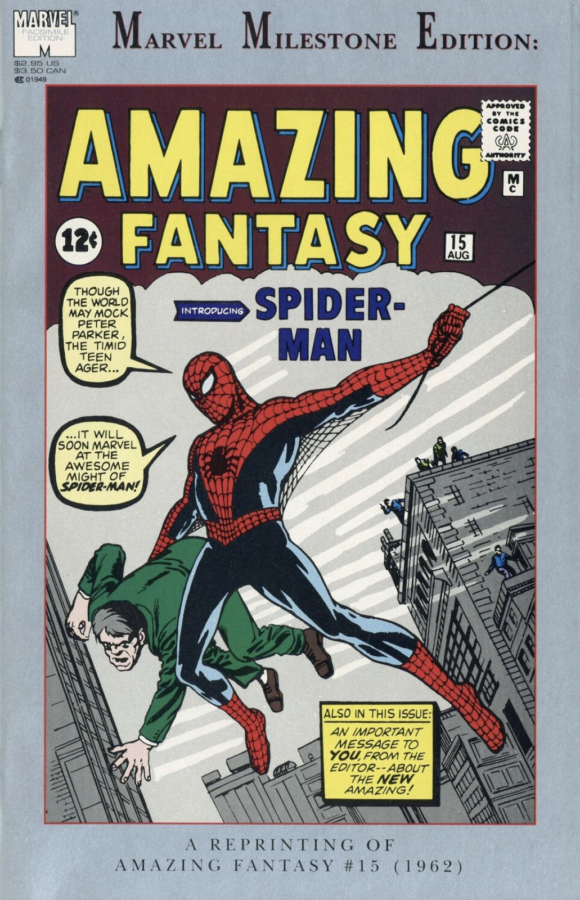 Excalibur #48, Marvel. I always felt like Excalibur was a book that looked much better than it actually was when you read it. 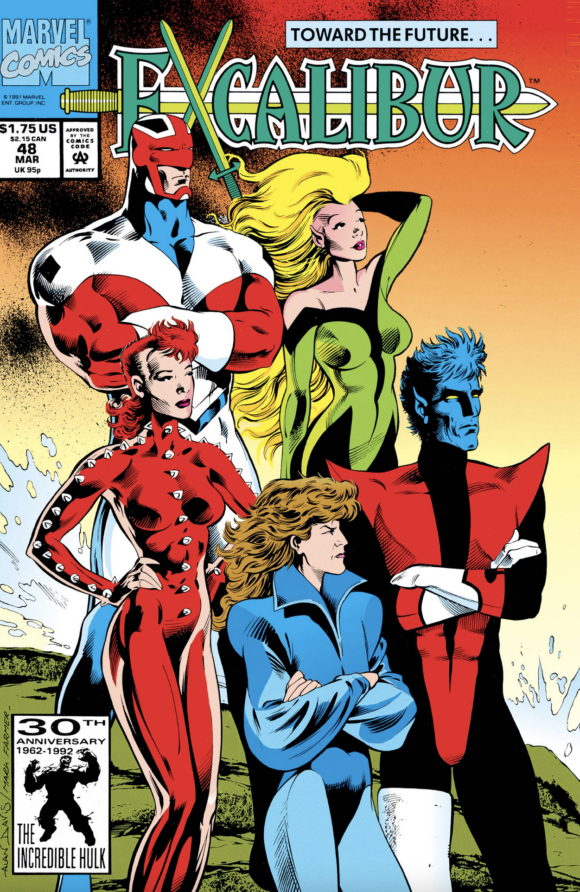 The Incredible Hulk #391, Marvel. Writer Peter David was on a real hot streak in ’92, with very popular ongoing runs on both Incredible Hulk and X-Factor. Naturally, crossing them over was a must-do. 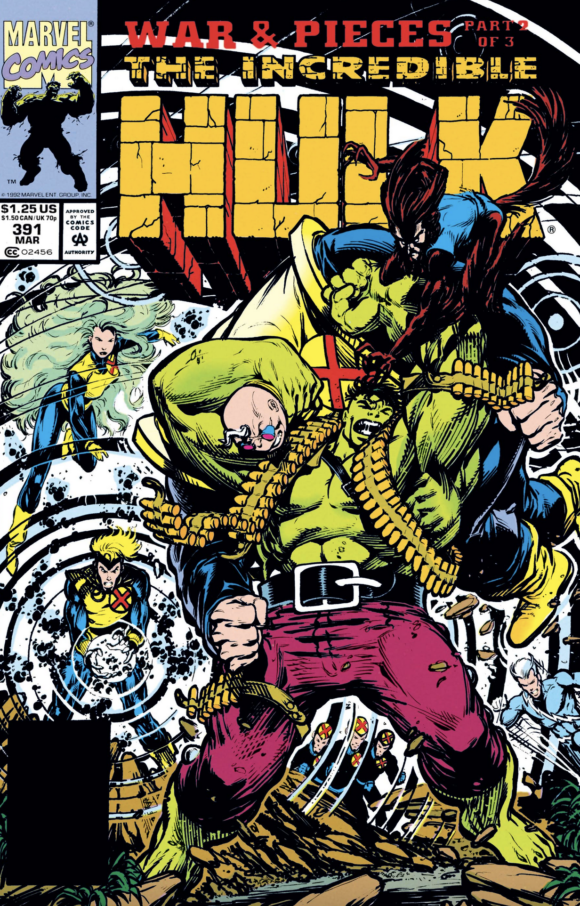