NOTE: Aaaaand, we’re back! Been sick. Feeling better. Ready to start posting again. This originally was scheduled to run on Wednesday, as usual, but we’re still in the same week so here you go! Dig it! — Dan

This week for RETRO HOT PICKS, Scott Tipton and I are selecting comics that came out the week of Jan. 5, 1987.

(Keep in mind that comics came out on multiple days, so these are technically the comics that went on sale between Jan. 2 and Jan. 8.) 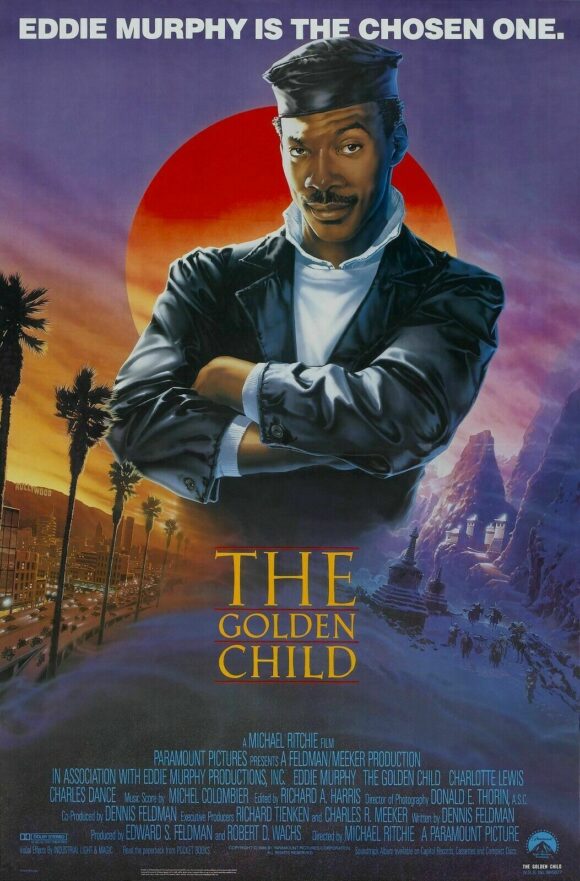 So, let’s set the scene: Ronald Reagan was in his second term as president. The Eddie Murphy flick The Golden Child was tops at the box office despite generally weak reviews.

As usual during this period, The Cosby Show was No. 1 in the Nielsens. Other popular shows, however, included Family Ties, Cheers, 60 Minutes… and The Golden Girls. 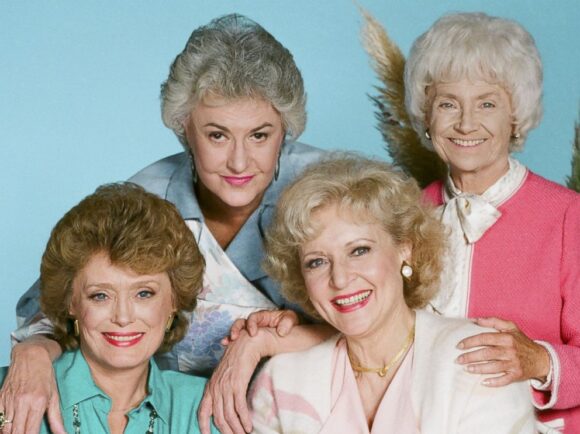 The incredibly catchy Walk Like an Egyptian by the Bangles topped the Billboard 100 while the box set Bruce Springsteen & the E Street Band Live/1975-1985 was the best selling album.

Batman #406, DC. “They’ve Got Him CORNERED. They’ve Got Him OUTNUMBERED. They’ve Got Him TRAPPED. They’re in TROUBLE…” Part 3 of one of the absolute greatest Batman stories ever — Batman: Year One, by Miller, Mazzucchelli and Lewis. How many great scenes are there in this one issue alone? Batman bringing down the GCPD SWAT team all by himself — and disappearing into a cloud of ravenous bats? Philandering Jim Gordon brooding on the edge of his bed, gun in hands, while his pregnant wife sleeps beside him? Selina Kyle putting on her Catwoman outfit for the first time? Batman saving the cat? I could keep going… 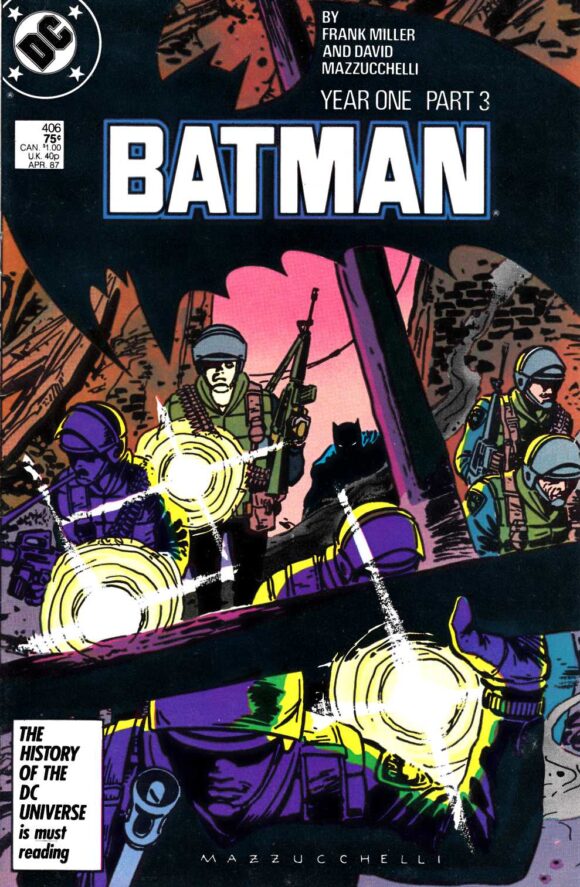 Scott adds: Coming only months after The Dark Knight Returns, Batman: Year One was another revelation, cementing Frank Miller’s gift for writing the character, and popularizing the lean and mean look for the Caped Crusader that later creators would often turn to for inspiration.

Watchmen #8, DC. Oh, yeah! This minor comics experiment was going on! Seriously, I’m not sure what’s left to say about Alan Moore and Dave Gibbons’ masterpiece. How about this: I didn’t like it when it first came out, didn’t finish it, and only picked it up again about 15-20 years later. I just wasn’t ready for it the first time around. Smartest superhero comic ever? Almost certainly. 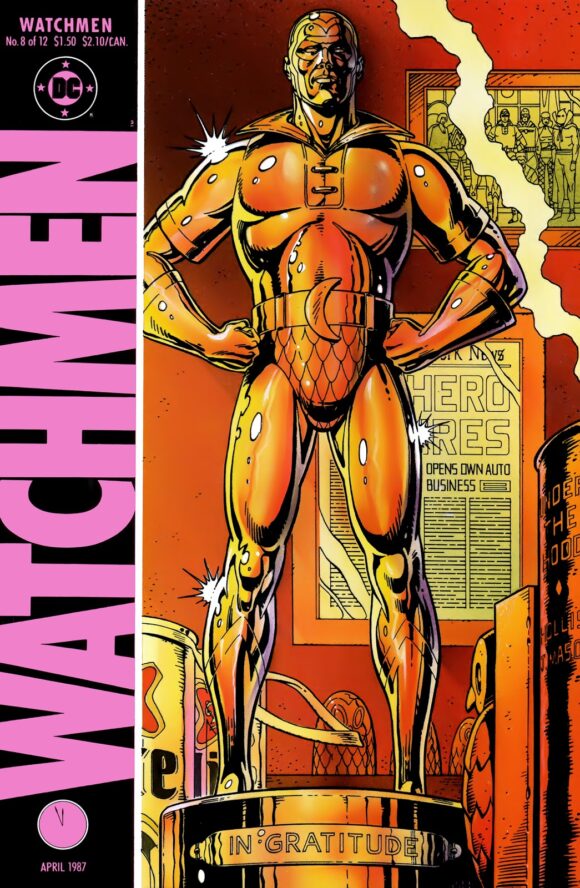 Wonder Woman #3, DC. The new, post-Crisis Wonder Woman arrives in Boston! Courtesy of George Perez (natch), Len Wein and Bruce D. Patterson. I was living in Boston at the time, so this was neat. 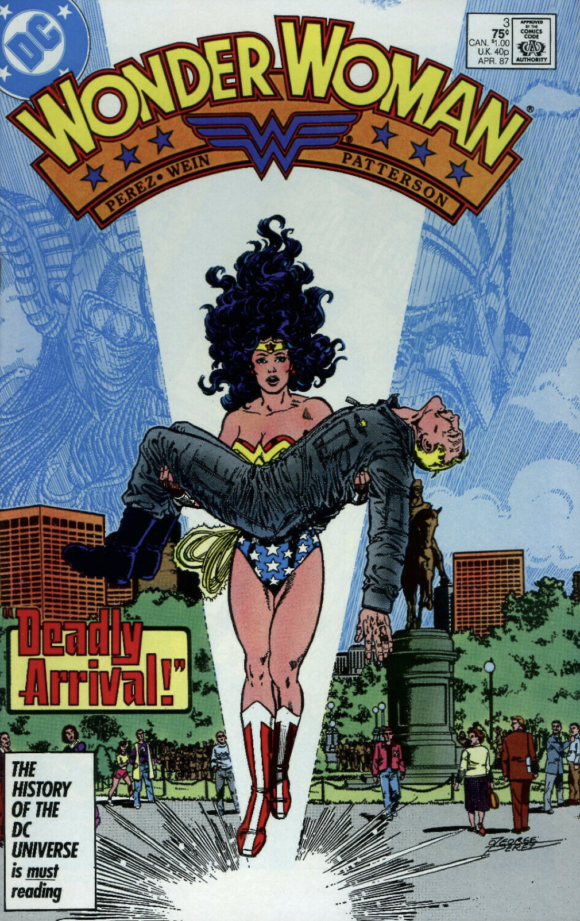 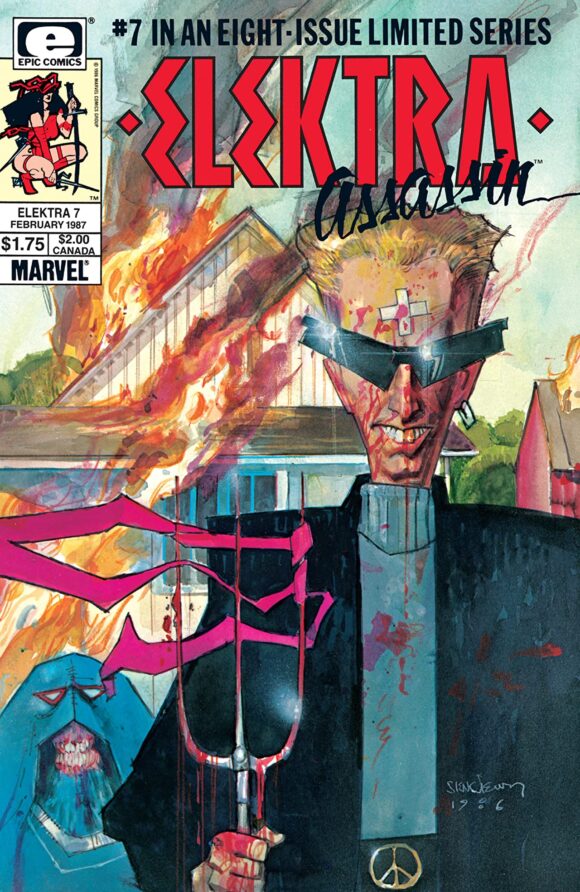 Who’s Who in Star Trek #2, DC. I didn’t really fall in love with Trek until the previous summer, when I would watch it late every night on Channel 11 in New York. So books like this were right in my wheelhouse because I could not get enough of the Starship Enterprise. 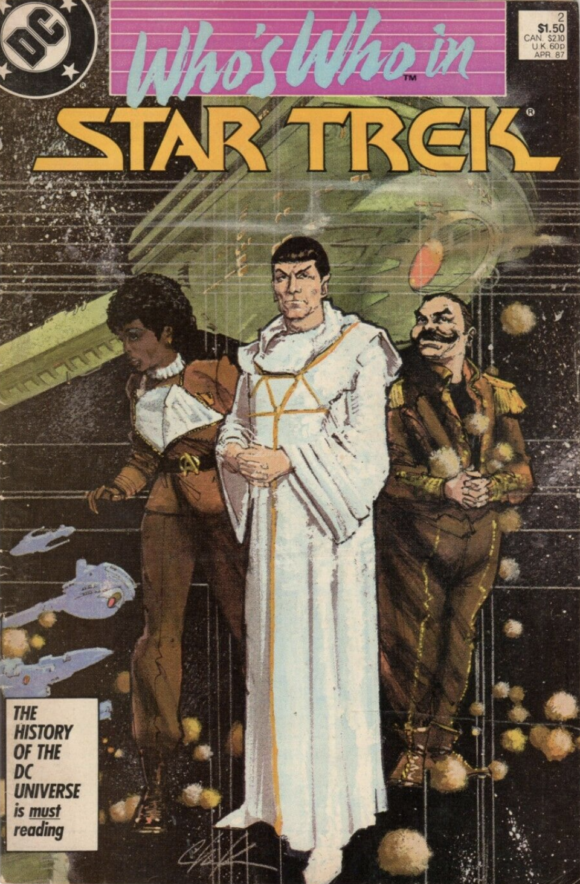 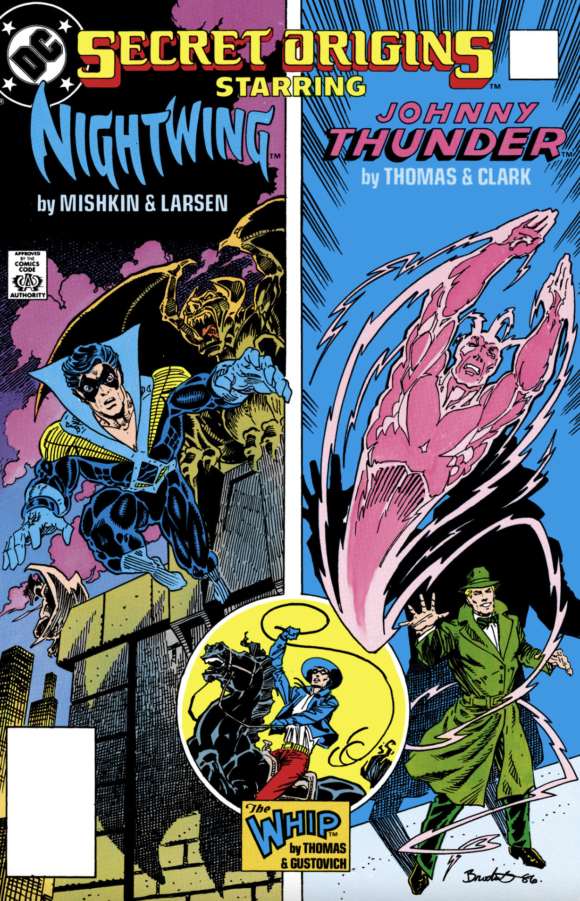 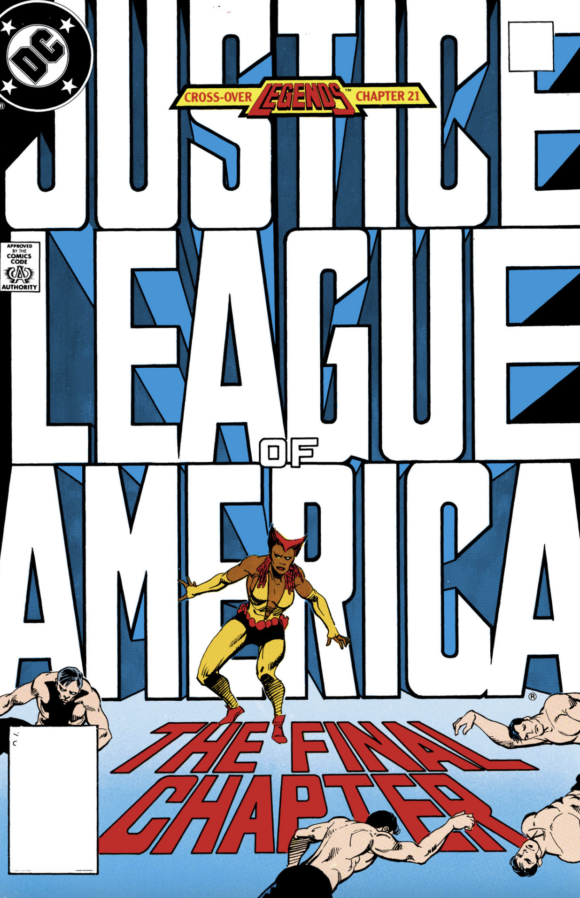 Dan adds: The end of the original JLA series and the end of the Detroit Era, all in one. Count me among the readers who didn’t dig this iteration of the team. But, hey, what’re you gonna do?

The Avengers #278, Marvel. This was a weird time for the team, just after the Mansion had been trashed by the Masters of Evil, so they wound up setting up camp on Hydrobase, this big floating science compound off the coast of New York City. Which naturally led to Atlanteans rolling up all the time looking for trouble… 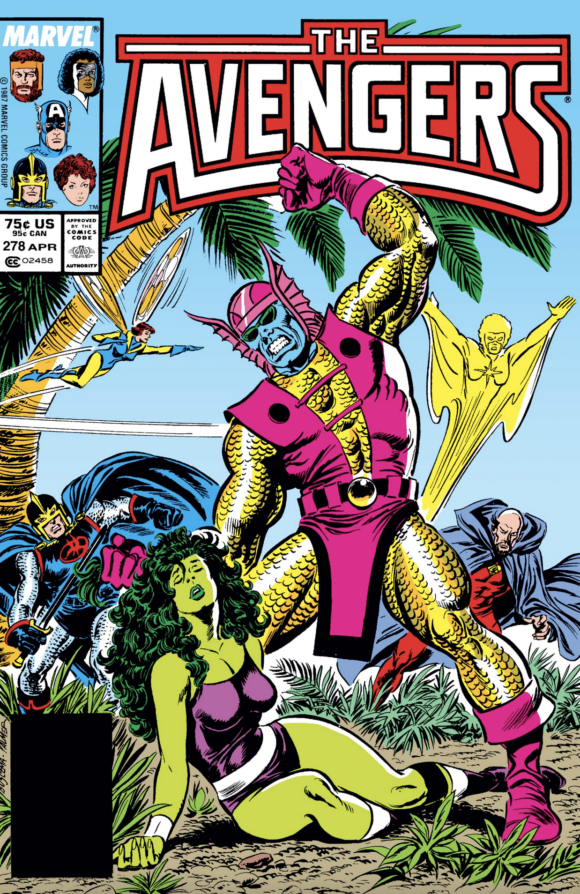 The Incredible Hulk #330, Marvel. Doc Samson had never been a sharp dresser, but this look was not an improvement. 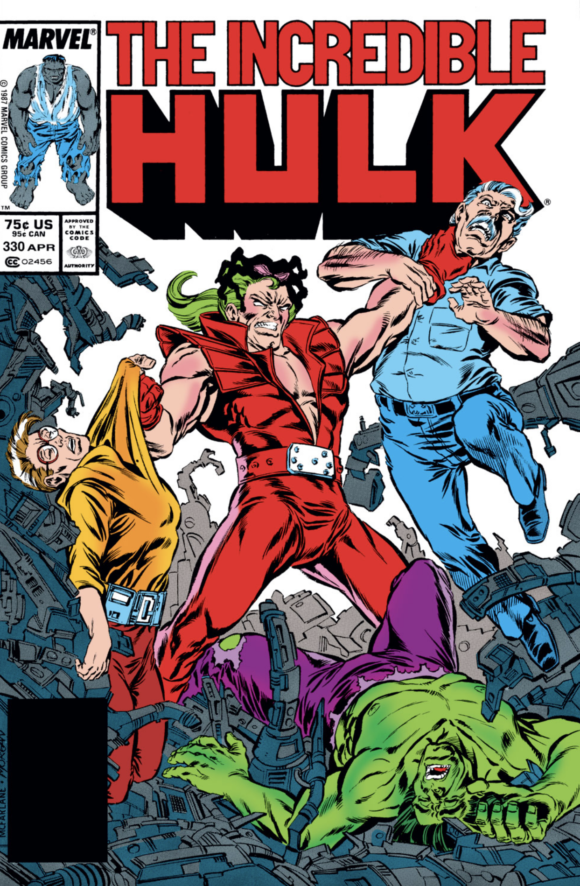