Scott and Dan hit up the comics racks from 31 years ago!

This week for RETRO HOT PICKS, Scott Tipton and I are going into the ’90s for the first time — selecting comics that came out the week of May 19, 1990.

(Keep in mind that comics came out on multiple days back then — as has become the case now. So these are technically the comics that went on sale between May 16 and May 22.) 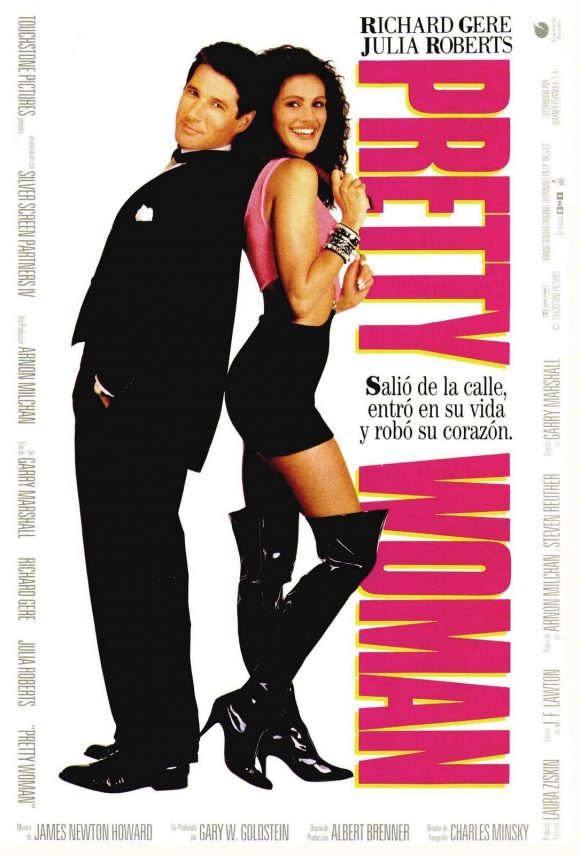 So let’s set the scene: George H.W. Bush was president of the United States. (At the time, he was simply called “George Bush,” of course.) The fairly weak Mel Gibson/Goldie Hawn action comedy Bird on a Wire was No. 1 at the box office for the week but former top-slot Pretty Woman was still having its cultural moment. TV wasn’t much better with America’s Funniest Home Videos the weekly ratings winner. (Reruns of Cheers and Roseanne were second and third, respectively.)

The best-selling single was Madonna’s Vogue, with Sinead O’Connor’s haunting, Prince-penned Nothing Compares 2 U as the runner-up. (The order was flipped around the previous week.) Sinead, meanwhile, had the best-selling album with I Do Not Want What I Haven’t Got. M.C. Hammer’s Please Hammer Don’t Hurt ‘Em was the No. 2 album.

U can’t touch this.

The Amazing Spider-Man #335, Marvel. Erik Larsen had a great Spidey run following up Todd McFarlane’s time on the title, and I remember this Sinister Six revival being its high point. 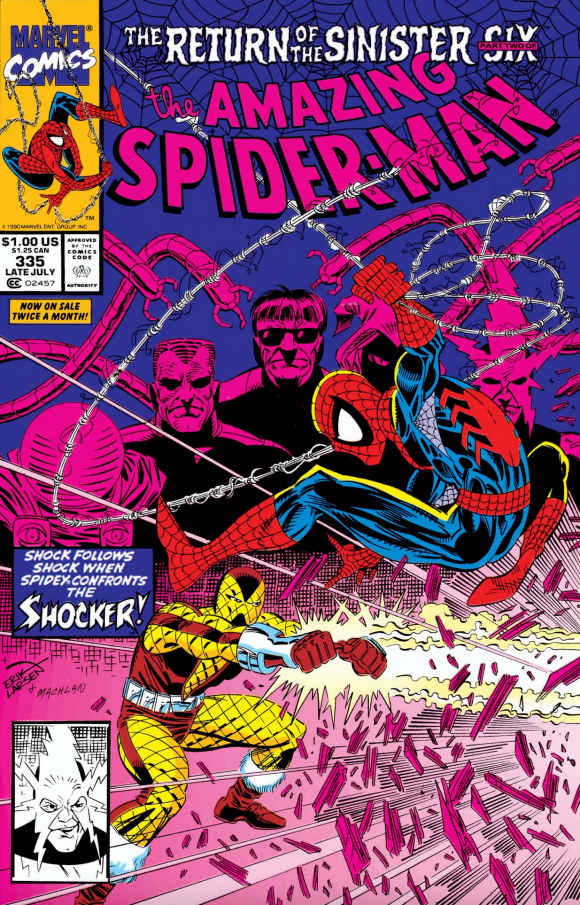 Iron Man #258, Marvel. John Byrne’s stint on Iron Man in the ‘90s was fairly uneventful, I have to admit. He didn’t even redesign the armor, sticking with Bob Layton’s Model 9 Armor for most of the issues. Although he did bring Fin Fang Foom into the Marvel Universe in these pages, so we’ll always owe him for that. 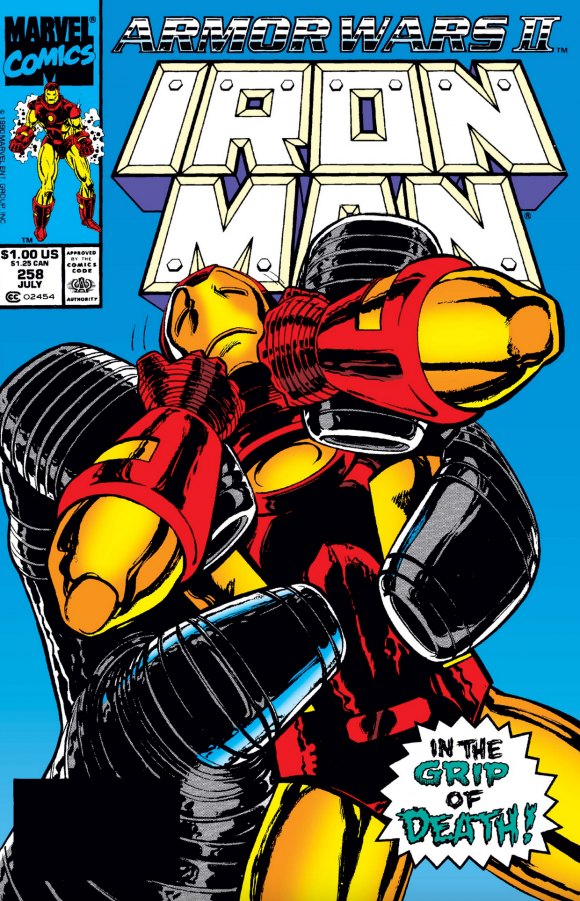 The New Warriors #1, Marvel. When this book hit the racks it was a shock, as Marvel had been in an X-Men/mutant frenzy for years, and I couldn’t even remember the last time a new team book consisting of existing non-mutant characters debuted; maybe 15 years earlier with the Champions? 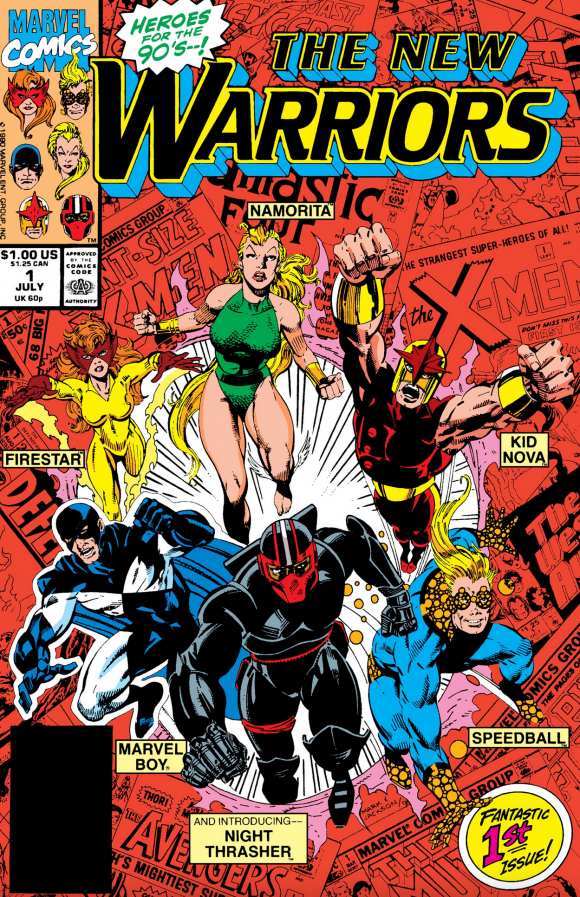 The New Titans #67, DC Comics. Man, this was a depressing time to be a Titans reader. Even though creators Wolfman and Perez were still at the helm, there was no Cyborg, no Changeling, no Nightwing – no fun. Just a lot of Raven, Jericho and the no-longer-Wonder Girl Donna Troy sitting around being bummed. Still, the art by Tom Grummett managed to keep the book’s artistic standards high. 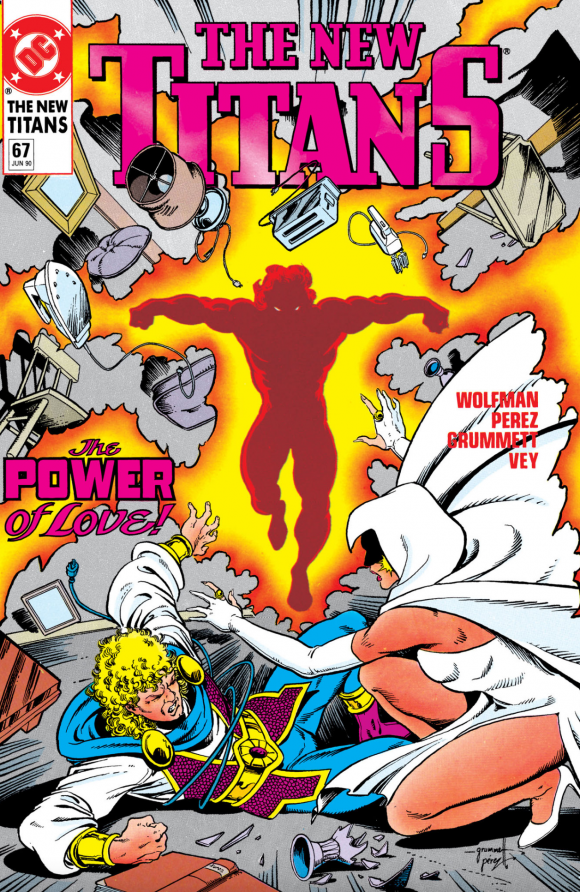 Detective Comics #617, DC. The Bronze Age ended in 1986 but I look upon the Grant-Breyfogle years as something of an extension. The stories were tight and the art was superbly dynamic. One of these days I’ll do a full-on re-read. Oh, and dig this Norm Breyfogle cover. (How could you not?) By the way, doesn’t the Joker look like he’s peacocking like Mick Jagger? 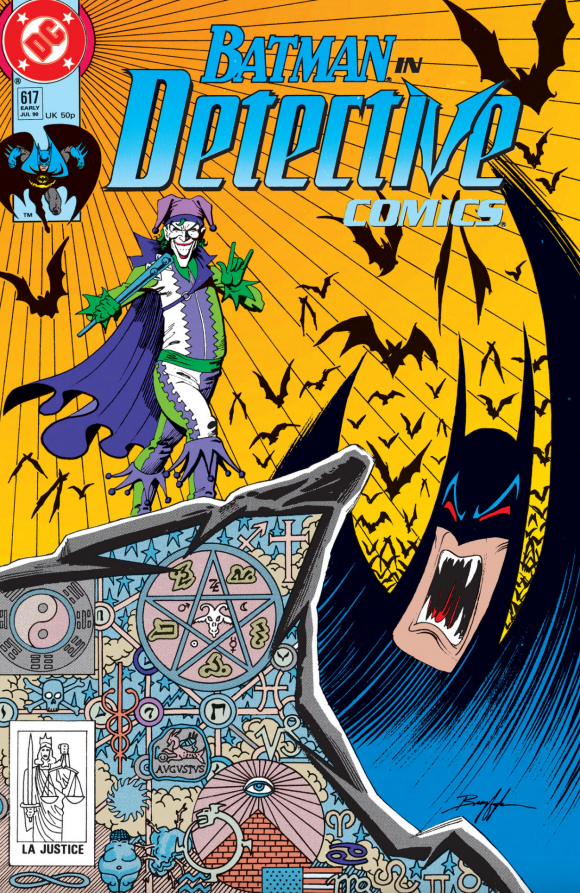 Superman #45, DC. Man, I loved the post-Crisis Superman books, and really enjoyed when he visited his living, breathing parents in Smallville. Still, all is not happy and joy. In this Jerry Ordway issue (with inker Dennis Janke), the Man of Steel breaks Lana Lang’s heart (again), by telling her he’s dating Lois Lane. 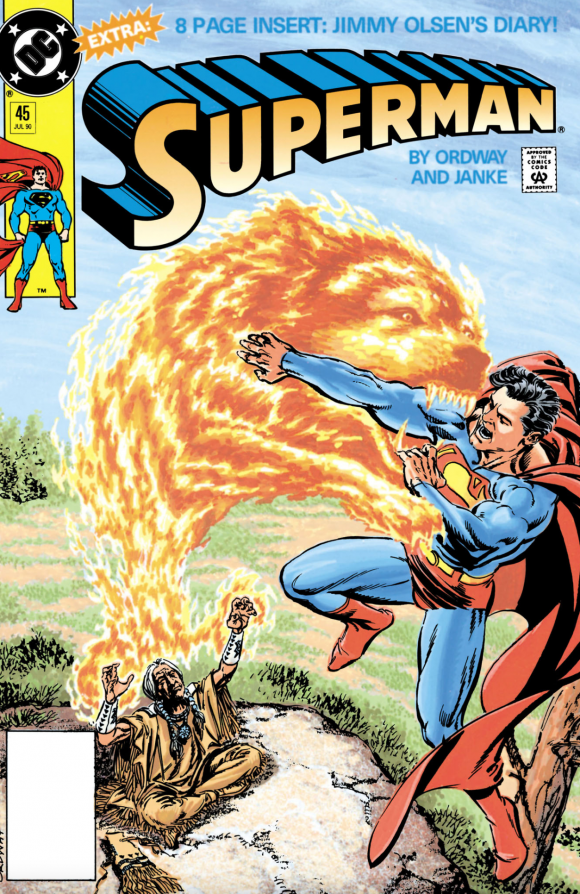 Star Trek #10, DC. I can’t believe that Scott — who writes Star Trek comics for IDW — didn’t pick this one! Dude! Anyway, I was a big fan of this series, which launched in the wake of Star Trek V, which I probably like more than you do. 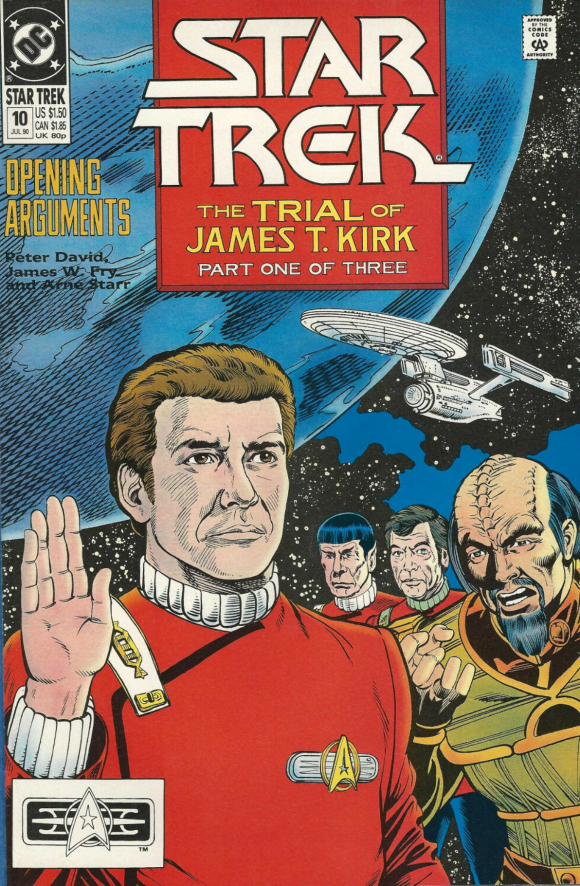 The Prisoner: Shattered Visage, DC. A trade paperback collecting the 1988 comics sequel to the cult-fave ’60s TV show. Would I have bought this in 1990? No, because I wasn’t really aware of the show yet. But I would now, since I started watching the show recently — for the first time, if you can believe it. (Click here for a SNEAK PEEK at an upcoming series of Prisoner action figures.) 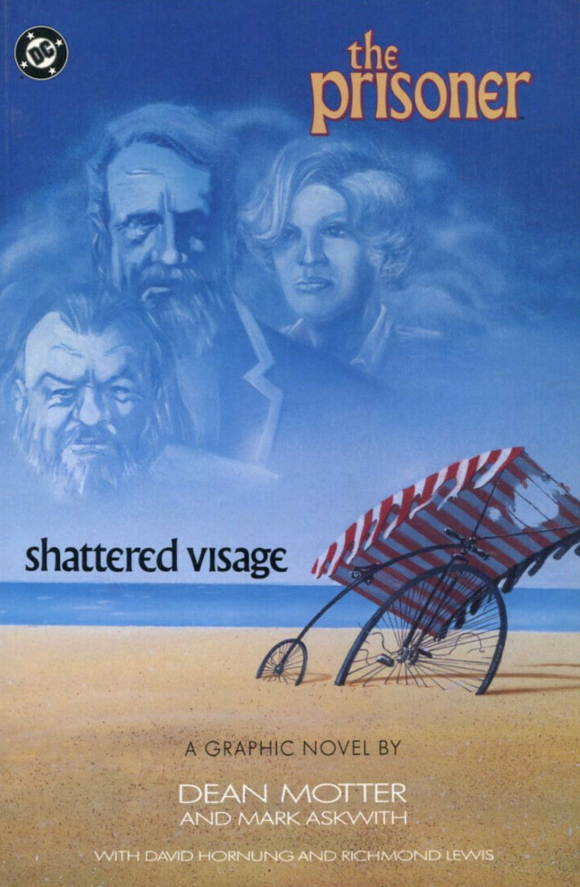