This week for RETRO HOT PICKS, Scott Tipton and I are selecting comics that came out the week of Sept. 29, 1984.

(Keep in mind that comics came out on multiple days, so these are technically the comics that went on sale between Sept. 26 and Oct. 2.) 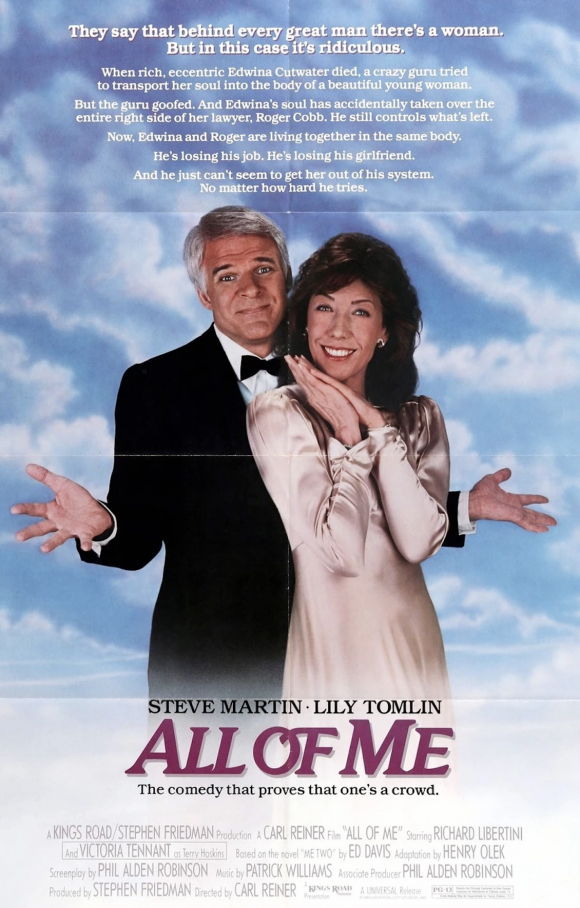 So, let’s set the scene: Ronald Reagan was on the verge of re-election to a second term. Carl Reiner’s All of Me, starring Steve Martin and Lily Tomlin, was the top movie at the box office. Ghostbusters — the year’s biggest hit — was still in theaters if you wanted to see it a third or fourth time.

Dallas was the top-rated TV program but The Cosby Show had just premiered Sept. 20 and would become a juggernaut by the end of the season. Prince was making the move from stardom to superstardom with the Purple Rain soundtrack, which topped the Billboard album charts while the single Let’s Go Crazy was No. 1 on the Billboard 100. (Runners up on the album charts? Bruce Springsteen’s Born In the U.S.A. at No. 2 and Tina Turner’s Private Dancer at No. 3. That’s an impressive Top 3.)

Detective Comics #545, DC. The last few years of Batman in the Bronze Age were a mixed bag. Batman and Detective crossed over regularly, sometimes for good, sometimes for not-so-good. This issue, pencilled by Gene Colan, was part of the seemingly endless Nocturna/Night-Slayer storyline(s), so if you dug that saga, this is for you. If not, well… 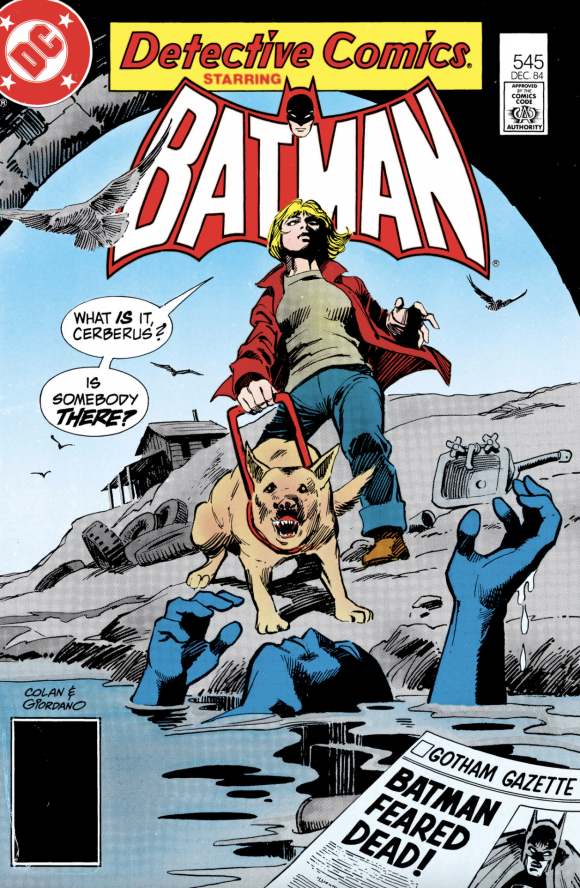 Scott adds: Gene Colan’s mid-‘80s run on Detective Comics is tragically overlooked, if you ask me. I think it’s some of his best work. 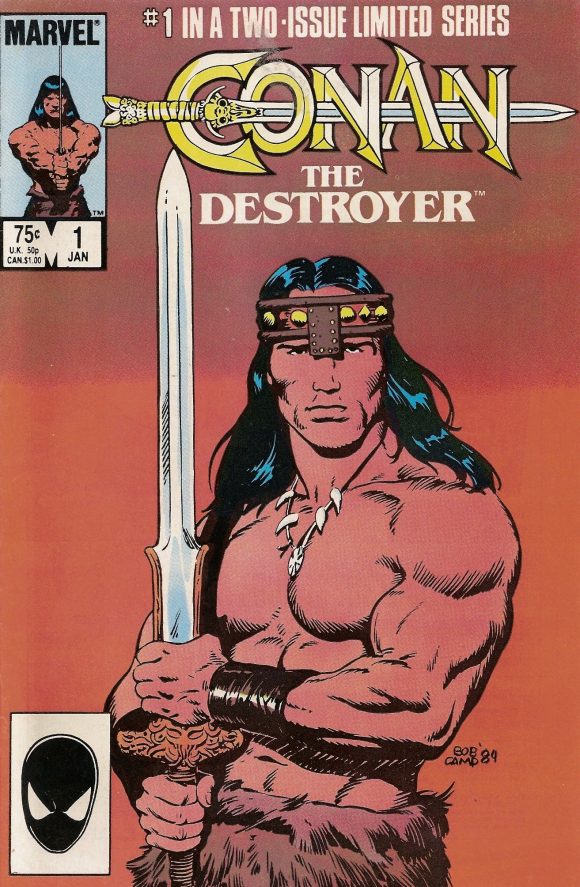 World’s Finest #310, DC. What I want to know is whether Sonik had to pay Luke Cage residuals for pretty much ripping off his outfit. 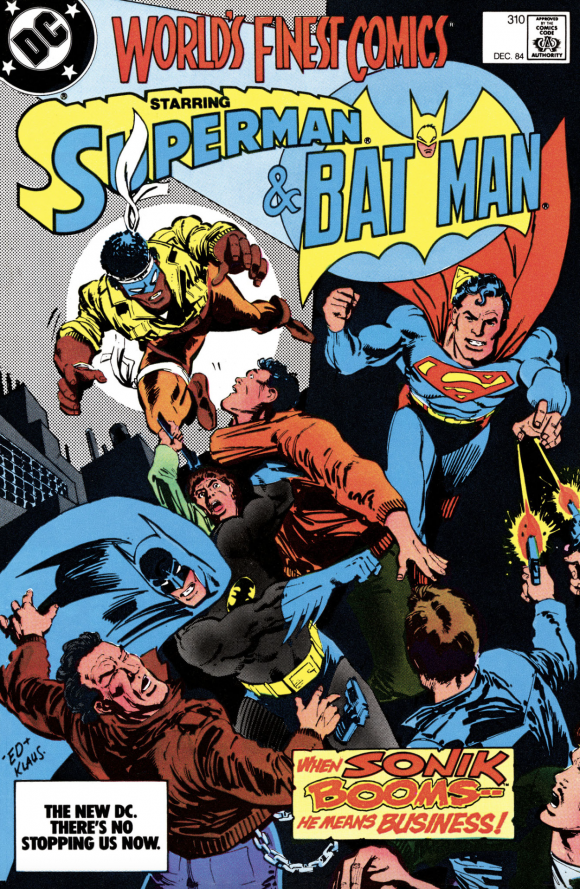 Amazing Heroes #56, Fantagraphics. Amazing Heroes was always a must-buy for me, especially since, in this case, it had a preview of the Supergirl movie, which I was looking forward to (and was just as willing to forget once I saw it.) 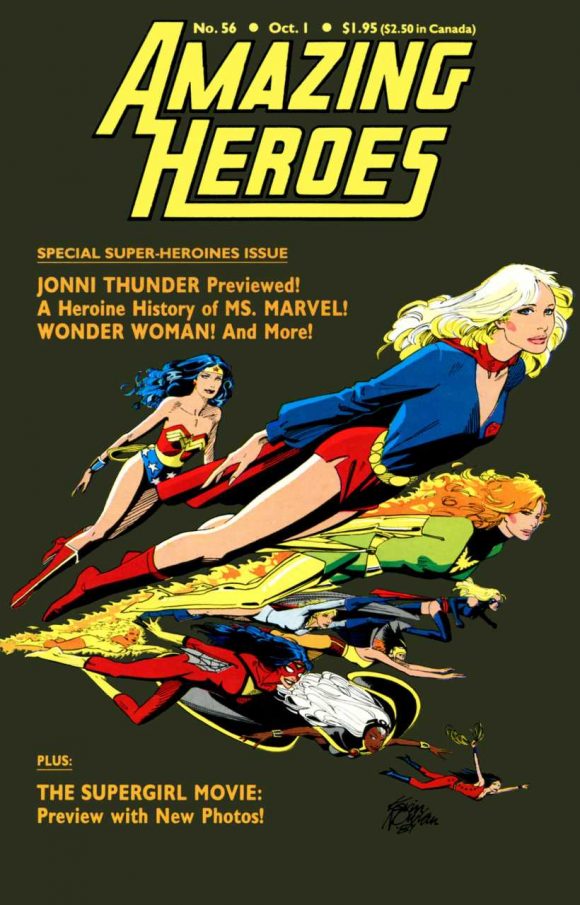 Teenage Mutant Ninja Turtles #2, Mirage. The dawn of an era! 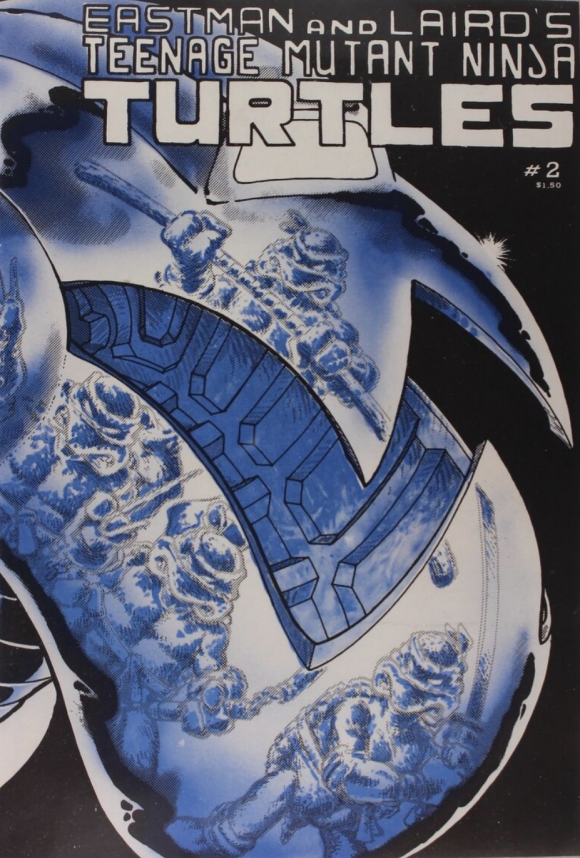 The Amazing Spider-Man #260, Marvel. The secret of the Hobgoblin’s true identity was one of the bigger comics mysteries of the ‘80s. And in retrospect, the reason it was such a mystery was that even the people making the comics hadn’t really figured out who he was yet… 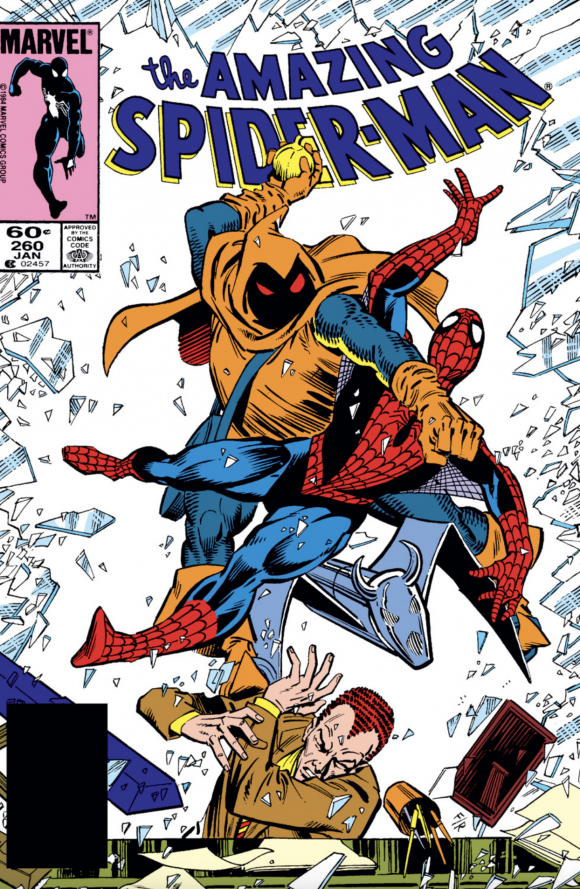 The Further Adventures of Indiana Jones #25, Marvel. It’s kind of shocking to realize that in 1984, Steve Ditko was back working at Marvel, and he was drawing Indiana Jones, of all things.

The New Mutants Annual #1, Marvel. The introduction here of Lila Cheney, rock star and intergalactic thief, was lots of fun and a favorite comic of mine in the fall of 1984, but it was that crazy cover by Bill Sienkiewicz that got me to hand over my four quarters. 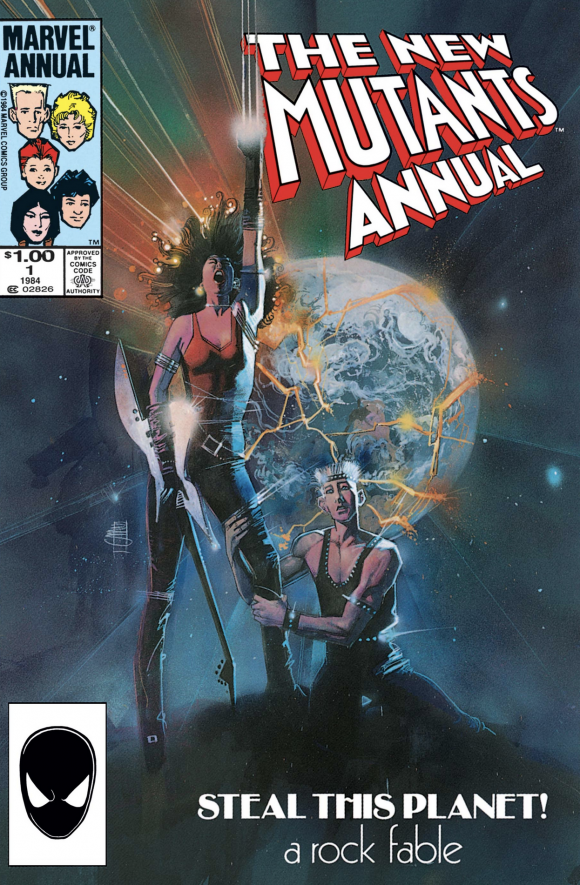