This week for RETRO HOT PICKS, Scott Tipton and I are selecting comics that came out the week of Oct. 21, 1984.

(Keep in mind that comics came out on multiple days back then — as has become the case now. So these are technically the comics that went on sale between Oct. 18 and Oct. 24.) 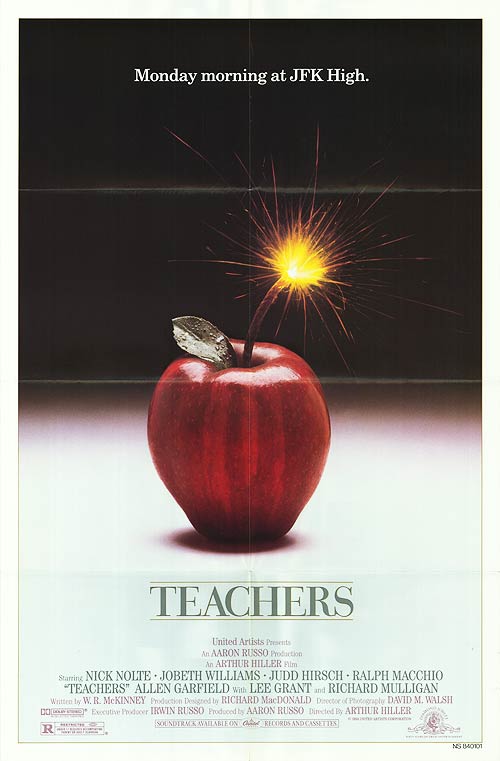 So let’s set the scene: Ronald Reagan was running for a second term in the White House and on Oct. 21, he and Democratic nominee Walter Mondale held their second debate. (Reagan would go on to win an extraordinary 49 states and 525 electoral votes.) Dallas and Dynasty were fighting in the fountain for the top slot on TV. Teachers — featuring one of Nick Nolte’s Hall of Fame painfully-getting-out-of-bed scenes — was the box office champ, but right around the corner was The Terminator. (Supergirl was a few weeks out.) Stevie Wonder’s I Just Called to Say I Love You was the No. 1 song and Prince’s classic Purple Rain was the best-selling album.

Infinity Inc. #10, DC. When this series first started, it could not have been more tailor-made for me. The children of the Earth-Two Justice Society against their brainwashed parents? In a yearlong storyline drawn by Jerry Ordway? With the Ultra-Humanite? Take my money now. 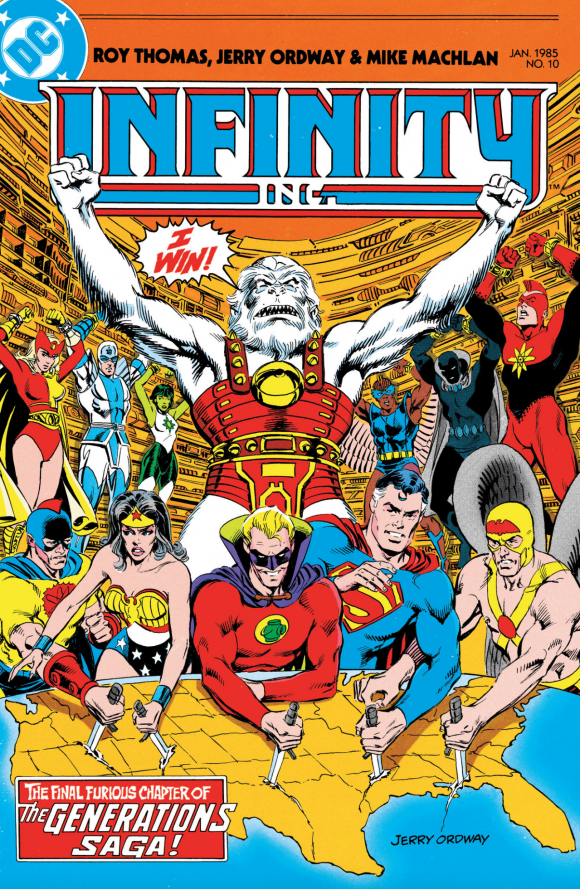 Dan adds: I was hot and cold with Infinity Inc. — but this is a great homage cover. Tubular.

Beauty and the Beast #2, Marvel. This odd little romance miniseries about the unexpected love affair between the Beast and Dazzler is all but forgotten now, but back in the day I was really into it. Next time you’re digging through the back-issue bins, look for it. 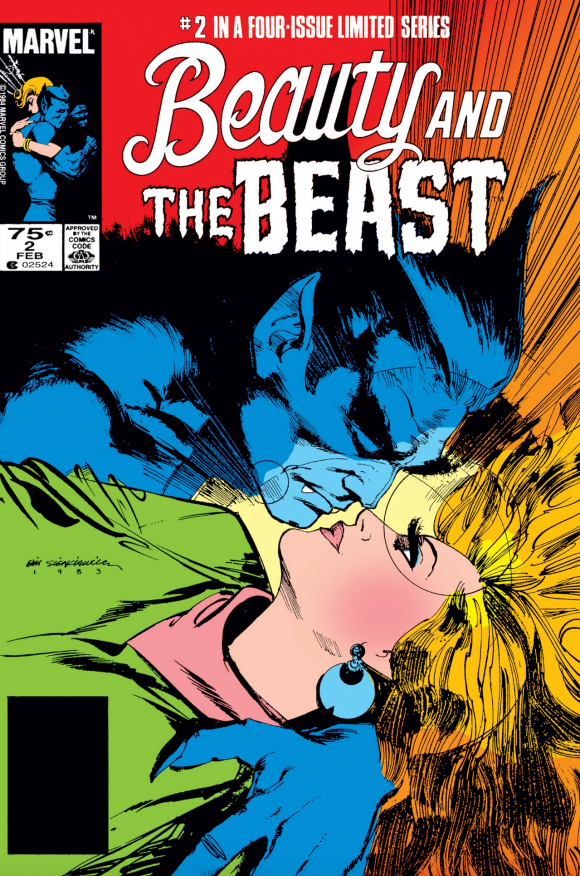 Iceman #2, Marvel. Of course, not all of Marvel’s ‘80s miniseries were as compelling. I know I had this whole series, but today the only thing I remember about it is that when I was in junior high, my history teacher caught me reading it in class. 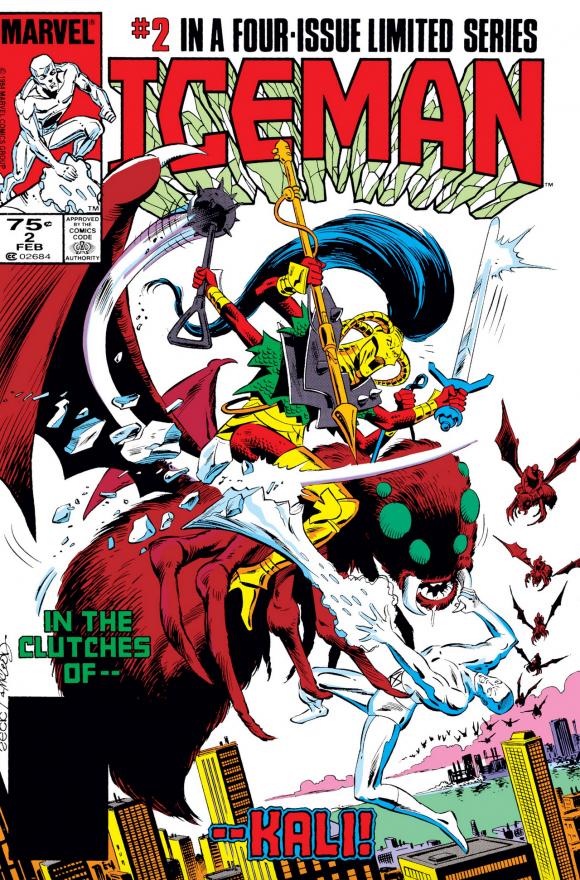 The New Mutants #24, Marvel. When this issue hit the stands, I was completely enraptured by the crazy stuff Chris Claremont and Bill Sienkiewicz were doing in this book. It was like absolutely nothing else on the racks, and made its sister book — The Uncanny X-Men, which had grown a little stodgy — seem cool again just by being a part of what was happening over here. And as much as this run gets attention for Sienkiewicz’s astounding art, which it should, Claremont’s characterizations of this new bunch of nervous, anxiety-ridden teens was every bit as compelling. 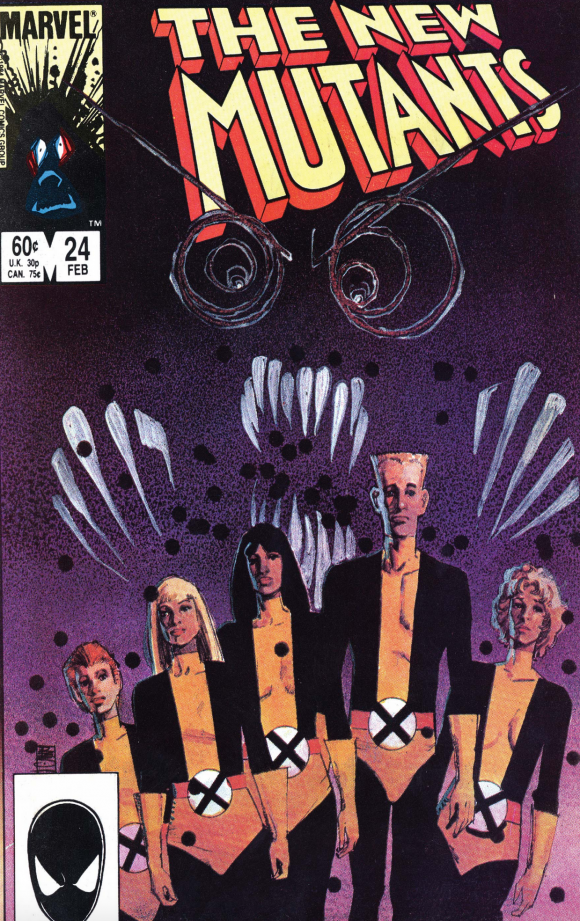 Marvel Super Heroes: Secret Wars #10, Marvel. This series gets kind of dismissed nowadays as being simplistic and a little dumb, but man, I’m telling you: As these issues were coming out, it was the most exciting thing to hit comics, like, ever. By this point in the series, the Avengers and the X-Men had finally put their mistrust aside and joined forces, and suddenly Dr. Doom plays his big gambit and steals the powers of the omnipotent Beyonder. What the what?! This series had some of the best cliffhangers in comics. 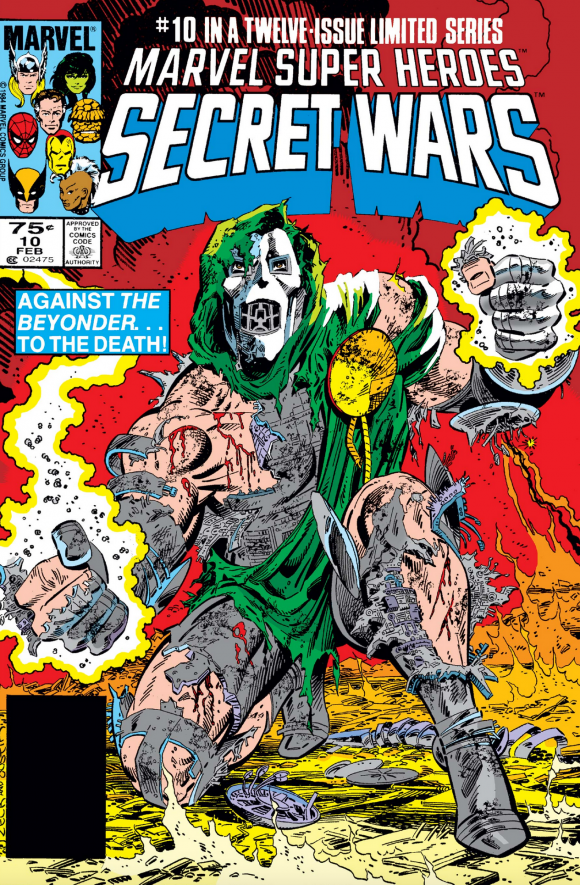 Batman and the Outsiders #17, DC. Pssst. I wasn’t really a huge fan of BATO but I read it anyway because, y’know, Batman. (And I even stuck with it for awhile after he left the group.) Regardless, I absolutely, positively, love this cover, which is probably the series’ best. Yes, that’s Jim Aparo’s pencils and inks, from an Ed Hannigan layout. Lynn Varley painted it. Today, I own three issues of BATO — and this is one of them, just because of the cover. 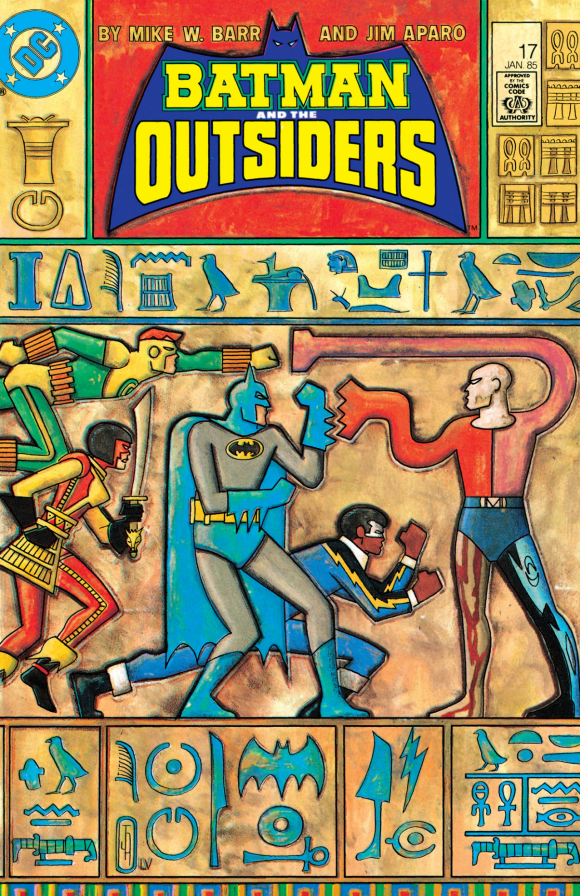 DC Sampler #3, DC. I used to gobble this shit up. Yeah, it was an ad but it was FREE comics — with a Hembeck cover. Let’s see, let’s see. Here are some of the titles promoted in this issue, either with ads or features: The Saga of the Swamp Thing, the aforementioned Batman and the Outsiders, the long-forgotten Superman: The Secret Years — oh, and Crisis on Infinite Earths and Who’s Who. 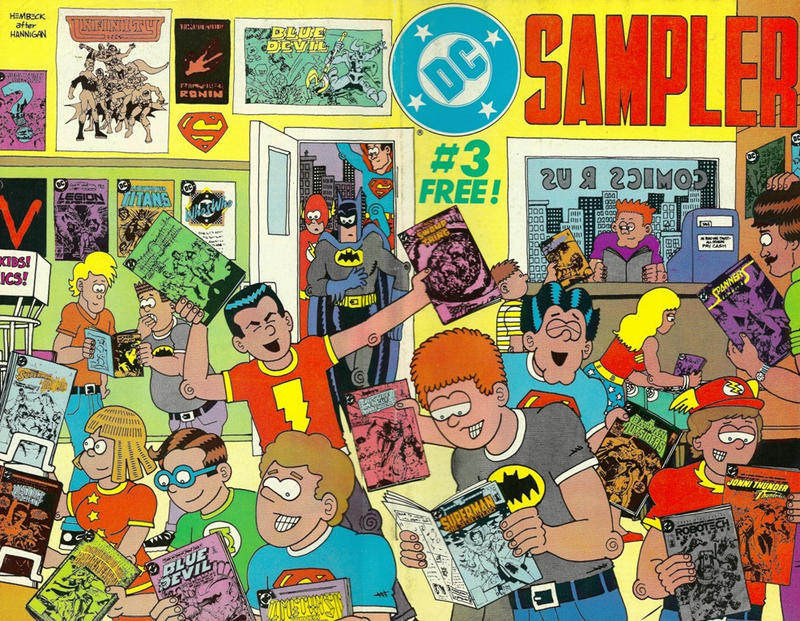 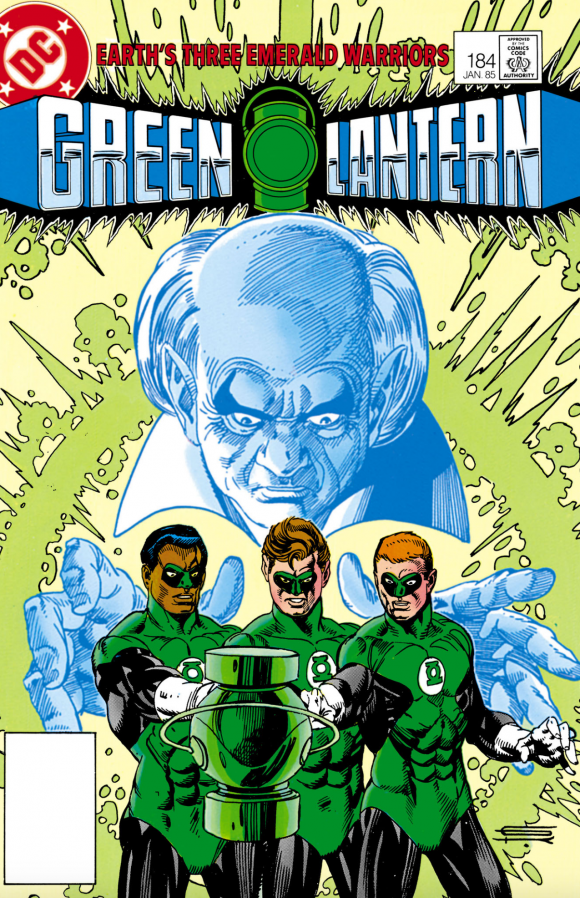