So, let’s set the scene: Richard Nixon was still president — but would resign in a few months; The Lords of Flatbush — with a pre-Rocky Sylvester Stallone — had just been released in theaters; All in the Family was a TV ratings juggernaut; and, Grand Funk Railroad’s cover of Little Eva’s The Loco-Motion (written by monster hitmakers Gerry Goffin and Carole King) was at the top of Billboard.

One thing to note. There are quite a number of major releases this week — and as it happened, Scott and I found ourselves picking many of the same books. That’s a testament to that week’s selection.

The Amazing Spider-Man #135, Marvel. There will be those who consider this sacrilege but I’m of the mind that nobody has ever written Spider-Man better than Gerry Conway and this issue is in the thick of the web-slinger’s greatest arc — from the Death of Gwen Stacy to the revelation that Harry Osborn has become the new Green Goblin. This is one of the first Spider-Man comics I ever got, with its evocative John Romita cover and great interior art by Ross Andru and Frank Giacoia. This is gold. 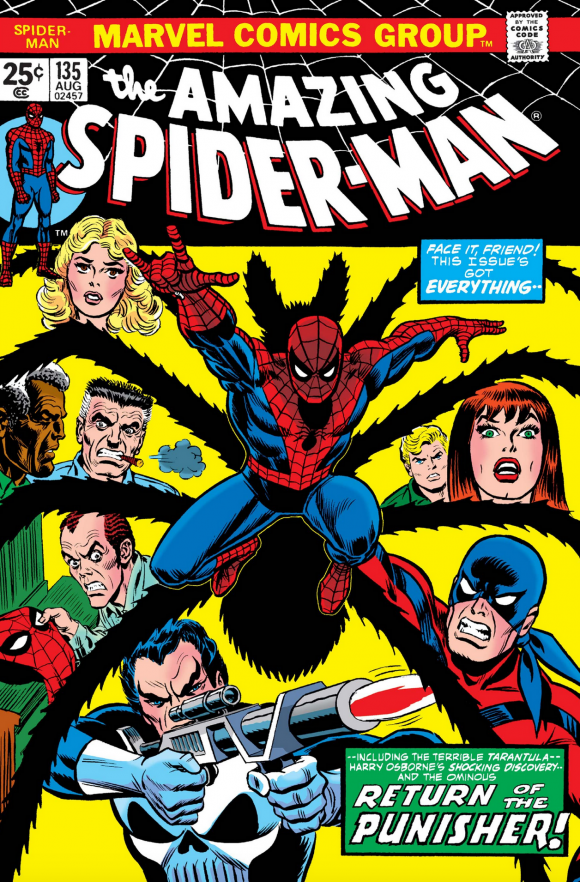 Scott adds: This was when writer Gerry Conway and artist Ross Andru really started hitting their stride on Spider-Man. You have, I think, only the second appearance of the Punisher, the origin of the Tarantula (one of my favorite Spidey villains of the ‘70s), and an increasingly addled Harry Osborn discovering that his roommate is secretly Spider-Man, the man he holds responsible for the death of his father. I mean, just look at that shot of crazy Harry on the cover! Brrrrrrr.

Limited Collectors’ Edition #C-29, DC. Joe Kubert’s Tarzan art was not just some of the greatest of the Bronze Age — it was some of the greatest of his storied career. And in tabloid size! This is also an early example of a de facto trade collection too — the story is a five-issue arc originally pubbed in standard size the year before. 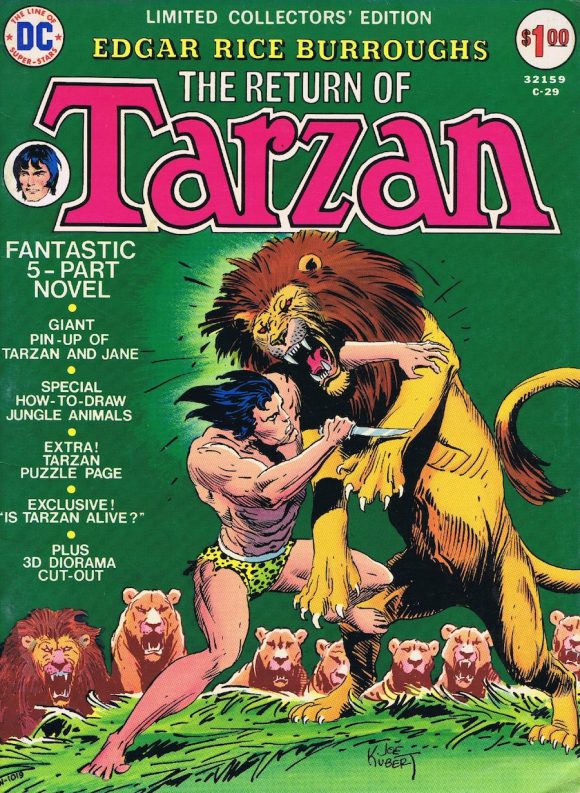 Scott adds: Another of DC’s oversized treasury editions, this one was a must-have just to be able to enjoy that amazing Joe Kubert artwork at a much bigger reproduction size.

Pebbles and Bamm-Bamm #21, Charlton. I used to watch this cartoon on Saturday mornings so there’s always the chance I woulda grabbed this off the spinner rack. 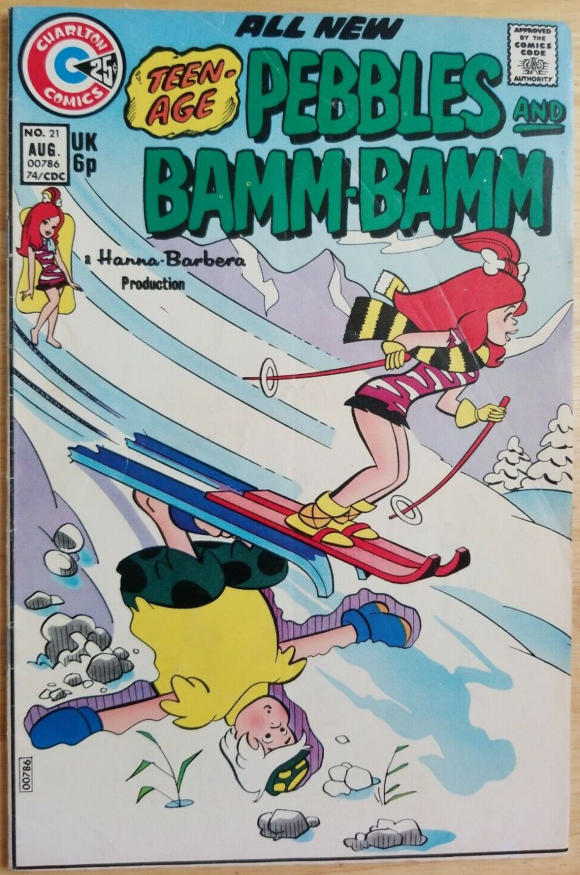 Captain America #176, Marvel. Another landmark issue! This one kicked off the famous Secret Empire arc, in which Steve Rogers becomes disillusioned with the state of the nation and relinquishes his uniform and title as Captain America, choosing instead to become Nomad, the man without a country. While the writing by Steve Englehart is a little preachy and stilted from a modern viewpoint, the ideas remain as strong as ever, and Sal Buscema’s art really sells it. 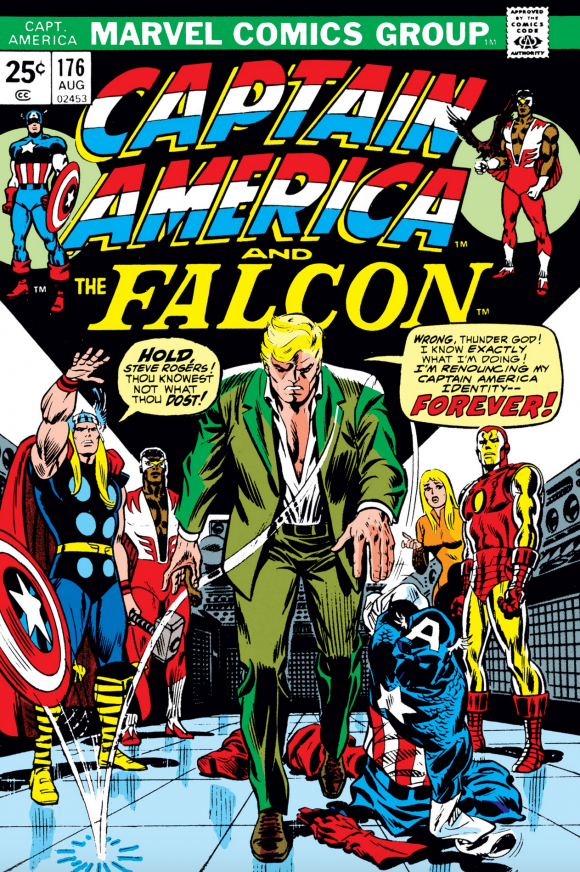 Dan adds: The first Captain America comic I ever got. I admit that at the age of 7, I didn’t entirely understand the concept of a disenchanted Captain America but obviously 1974 would have been a helluva time to be Steve Rogers. The art’s by Sal Buscema and Vince Colletta, with another classic Romita cover. But the heart is, naturally, Steve Englehart’s politically loaded Secret Empire storyline. (Click here for Englehart’s guest column on the issue — and its aftermath.)

Famous First Edition #C-30: Sensation Comics #1, DC. These treasury-sized reprints of significant first issues from DC were ubiquitous in the 1970s; seemed like every used bookstore, garage sale, rummage sale and flea market had a giant stack of ‘em. This one was particularly good, with not just Wonder Woman’s first full appearance but also the origins of Mr. Terrific, Wildcat and Little Boy Blue. 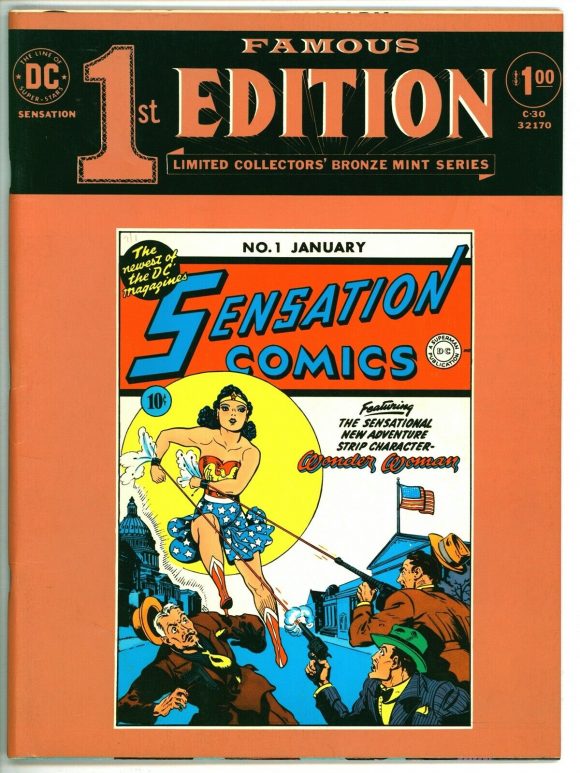 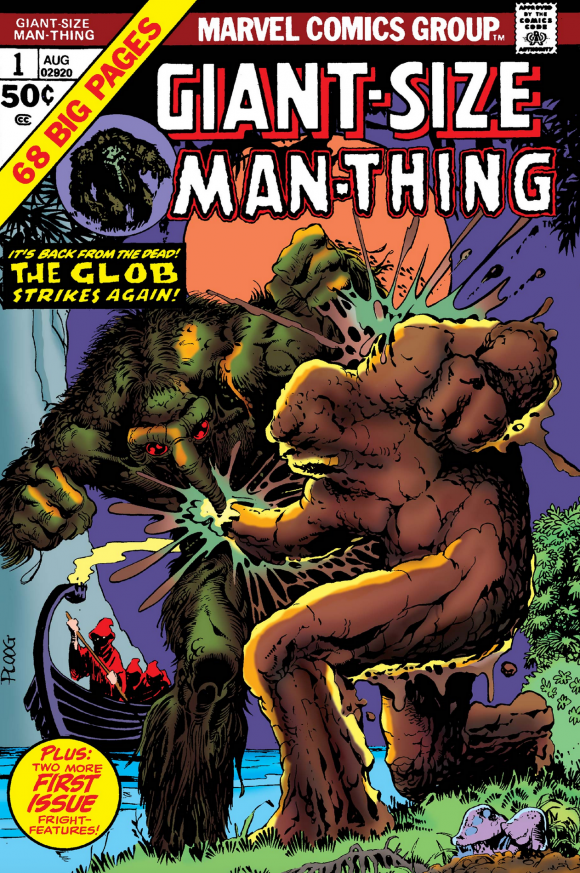 Dan adds: Because how could I not?

Walt Disney: Huey, Dewey and Louie — Junior Woodchucks #27, Gold Key. Not much to say about this one, except that I definitely had this comic as a kid, and whatever trouble the nephews got into within these pages, I’ll bet cash money they used their Junior Woodchuck Guidebook to get out of it. 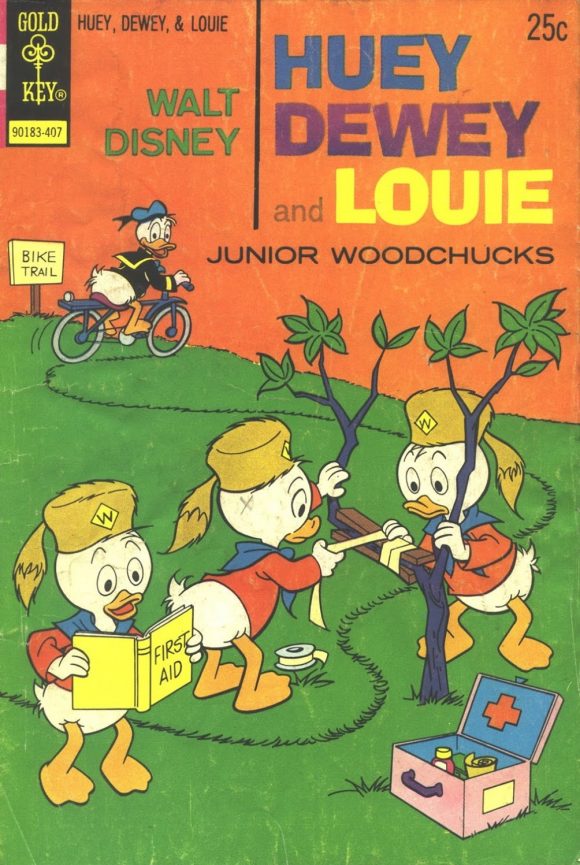