This week for RETRO HOT PICKS, Scott Tipton and I are selecting comics that came out the week of May 18, 1978.

(Keep in mind that comics came out on multiple days, so these are technically the comics that went on sale between May 15 and May 21.) 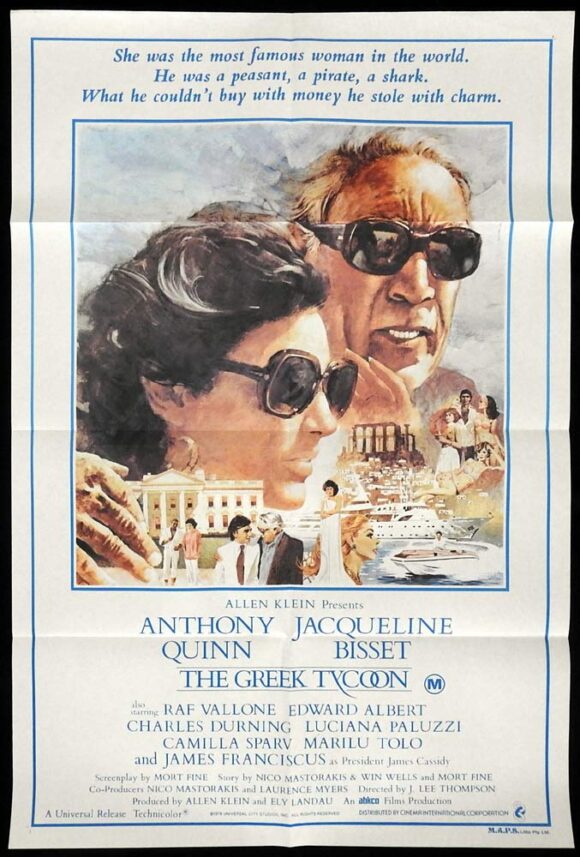 So, let’s set the scene: President Carter was in the middle of his only term in office. The No. 1 film at the box office was The Greek Tycoon, a roman a clef about Aristotle Onassis’ relationship with Jackie Kennedy. Anthony Quinn and Jacqueline Bisset starred but it got lousy reviews. No wonder I barely even remember its existence.

Three’s Company’s Season 2 finale — guest-starring a pre-WKRP Loni Anderson as an old flame of Jack’s — was the week’s Nielsen ratings winner. (Anderson had been up for the role of Chrissy, by the by.) The ep also featured Normal Fell in a silly birthday hat, which is instant comedy. 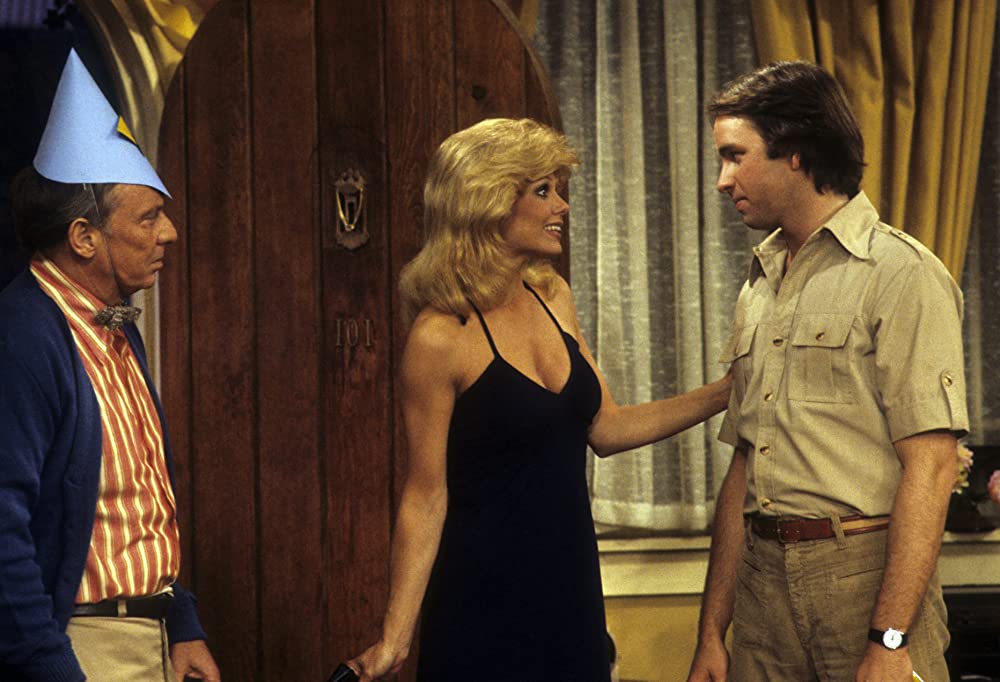 Wings’ With a Little Luck — one of Paul McCartney’s more mundane ditties — led the Billboard 100, but barreling up the charts was John Travolta and Olivia Newton-John’s You’re the One That I Want from the movie version of Grease, which wouldn’t be released until June. Lotta disco in the Top 10 — no surprise there — with If I Can’t Have You by Yvonne Elliman, Shadow Dancing by Andy Gibb and Night Fever by the Bee Gees among the hits. Naturally, the Saturday Night Fever soundtrack led the album charts. (With Wings’ London Town the runner-up.)

Batman Family #19, DC. The penultimate issue of the most consistently entertaining Batbook of the ’70s. The most memorable story for me is Batgirl in “The Sino-Supermen.” Basically, the Chinese government has created a team of super-operatives based on American superheroes and the Dominoed Daredoll has to get to the bottom of it. On the plus side, it’s a really entertaining arc and Juan Ortiz, who handled the art for this chapter, drew a great Batgirl. On the minus side, it doesn’t really hold up to today’s more enlightened sensibilities. 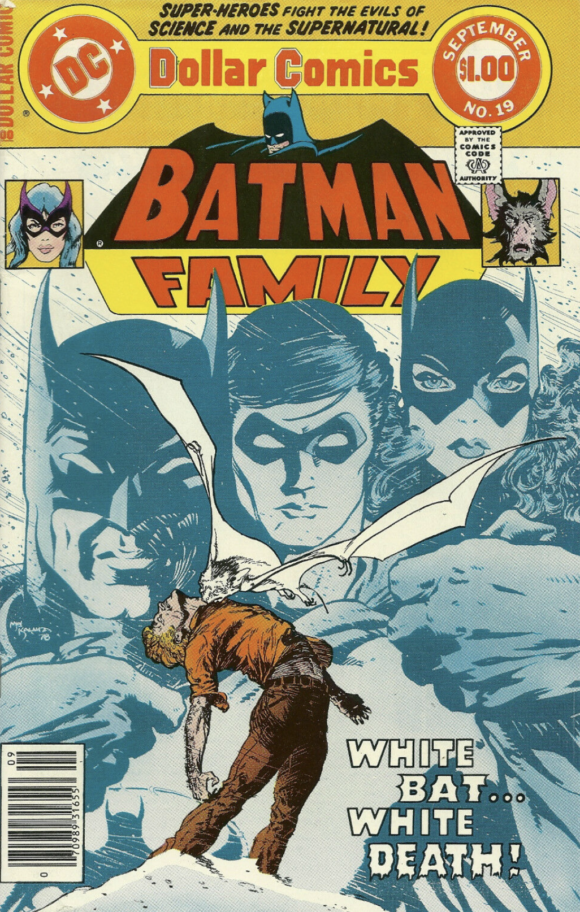 Marvel Comics Super Special #4: The Beatles Story, Marvel. The Fab Four had broken up eight years earlier but they were still such a cultural force (and still are, obviously) that Marvel was compelled to do this bio mag. And they put first-rate talent on it too — writer David Anthony Kraft and a couple of up-and-comers: penciller George Perez and inker Klaus Janson. A must-have for fans of beautiful comics and the lads from Liverpool. Oh, and the cover was painted by Tom Palmer from a Perez design. 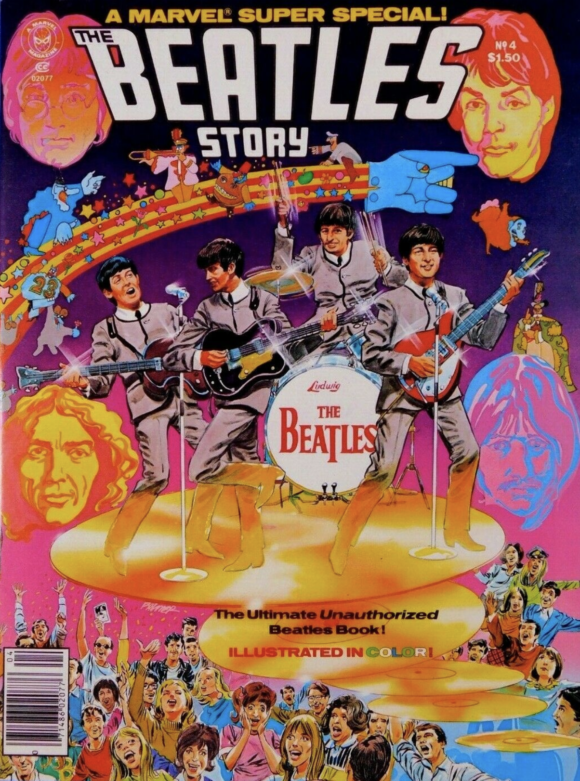 The X-Men #112, Marvel. Now on sale monthly! With a cover by Perez and Bob Layton! With a story by Chris Claremont, John Byrne and Terry Austin! With Magneto in a volcanic lair! You do not need anything more than that, am I right? Yes, I believe I am. 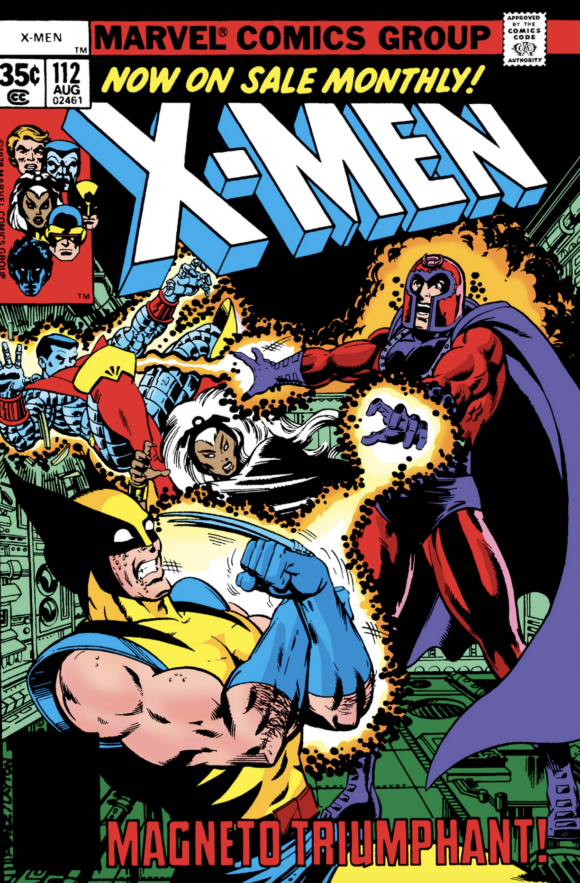 Walt Disney Showcase #45, Gold Key. A reprint of Gold Key’s adaptation from a decade earlier. Never read the comic but dang, the movie remains one of Disney’s very best. 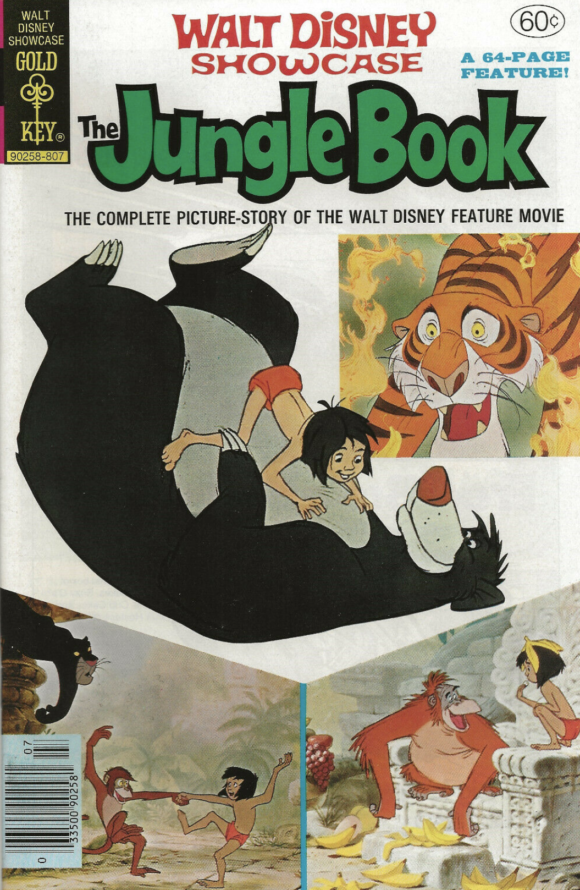 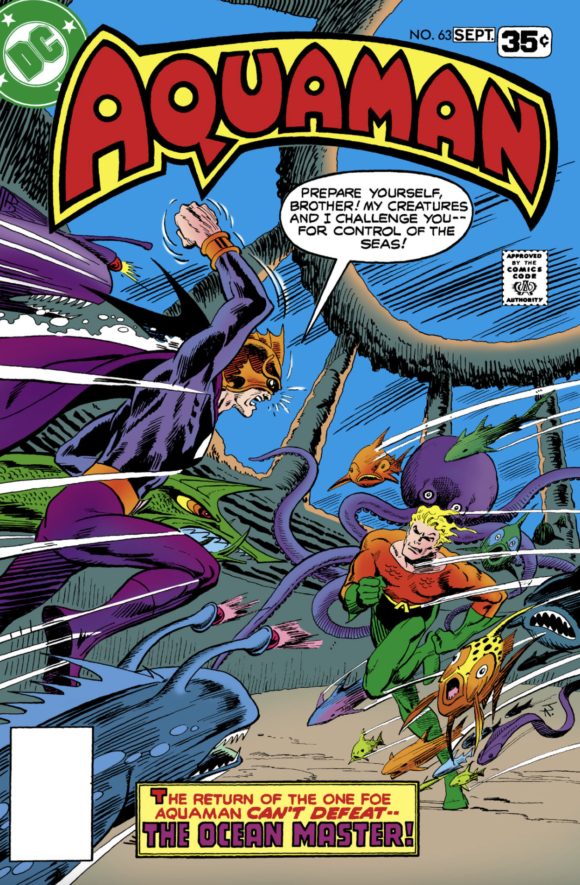 Dan adds: The last issue of the series — written by our pal Paul Kupperberg. Aquaman would move on to Adventure Comics.

The Avengers #174, Marvel. More Avengers greatness from the much-missed George Perez. (Perez did the cover but the interiors were by Dave Wenzel and Pablo Marcos.) 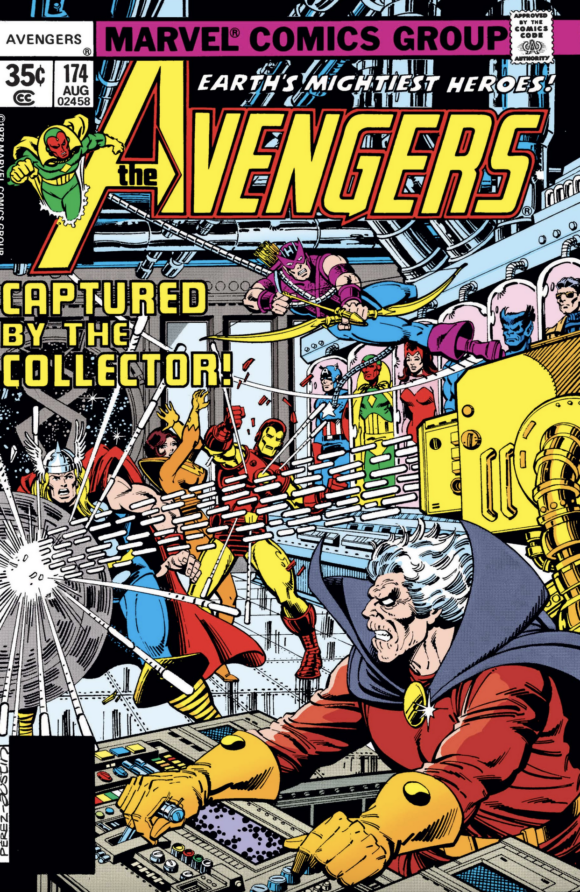 The Defenders #62, Marvel. One of the few times the Defenders had any sort of membership drive — and with less than stellar results. One of my favorite issues, and one that really highlighted why they were better off as a “non-team.” 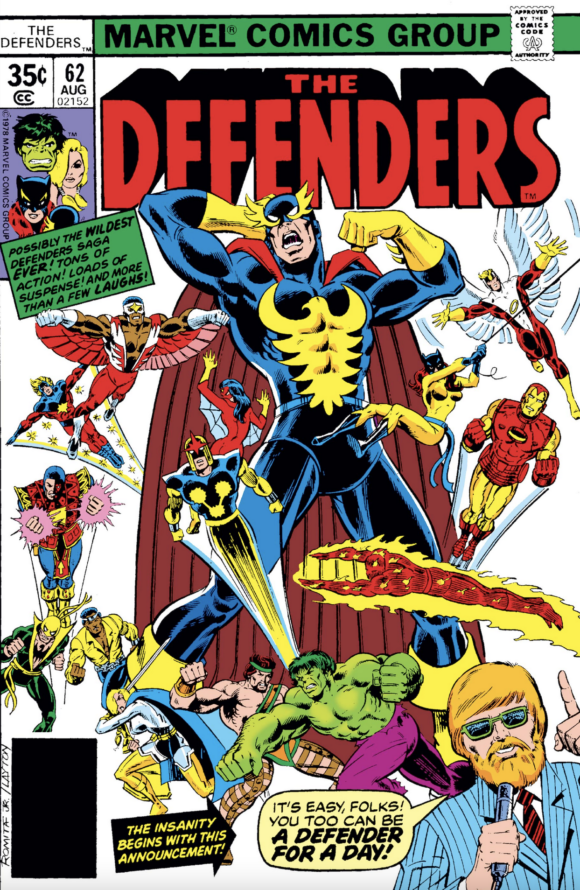 The Invaders #31, Marvel. Really, all you gotta do is put “…meet Frankenstein!” on a cover and you’ve got my money. 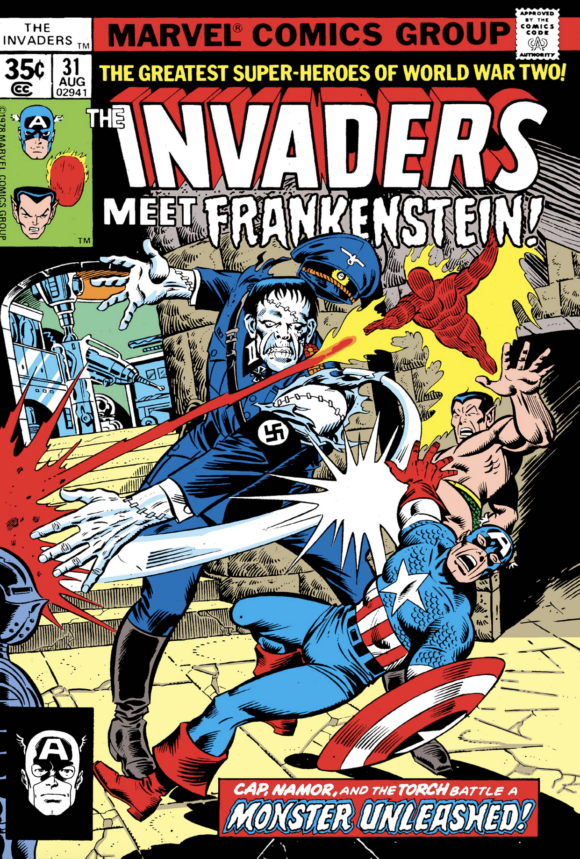