This week for RETRO HOT PICKS, Scott Tipton and I are selecting comics that came out the week of Feb. 2, 1978.

(Keep in mind that comics came out on multiple days, so these are technically the comics that went on sale between Jan. 30 and Feb. 5.)

So, let’s set the scene: Jimmy Carter was in the middle of his only presidential term. Close Encounters of the Third Kind, which was released the previous November, was No. 1 at the box office.

A very special episode of Happy Days topped the Nielsens: Richie gets into a serious motorcycle and is comatose. Fonzie breaks down in tears praying to God for his buddy to recover. (He does.) Plus, a guest appearance by Suzi Quatro as Leather Tuscadero!

The Bee Gees’ era-defining Stayin’ Alive led the Billboard 100. (How Deep Is Your Love, also from the top-selling Saturday Night Fever soundtrack, was No. 7. Oh, and Andy Gibb’s [Love Is] Thicker Than Water was in 5th.) But let’s give it up for the No. 4 song — Queen’s anthemic We Are the Champions.

All New Collectors’ Edition #C-56: Superman Vs. Muhammad Ali, DC. This comic was so of the moment. It’s hard to express just how huge Ali was at the time — but the timing of this fan-fave treasury edition was unfortunate: In about two weeks, Ali would lose his crown to the unheralded Leon Spinks — a bout that shocked the world and Young Dan’s fifth grade class. Still, the comic, and it’s amazing wraparound cover, rocks. 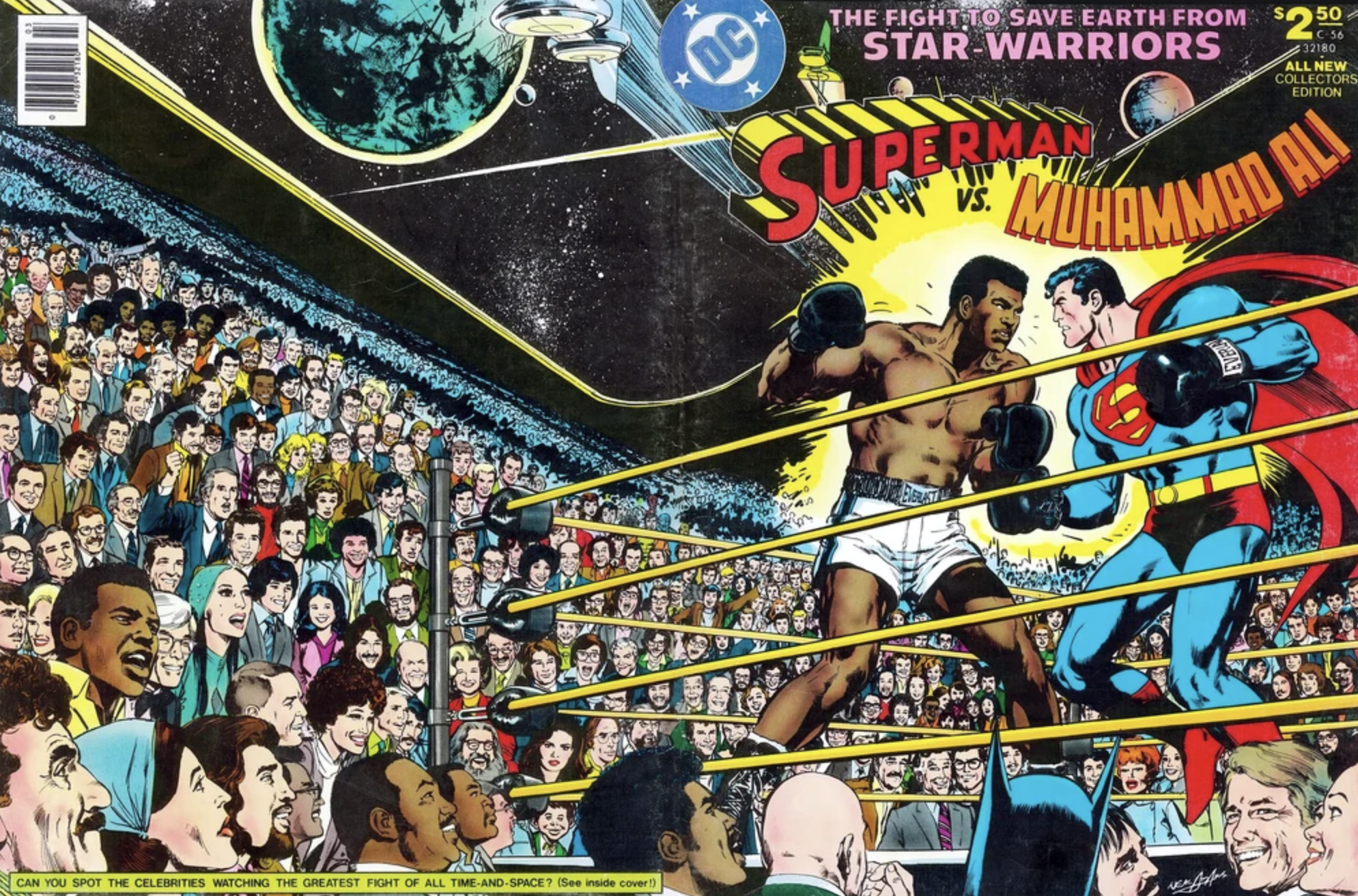 Scott adds: This was a big deal at the time, and the biggest surprise, looking back at it all these years later, is how good the work is. A real Bronze Age highlight from DC.

Power Records #BR-512: Batman. This book-and-record LP wasn’t my favorite of the Batman Power Records, but it did feature stories with Gorilla Grodd and Sherlock Holmes (or maybe his spirit). And the art was by Neal Adams, Dick Giordano, Jose Luis Garcia-Lopez and Frank Springer, among others. 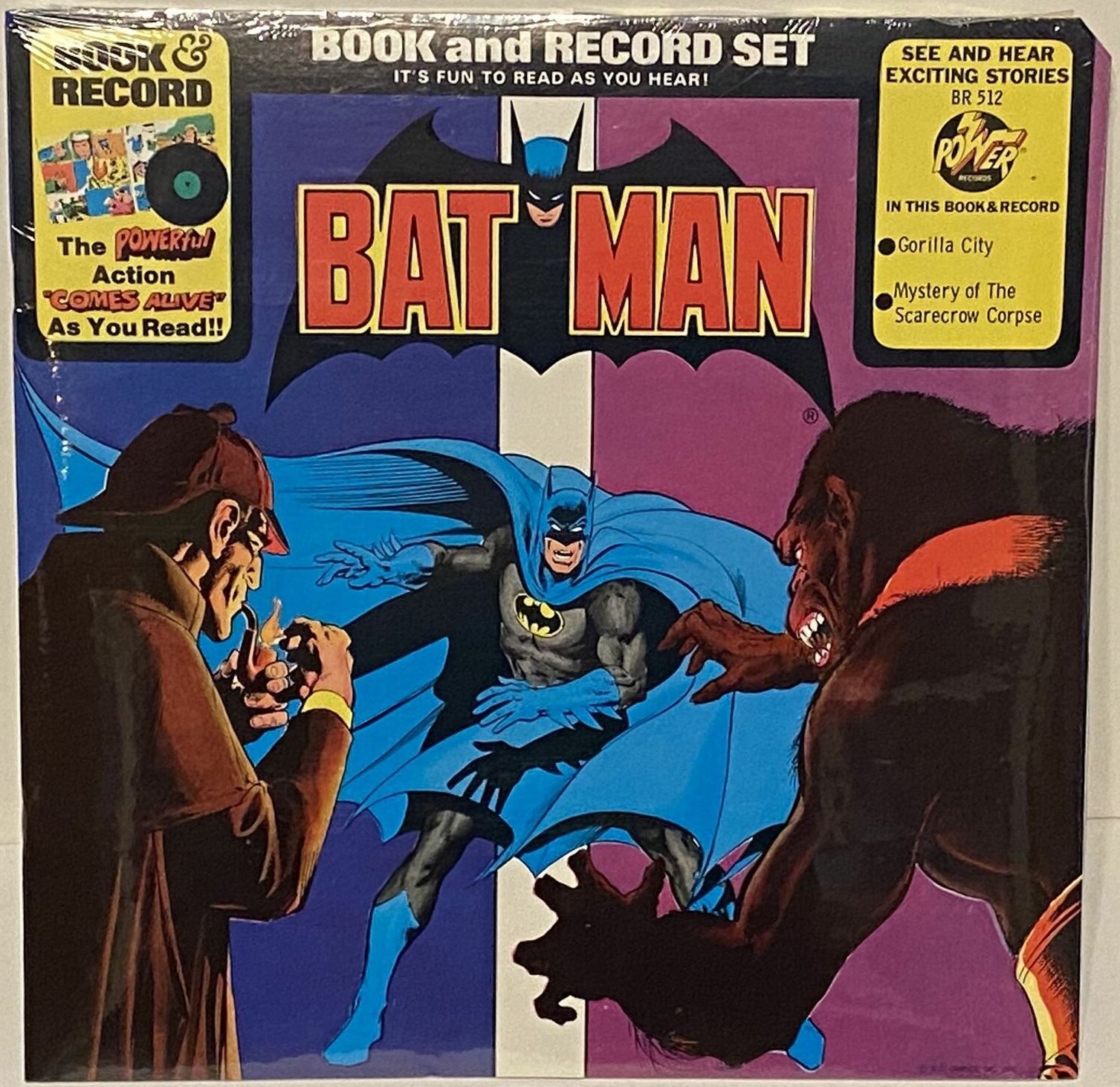 Famous Monsters of Filmland #142, Warren. I would buy anything Star Wars that I could afford. Pretty nifty anniversary edition, too. 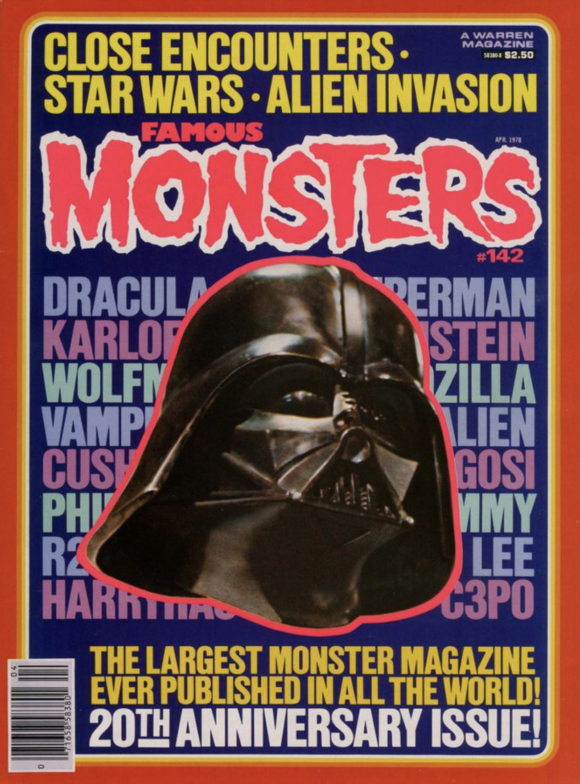 The Invaders #28, Marvel. Roy Thomas and Frank Robbins bring you the Kid Commandos, an updated version of the Young Allies. Oddly, though, Toro’s “hair” looks more 1978 than, say, 1944… 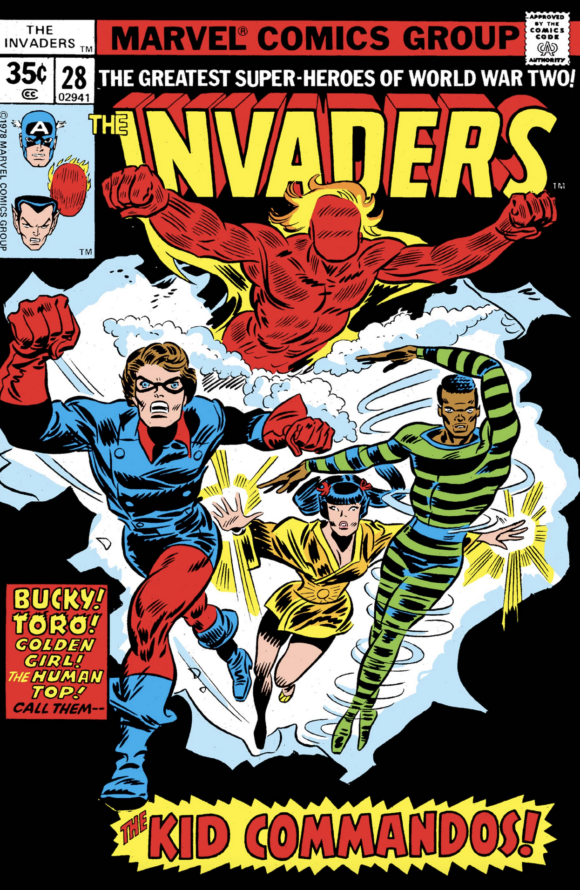 DC Special Series #10, DC. What an odd conglomeration of Secret Origins stories — Dr. Fate, Lightray and Black Canary. The whole Secret Origins concept doesn’t have the cachet it once did because tracking canon at the Big Two has become impossible. But I liked groovy collections like this, whether the stories were new or reprints. 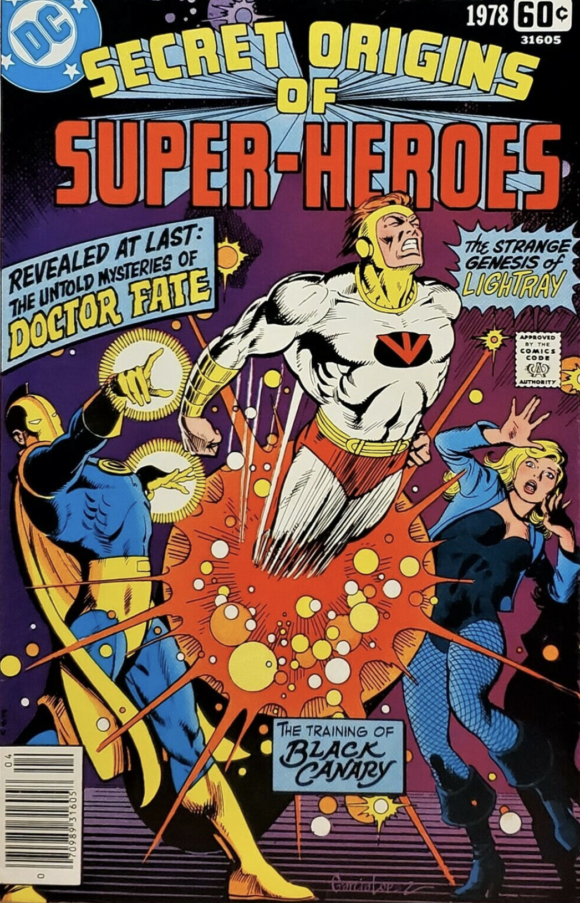 The Bionic Woman #4, Charlton. I just really dig that Jack Sparling cover. Feels like a little Ditko influence, does it not? 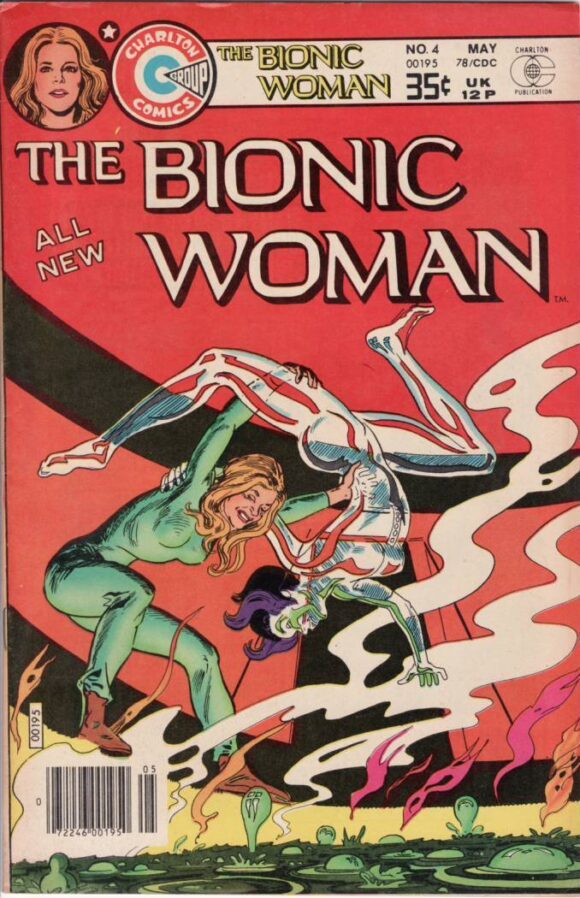 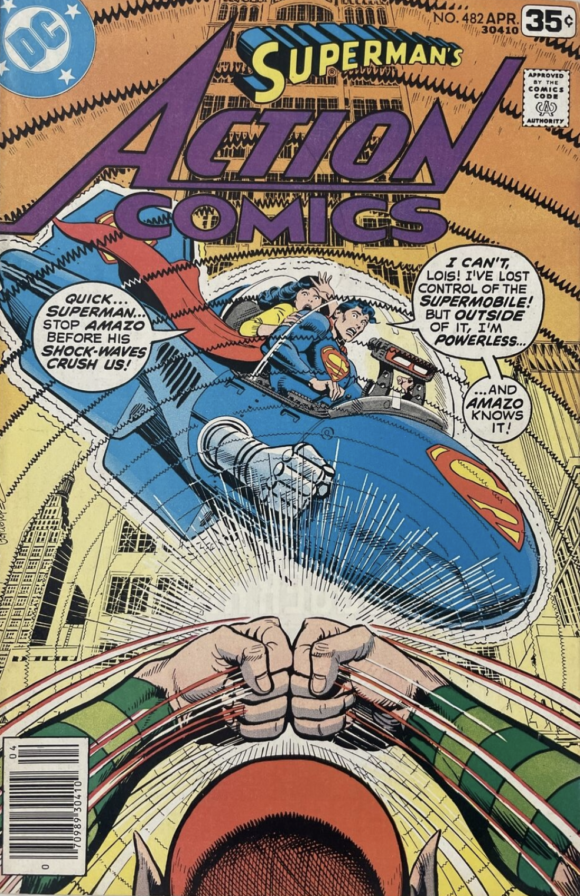 Godzilla #10, Marvel. Come on! It’s the biggest Bigfoot of them all! You gotta buy it. 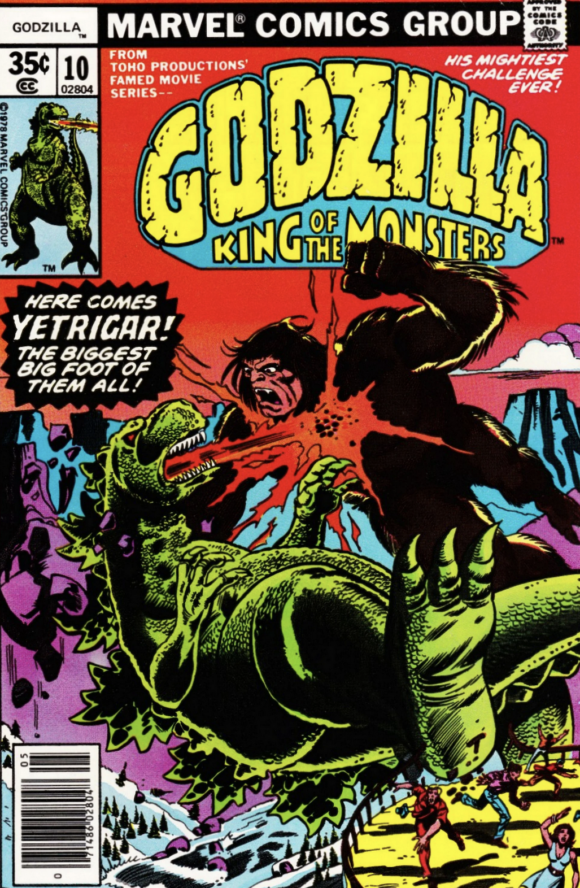 Justice League of America #154, DC Comics. Green Arrow was always a real cover draw when it came to JLA issues for me. This particular issue featuring Doctor Destiny is creepy as hell, as I recall, and was partially adapted for a Justice League animated episode. 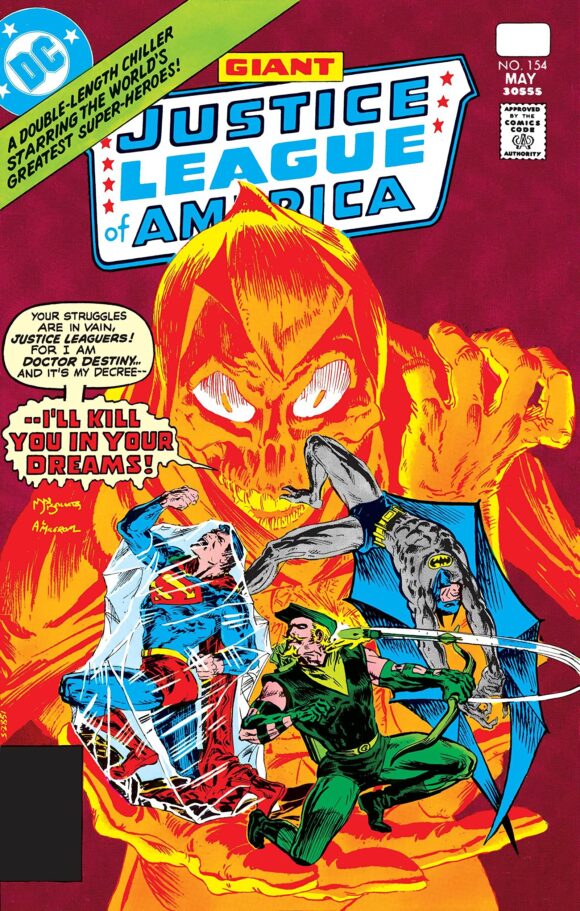