Scott and Dan — joined by animator James Tucker — hit up the comics racks from 42 years ago!

This week for RETRO HOT PICKS, Scott Tipton and I are joined by James Tucker, super-animator and producer on such projects as Batman: The Brave and the Bold and the two Batman ’66 animated movies.

(Keep in mind that comics came out on multiple days back then — as has become the case now. So these are technically the comics that went on sale between Dec. 13 and Dec. 19.)

So let’s set the scene: President Carter was in the middle of his first term, though the recent midterm elections presaged Ronald Reagan’s 1980 rise. The big movie release this week? Why it was Superman: The Movie — still my fave superhero movie of all time. (It debuted in D.C. on Dec. 10 but went wide Dec. 15.) All in the Family, by this time running on fumes, topped the Nielsens with the Bunkers visiting Gloria and Mike in California, only to learn that the younger couple had separated. Otherwise, the big hit those days was the goofy antics of Laverne & Shirley. The treacly You Don’t Bring Me Flowers by Barbara Streisand and Neil Diamond led the Billboard 100 while Billy Joel’s 52nd Street was the best-selling album. (The No. 2 album? Steve Martin’s comedy classic A Wild and Crazy Guy.) 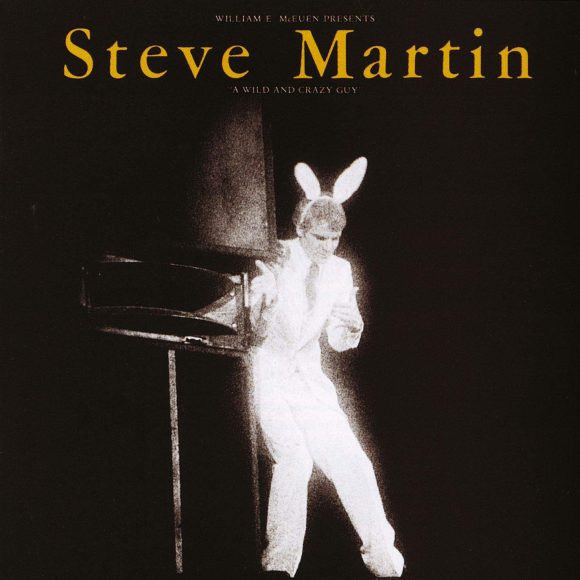 James Tucker, Warner Bros. animator and producer Batman: The Brave and the Bold and the Batman ’66 animated movies

Marvel Team-Up #79, Marvel. This was the best of the lot that particular week in December. There was no better art team in the mid-to-late 70’s for my money than John Byrne and Terry Austin and, while many justifiably put their run on Chris Claremont’s X-Men as their best work, I really have a fondness for the handful of Marvel Team-Up issues Claremont authored with Byrne pencils and various inkers. But Issue #79 inked by Austin was one of my favorites: It features Spider-Man teaming up with Red Sonja in a crazy, breezy romp that includes a cameo by Clark Kent (foreshadowing Byrne’s ’80s run on the Superman titles!). 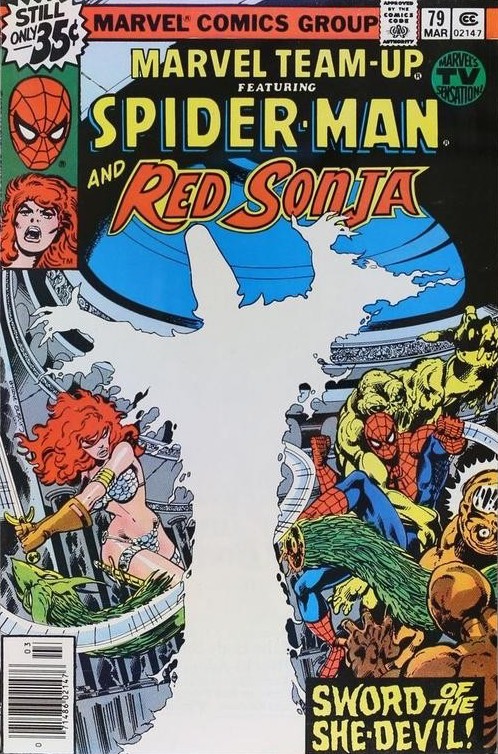 Scott adds: If you’d asked me as a kid “What’s the perfect comic?” I’d have said this. A Spider-Man/Red Sonja teamup that in all defiance of logic makes perfect sense. Claremont and Byrne at their best.

Batman #309, DC. Irv Novick was one of the ’70s Batman artists I liked a lot, especially if Dick Giordano was inking his work, which always kicked it up a notch. So the best part of this book was actually the final page, when it was announced that Irv was going to be returning as the new artist on the book. Not soon enough to help this story, which features one of Batman’s least interesting villains of the ’60s and ’70s — Blockbuster — in a supremely dour Christmas-themed story about Batman’s race against the clock to find an attempted suicide victim. This is the kind of story that begged for Neal Adams’ realistic renderings and flair for the dramatic to really sell the intended pathos, which in this instance falls flat under the uninspired visuals. I do think that perhaps the somber tone of this issue must have stuck in my head and was something we tapped into when we were conceiving the Christmas episode of Batman: The Brave and the Bold, “Night of the Secret Santas!”. 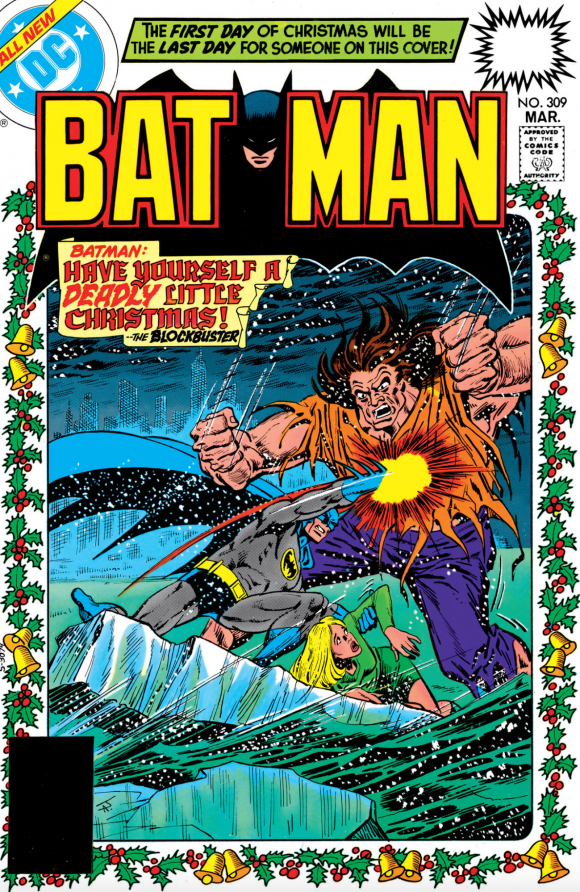 Dan adds: Len Wein was just beginning his terrific Batman run and while I don’t remember many of the details, I do remember the poignant ending. I’m just starting 1976 in my epic Batman/Detective re-read and am really looking forward to this era — especially, as James points out, when Irv Novick becomes the regular penciller again.

DC Comics Presents #7, DC. As a comic-buying kid in the ‘70s, I bought Brave and Bold, Marvel Team-Up and DC Comics Presents mainly because, being a kid on a budget, those books offered more bang for my buck since they all featured two or more heroes in every issue. DC Comics Presents was a visual delight when Jose Luis Garcia-Lopez was on art duties in the beginning of the run. The appeal dropped precipitously when he wasn’t. Alas, this issue he wasn’t. Dick Dillin’s pencils were always competent, though not spectacular unless, again, Dick Giordano was the inker. But still, like with most of my ’70s DC Comics reading, something always sparked my imagination and was later summoned as inspiration when producing BTBATB. In this case it was the appearance of the Weaponers of Qward, who added some much needed spice to the story and would later show up as the villains in our episode, “Cry Freedom Fighters!” featuring the superhero group (surprise!) the Freedom Fighters. 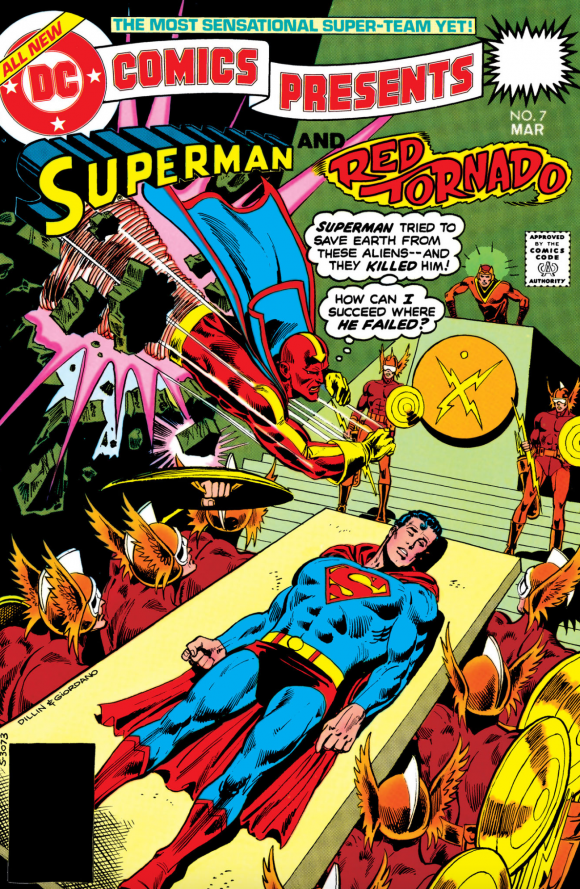 Adventure Comics #462, DC Comics. Adventure Comics was where Justice Society fans like me used to go for the only place to see what was going on over on Earth-Two, and man, did they deliver, with some really shocking tales like this one, telling the last stand of Bruce Wayne to save his city, even after his bitter split from the JSA. 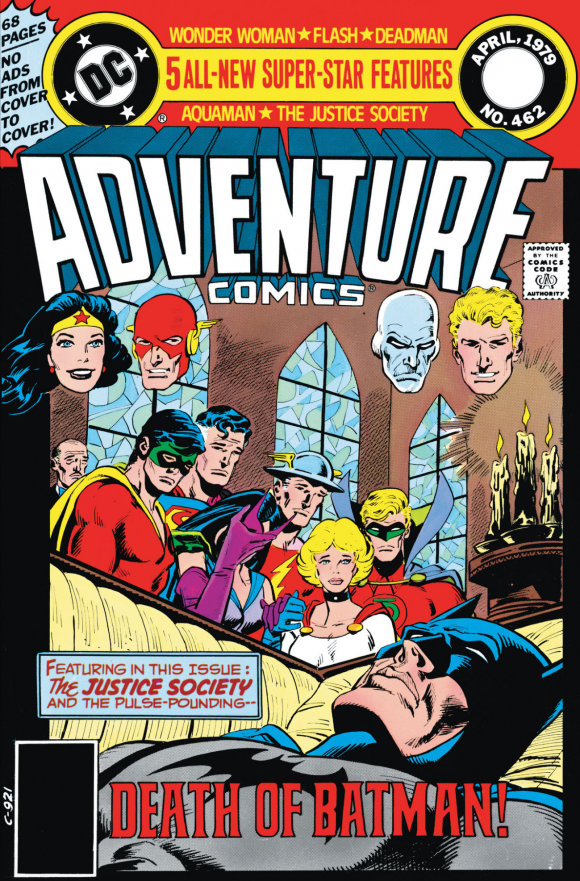 Dan adds: I knew Earth-Two’s Batman had been killed before I actually read this story and it added a dimension (no pun intended) to DC’s Multiverse that I really appreciated. These days, so much is done for shock value. This, on the other hand, was a straight-up story that could only be properly told on Earth-Two — with a compelling aftermath felt for years, especially in books like The Brave and the Bold.

Howard the Duck #30, Marvel. This comic was my first exposure to Howard the Duck, and it took me a few re-readings before I really got the joke and realized the series was a satire and not serious super-hero action like everything else I was reading. From that point on, I was hooked. 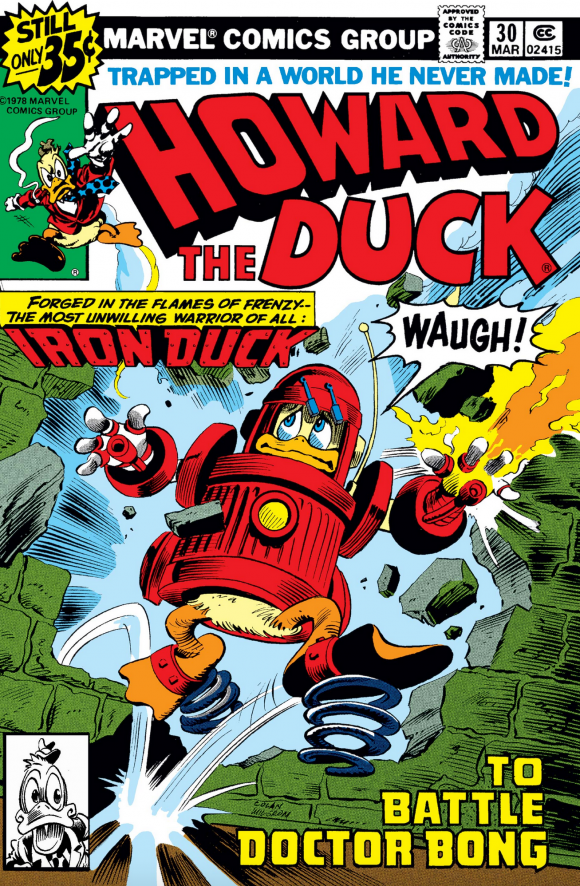 All-New Collectors’ Edition #C-62: Superman: The Movie, DC. Because Superman came out this week! As much as I loved this behind-the-scenes issue, which I thumbed through over and over, I would have LOVED to see a film adaptation in treasury size. Alas, it wasn’t meant to be thanks to a short-sighted deal with original screenwriter Mario Puzo. 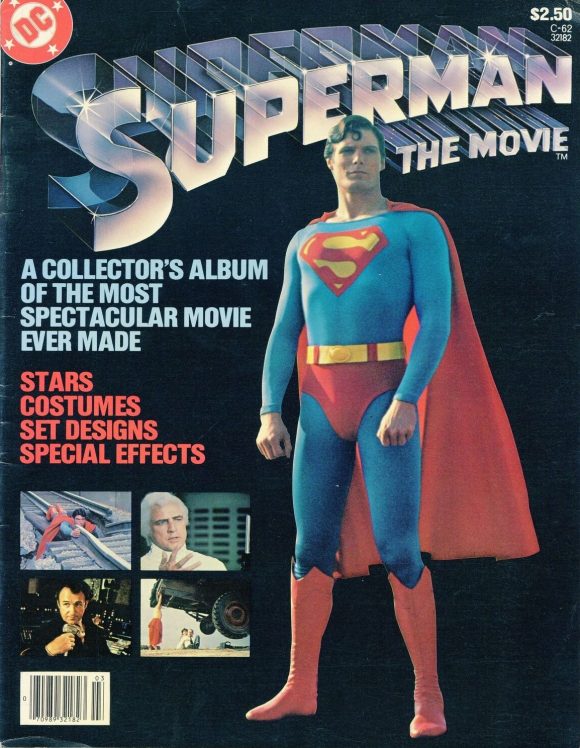 Famous First Edition #C-61: Superman #1, DC. Because Superman came out this week! As great as it is to have an oversize copy of Superman #1, I would have LOVED to see a film adaptation in treasury size. Alas, it wasn’t meant to be thanks to a short-sighted deal with original screenwriter Mario Puzo. 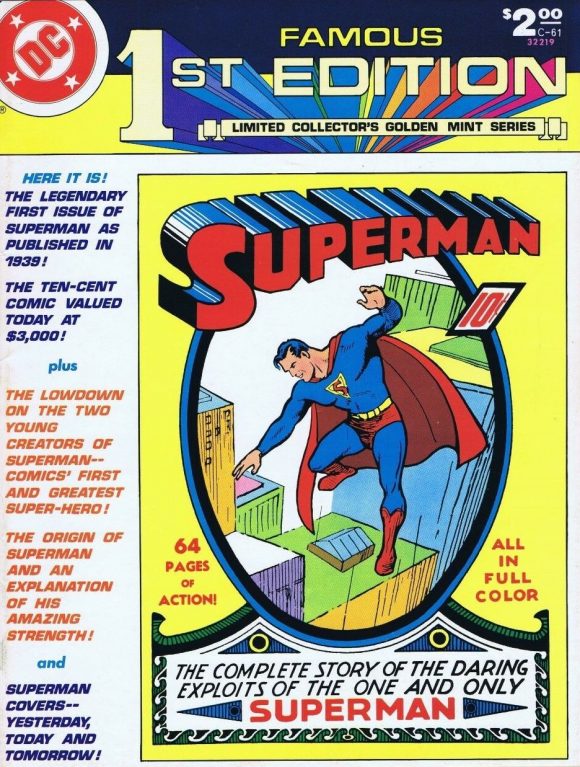 Spidey Super Stories #39, Marvel. Even Thanos showed up in this title! 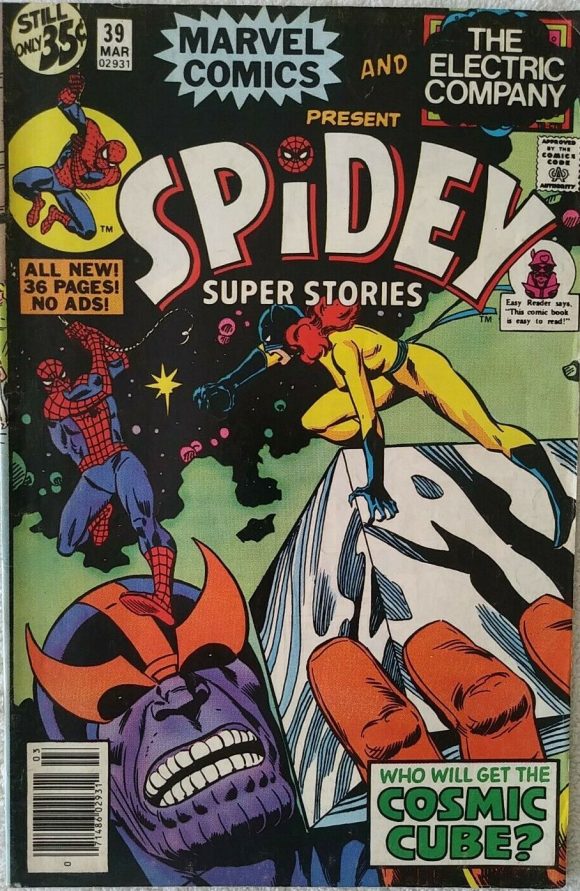 The Flash #271, DC. I only knew this from the house ads. But I remember always thinking, “Man, that’s gotta hurt!”