This week for RETRO HOT PICKS, Scott Tipton and I are selecting comics that came out the week of April 7, 1976.

(Keep in mind that comics came out on multiple days back then — as has become the case now. So these are technically the comics that went on sale between April 4 and April 10.)

So let’s set the scene: Gerald Ford was running for re-election but Jimmy Carter was well on his way to the Democratic nomination. A public disenchanted and disgusted by Watergate helped propel the former Georgia governor to the White House in the fall.

One Flew Over the Cuckoo’s Nest, one of the greatest movies of the ’70s — of all time, really — returned to the top of the box office. The film was actually released late in 1975 and interest kept building well into the following year. The movie hit No. 1 the week of Feb. 11 and stayed there until this week — with only Martin Scorsese’s seminal Taxi Driver breaking the run for a week in March. Cuckoo’s Nest was ultimately supplanted by All the President’s Men, which led for five weeks — with The Bad News Bears sneaking in for a week. Anyone who doesn’t recognize the ’70s as the true Golden Age of American filmmaking doesn’t like good movies.

Speaking of great ’70s flicks, Five Easy Pieces’ showing on ABC topped the Nielsens. Johnnie Taylor’s Disco Lady was the best-selling single. That’s cool and all but I personally prefer the No. 5 song: Right Back Where We Started From, by Maxine Nightingale. The biggest album was Frampton Comes Alive — one of the albums of the 1970s.

The Joker #8, DC. The Clown Prince of Crime’s entertainingly oddball series was nearing its end with this showdown with the Scarecrow, by Elliot S! Maggin, Irv Novick and Tex Blaisdell. In keeping with the Comics Code, both villains end up incarcerated — but one of them still gets the upper hand. 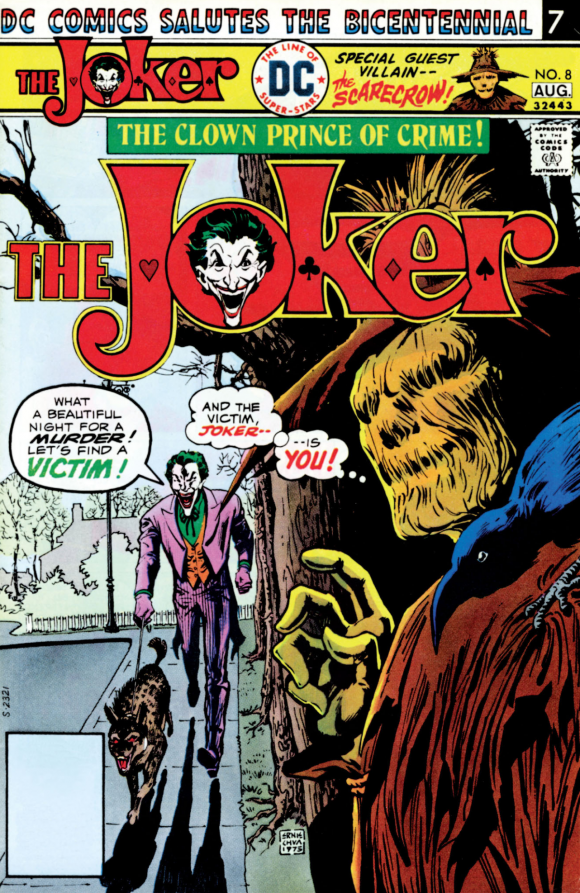 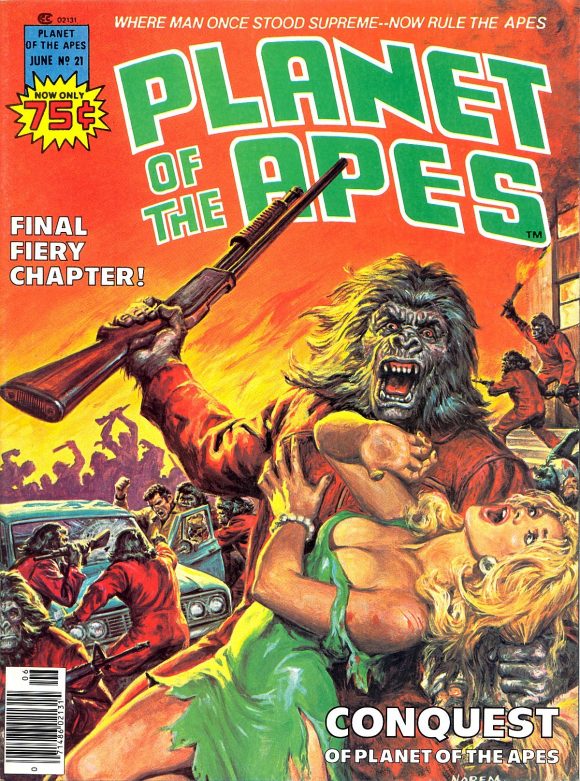 Batman #277, DC. I don’t talk about this much, but 1975-76 was a fairly fallow period for the Caped Crusader in Batman and Detective. Batman Family was really where it was at. Nevertheless, I own this — and would have bought it off the rack — because of course. It’s Batman. 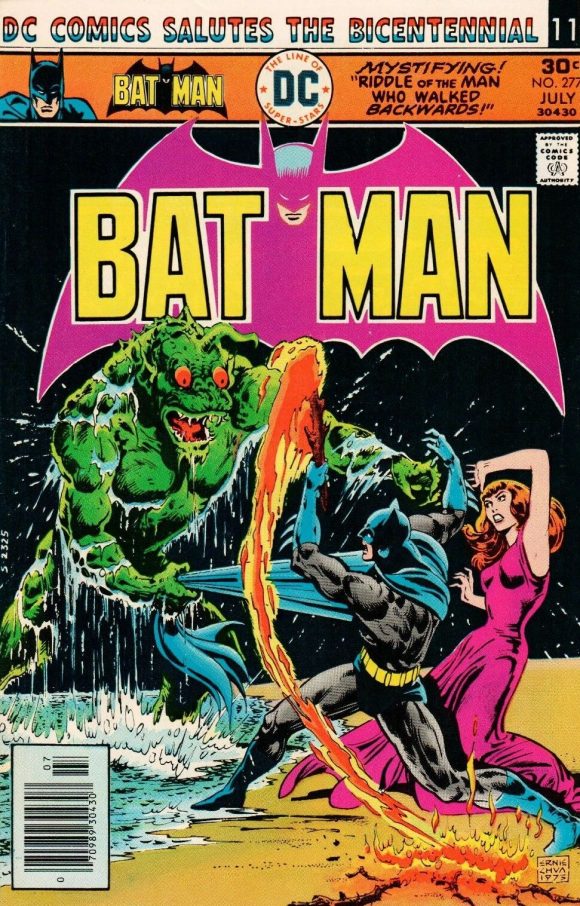 Plop! #22, DC. Anytime I mention that a particular title deserves an omnibus — such as Amazing World of DC Comics — inevitably someone will chime in requesting a Plop! edition. This one’s for you! 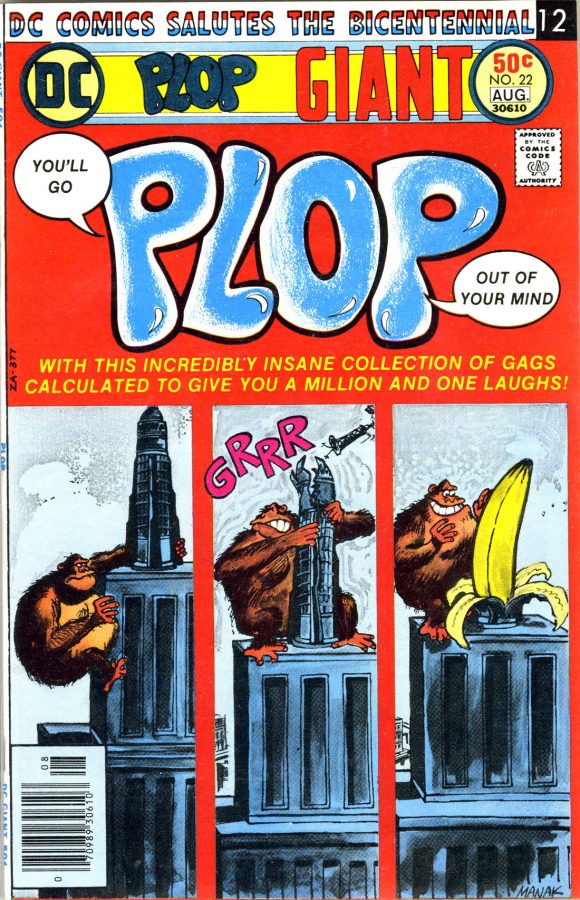 Justice League of America #132, DC Comics. I never had this comic, but I vividly remember seeing it on the spinner rack at the Rexall. 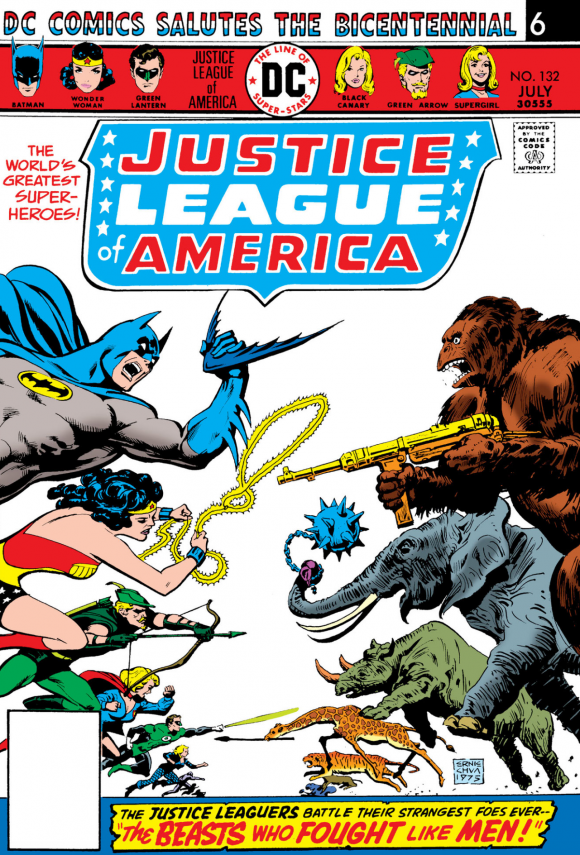 Dan adds: Doesn’t this feel like something from 1965? “DC heroes vs. jungle animals with weapons! The kids will love it!”

The Invaders #7, Marvel. One of Baron Blood’s early appearances. When it comes to supervillains, there’s not much that’s more of a slam-dunk concept than “Nazi vampire.” 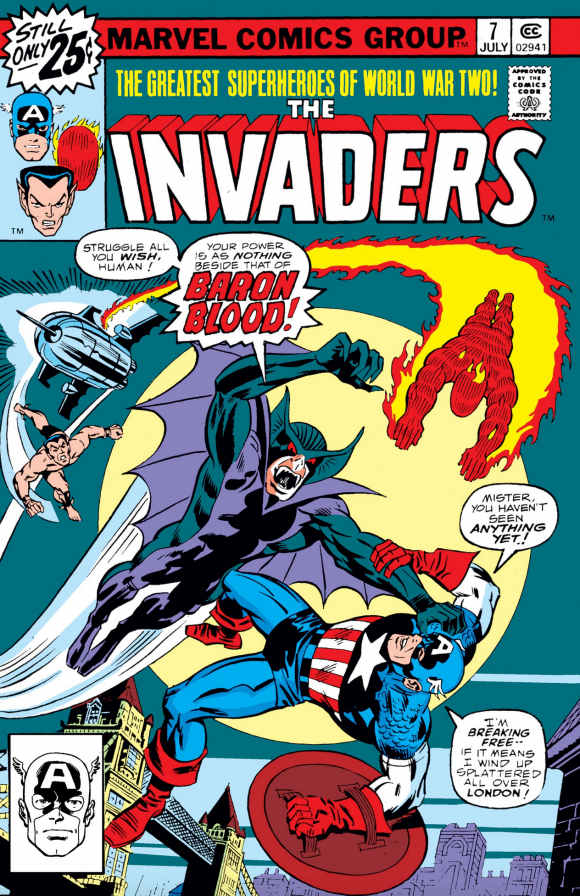 Superman #301, DC Comics. Unusual to see a Superman vs. Grundy cover, and the fact that it’s pencilled by Garcia-Lopez is just icing on the cake. 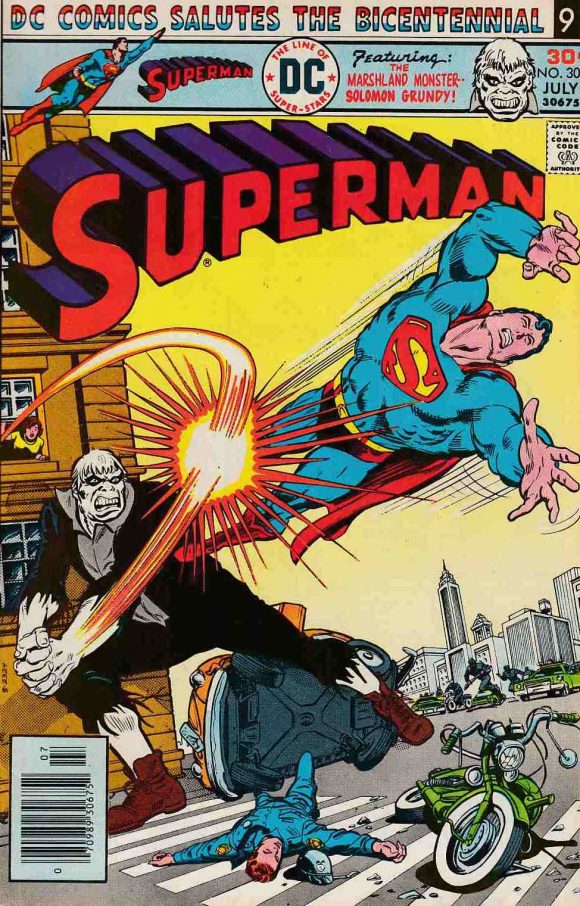