Scott and Dan hit up the comics racks from 46 years ago!

This week for RETRO HOT PICKS, Scott Tipton and I are selecting comics that came out the week of Oct. 20, 1975.

(Keep in mind that comics came out on multiple days, so these are technically the comics that went on sale between Oct. 17 and Oct. 23.) 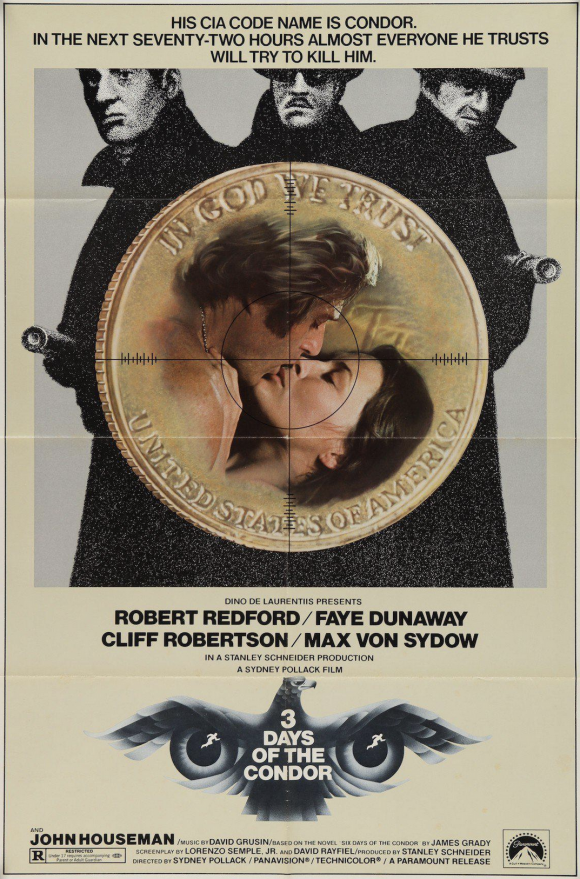 So, let’s set the scene: Gerald Ford was in his only term, having assumed the presidency after Richard Nixon resigned in disgrace the year before. If you want to know why Robert Redford was cast as Alexander Pierce in Captain America: The Winter Soldier (other than he’s, y’know, Robert Redford) it’s because of movies like Three Days of the Condor, which was tops at the box office this week. The Sydney Pollack-directed flick is a classic ’70s paranoia/espionage thriller — a Redford specialty that Winter Soldier was riffing on amid all the superheroics.

The top-rated show of the week was Game 7 of the 1975 World Series between the Cincinnati Reds and Boston Red Sox, considered one of the greatest Fall Classics in history. (All In the Family was the most popular show overall at the time.) Neil Sedaka’s Bad Blood was the best-selling single; it’s very Elton Johnish, which is no surprise when you consider ol’ Reg sang back-up on the hit. By the way, Elton’s own Island Girl was No. 8 — but it would unseat Bad Blood atop the chart the following week. Another great song in the Top 10? Games People Play by the Spinners (No. 5).

John Denver’s Windsong led the Billboard albums chart — but the runner-up was Pink Floyd’s Wish You Were Here, whose title track just might be the best song ever recorded by the band.

Batman Family #3, DC. A quietly seismic book (yes, that’s an oxymoron): This is the issue where Robin and Batgirl acknowledge that they know each other’s secret identities. That paradigm shift and the flirty nature of their relationship cemented a will-they-or-won’t-they trope that eventually morphed into the Dynamite Duo becoming DC’s great star-crossed lovers, as both heroes’ origins were retconned repeatedly over the decades and Barbara was made younger so that she and Dick would be contemporaries, as opposed to being about 8-10 years apart in age. Of course, that was all in the future. In 1975, it was a gas knowing that Batgirl was now in the loop — a really big deal for those of us weaned on the Adam West Batman show. (And the story — about a “magical” island of thrills, by Elliot S! Maggin, Jose Luis Garcia-Lopez and Vince Colletta — is a real kick in its own right. Groovy reprints too — including Kite-Man’s first foray into the Bronze Age.) 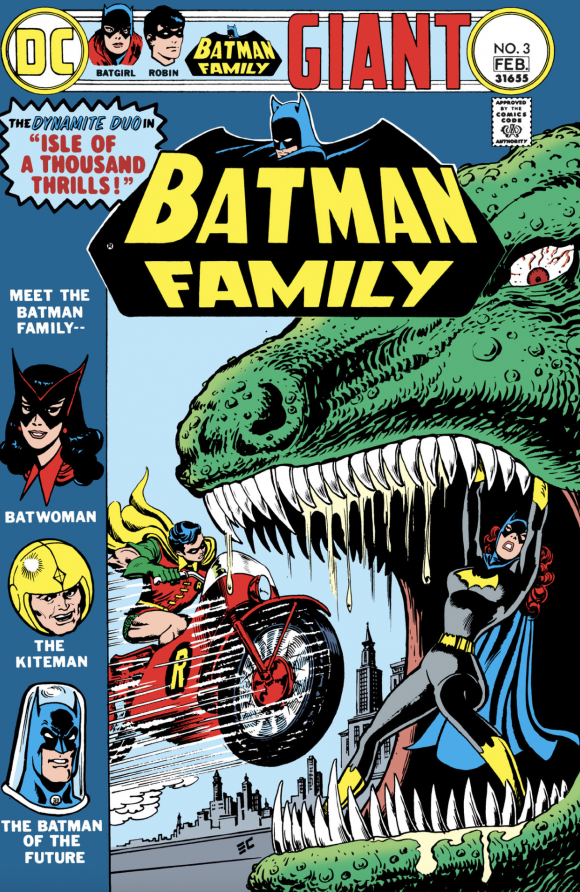 Scott adds: Just look at that cover. You have Batgirl holding open the jaws of a T-Rex, you have Robin on his amazing ‘70s Robin Cycle, you have Batwoman, you have your Kite-Man, you have… Batman of the Future?! This comic has everything. 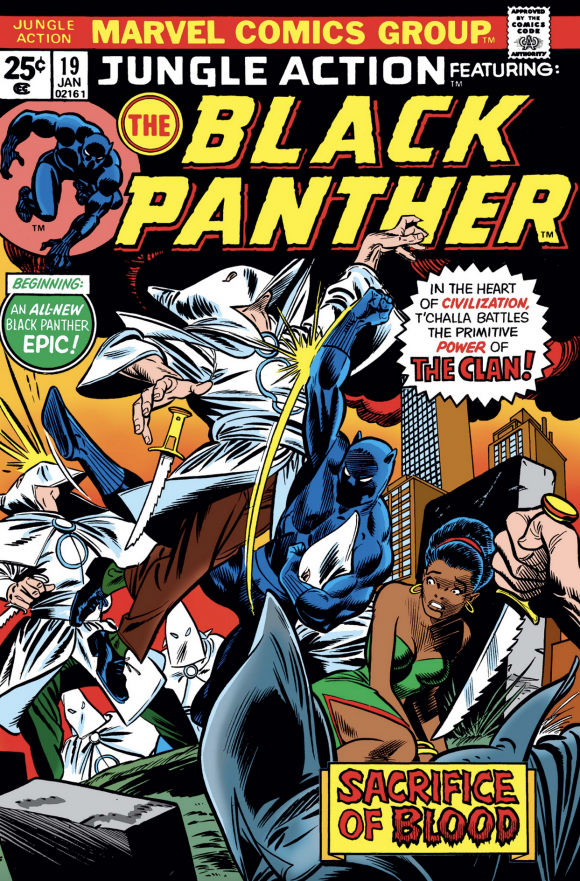 The Avengers #143, Marvel. Steve Englehart was so killer on The Avengers that DC lured him away to do Justice League of America — and he picked up Detective Comics, as well. We all know how awesome that turned out. The penciller was some up-and-comer named George Perez. 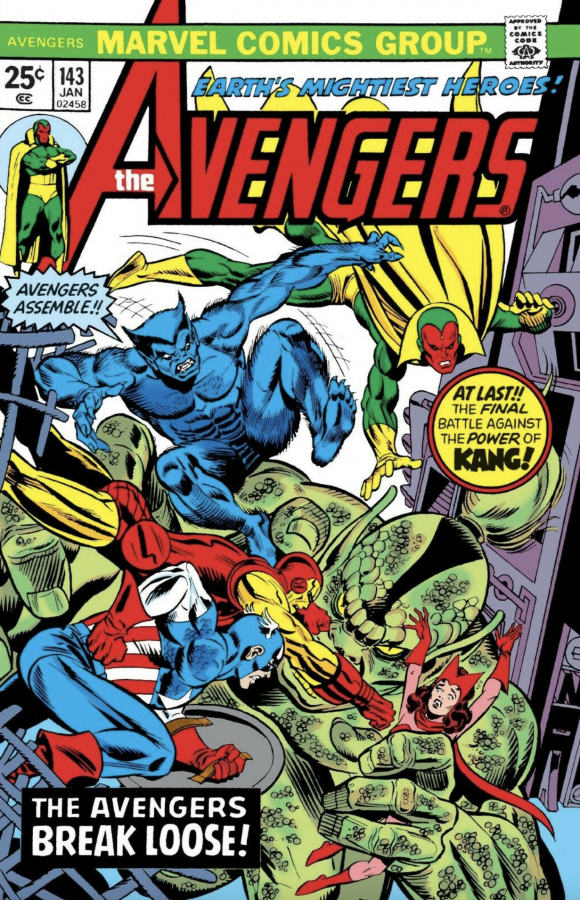 Blackhawk #244, DC Comics. I remember this issue being heavily advertised in other DC comics at the time. I never saw it on the racks, but if I had, I would surely have bought it. 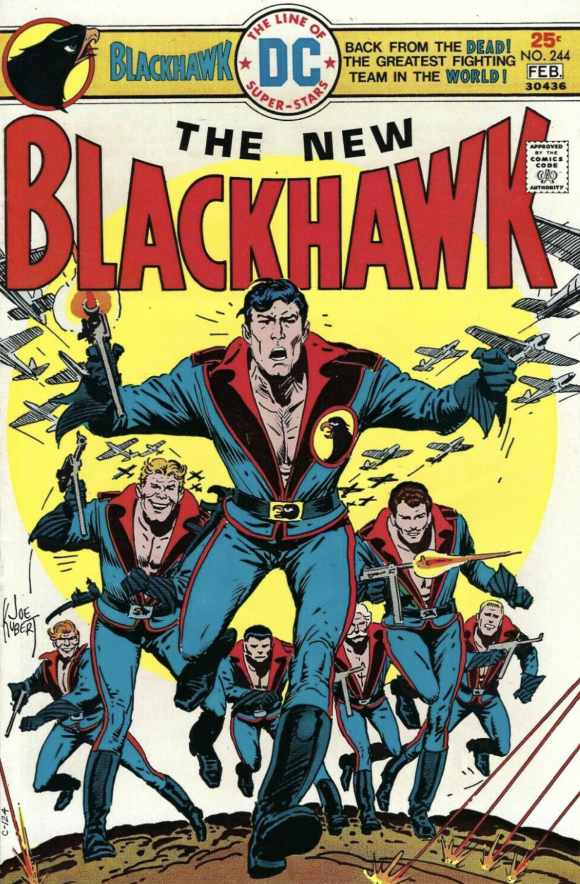 Marvel Feature #2, Marvel. Marvel’s Red Sonja made a splash almost immediately, and became even more popular thanks to the very striking artwork by Frank Thorne. 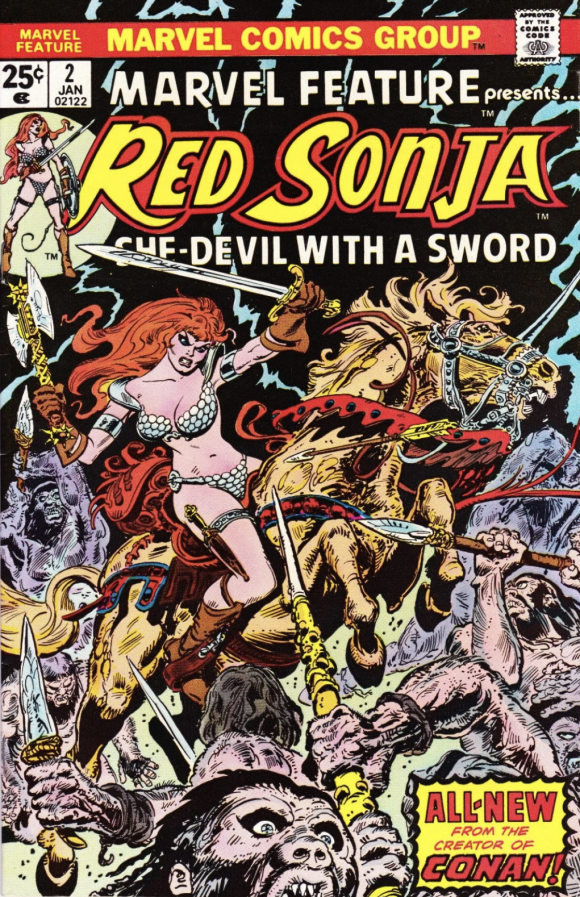 Dan adds: I was 8 in 1975, so this was completely over my head. But it’s Frank Thorne Red Sonja, so how do you leave it off the list?

The Defenders #31, Marvel. More often than not, it seemed like every time I saw a Defenders comic they were fighting each other, which just wasn’t what I was looking for in my superhero team books. 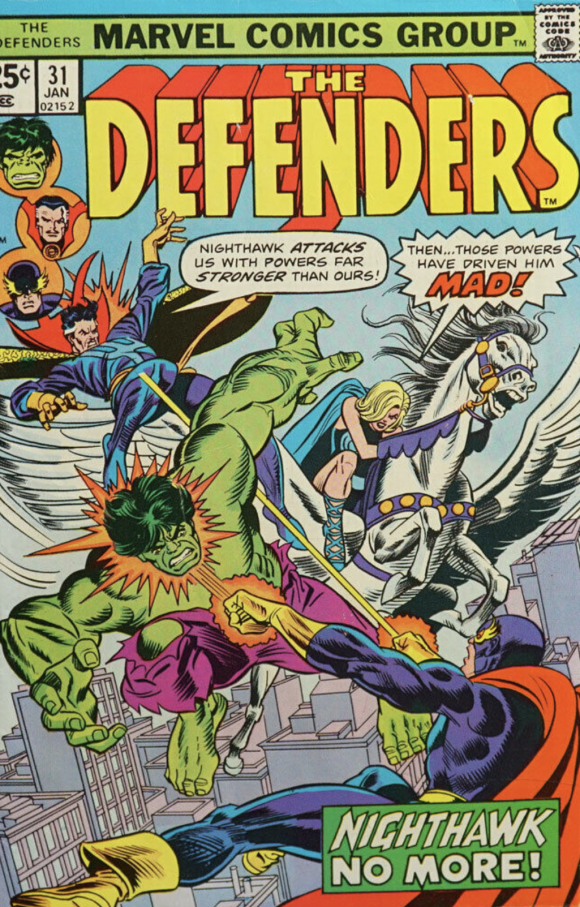