This week for RETRO HOT PICKS, Scott Tipton and I are selecting comics that came out the week of April 28, 1974.

(Keep in mind that comics came out on multiple days back then — as has become the case now. So these are technically the comics that went on sale between April 25 and May 1.)

So let’s set the scene: Richard Nixon was president. Nobody knew it yet, but he’d resign in less than four months. Watergate, y’know. Paul Newman and Robert Redford’s second buddy-movie go-around, The Sting, which came out at the end of 1973, was tops at the box office. If you remember, everyone learned how to play Scott Joplin’s The Entertainer on the piano. The film won seven Oscars, including Best Picture, though in my mind Butch Cassidy and the Sundance Kid was the far superior film.

The two-part ABC miniseries QB VII, starring Ben Gazzara and Anthony Hopkins, was the buzziest show on TV. The soundtrack to The Sting was the best-selling album and Grand Funk’s cover of The Loco-Motion was the No. 1 single. It’s a credible version but I’ll take Little Eva’s from 1962:

Batman #257, DC. Naturally, I have incredibly fond memories of DC’s 100-pagers but there’s something I learned recently during a re-read: A number of the lead stories in Batman kind of missed the mark during this period. The Caped Crusader’s turn toward darker, gothic and street-level storylines began in the late ’60s and really hit the mark in the early ’70s. By 1974, stories weren’t campy or anything but they were definitely brightening again, especially with the return of colorful villains who’d been shelved for awhile. In any event, this one’s kind of a pleasant middle-grounder. The Penguin’s back, Talia makes an appearance and Robin guest stars. It’s a fun little tale that will neither change your life nor annoy you. 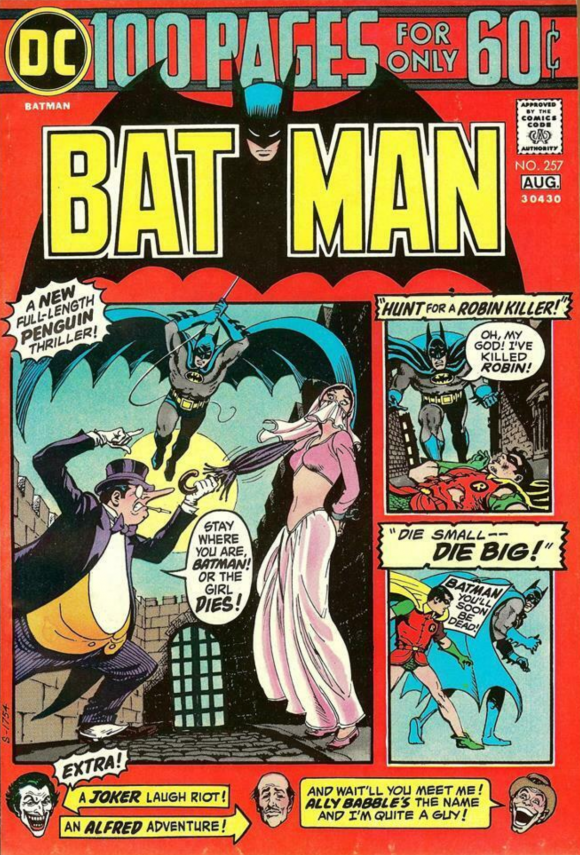 Worlds Unknown #8, Marvel. Regular 13th Dimension readers can tell you how much I love the movie The Golden Voyage of Sinbad, what with its Ray Harryhausen special effects and Caroline Munro’s memorable performance. This is the second chapter of Marvel’s two-part adaptation, brought to you by Len Wein, George Tuska and Vince Colletta. Groovy times. (Click here for Rob Kelly’s REEL RETRO CINEMA column on the cult-fave flick and the Marvel comic.) 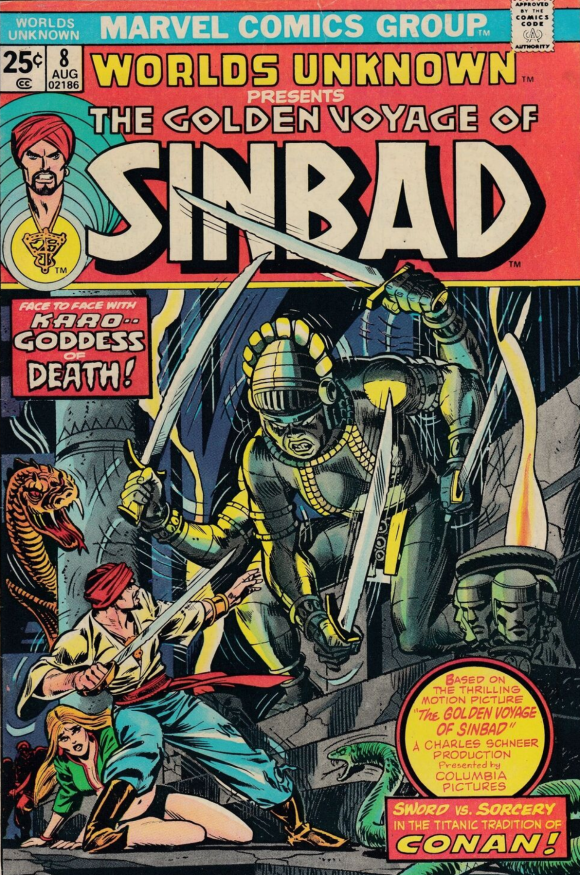 Marvel Tales #52, Marvel. I always feel like I’m cheating whenever I pick Marvel Tales in the ’70s because these are generally reprints from the ’60s. But so what: This was part of the comic book experience in the Bronze Age. Besides, these stories held up as well in 1974 as they did the first time around. Hell, they hold up as well now as they did the first time around. 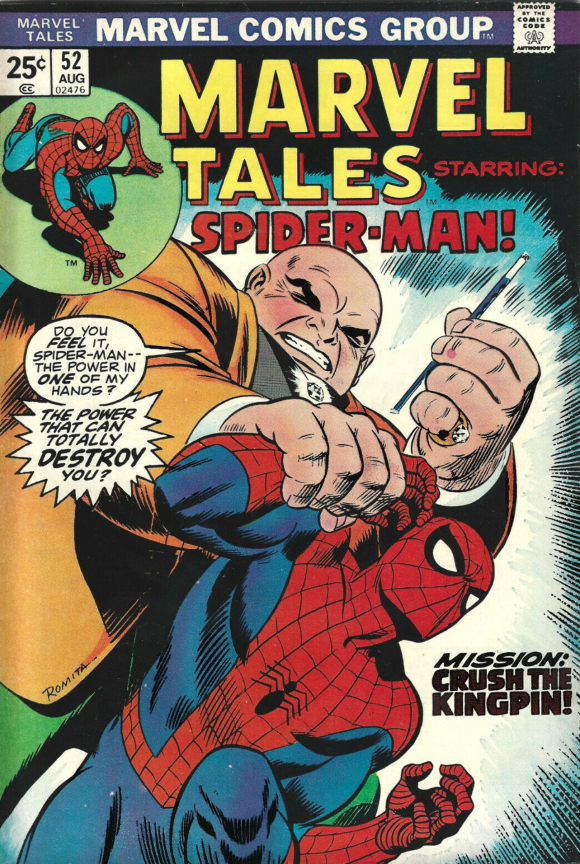 Super Cops #1, Archie/Red Circle. I remember when this movie ran on TV and being so disappointed that even though the “Super Cops” were nicknamed Batman and Robin, the flick had zero to do with the Dynamic Duo. Oh, well. Still a fond ’70s footnote. (And, hey, click here for Rob Kelly’s REEL RETRO CINEMA column on this film and comic, too.) 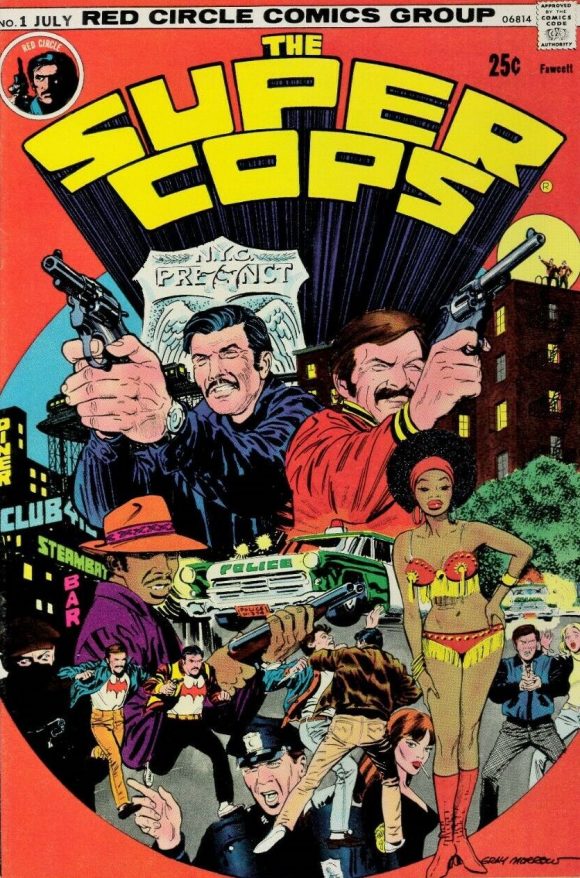 Action Comics #437, DC. When DC briefly went to this reprint-laden 100-page format in the early ‘70s, you were always guaranteed some generic but still great covers, like this one from Nick Cardy. 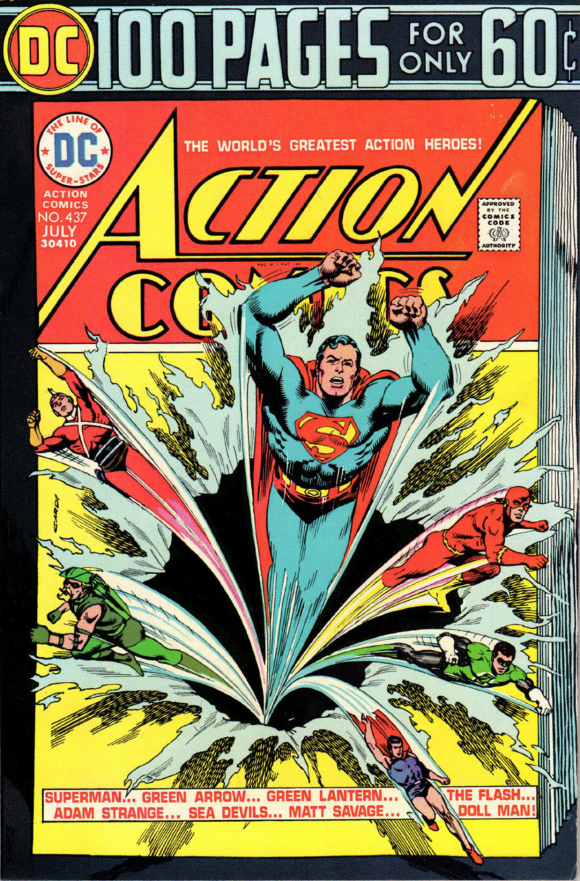 Incredible Hulk #178, DC. Adam Warlock’s early appearances always creeped me out as a young reader. Something about the way Gil Kane drew him felt foreign and wrong. (Only in this case it’s Herb Trimpe with alterations by John Romita.) 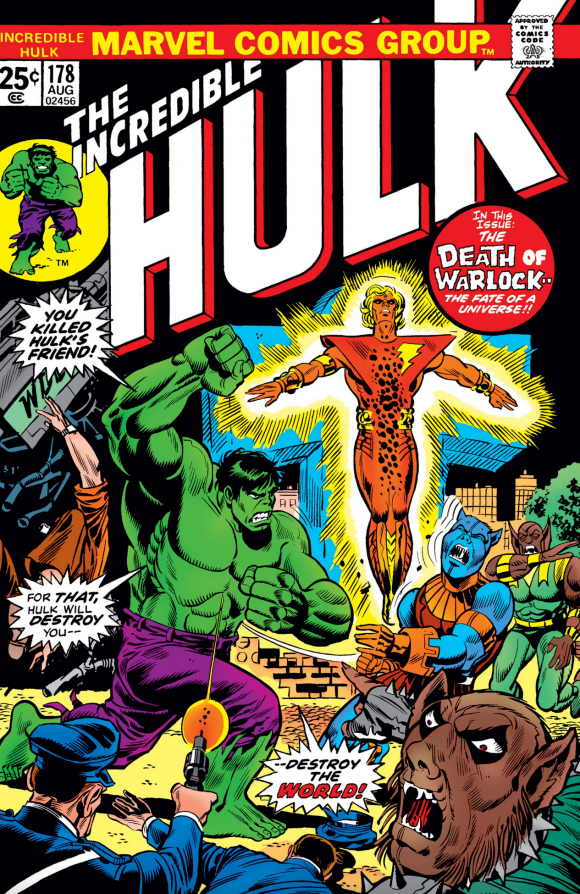 Adventure Comics #434, DC. I can’t explain what’s happening on this cover, but it’s scary and I woulda bought it. 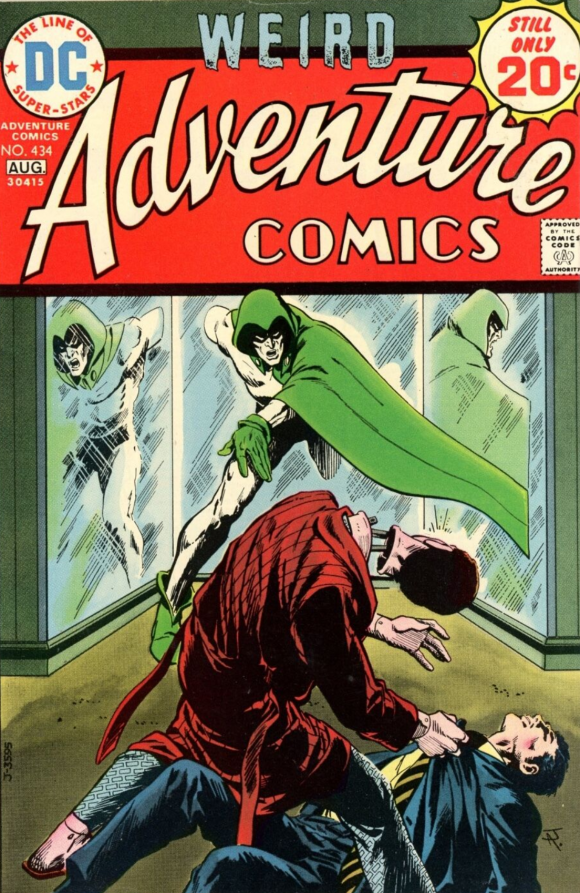