This week for RETRO HOT PICKS, Scott Tipton and I are selecting comics that came out the week of Feb. 3, 1973.

(Keep in mind that comics came out on multiple days back then — as has become the case now. So these are technically the comics that went on sale between Jan. 31 and Feb. 6.) 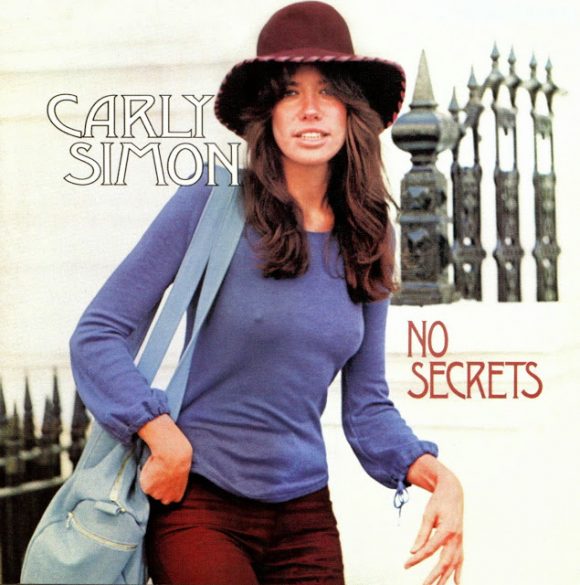 So let’s set the scene: Richard Nixon was early in his aborted second term but there was major news as the Paris Peace Accords — designed to end the Vietnam War — were signed just the week before. (The treaty officially removed the US from fighting but the bloody conflict would continue for another two years.) The big film at the time was Bernardo Bertolucci’s controversial (and tedious) Last Tango In Paris. On television, All In the Family was in the middle of a 14-week run atop the Nielsens.

The Billboard 100 was grooving along, with Elton John’s Crocodile Rock, Carly Simon’s You’re So Vain and Steve Wonder’s Superstition in the lead three positions, respectively. (By the way, the No. 6 song — Oh, Babe, What Would You Say, by Hurricane Smith — was in heavy rotation at Chez Greenfield because it would send my sister Paula and me into fits of laughter.) Meanwhile, Simon’s No Secrets was the best-selling album. 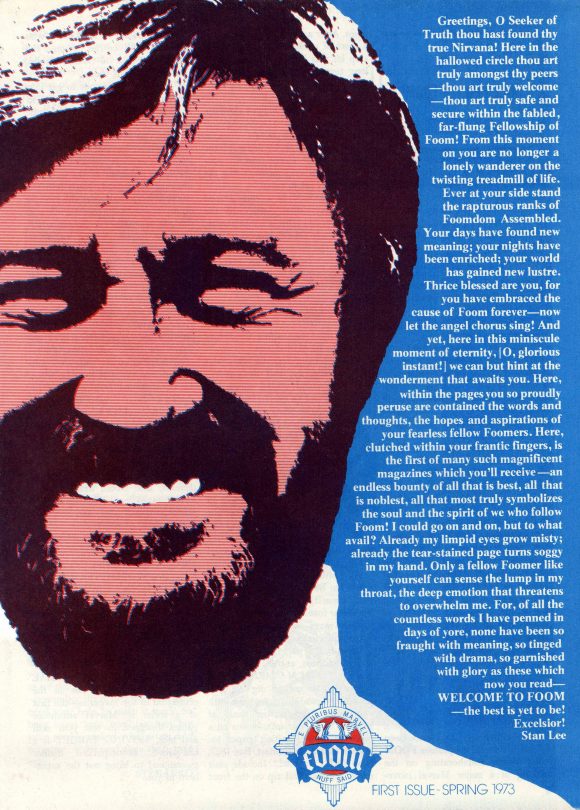 Dan adds: I’ve recently begun collecting Amazing World of DC Comics and would love to do the same with FOOM but damn, those issues are expensive. Hey, Marvel, how about an omnibus?)

Justice League of America #105, DC Comics. Ralph “The Elongated Man” Dibny joins the team! I know lots of people consider Ralph to be a second-rate replacement for Plastic Man, but I’ve always preferred Ralph, who actually has a personality. 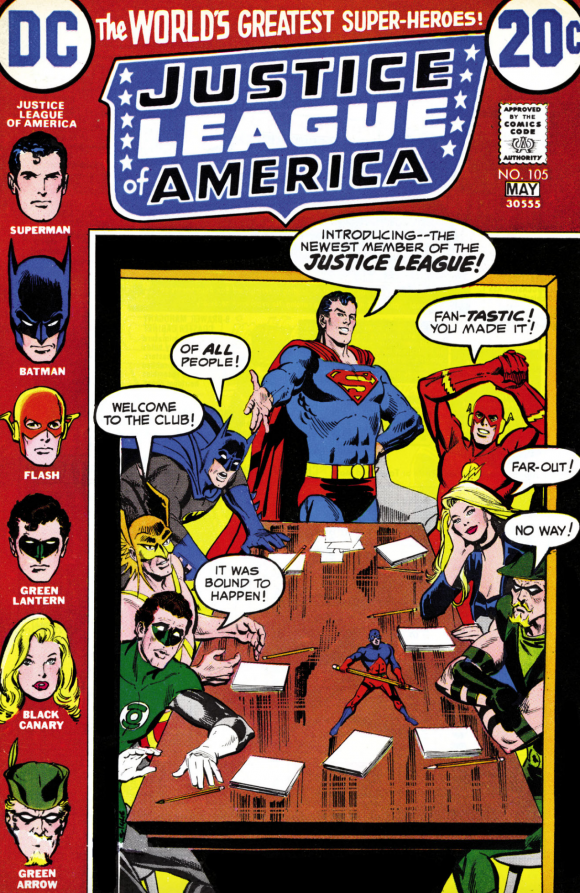 Dan adds: I didn’t dig EM that much when I was a kid but I’ve really grown to appreciate his very charming Silver and Bronze Age adventures with his wife, Sue. Also: I love the Flash’s two-fisted victory pump! But why is Ollie being such a tool?

Daredevil #99, Marvel. I’d be willing to bet cash money that if you asked most modern Black Widow fans, they would have no idea that there was a period when she was Daredevil’s sidekick. An odd time for Natasha. 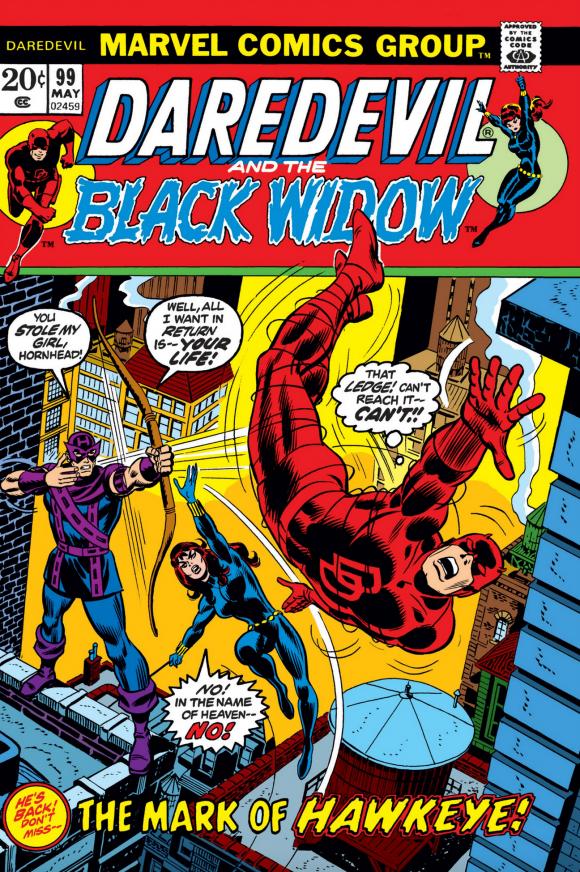 Where Monsters Dwell #21, DC. Reprints the 1961 first appearance of Lee and Kirby’s Fin Fang Foom and his gigantic underpants! Swamp Thing #4, DC. Len Wein and Bernie Wrightson’s seminal work was great from the beginning — and it brought out the best in succeeding creators. In this ish, Swampy battles a werewolf. 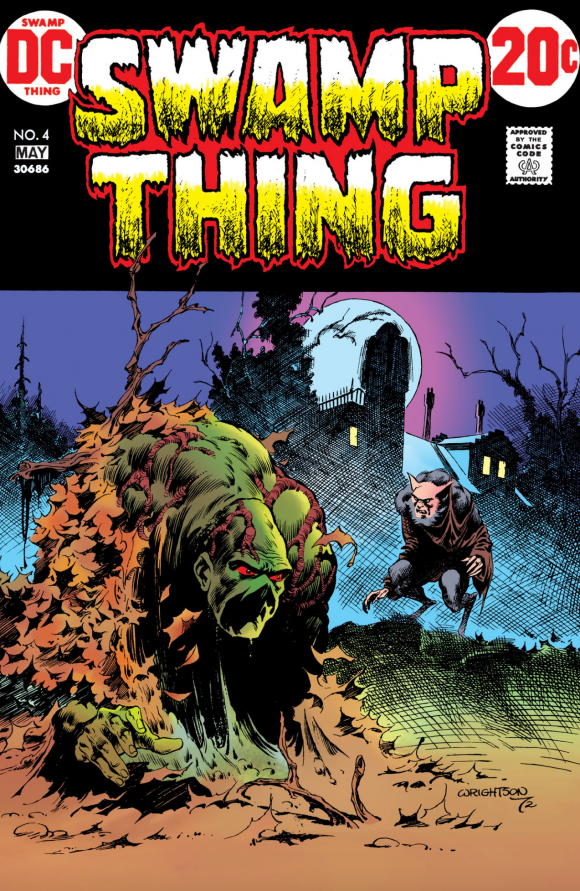 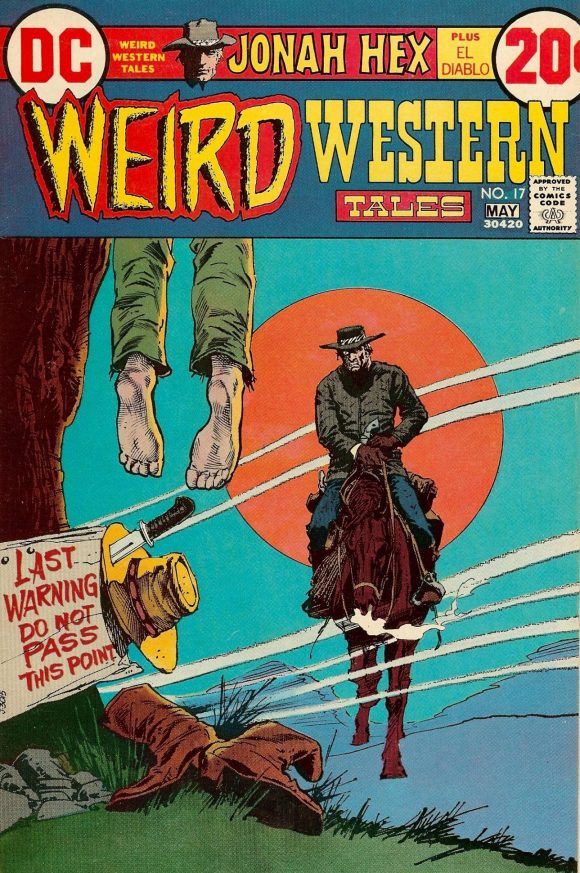