This week for RETRO HOT PICKS, Scott Tipton and I are selecting comics that came out the week of Dec. 15, 1972.

(Keep in mind that comics came out on multiple days, so these are technically the comics that went on sale between Dec. 12 and Dec. 18.)

So, let’s set the scene: Richard Nixon had won re-election the month before but he would never finish his second term due to the Watergate scandal. The Poseidon Adventure, the greatest disaster flick of them all, debuted this week. It hit No. 1 the following week and would dominate the box office into March 1973. I saw it in the theater when I was 5 or 6 and loved every minute of it. I’ve seen it countless times since and it’s one of those movies that if I find it while randomly channel surfing, I’ll just set the clicker aside and watch the rest of it, no matter where it is in the movie.

Since it was the early ’70s, All in the Family was the highest-rated show — but coming in at No. 4 was CBS’s annual broadcast of A Charlie Brown Christmas (brought to you by Dolly Madison, no doubt.)

Billy Paul’s Me and Mrs. Jones supplanted Helen Reddy’s anthemic I Am Woman at the top of the Billboard singles chart. (My fave in the Top 10 was former No. 1 I Can See Clearly Now by Johnny Nash, at No. 9.) The Moody Blues’ Seventh Sojourn was the best-selling album.

Conan the Barbarian #24, Marvel. The first full Red Sonja appearance, courtesy of Roy Thomas and Barry Windsor-Smith, natch. (She first popped up the issue before.) 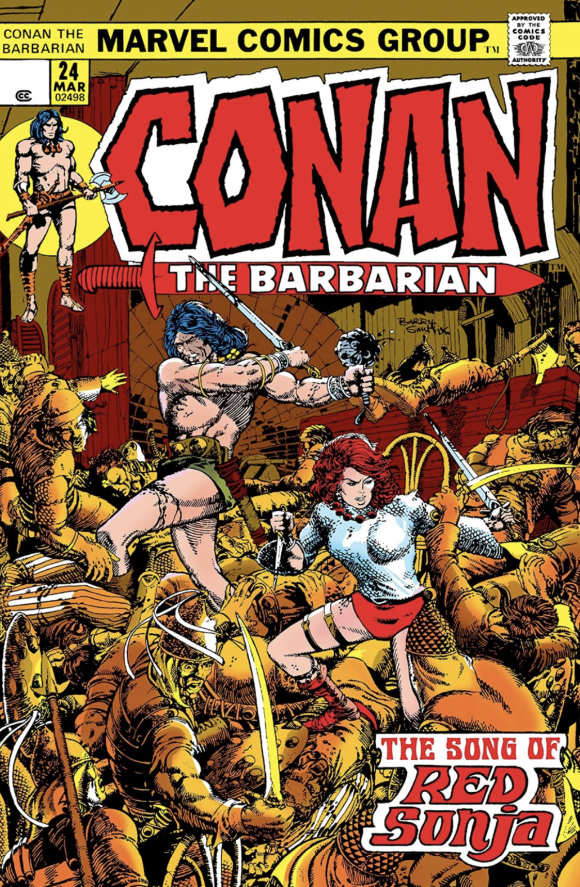 Batman #247, DC. Everyone remembers Batman #219’s The Silent Night of the Batman but this is another first-rate holiday tale. It’s actually two connected stories within the issue — Denny O’Neil writing, with art by Irv Novick and Dick Giordano — culminating in a race against time to prevent nerve gas from being released in Gotham at midnight on New Year’s Eve. Dick Grayson, home from Hudson University, helps out in the second tale. I always appreciated when Robin’s appearances were timed to his college breaks. It always made the stories feel that much more authentic. 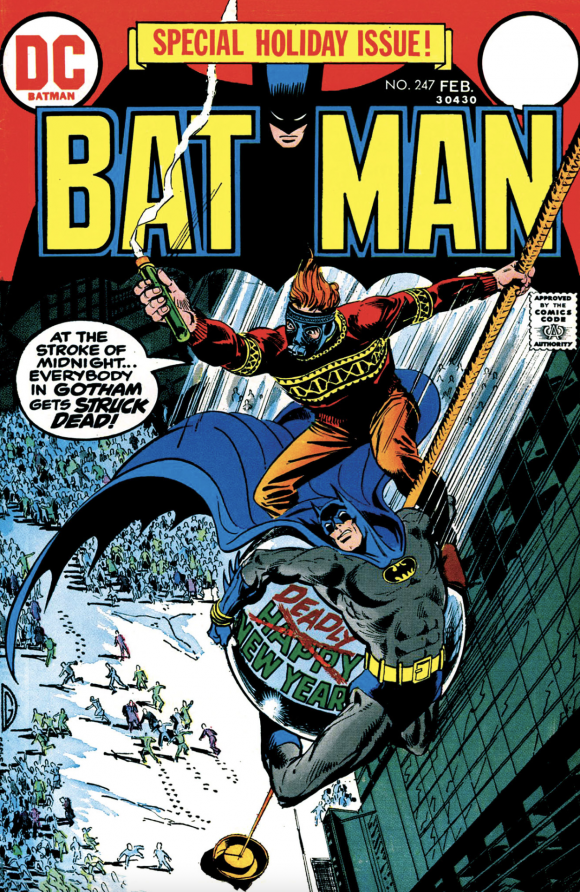 Hero for Hire #7, Marvel. One of the greatest Christmas covers of all time, by Billy Graham. You’d think “Sweet Christmas!” would be on the cover somewhere, but ol’ Luke didn’t start using the phrase until a few years later. Oh, well! 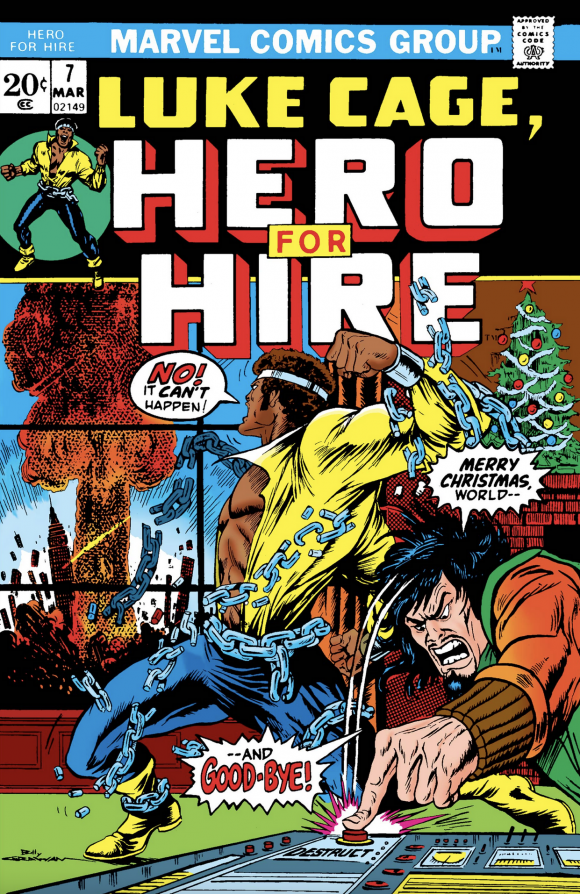 Kamandi, the Last Boy on Earth #3, DC. That right there is a gorilla in a thong. As good a reason as any why there should always be Jack Kirby comics in your spinner rack. 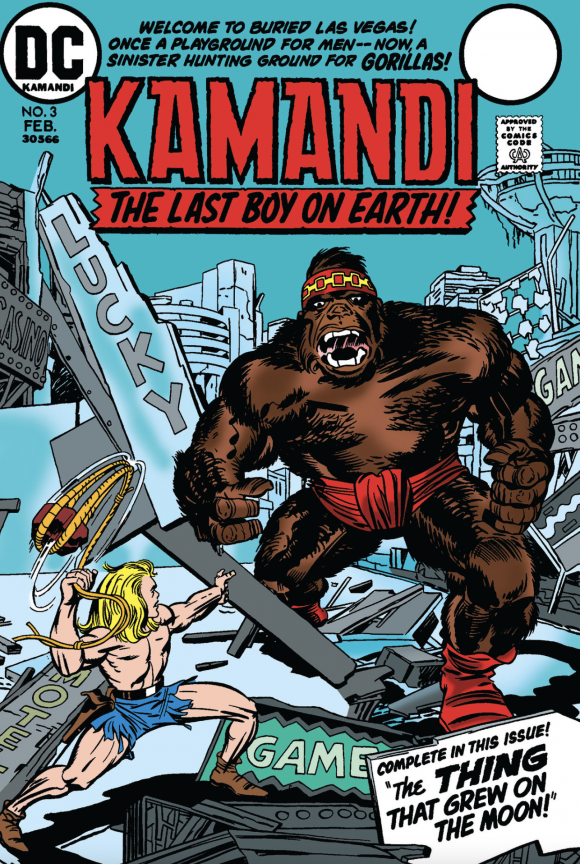 Shazam #1, DC. Captain Marvel’s first official appearance in the pages of DC Comics, after DC acquired the rights to the character from Fawcett. It’s a more than acceptable Shazam! comic, in the spirit of the originals, but no one realized that times had changed and the series never really caught on, lasting only 35 issues across the span of five years. 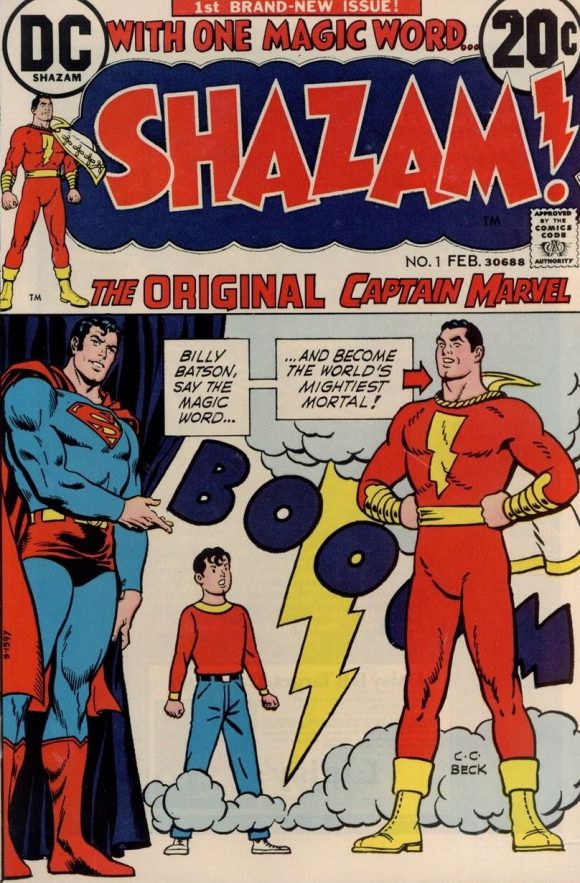 Dan adds: Other folks — including C.C. Beck — rejected the series as too silly. But hey, did you know that this was released Dec. 14, 1972? Did you also realize that Dec. 14 just happened to be a fan-driven Shazam Day this year? No coincidence! Anyway, I remember the original Cap’s arrival and knew it was kind of a big deal, even though I was not at all aware of the back story. I also learned he was my Dad’s favorite hero growing up, along with the Golden Age Atom, which he said he pronounced “Ay-Tom.” The things you learn.

Superman #261, DC. Superman and Carol are getting into a whole weird area here. Lois looks very taken aback, I must say. 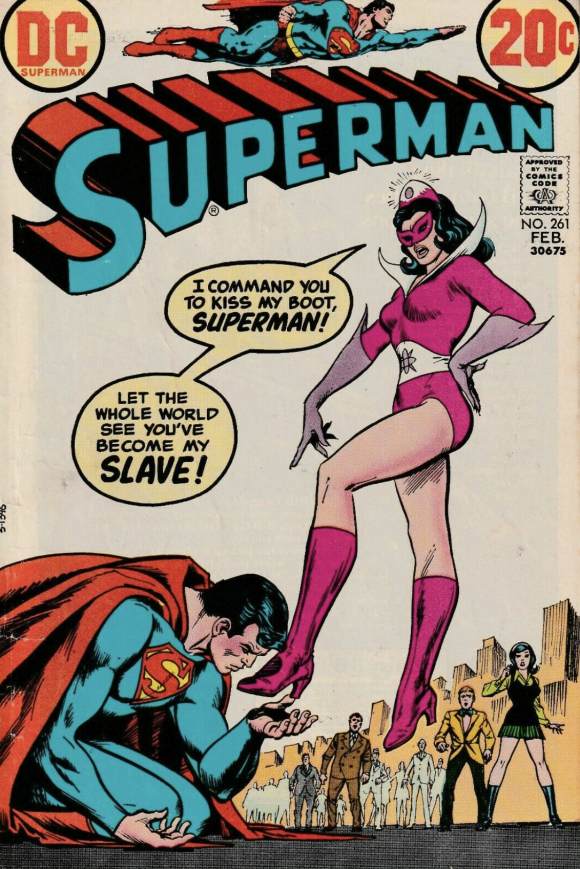