Scott and Dan hit up the comics racks from 56 years ago!

This week for RETRO HOT PICKS, Scott Tipton and I are selecting comics that came out the week of Nov. 16, 1966.

(Keep in mind that comics came out on multiple days, so these are technically the comics that went on sale between Nov. 13 and Nov. 19.)

So, let’s set the scene: Democrat Lyndon B. Johnson was in the middle of his presidential tenure and it was not rosy. After getting flattened in 1964, the Republicans staged a comeback in the 1966 midterms, held the week before. The Democrats kept control of the House and Senate but the GOP had gotten off the mat.

Bonanza, as usual, was the No. 1 ratings grabber, but other popular shows included The Red Skelton Show, The Lucy Show, The Jackie Gleason Show, The Andy Griffith Show, Green Acres and The Beverly Hillbillies. But you just have to know what was on Batman and Star Trek that week, right?

Well, on Batman, it was The Impractical Joker/The Joker’s Provokers, which aired Nov. 16 and 17, respectively. It’s a good-but-not-great two-parter. But get this: On Nov. 17’s episode of Star Trek, it was The Menagerie, Part 1 — which introduced the world to Capt. Christopher Pike. Now THAT is TV history.

The Supremes’ You Keep Me Hangin’ On topped the Billboard 100. The runner-up? How about Good Vibrations by the Beach Boys. That’s a helluva one-two musical punch. Megahits both, to say the least. Over on the album charts, The Monkees’ eponymous debut album was at the top but the list was fat with classics. You can check out the complete list here, but highlights include the Doctor Zhivago and Sound of Music soundtracks, The Supremes A’ Go-Go, The Mamas & the Papas — and the Beatles’ Revolver, which many critics today consider to be the Fab Four’s best.

The Green Hornet #1, Gold Key. The show debuted in September and, naturally, TV tie-in kings Gold Key came up with an adaptation. The TV series lasted one season and the comics series made it to Issue #3. But the love for both endures 56 years later. (Come on, let’s get The Green Hornet on Blu-ray and streaming, huh?) 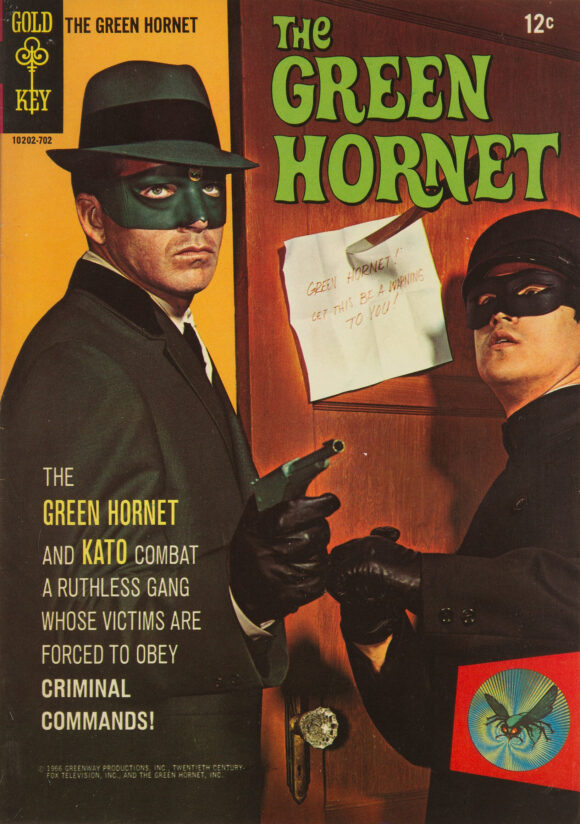 Teen Titans #7, DC. The first appearance of the Mad Mod! This is why the original 1960s version of the Teen Titans was so great: A Carnaby Street couturier could be an arch-villain. Brilliant. 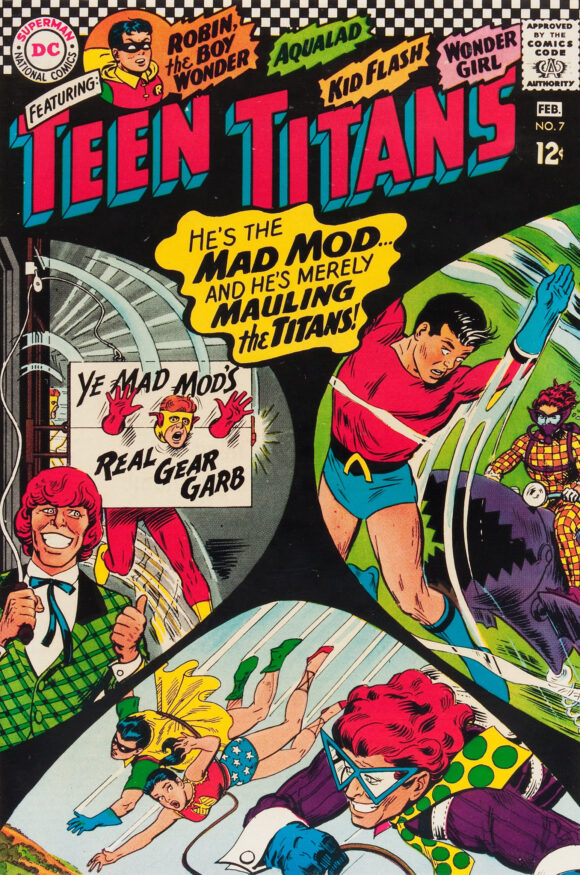 Scott adds: There are a few Teen Titans villains that really withstood the test of time and became pop-culture household names. Then there were the Mad Mods. 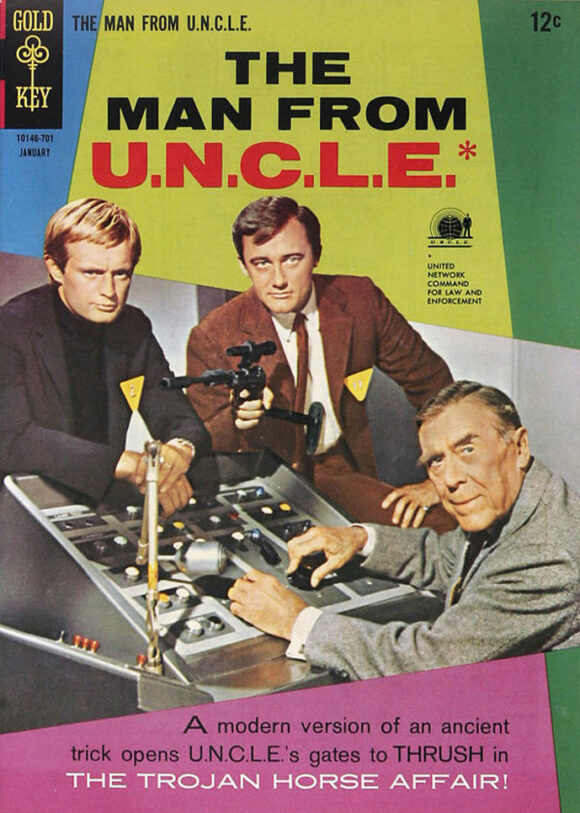 The X-Men #28, Marvel. There weren’t any Marvel comics that came out this week, so we’re bending the rules by picking a few titles that came out earlier in the month but were obviously still on the stands. In this case, we get the introduction of the Banshee by Roy Thomas, Werner Roth and John Tartaglione. 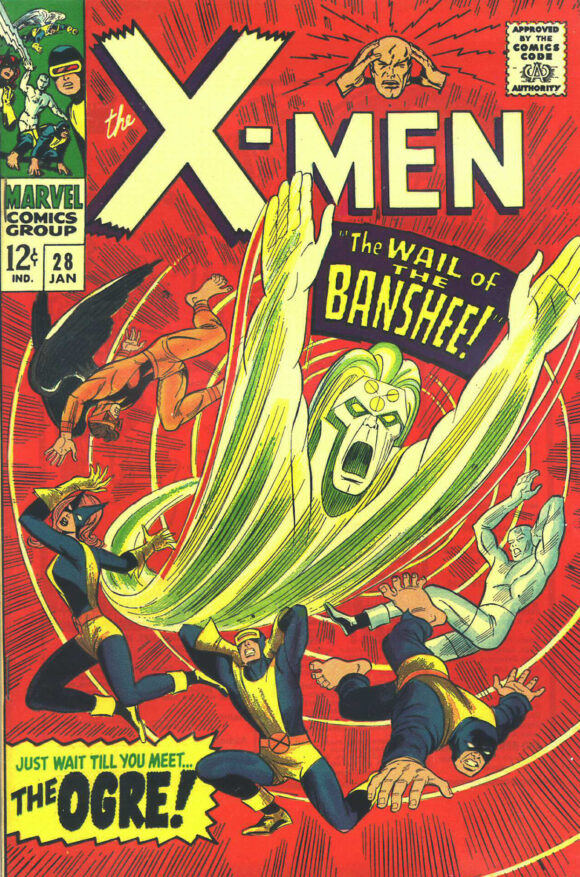 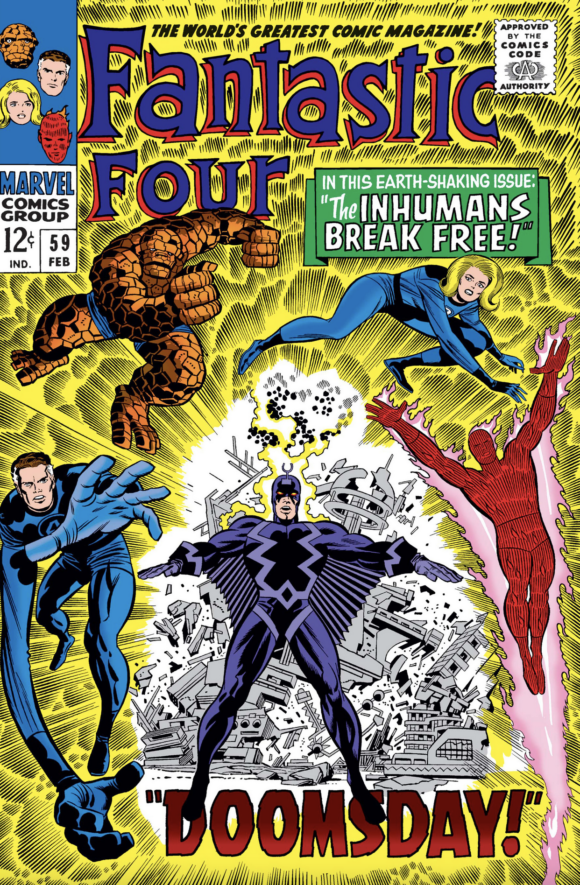 Daredevil #24, Marvel. A rare appearance of Ka-Zar in pants. 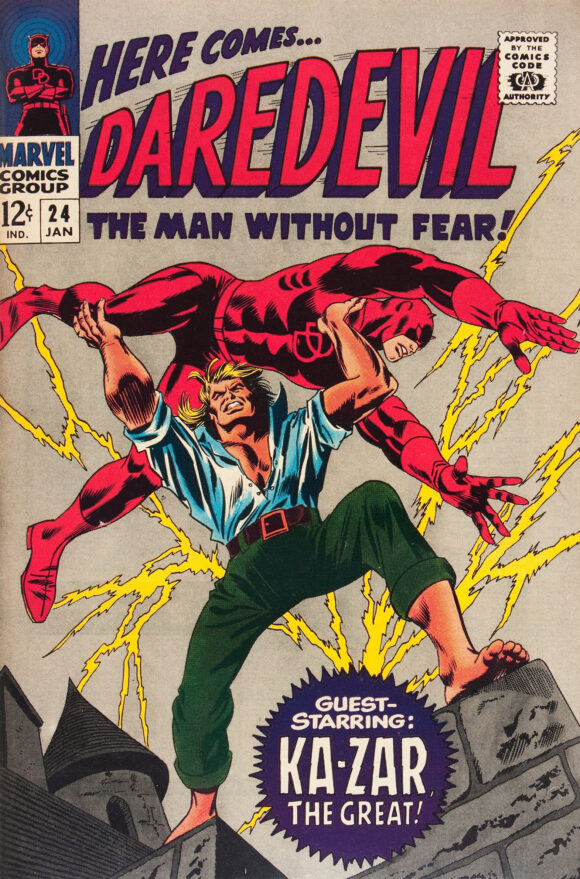 The Amazing Spider-Man #45, Marvel. The Lizard is one of those Spidey-Foes who’s really fallen off the radar in recent years. You never see him in the comics any more, and even in the movies he always kind of seems like an afterthought. Love this oh-so-classic cover, though. 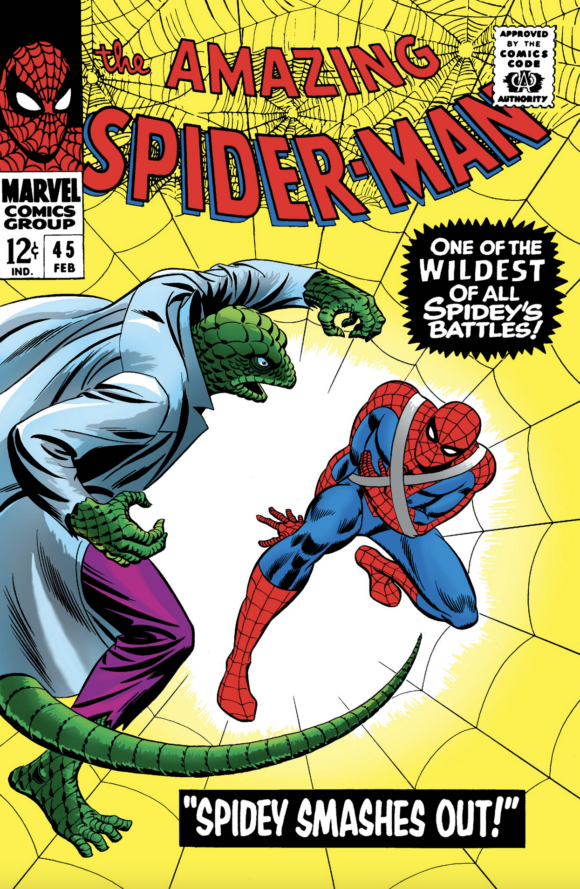