This week for RETRO HOT PICKS, Scott Tipton and I are selecting comics that came out the week of Nov. 2, 1974.

(Keep in mind that comics came out on multiple days, so these are technically the comics that went on sale between Oct. 30 and Nov. 5.)

So, let’s set the scene. Gerald Ford was a few months into his presidential term, which began when Richard Nixon resigned in disgrace in August. The Longest Yard — one of the best sports movies ever and one of Burt Reynolds’ greatest roles — was tops at the box office. (The movie came out the previous summer.) Even if you don’t dig football, check it out. The flick is outta sight. (Though be forewarned: It’s very politically incorrect by today’s standards.)

Sanford and Son was the No. 1 show in the Nielsens. I will never tire of the theme song. Here, check out Quincy Jones’ full version, The Streetbeater:

Stevie Wonder’s You Haven’t Done Nothin — one of his most recognizable tunes — was atop the Billboard 100. Keeping it company on the charts were a couple faves — The Bitch Is Back by Elton John (No. 4) and Whatever Gets You Thru the Night by John Lennon with the Plastic Ono Nuclear Band (No. 6). Crosby, Stills, Nash & Young’s compilation So Far was the best-selling album. (My favorite on the LP is the ever-romantic Our House.)

Adventure Comics #437, DC. The Spectre by Jim Aparo on the cover and Michael Fleisher, Russell Carley and Ernie Chan on the inside. 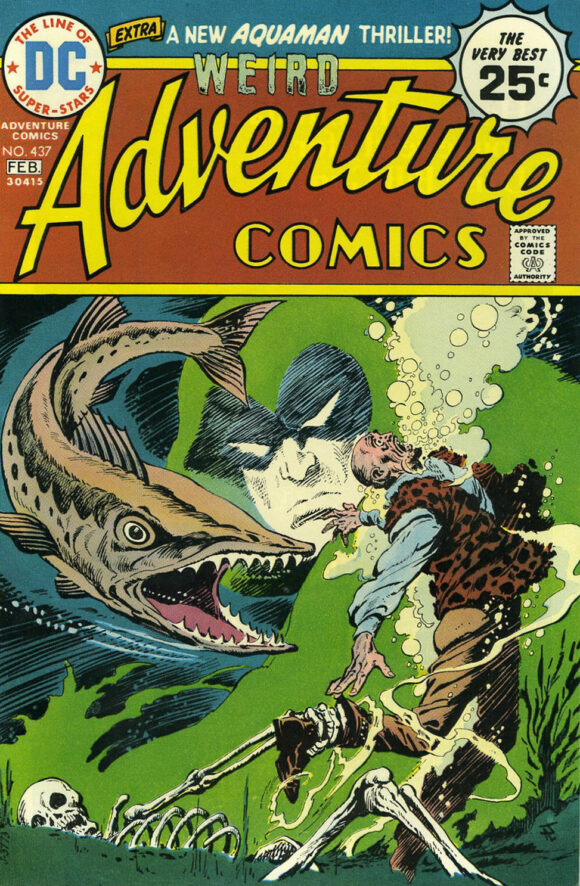 The Aquaman back-up, however, has a pretty groovy story behind it, according to the Grand Comics Database: “Paul Levitz, in an interview with Rik Offenberger published at ComicsBulletin on August 20, 2003, talks about this story; his first solo super-hero writer assignment: ‘My first stories were actually in Weird Mystery and Ghost Castle; I only ‘graduated’ to Aquaman in Adventure thanks to Bill Finger.

“Bill had come in on a Friday to deliver, and was supposed to have two scripts, but only had one done. The check he wanted to pick up was for both, and although Joe [Orlando] wasn’t in, I wasn’t going to hold back a paycheck for Batman’s co-creator… even though Bill was legendary for delivering late and having excuses. But Bill never delivered that story because he died, and by the rules of the time, I was responsible for making up the pages. I asked Joe to let me do something more fun than a mystery story since I had to do it free, and he let me have the Aquaman assignment, and I got to work with Mike Grell. What fun!'” 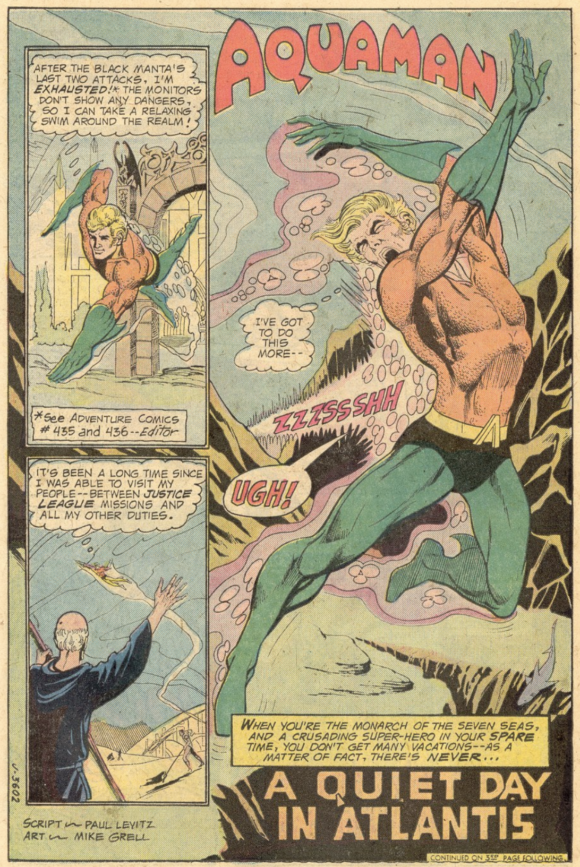 Giant-Size Man-Thing #3, Marvel. And yes I’m snorting with laughter like a middle-school kid. Because you’re not allowed not to. 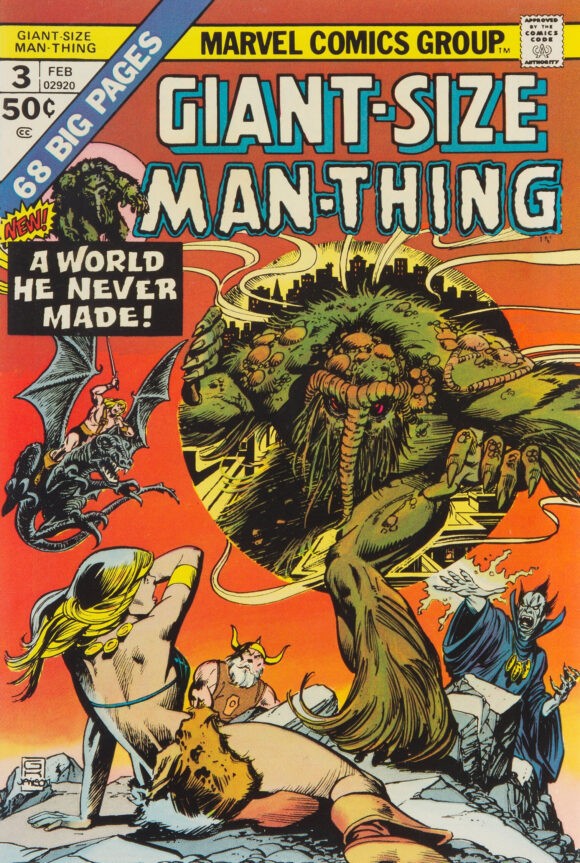 Marvel Tales #57, Marvel. At the time I didn’t grasp the concept that Marvel Tales was a reprint mag. What did it matter, anyway? It was new to me, which was the entire point. Besides, how in the world could I pass up Spidey vs. one of my all-time fave villains, the Lizard? And that cover by John Romita! (Originally from 1969’s Amazing Spider-Man #76). 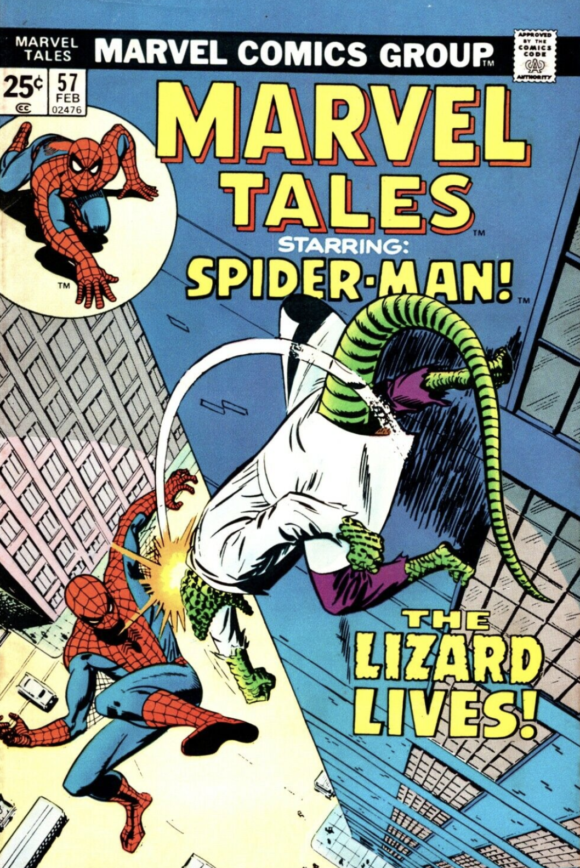 Marvel Treasury Special, Giant Superhero Holiday Grab-Bag #1, Marvel. A treasury edition! Woo hoo! Oh, and hey, Christmas is next month in case you hadn’t realized. Better get on that! 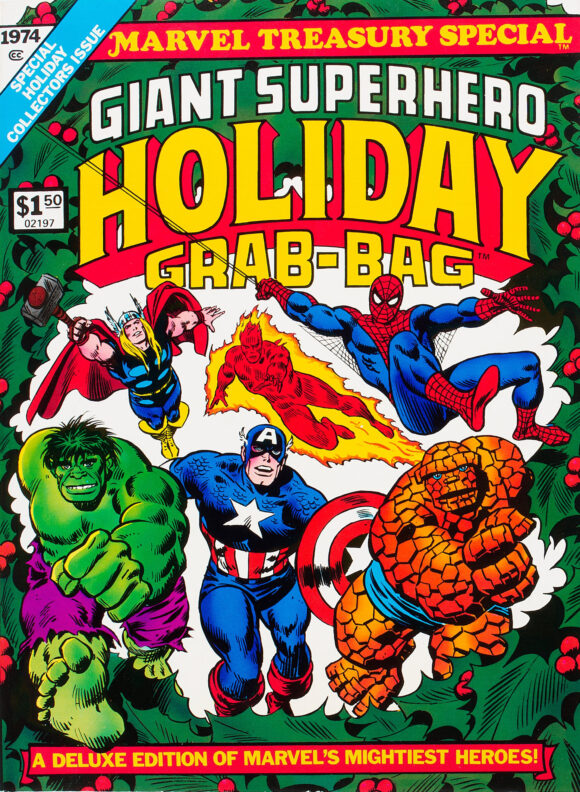 Batman #260, DC. A total cheat: This actually came out the day before this time range, on Oct. 29, but I make the rules so I can break the rules. (Plus, it technically was on sale this week!) 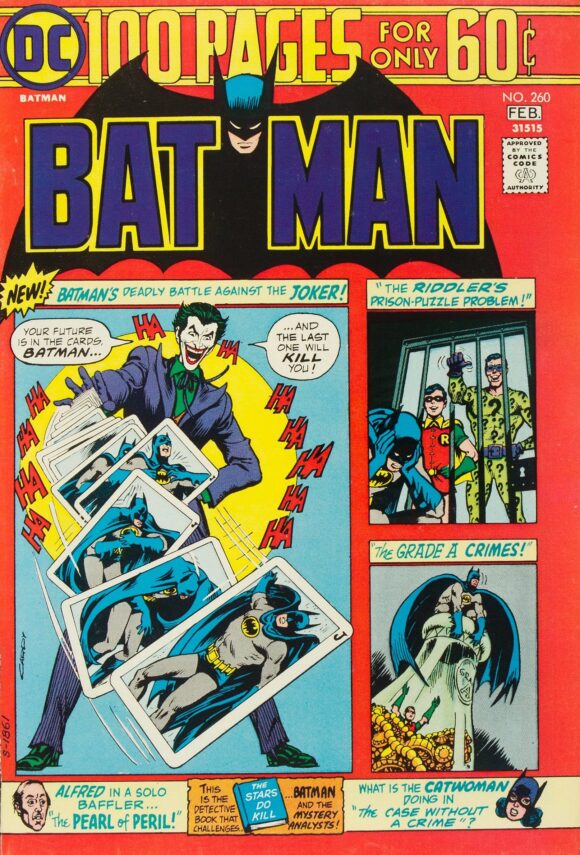 Anyway, I’m doing so here because this is one of my favorite comics of all time and easily one of the best Joker stories of the era. In This One’ll Kill You, Batman! — by Denny O’Neil, Irv Novick and Dick Giordano — the Clown Prince of Crime drugs the Darknight Detective so he’ll laugh himself to death. Great Bronze Age Batstuff. But since this was a 100-Pager, there are five groovy Bat-reprints, a game, a quiz and other features, to boot. The Nick Cardy cover is a groove and I even love the color scheme. All for 60 cents! Such a deal!

Action Comics #443, DC. Bonus points to anyone who can identify that guy between Hawkman and Green Lantern. 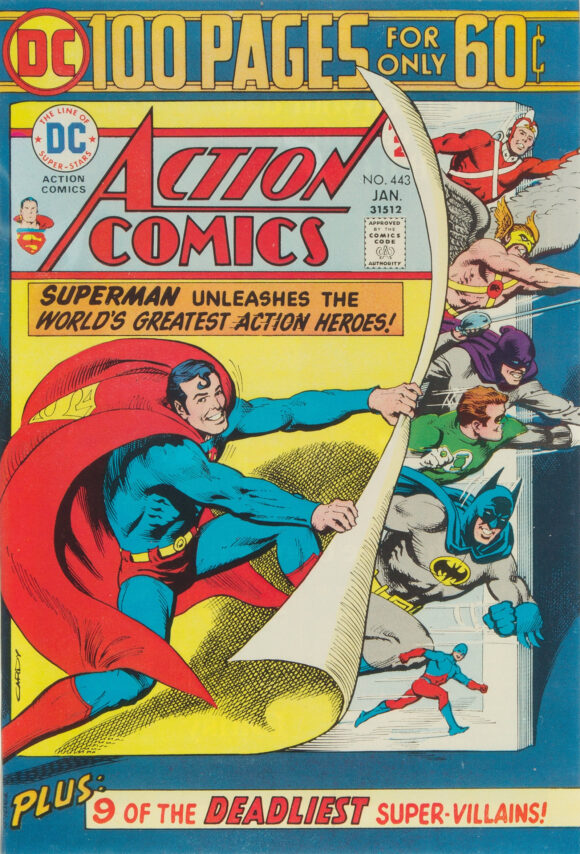 Daredevil #118, Marvel. That’s some of the best cover copy ever: “Circus Spelled Sideways Is Death!” What the what? 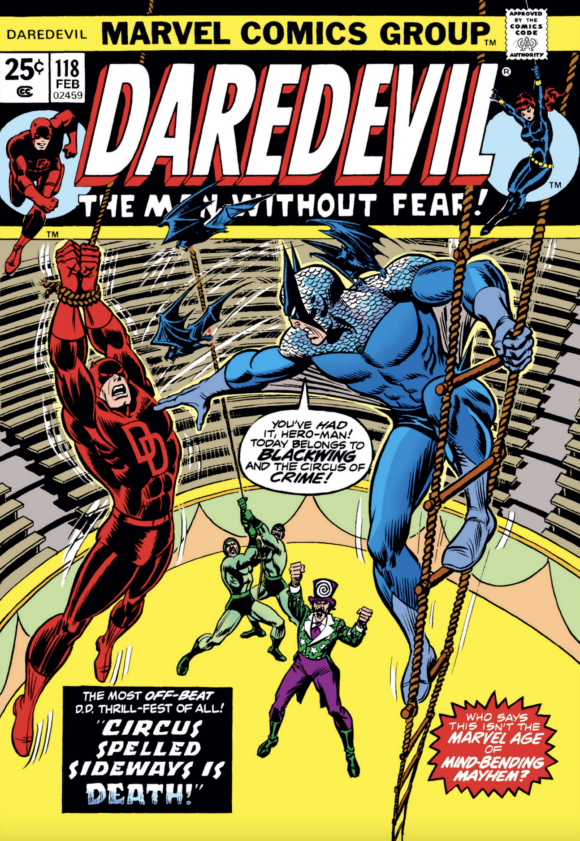 Tomb of Dracula #29, Marvel. I really need to do a full re-read on the Wolfman/Colan Dracula books. Such a good run. 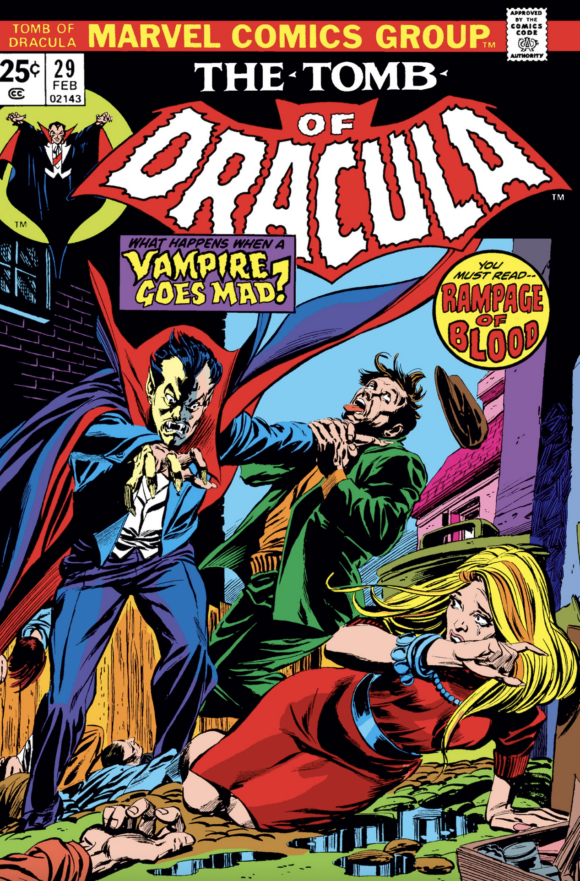