Scott and Dan hit up the comics racks from 56 years ago!

This week for RETRO HOT PICKS, Scott Tipton and I are going to 1965 for the first time — selecting comics that came out the week of May 26 that year.

(Keep in mind that comics came out on multiple days back then — as has become the case now. So these are technically the comics that went on sale between May 23 and May 29.) 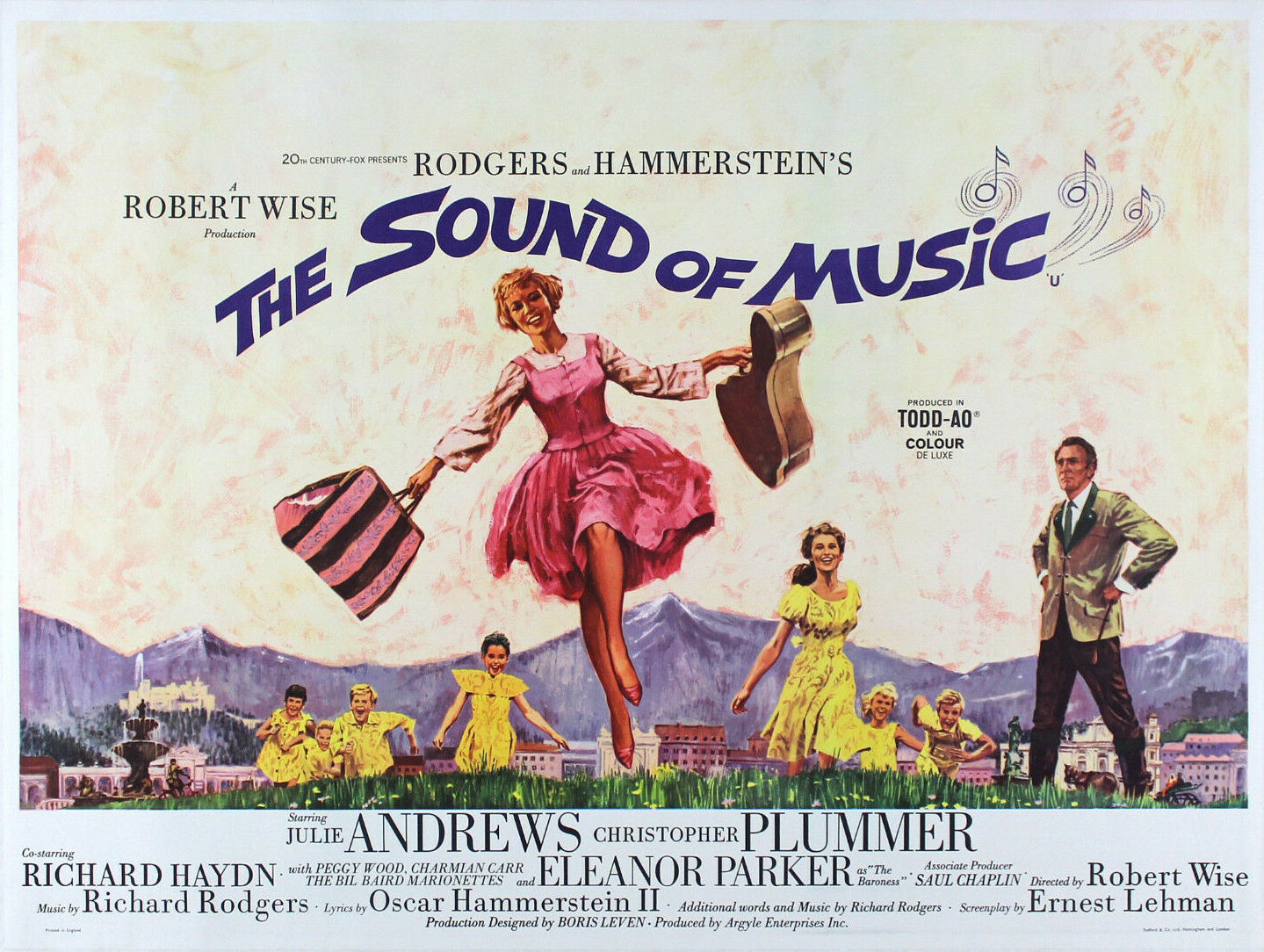 So let’s set the scene: President Lyndon Johnson was in the first year of his only full term. (He, of course, finished out JFK’s term and would not seek re-election in 1968.) The thriller Mirage, starring Gregory Peck, Diane Baker and Walter Matthau — with music by Quincy Jones — was released. OK, fine. But the box-office juggernaut at the time was The Sound of Music, one of the most successful movies ever made. Context: The film was No. 1 at the box office, on and off, from April to December (with substantial stints at the top in 1966, as well). 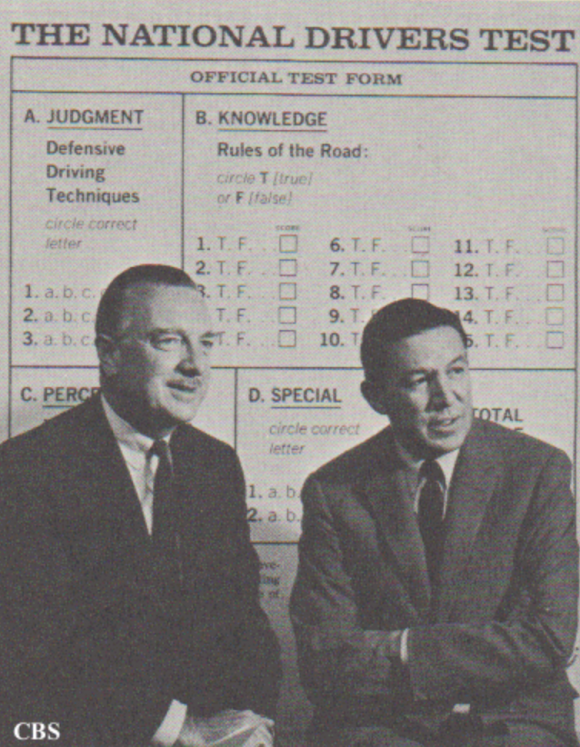 A CBS documentary about road safety, The National Drivers Test, was the top-ranked TV program. Think about that for a moment. No, seriously, think about that. (The big weekly show at the time was Bonanza, which was huge.)

Help Me, Rhonda by the Beach Boys led the Billboard 100, with the Beatles’ Ticket to Ride the runner-up. (The Supremes were third with Back In My Arms Again. It was a time, folks.) The Mary Poppins soundtrack was the best-selling album, with The Sound of Music in second.

Detective Comics #341, DC. A great example of “New Look” Batman in the Silver Age: The lead story — The Joker’s Comedy Capers, by John Broome, Carmine Infantino and Joe Giella — would be adapted for the 1966 TV show, only with the Riddler as the villain (Death In Slow Motion/The Riddler’s False Notion). Nifty Elongated Man back-up too. These stories of Ralph and Sue traveling the world solving mysteries are charming gems. 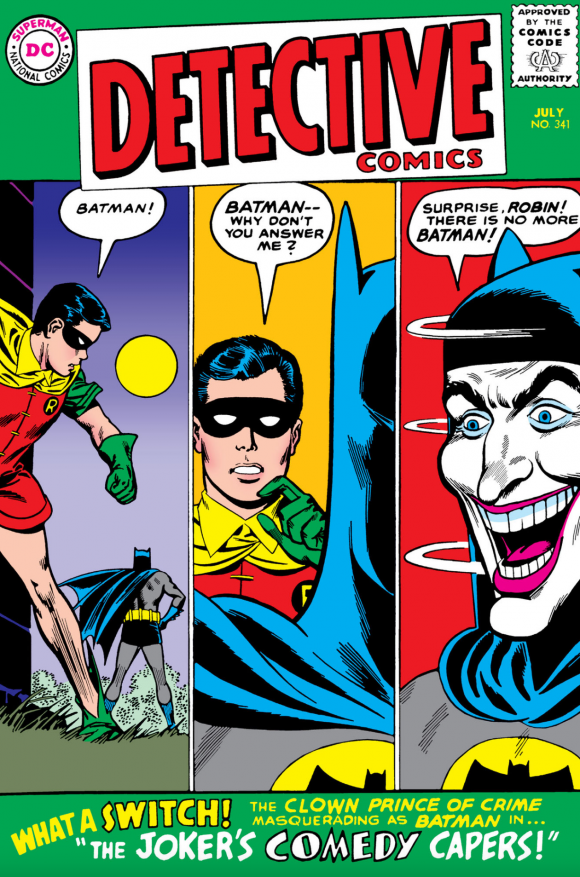 Metamorpho #1, DC. One DC’s most beloved ’60s creations. The Element Man, created by Bob Haney and Ramona Fradon, made the leap from his successful 1964 Brave and the Bold tryout to his own ongoing series. Love that guy. Ever listen to his theme song? Click here to check it out. 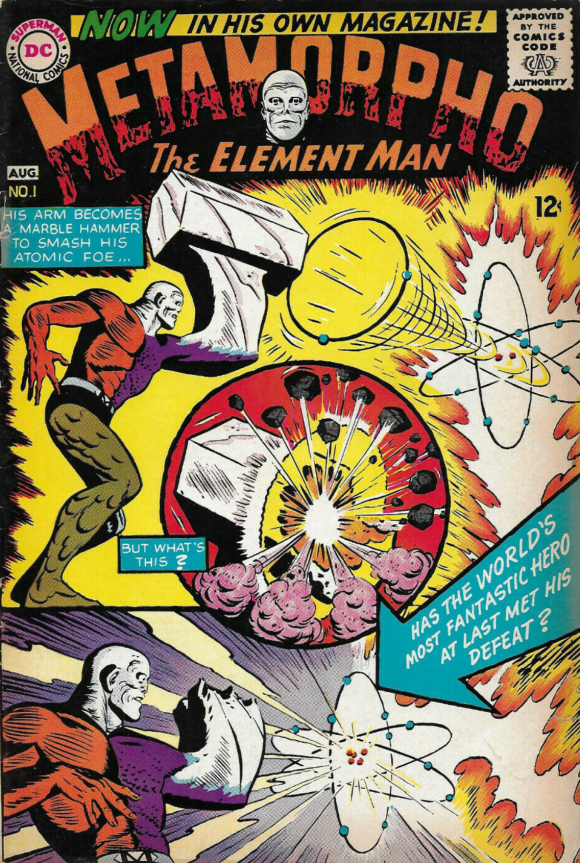 Showcase #57, DC. Robert Kanigher and Joe Kubert’s antihero had already made his debut but the powers that be at DC also decided to give him a shot in Showcase. In 1968, he became the lead feature in Star Spangled War Stories. 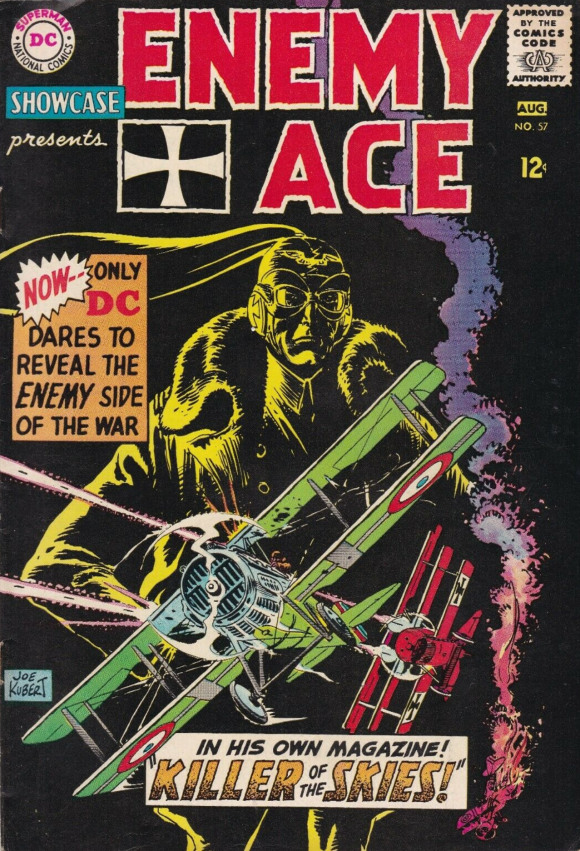 X-Men #12, Marvel. It’s worth noting that no Marvel issues came out this week because of the way comics were distributed at the time — so Scott and I are also picking issues that came out earlier in the month from the House of Ideas. And how can you go wrong with this Lee/Kirby/Toth/Colletta collaboration that gave us not only Professor X’s origin but the first appearance (and origin) of Juggernaut? 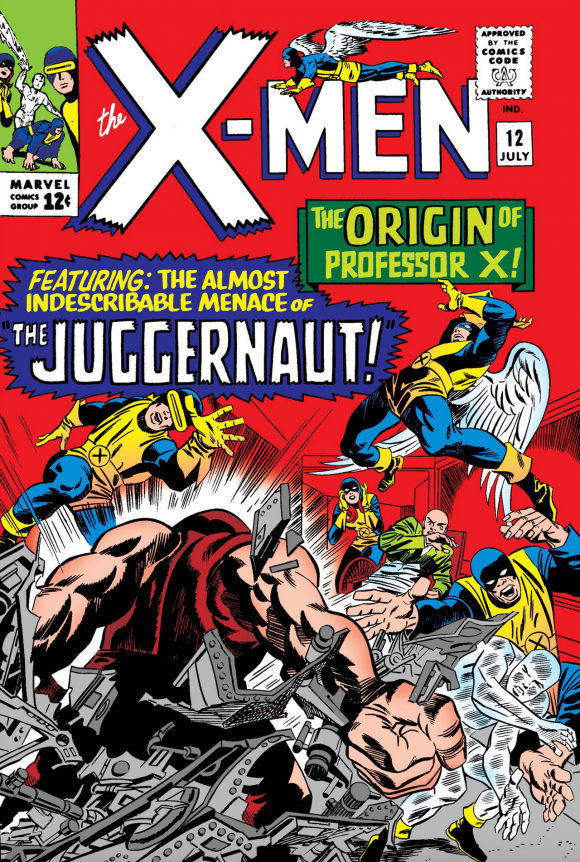 Strange Tales #135, Marvel. Oh, and there’s also this: Nick Fury becomes a secret agent with the first appearances of SHIELD, Hydra, LMDs and the Heli-Carrier, from Stan Lee, Jack Kirby and Dick Ayers. 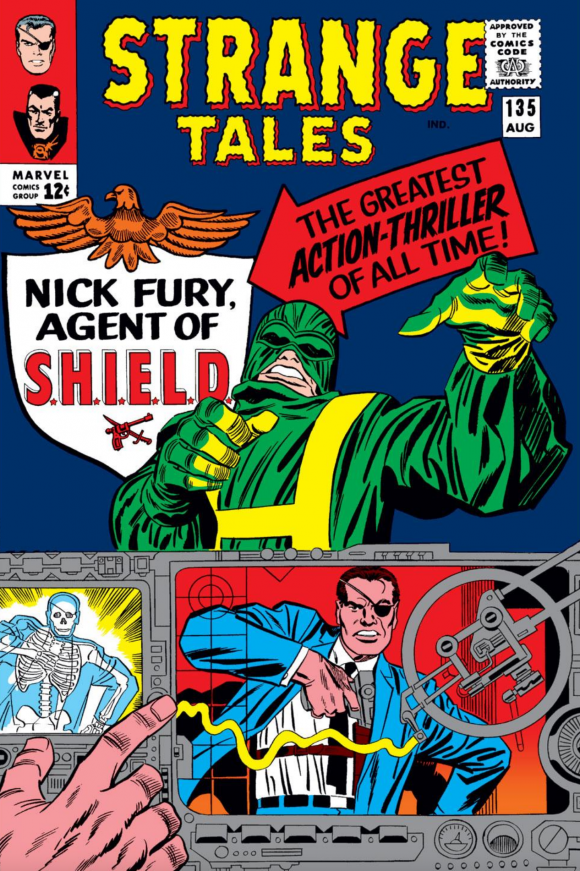 Journey Into Mystery #118, Marvel. And there’s also the first appearance of the Destroyer — by Lee, Kirby and Colletta. 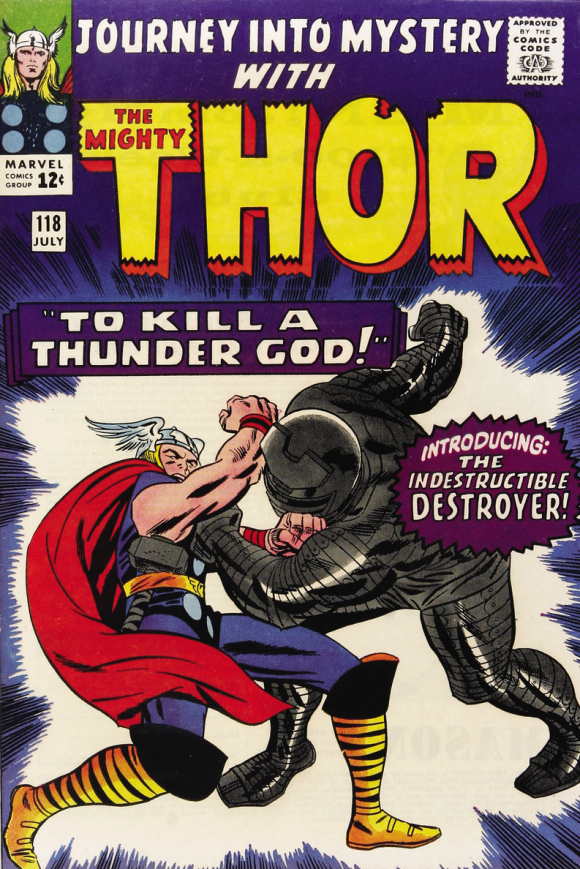 Tales to Astonish #70, Marvel. Plus, Namor got his own feature again — by Lee, Gene Colan and Colletta! (Yeah, Marvel was firing on all cylinders.) 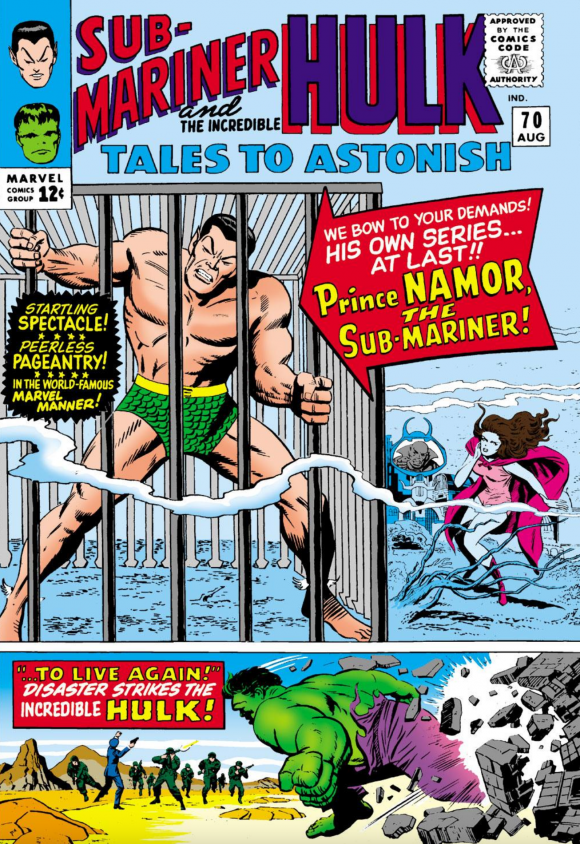 Superman’s Pal, Jimmy Olsen #86, DC Comics. The creepiest thing about this cover is what I’m assuming is Jimmy Olsen’s original brain casually resting in a water-filled jar off to the left. 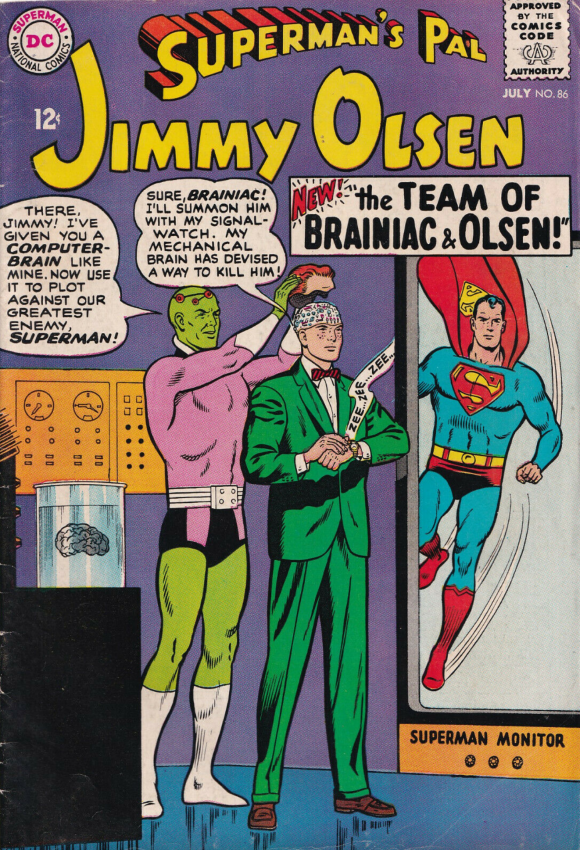