This week for RETRO HOT PICKS, Scott Tipton and I are selecting comics that came out the week of April 27, 1965.

(Keep in mind that comics came out on multiple days, so these are technically the comics that went on sale between April 24 and April 30.) 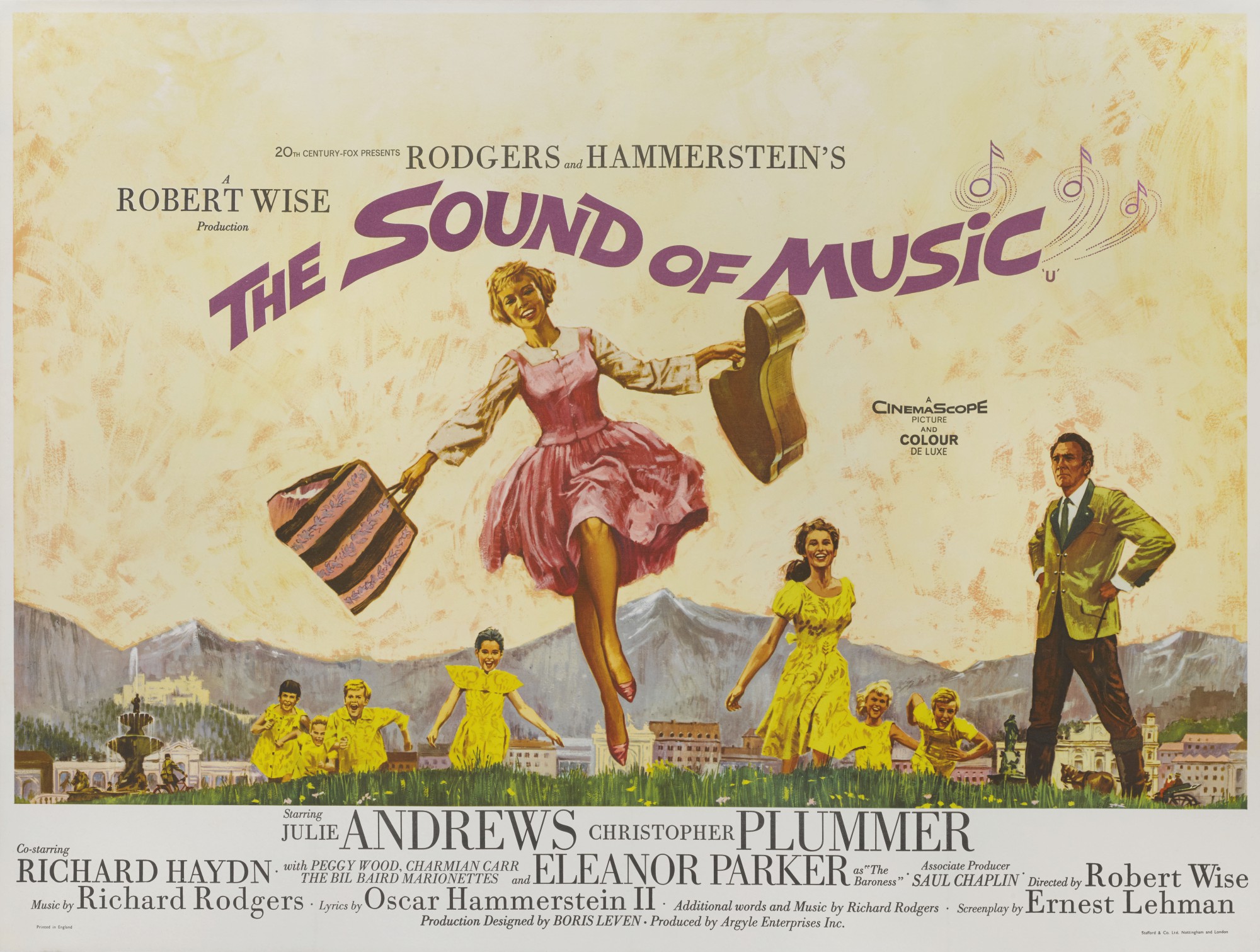 So, let’s set the stage: Lyndon Johnson was in his second term, but his only complete one. The insanely successful The Sound of Music, starring Julie Andrews and Christopher Plummer, was No. 1 at the box office, which it would dominate for the year. (Comics connection: Eldest son Friedrich von Trapp was played by Nicholas “Spider-Man” Hammond, if ya didn’t know.)

Bonanza was the top show in the Nielsens, as it typically was. But Barbra Streisand’s classic TV special My Name Is Barbra aired on CBS. It was a wowzer.

Mrs. Brown You’ve Got a Lovely Daughter, by British Invaders Herman’s Hermits, was the best-selling single on the Billboard 100. And Julie Andrews was everywhere: the Mary Poppins Soundtrack led the album sales.

The Brave and the Bold #60, DC. That’s right, folks! The very first appearance of the Teen Titans! At least under the name, anyway: Kid Flash, Aqualad and Robin teamed up in B&B #54 the year before. Wonder Girl joined the gang here — a Bob Haney move that created considerable canonical confusion — and DC’s Fab Four would later get their own title and become one of the mainstay teams of the comics industry. I recently re-read the entire original run and it’s definitely a mixed bag. But the first few years of the team’s Silver Age are an absolute hoot and if you want a real taste, check out 13 FAR OUT PANELS FROM THE TEEN TITANS’ FIRST APPEARANCE. It will for sure brighten your day. 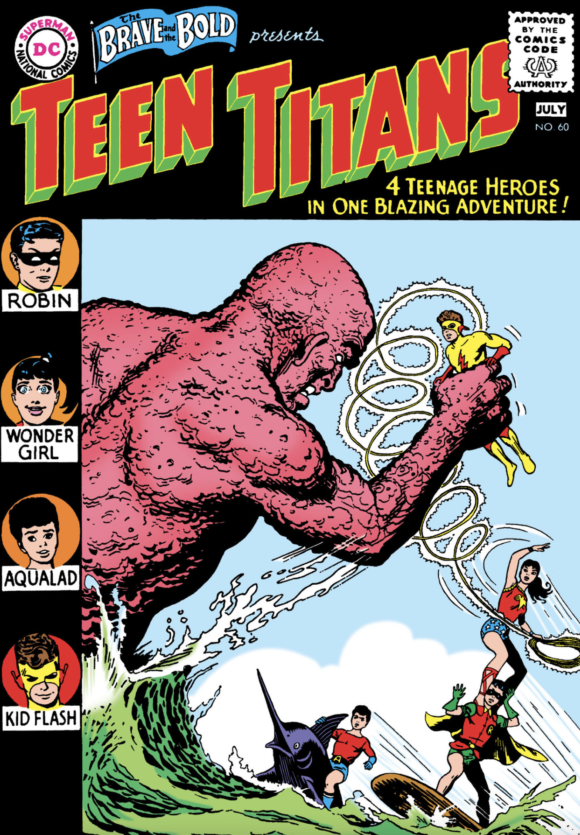 Detective Comics #340, DC. One of the all-time great Silver Age Batman stories, this is another installment in the mysterious Outsider saga — which, as I’ve noted before, would make for a great trade collection. (It’ll almost certainly never happen.) In this Gardner Fox/Sheldon Moldoff/Joe Giella barnburner, Batman and Robin’s equipment turns on them, thanks to the shadowy villain, and all heck breaks loose. Batman facing off against the living Batmobile is one of the great images of ’60s Bat-comics and there’s a groovy scene inside where a Batarang gets Robin in a bear hug and tosses him off a cliff. DC reprinted the Outsider stories in the ’70s — I first read this chapter in 1973’s Batman #255 — and once I started collecting back issues, I made a point of tracking down all the originals. Each time I picked one up, it was a special thrill — and I get the same feeling today whenever I crack one open. 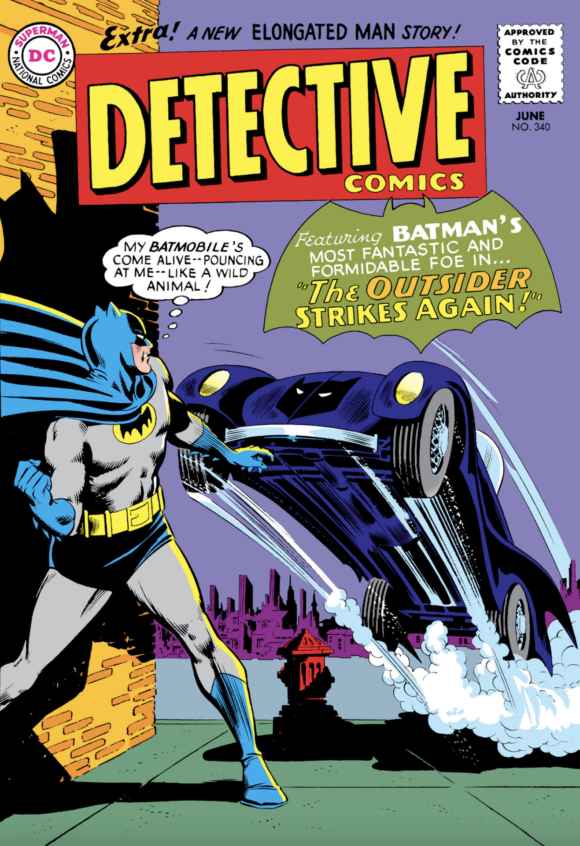 The Amazing Spider-Man #26*, Marvel. We’re cheating a bit: There weren’t all that many comics that came out this week in 1965, so Scott and I have agreed to each pick two issues that were released earlier in the month, with the idea that they would have still been on the stands, barring any sellouts. (We marked them with asterisks.) Anyway, how could I resist a Lee/Ditko Spidey issue with the Green Goblin? I can’t. 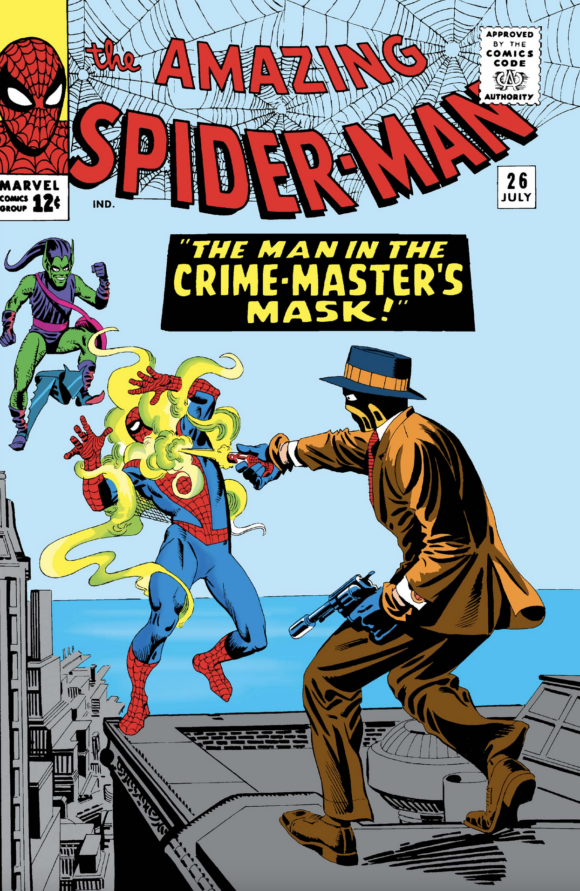 Girls’ Romances #109*, DC. Penny meets the Beatles! (Or does she?) Penny looks like she’s modeled after Ann-Margret! (Or is she? Only Gene Colan knew for sure.) 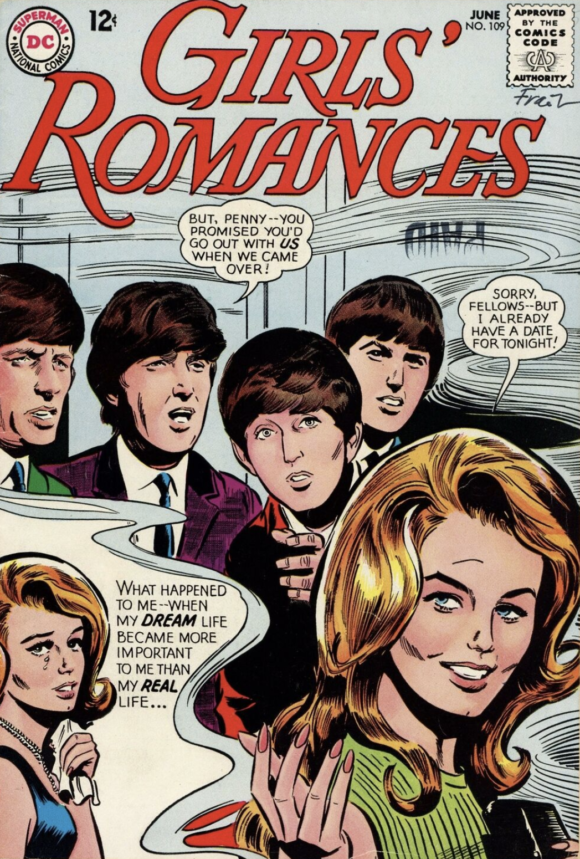 Justice League of America #36, DC. Something tells me “The Case of the Disabled Justice League” might not pass muster in today’s comics marketplace. It’s… a little tone-deaf. 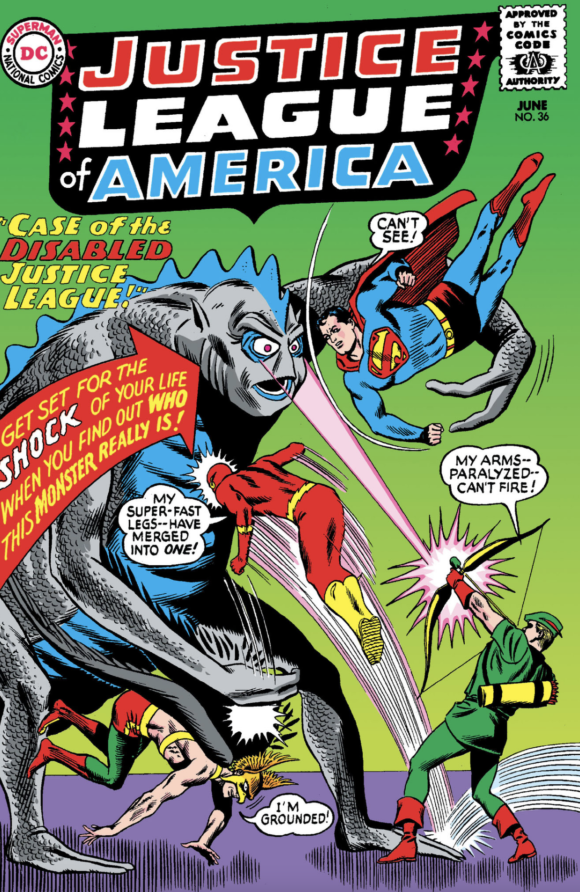 Dan adds: Agreed, though their heart was in the right place. The story makes a point of celebrating the achievements of disabled people. Oh, and SPOILER ALERT — the monster is Batman.

Daredevil #8*, Marvel. My favorite and by far the most impractical super-villain of all: Stilt-Man. 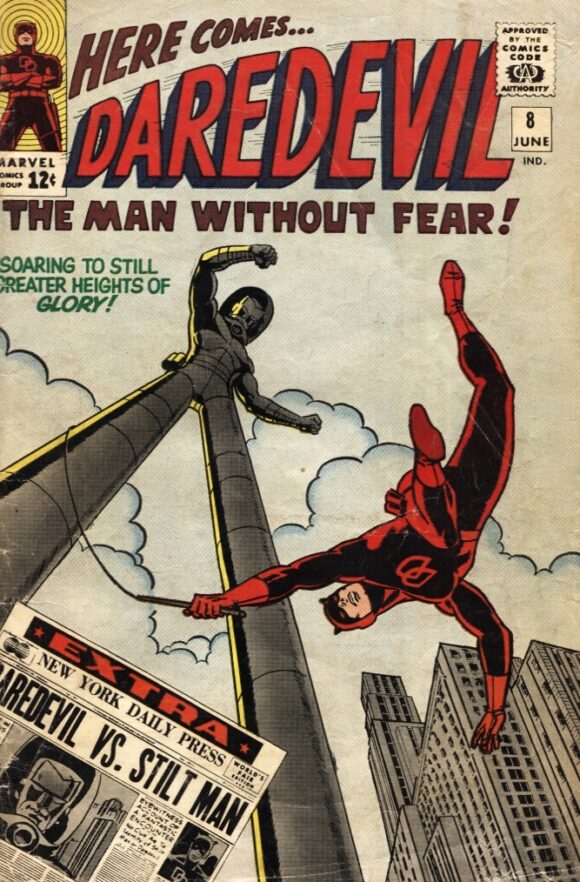 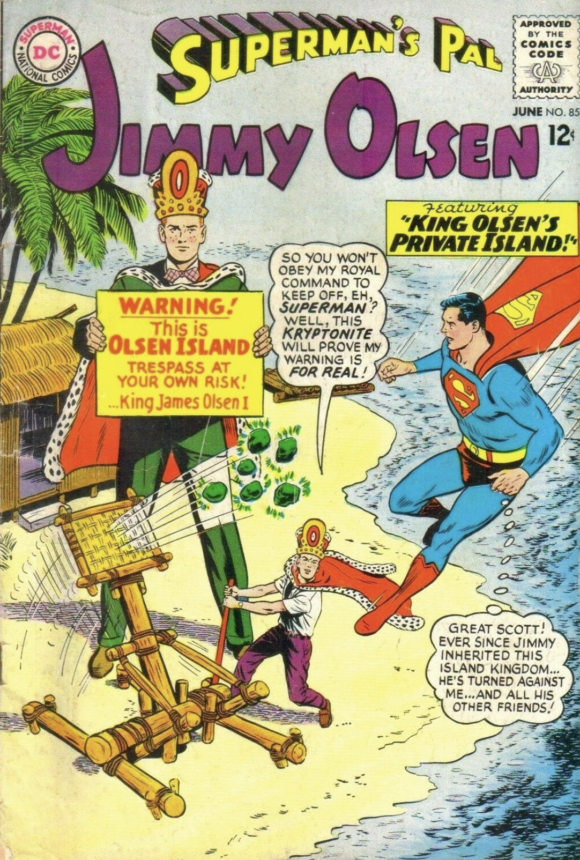