“I wasn’t familiar with comic books in Germany. When I got here in 1957, I couldn’t speak the language, didn’t know how to read, and was friendless. I mean, I knew nobody. And I discovered comics in that gulf between kindergarten and first grade. I was able to learn how to read through comics. I was able to put the words together with the pictures. I was reading all the Mort Weisinger stuff. The early Lois Lanes, I remember Superman, Jimmy Olsen, Action Comics… mostly the Superman stuff. That’s basically how I learned to read, by piecing things together.”

— Klaus Janson, from Direct Comments: Comic Creators In Their Own Words

Klaus Janson (January 23, 1952) was born in Germany and came to the U.S. as a child. Beginning as assistant to artist Dick Giordano, Klaus was soon inking for Marvel Comics, where he was first teamed with penciler Frank Miller on Daredevil. Returning to DC, he inked Gene Colan on Batman in Detective Comics and on the limited series, Jemm: Son of Saturn, before being reunited with Miller on Batman: The Dark Knight Returns in 1986. The multiple Inkpot and Eisner Award-winning Janson has also taught comic art at New York’s School of Visual Arts and is the author of the DC Comics Guide to Penciling Comics (Watson-Guptill 2001) and the DC Comics Guide to Inking Comics (Watson-Guptill 2003). 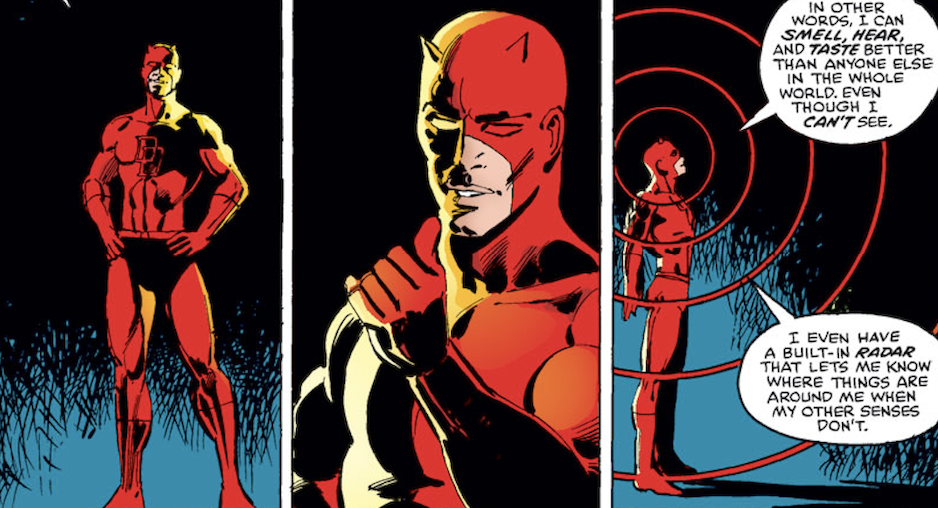 When I wrote the above to serve as the introduction to the Klaus Janson interview in Direct Comments: Comic Creators In Their Own Words, I neglected to mention that not only can Klaus ink, but he’s also a talented penciller (and colorist!) in his own right. Klaus himself neglected to mention his pencils when discussing the early years of his career. “I had a little short run on Spider-Man with John Romita Jr., I did Defenders for a very long time. That was where I really cut my teeth on comics, I think, on Defenders over Sal Buscema. I’ve worked with a lot of artists. I inked Keith Giffen on Defenders for a while. Gil Kane. I’m trying to think. I guess that early period’s a little bit of a blur. I was the real fill-in inker. I was pretty fast, so if a book was late, call Klaus! I did a lot of annuals. I did Thor, Logan’s Run over George Perez. You know, just all these obscure books.”

Here then, allowing the pictures to speak for themselves, MY 13 FAVORITE STORIES DRAWN BY KLAUS JANSON, in chronological order: 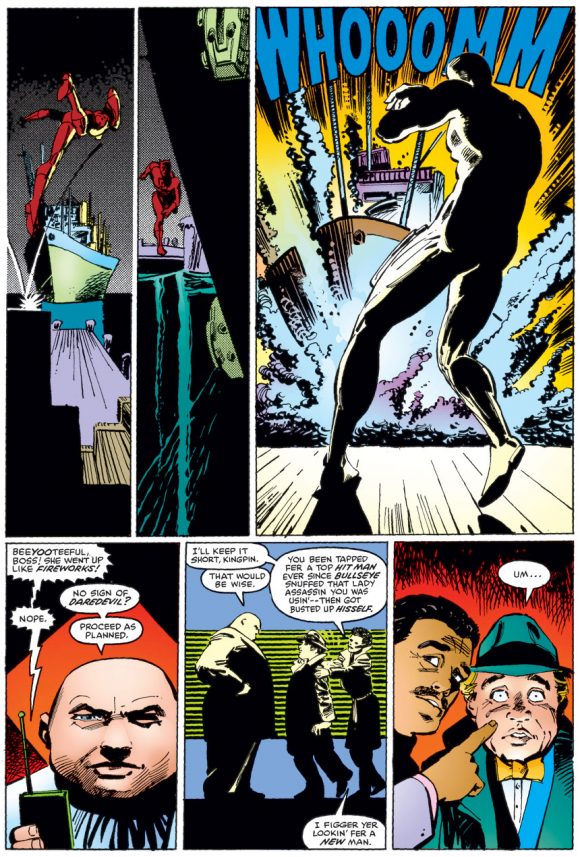 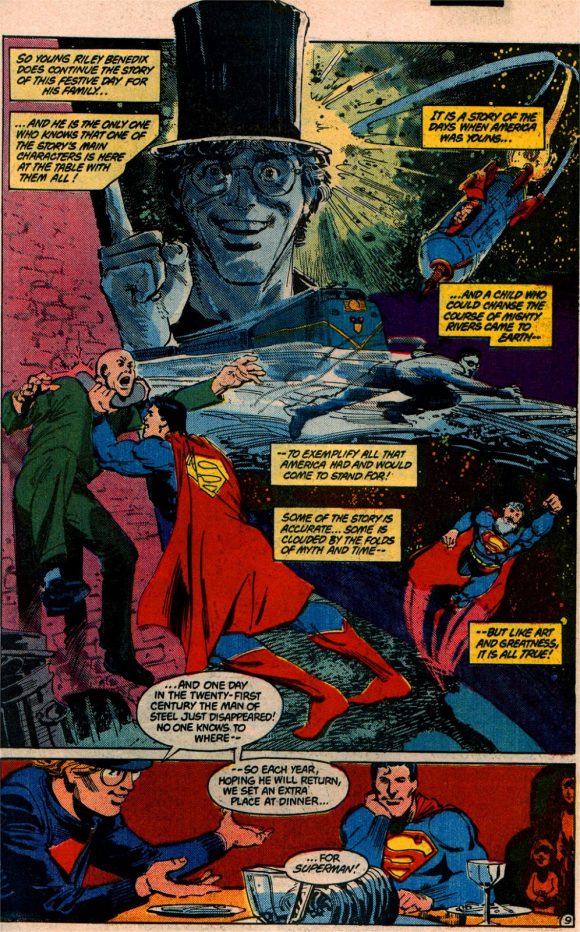 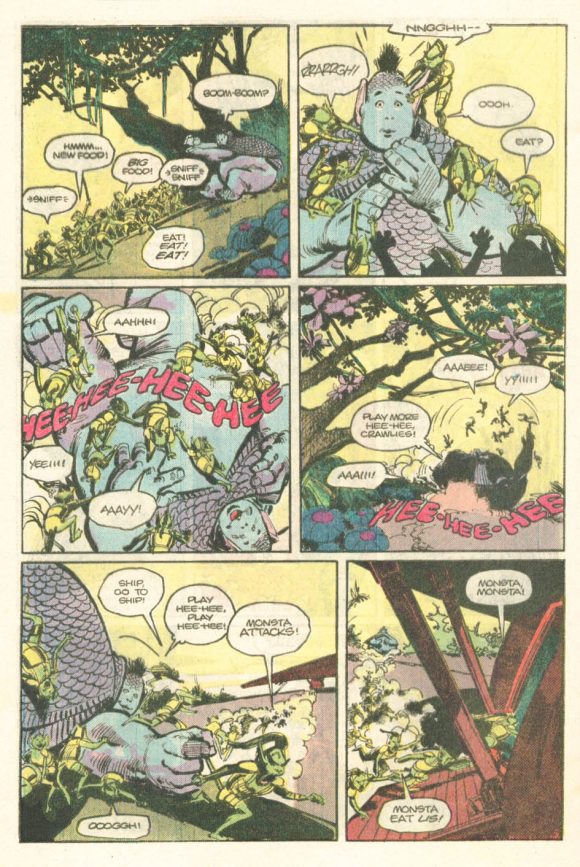 Ray Bradbury’s Frost and Fire (DC, March 1986). From the adaptation of Ray Bradbury’s “Fire and Ice.” Adaptation, art and color by Klaus, lettered by Costanza. 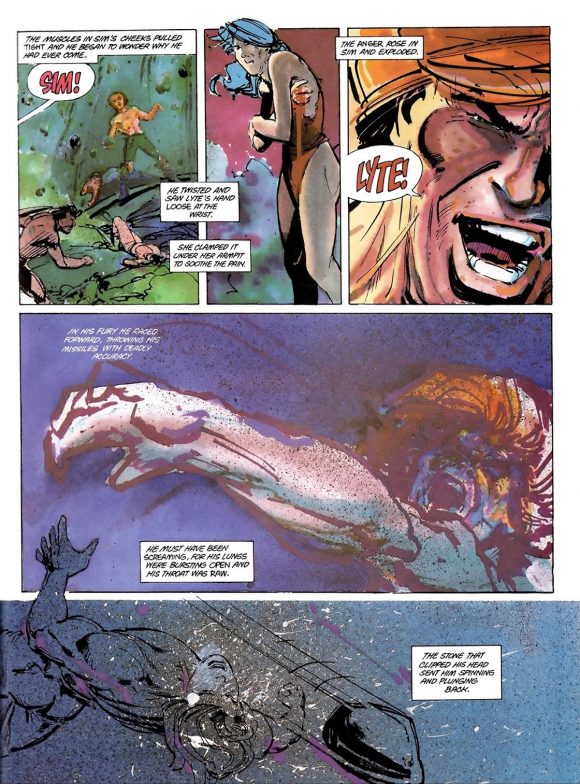 The Punisher #1 (Marvel, July 1987). From “Marching Powder,” written by Mike Baron, art and color by Klaus, lettered by Jim Novak. 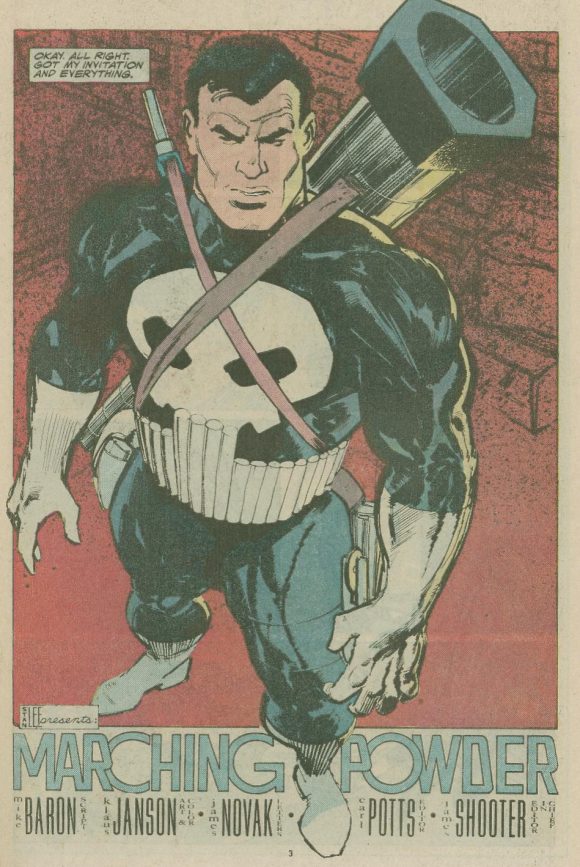 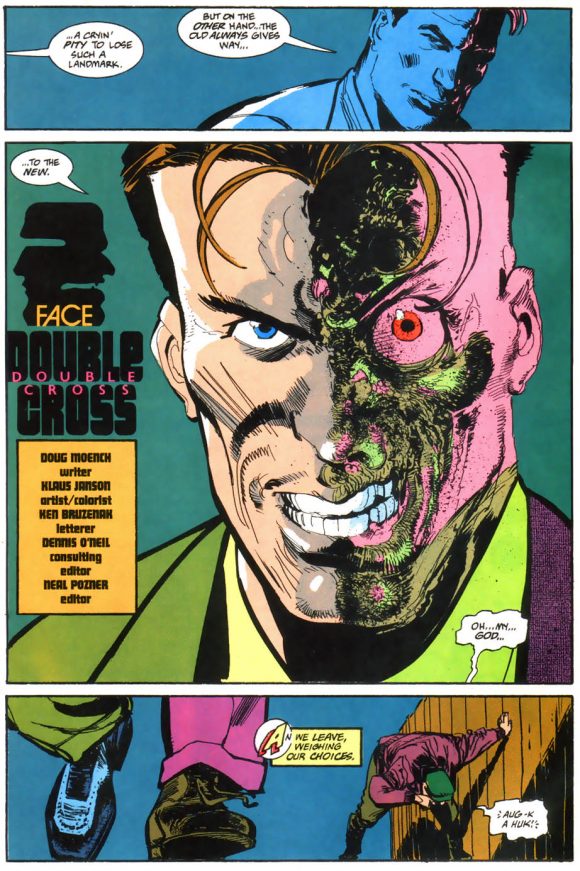 What If…? #100 (Marvel, Sept. 1987). From “Paper Skin,” co-plotted and scripted by Ivan Velez Jr., co-plot and art by Klaus, color by Glynnis Wein, lettered by Chris Eliopoulos. 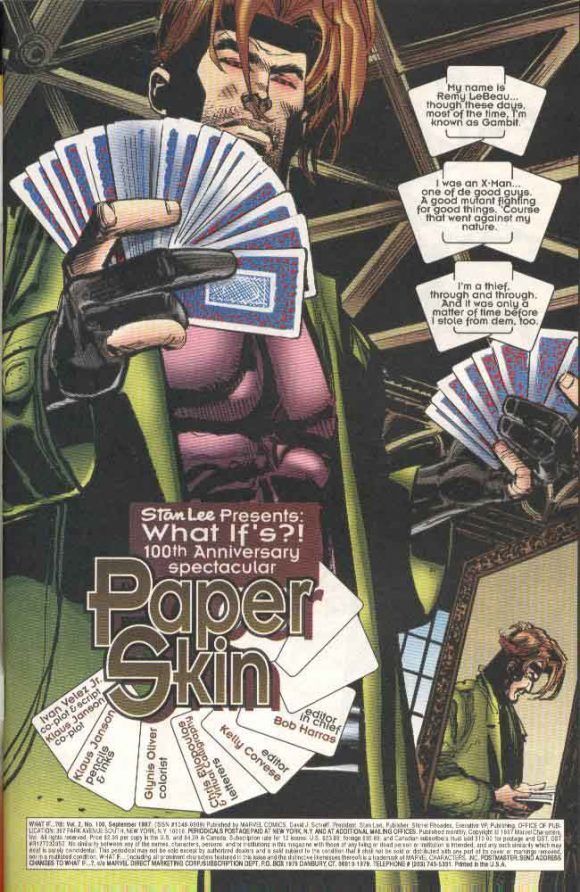 Legends of the DC Universe 80-Page Giant #2 (2000). From “…Carnival in Armagetto,” written by Walter Simonson, art and color by Klaus, lettered by Bill Oakley. 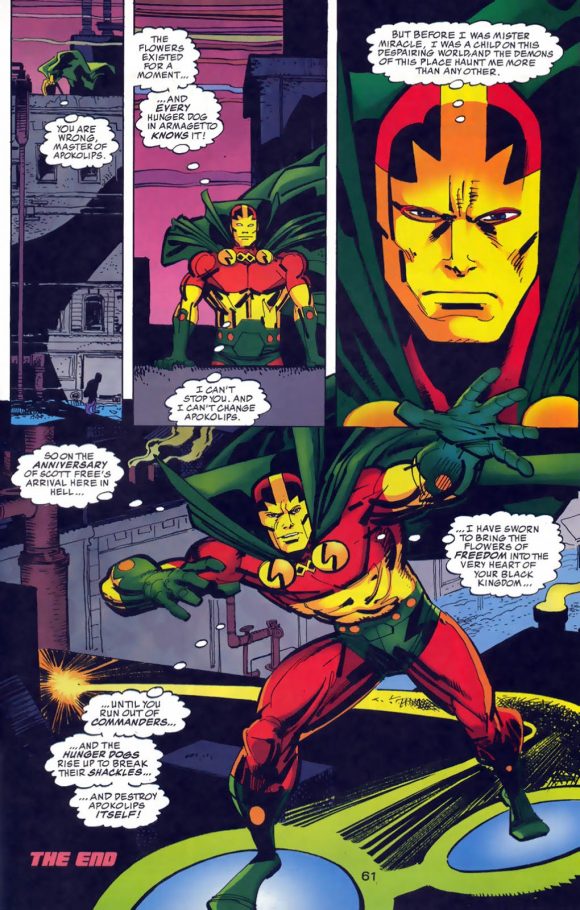 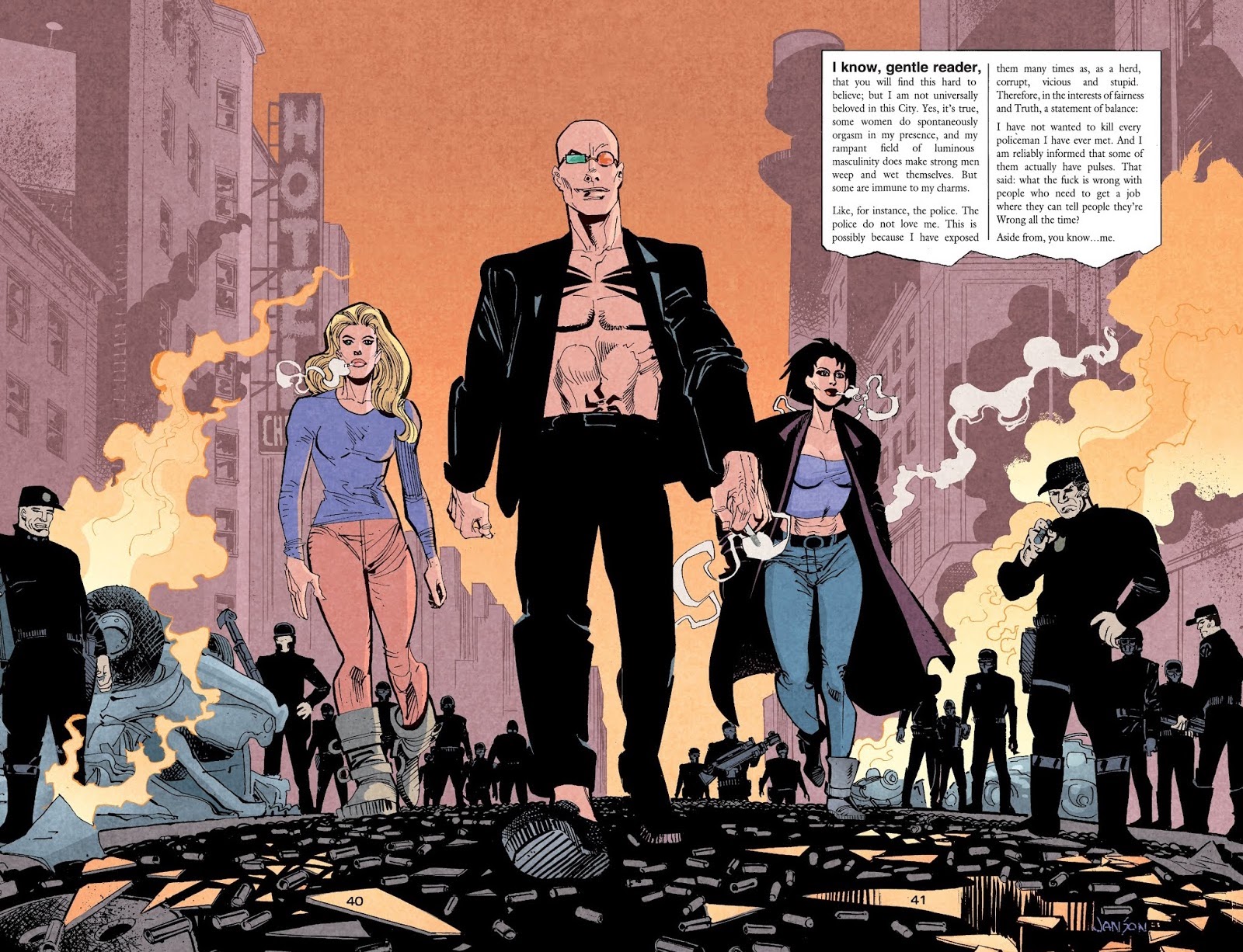 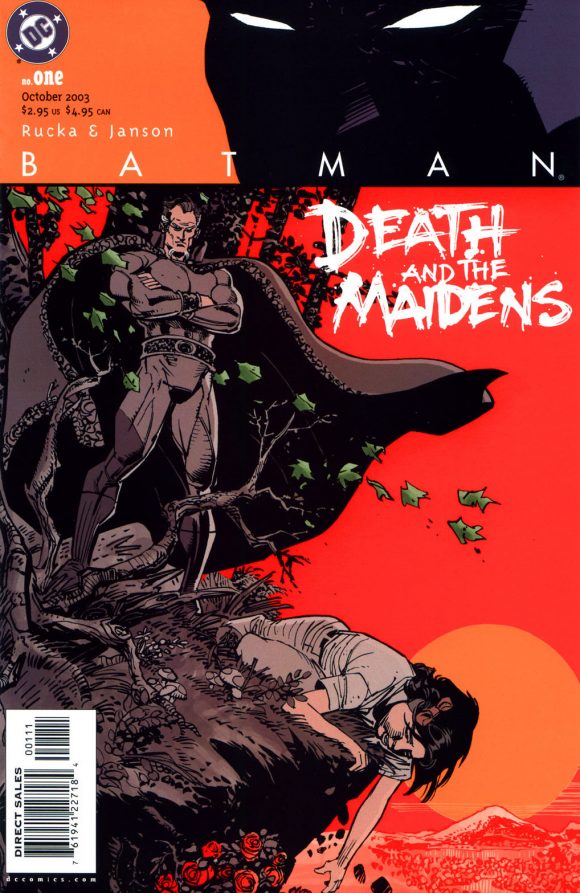 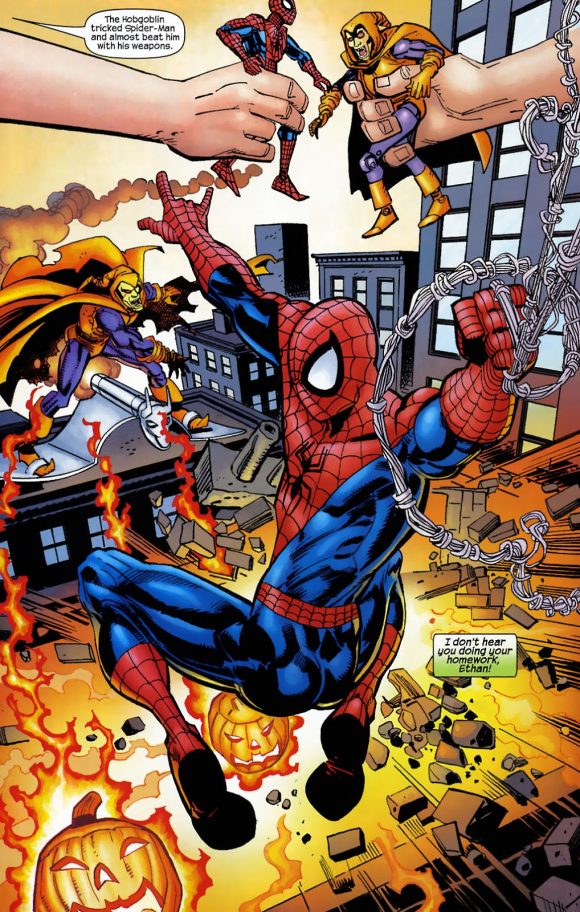 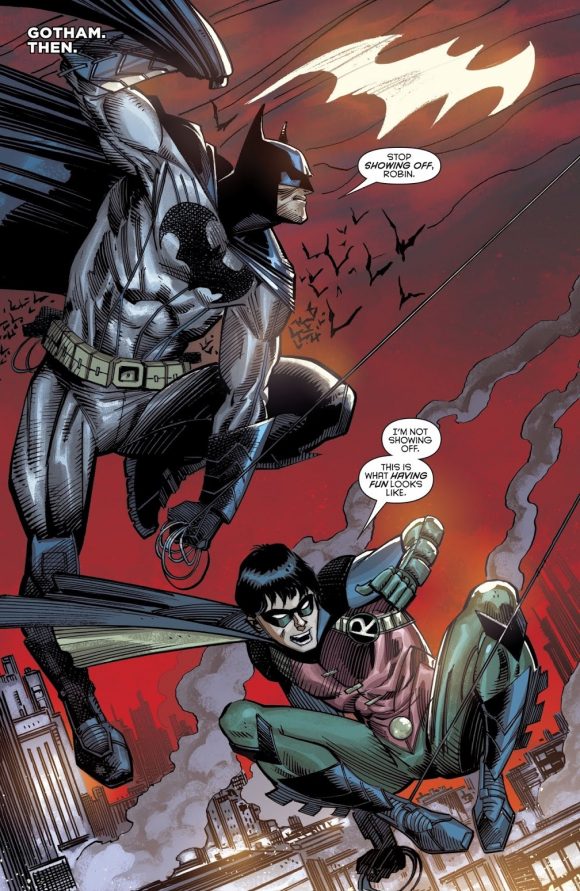 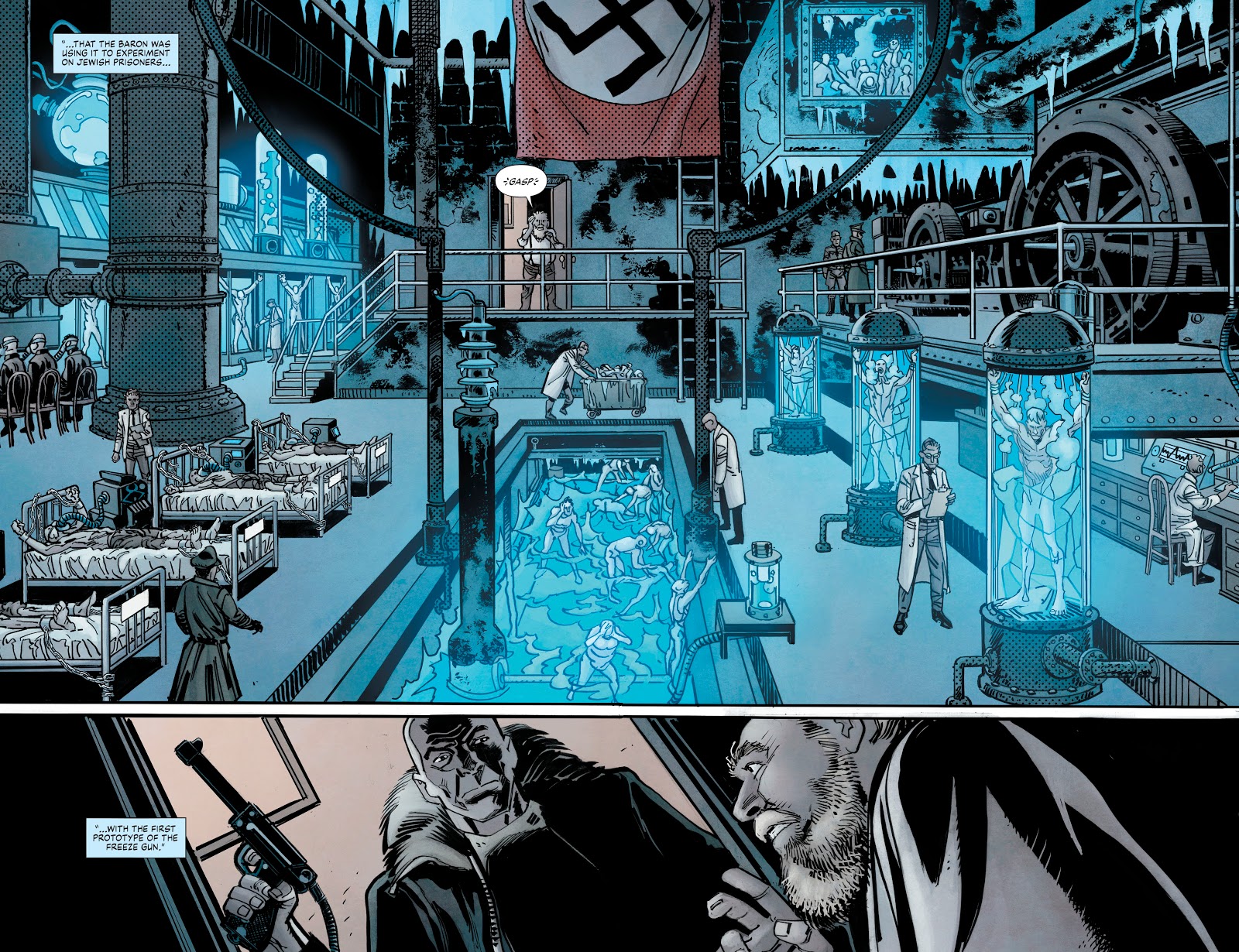 “I had four companies I wanted to try; Marvel, DC, Atlas, which was still going then, and, of course, Charlton. Good old pokey Charlton. I was going to call Charlton, but I wasn’t that crazy about what they were doing at that time, so I figured, let me call Atlas. I called up Atlas, and I don’t know who the woman was on the other end of the line, but she was very enthusiastic and wonderful and, oh, come on up and show us your stuff, yes, we’re looking for people, oh yeah, we’re real big on new talent, and, oh yeah, we’re going out of business tomorrow. I’d called the day before they were closing their doors.”