PAUL KUPPERBERG: My 13 Favorite Comic Con Tables — With and Without Me

Home » COMICS HISTORY » PAUL KUPPERBERG: My 13 Favorite Comic Con Tables — With and Without Me

San Diego’s over but there are plenty of great shows still to come — and the celebrated Mr. K shows off his fave tables from over the years… 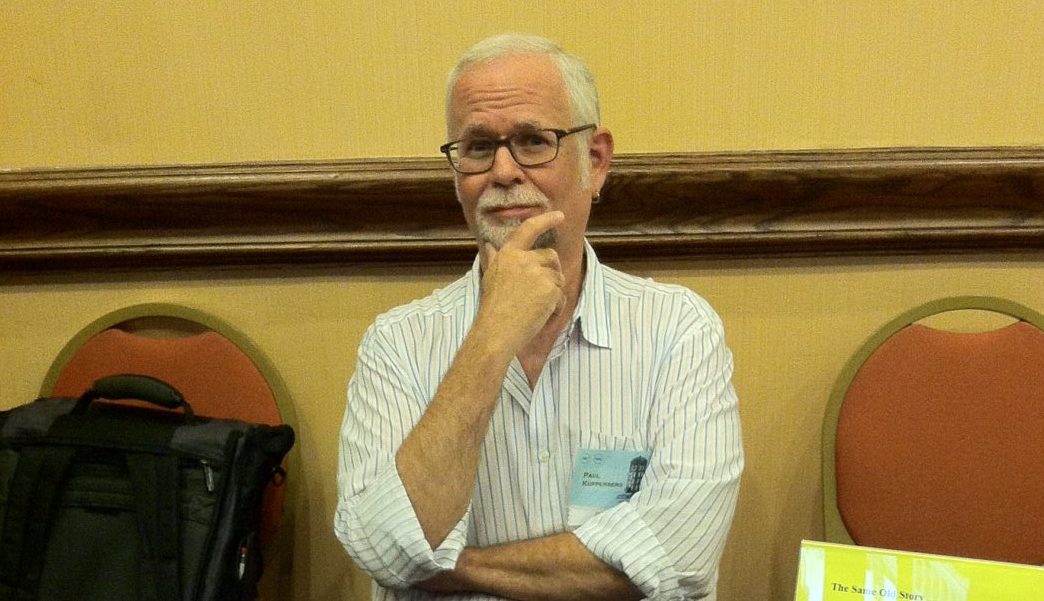 As I was deciding what books and comics to bring to with me to TerrifiCon this weekend (July 29–31), I got to thinking about all the tables I’ve sat behind at conventions over the years. And since, in a nod to the monolithic San Diego Comic-Con last weekend, I posted three columns of convention photographs and the people I’ve encountered over my 50 years (!) of convention going, beginning with Phil Seuling’s 1971 New York Comic Art Convention, I thought it might be fun to look at some of the tables I’ve sat behind over the decades.

Some were tables in Artists Alley, some were at company booths, and others were up on a stage in front of a panel audience. But most had one thing in common: rented, stapled-on pleated-front tablecloths!

Here then, MY 13 FAVORITE COMIC CON TABLES — WITH AND WITHOUT ME:

A Convention in New York or Chicago (1982). My memory of where this photo was taken is hazy, but I do remember setting up at a table next to Mike Grell and watching him draw as well as ever even while holding multiple conversations with me and several fans. 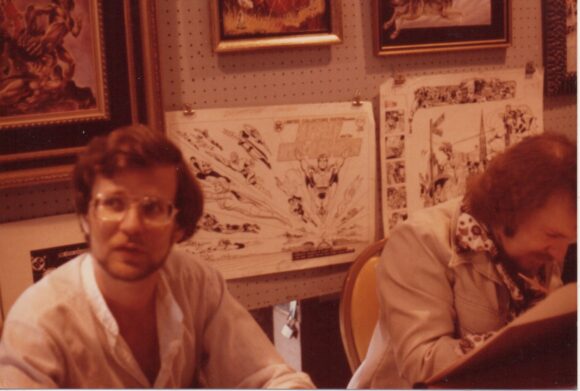 New York Comic Con (2010). Caught between letterer Jack Morelli (left) and artist Dan Parent during a signing at the Archie Comics booth for the then-current Life with Archie series I was writing. 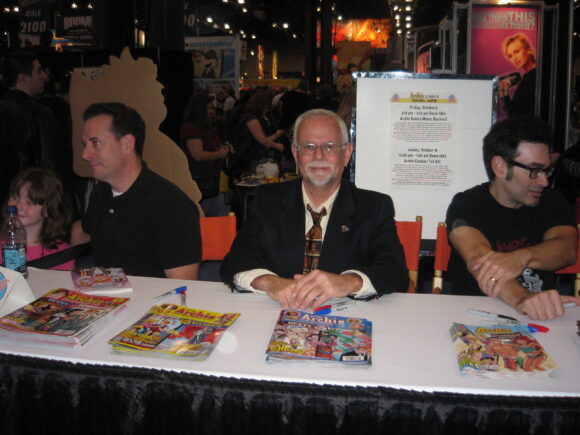 TerrifiCon (Connecticut, 2013). Set-up for my second appearance at this predecessor TerrifiCon show in Trumbull. 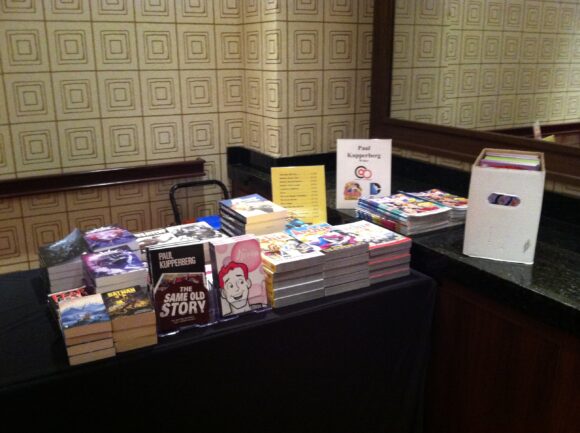 Shore Leave (Maryland, 2013). Shore Leave is an annual Star Trek-centric convention in Hunt Valley, Maryland, that is probably the most writer-oriented convention I’ve ever been to, in conjunction with my pals at Crazy 8 Press. It was a fun show but really not my audience. 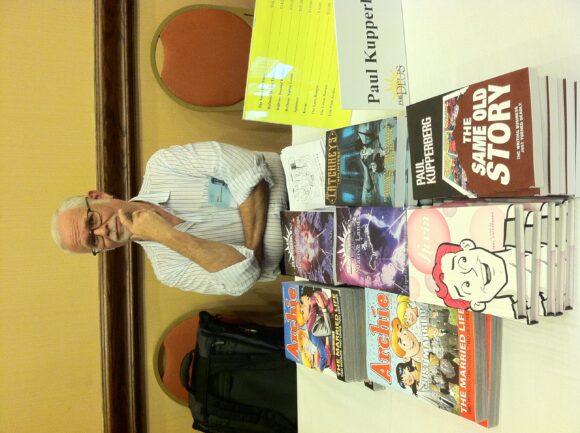 Midtown Comics (New York, 2014). The fabulous and lovely Dean Haspiel and I sharing a table at a Midtown Comics signing. Technically not a convention, but there is a table in the picture. 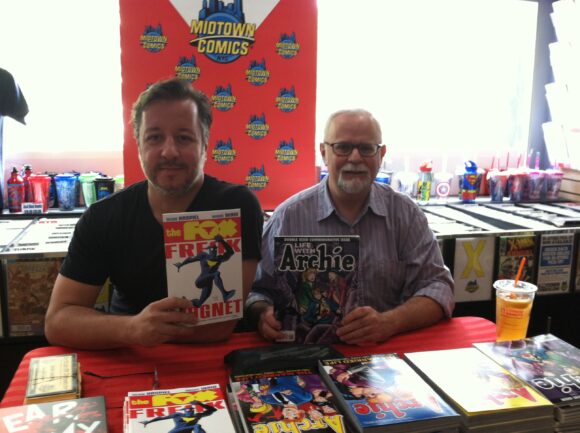 TerrifiCon (2014). Held that year at the Webster Bank Arena in Bridgeport, Connecticut, home to several minor league or farm teams or whatever the hell they’re called. (Fun Fact: I possess no knowledge of anything sports related and have even less interest). These videos aren’t at a table, but this was one of the very coolest panel announcements I’ve ever had my name on! 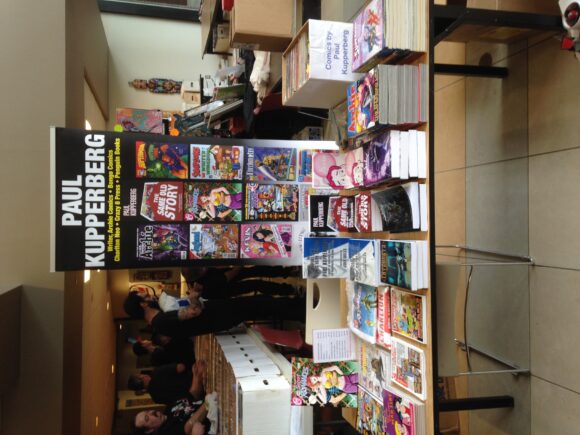 East Coast Comic Con (2016). Introducing my new banner to the world. The world’s response was, to be fair, nonexistent. 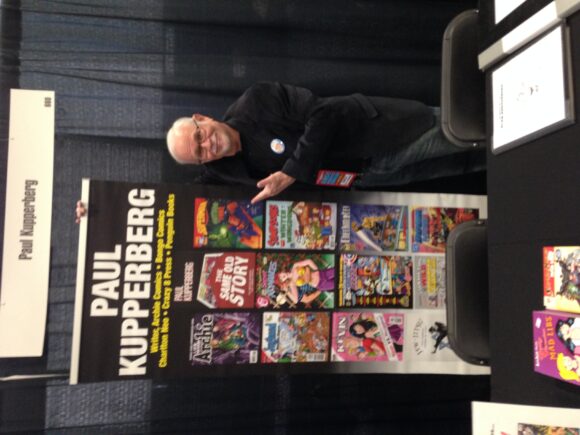 TerrifiCon (2018). At the table for a panel where I interviewed former DC Comics romance editor and writer (Swing with Scooter) Barbara Friedlander on her career in comics and working with legends like Joe Orlando and Jack Miller.

TerrifiCon (2019). Things picked up. Honest. I think it was the new banner. And we even found a table for Carl Potts when he showed up!

TerrifiCon (2019). A walk-by of the aisle in Artists Alley. It’s almost like being there! 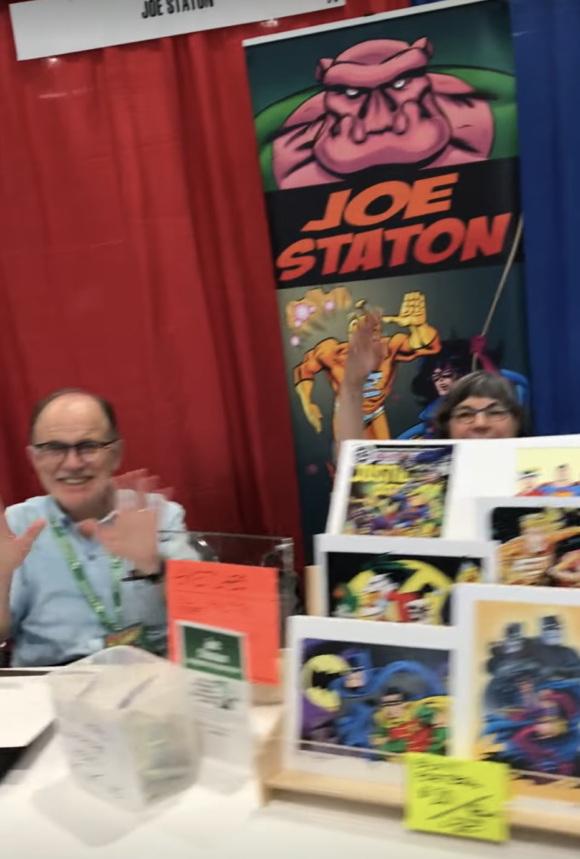