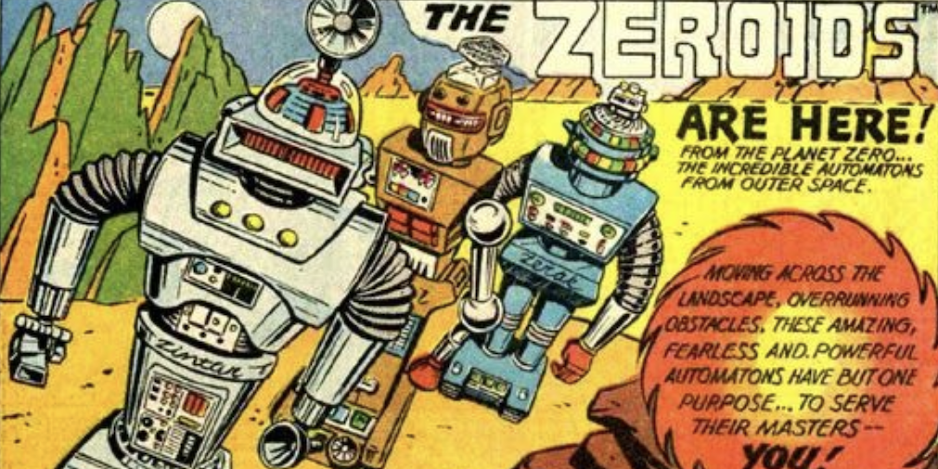 The next best thing to the comics in comic books used to be the ads… especially the ads done in the style of comics themselves. That didn’t necessarily mean emulating the comic strips or pages per se, although there have been plenty of those, from C.C. Beck and Pete Costanza’s 1940s Captain Tootsie (for Tootsie Roll candy) to the 1970s Hostess superheroes ads, some of which I’ve covered in previous columns. Sometimes, all it took was an advertiser hiring an artist familiar to readers from the stories to illustrate their ads.

It sure excited me as a reader once I had developed my artist-identification skills. Wasn’t that the same artist who drew Metal Men and Wonder Woman? Or Supergirl? Or Adam Strange? Yes, yes, and yes!

Captain Action, the Amazing 9-in-1 Super-Hero (1966). Pardon my French, but this ad for the Captain Action action figure was a major mindf**k to this 11-year-old reader. I was old enough to understand that Marvel was Marvel and DC was DC and never the twain shall meet (and they didn’t, at least not until 1976’s Superman vs. the Amazing Spider-Man)… and don’t get me started on comic strip characters also included in the mix! Art by the prolific Kurt Schaffenberger. 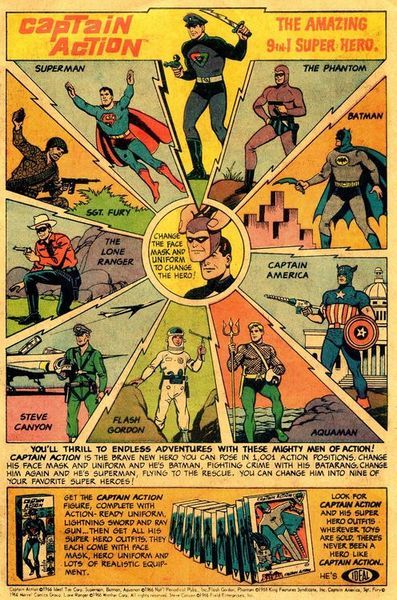 Evel Knievel, Daredevil Stunt Cyclist (1976). Evel Knievel was an insanely popular motorcycle stunt rider who seemed to be everywhere for a while, jumping over anything that would sit still long enough for it. From 1972 to 1977, Ideal Toys produced a line of Knievel action figures and motorcycles, represented here by the legendary Joe Sinnott. 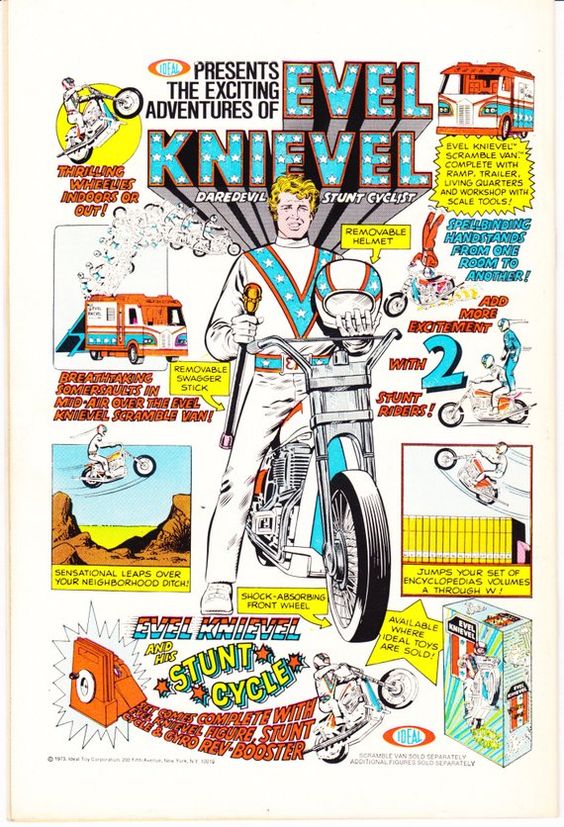 Adventures in the GI Joe Club with Andy & George (1964). I owned an original 12-inch GI Joe action figure, a Chanukah present from my grandmother the year it came on the market. I have never, before or since, wanted anything as much as I wanted that damned doll, a tale of sibling rivalry and the awakening of my moral values I told in pal and fellow 13th Dimension columnist Jim Beard’s The Joy of Joe but that’s neither here nor there. One of the things that fueled my desire for the wee plastic warrior were these ads — which often ran on one of the inside covers — by one of DC’s best, the great Irv Novick. Sea-Monkeys (1971). Joe Orlando was a legend. He was an artist for Bill Gaines’ EC Comics and MAD Magazine, the story editor/artist who helped Jim Warren launch Creepy and Eerie Magazines and brought a fresh perspective to DC Comics in the 1960s, not to mention drew and/or colored countless stories (including one I wrote featuring the Phantom Stranger in Action Comics Weekly!). But for years, he was also the artist behind the comic book ads for Sea-Monkeys, a hybrid breed of brine shrimp called Artemia NYOS. FYI, Sea-Monkey kits are still available on Amazon and everywhere fine fad items are sold. 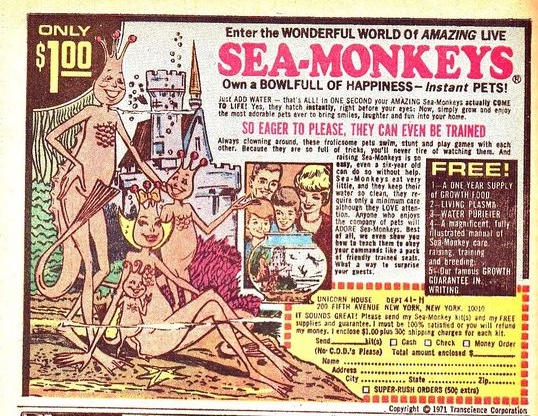 Pom Poms (1975). Pom Poms were a chocolate caramel covered candy once made by Nabisco. Dinosaurs were creatures that once roamed the Earth but went extinct 65 million years ago. Tarzan is a fictional jungle lord character created by Edgar Rice Burroughs. Joe Kubert was one of the greatest artists to ever work in comics. What did these things have in common? Beats me, but it sure is a cool ad! 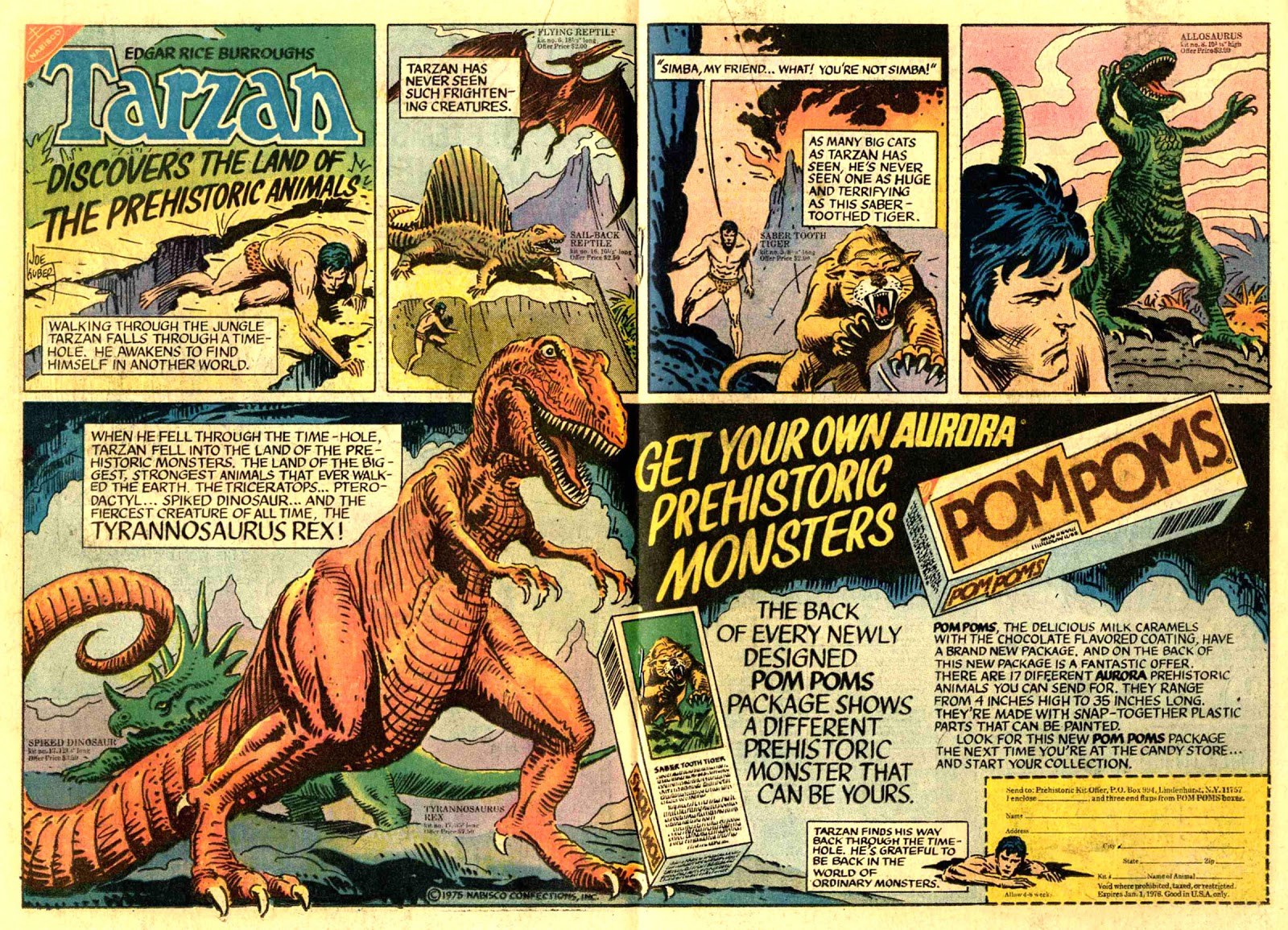 Exciting Ant Farm. Fascinating! Educational! World’s tiniest engineers! Yeah, it’s all educational fun until the thing gets knocked over and smashed! Worse, if they’re such brilliant engineers, what if they engineer their own escape and come looking for revenge? No thanks! But cool to see the Ross Andru and Mike Esposito portrayal of the youthful ant overlords! On the Go with Motorific! (1966). First there were Matchbox Cars, then came Hot Wheels, followed by everybody else and their uncles jumping in on the miniature car market. Ideal’s response to the surge in tiny car sales was Motorific and the artist presenting it, Kurt Schaffenberger. 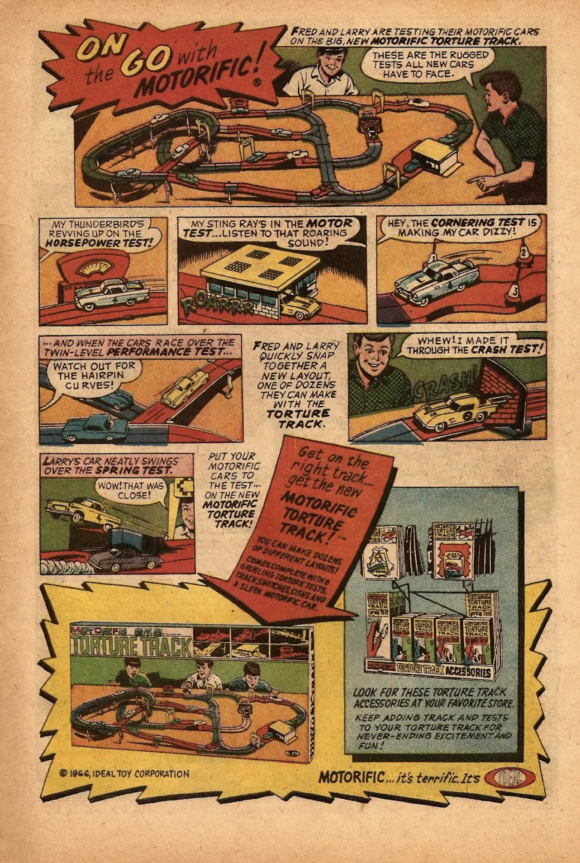 Come see us at Sea World (1977?). Note to the Sea World producers: “Hello! Aquaman?!?” Art, I am guessing, at least inked by, if not also penciled by, Vince Colletta. The Zeroids Are Here! (1967?). Battery-operated robots from the Planet Zero with “throwing hands” and that went forward and in reverse and some other rudimentary movements that seemed to impress the heck out of those Pete Costanza-drawn kids. 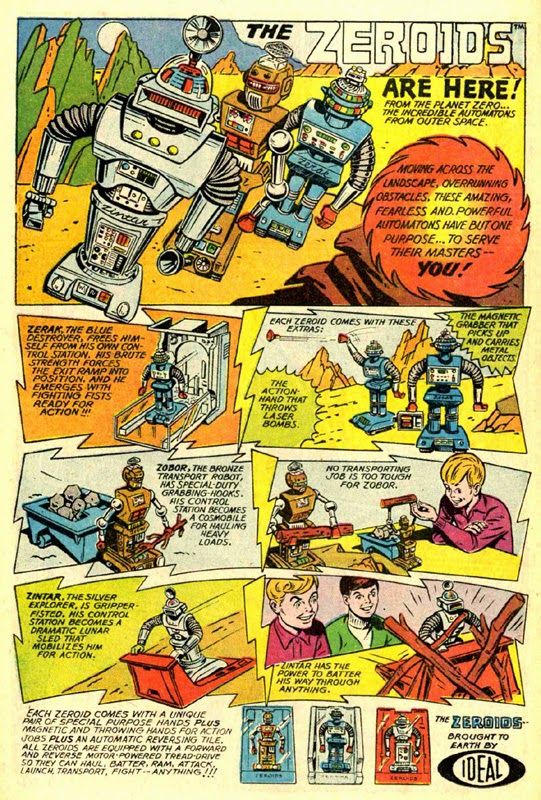 Kids Just Want to Have Fun! Saturdays! (1985). Not the Hulk but a Hulk. Gil Kane, who posted a legendary run on Marvel’s green giant in the 1960s Tales to Astonish series — and dozens of other magnificent projects — took on the famous wrestler/entertainer and the rest of Saturday morning TV in this CBS ad. My one regret: We didn’t get to see Gil’s take on “Charlie Brown and Snoopy.” 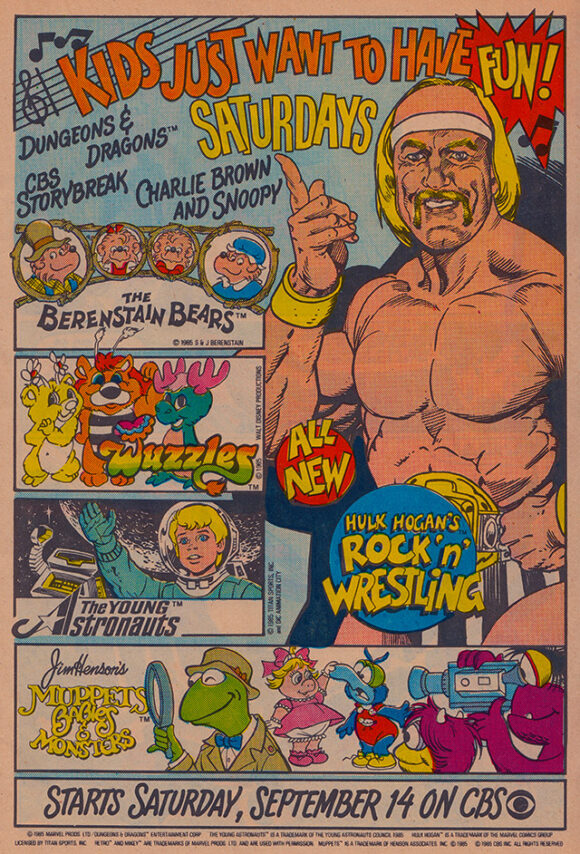 132 Pc. Roman Soldiers. My old man worked in the plastics industry when I was a kid and brought home more little plastic soldiers of all stripes and armies than any three kids could play with and wreck, so I never needed to order this comic book back-cover perennial and thus never learned how flimsy and cheap they were until years later. But that didn’t stop me from admiring the beautifully and accurately rendered battle scenes created by Russ Heath to sell us this cheese. 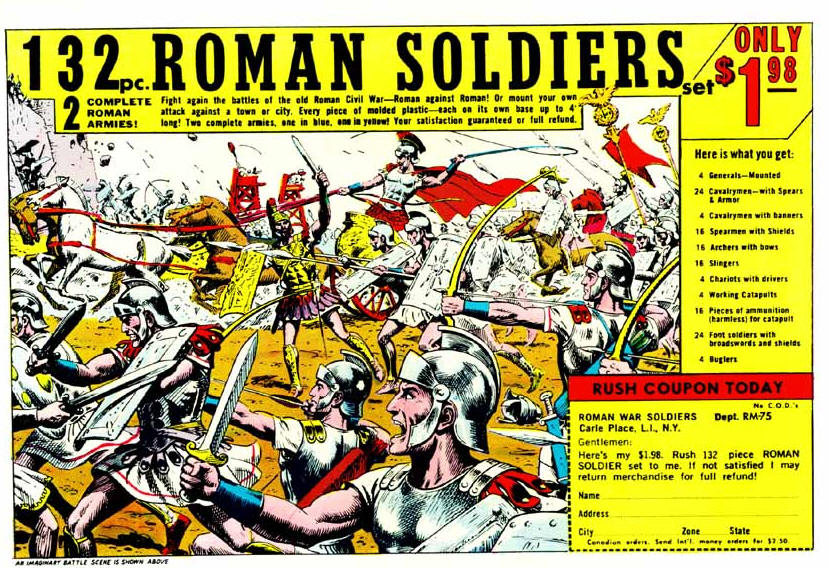 Spalding Presents Street Ball with Rick Barry and Dr. J (1972?). I don’t know from sports (for example, I have heard of Dr. J so I just assume Rick Barry was a real player too), but I do know from art by Jack Davis. I have recollections of this ad running forever on the back cover of every comic book published at the time but I’m sure that’s just memory distortion. (Note from Dan: Click here for more on this classic ad.) 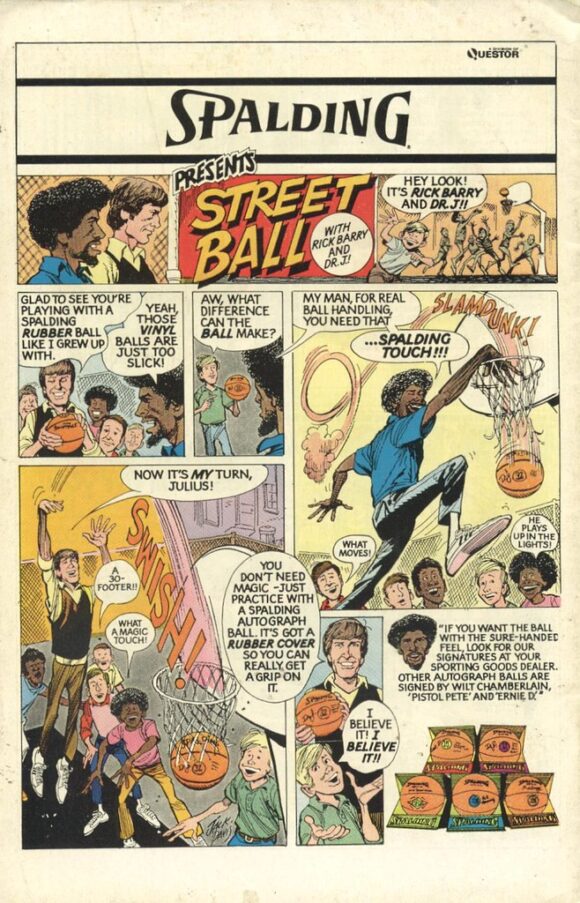 Superman in “The Spy” (1977?). I couldn’t leave this topic without at least one example of the hundreds of Hostess superhero ads starring the heroes of DC, Marvel, Harvey, and other companies. In their own way, they were better for you than the products they were pushing. I’m going with this Superman page by Curt Swan, with a story reminiscent of “The Stolen Costume” episode of The Adventures of Superman (1952) but with a much tastier, fruit-filled denouement. 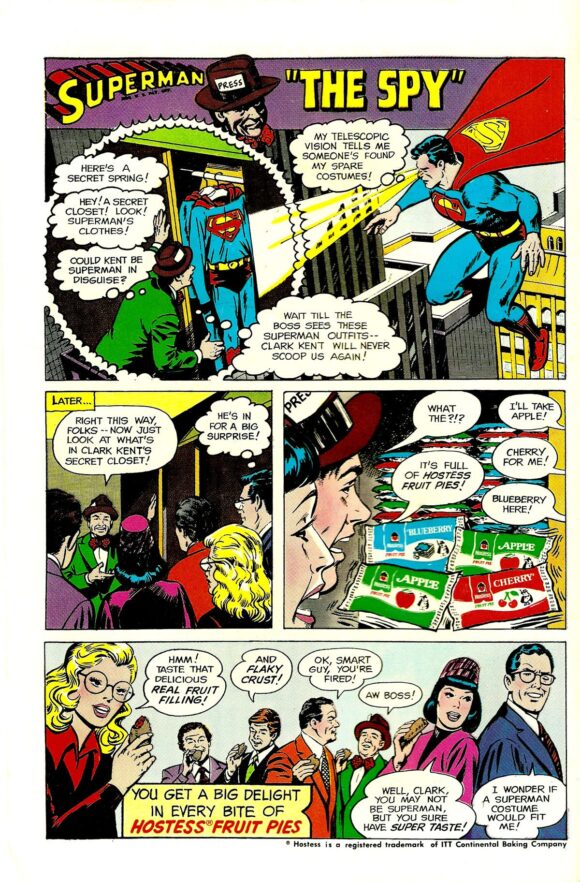 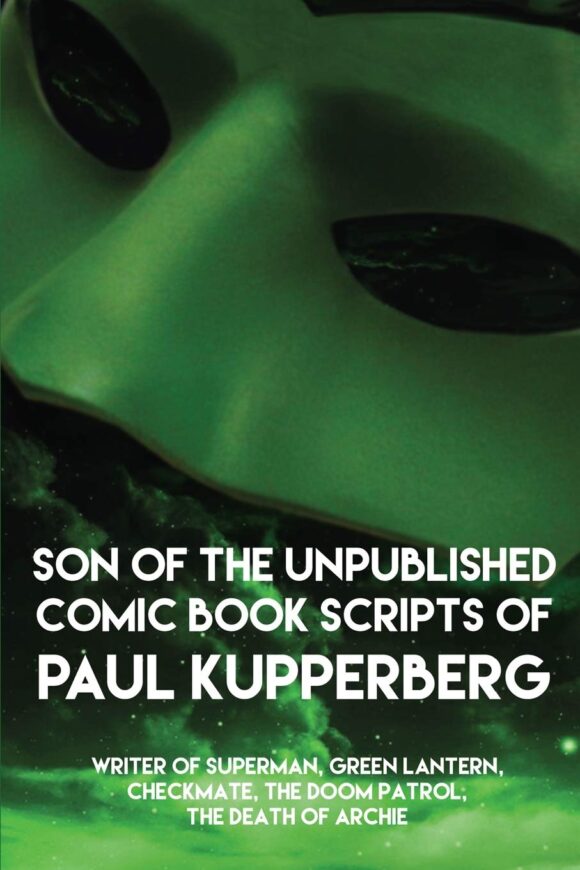