NO ONE RIVALS DOOM: Get Ready for THE BOOK OF DOOM OMNIBUS

Home » COMICS HISTORY » NO ONE RIVALS DOOM: Get Ready for THE BOOK OF DOOM OMNIBUS 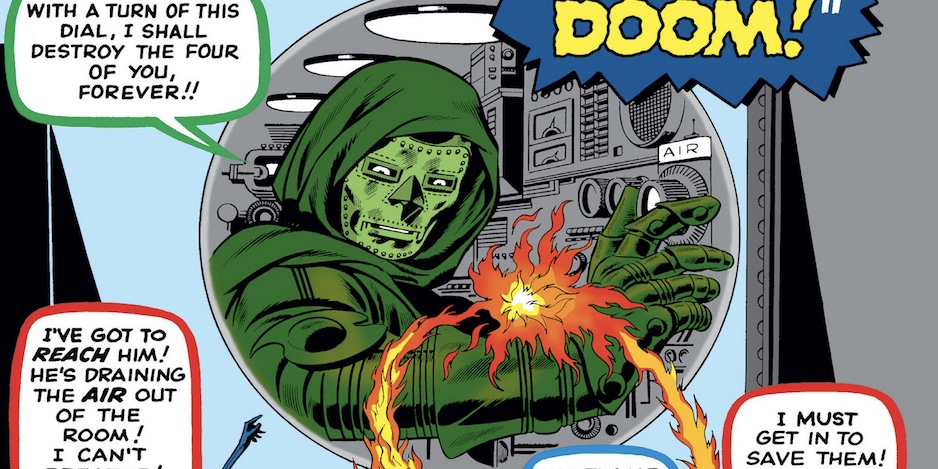 Here’s how this goes: The Joker is comics’ all-time greatest villain. I will brook no dissent.

But I acknowledge those misguided souls who believe it to be Victor Von Doom, the archenemy of the Fantastic Four (and almost everyone else in the Marvel Universe) who has a penchant for making outrageous declarations while referring to himself in the third person.

Hell, even Mark Hamill understood that Darth Vader was pretty much a stand-in for Dr. Doom. 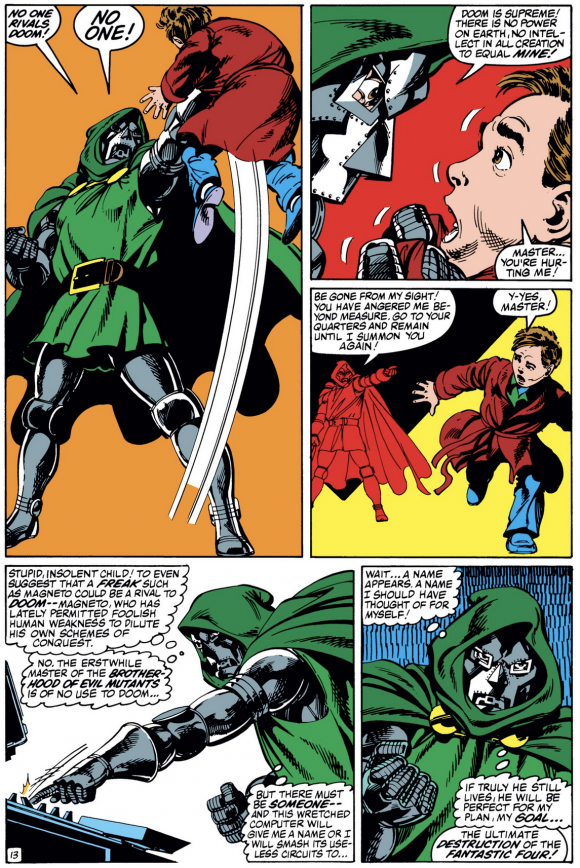 Doom loses his shit in Fantastic Four #258, by John Byrne

But that’s not why we’re here. We’re here because Marvel in 2022 will be releasing Doctor Doom: The Book Of Doom Omnibus, a suitably massive collection of the Latverian overlord’s greatest battles with the greatest heroes of the Marvel Universe.

And why 2022? Because that’s the 60th anniversary of Doom’s first appearance, in Fantastic Four #5, which was released in April 1962. 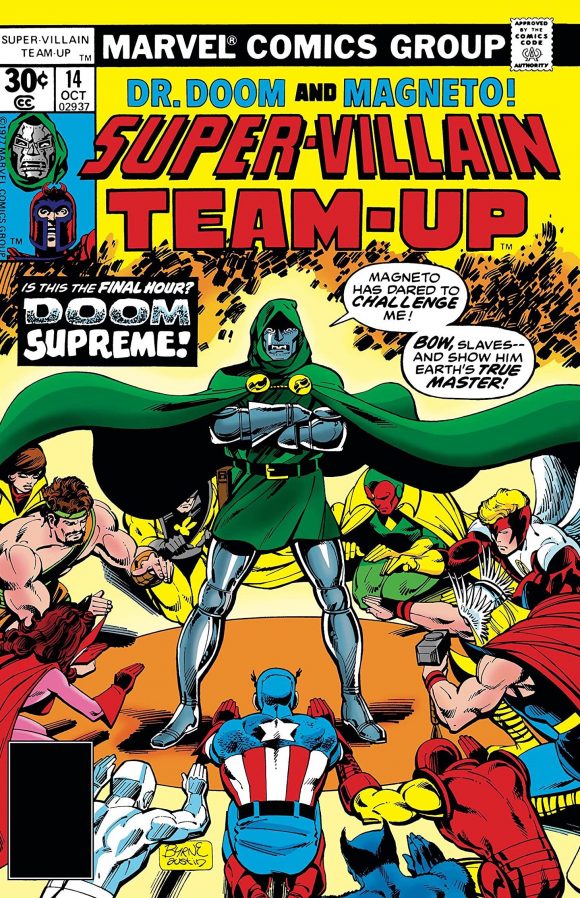 Bow before the majesty of Doctor Doom! The greatest villain of all is celebrated in a tome of tyranny six decades in the making! Featuring the Latverian ruler’s first battle with the accursed Reed Richards and his Fantastic Four — and their most epic clashes since! Plus, Doom’s unforgettable encounters with Spider-Man, Iron Man, the X-Men and the Avengers! A trip to hell with Doctor Strange! The power of the Beyonder! Victor von Doom’s incredible life story contained in the Books of Doom! And more tales of the Lord of Latveria! 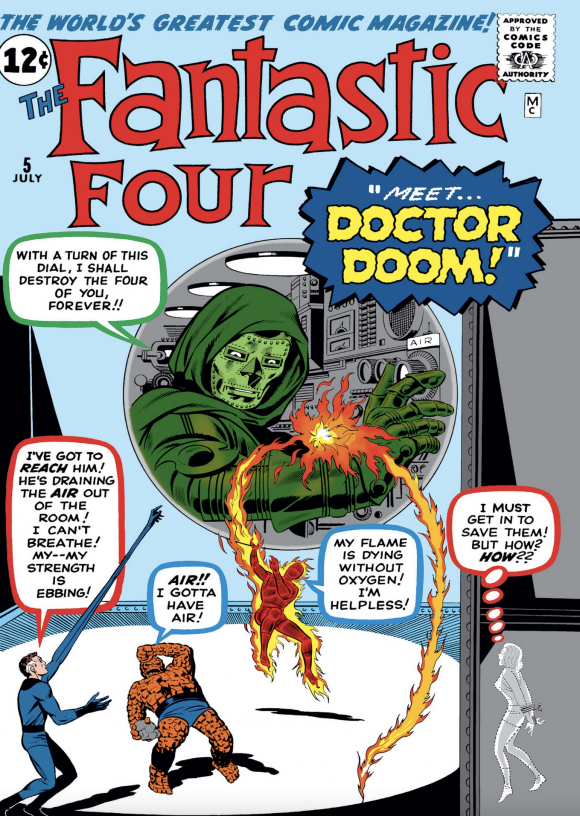 — Assuming the on-sale date holds, Marvel’s timing is impeccable: FF #5 came out April 10, 1962, according to comics.org. The omnibus is due April 12.

— I’m impressed that Marvel didn’t just make this an FF collection. Even if the Fantastic Four — especially Reed Richards — tops his enemies list, he really makes life miserable for everyone.

— Dr. Doom is one of the greatest comics character names ever. Ever.