A special hardcover that looks at the epochal issue, panel by panel… 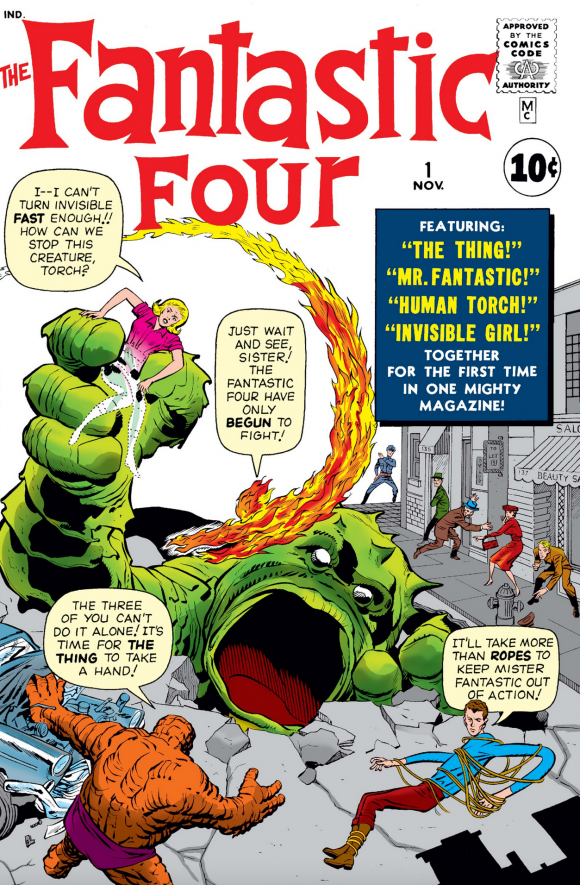 Fantastic Four #1 came out 60 years ago this August, launching not just the Marvel Age but revolutionizing superhero comics storytelling.

Now, with the anniversary on the horizon, Marvel is planning a special hardcover tribute: Fantastic Four No. 1: Panel by Panel, by Chip Kidd and frequent collaborator Geoff Spear, which breaks down Stan Lee and Jack Kirby’s classic into its basic components.

Dig this detailed official description, from an Amazon listing: 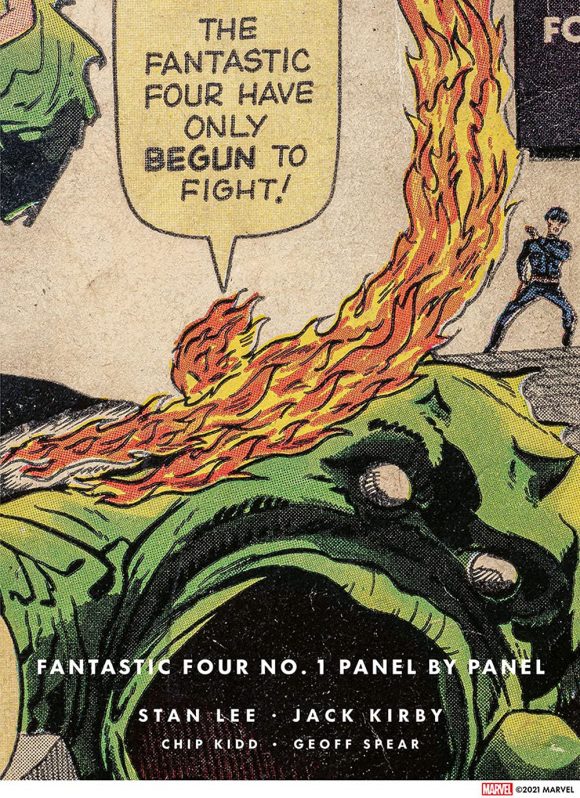 Timed for the 60th anniversary, the iconic and influential first issue of the Fantastic Four by Stan Lee and Jack Kirby, deconstructed by award-winning designer Chip Kidd; with text by novelist Walter Mosley, Marvel editor Tom Brevoort, and historian Mark Evanier; and photographs by Geoff Spear

The first issue of Fantastic Four by legendary creators Stan Lee and Jack Kirby introduced fans to a now-iconic team of Super Heroes—Mister Fantastic, the Invisible Girl, the Human Torch, and the Thing—ushering in the modern Marvel Age of comics. Kirby’s artistic contributions in this comic book revolutionized visual storytelling and brought a new reality to the way comics stories could be told, the ripple effects of which continue to influence comic book art to this day. Sixty years after its publication in November 1961, this stunning reimagining by award-winning graphic designer Chip Kidd uses an original copy of the comic book (which initially sold for ten cents and now sells for astronomical prices in good condition) to present the classic story in a whole new way that is sure to engage both lifelong fans and the latest generation of Marvel enthusiasts. The book also includes text by bestselling novelist Walter Mosley, Marvel editor Tom Brevoort, and historian Mark Evanier (Kirby: King of Comics). Stunningly photographed by award-winning photographer Geoff Spear, Fantastic Four no. 1 is showcased as you’ve never seen it before—oversized and remastered—a panel-by-panel exploration of the entire issue that captures every single detail and nuance of Lee’s story and Kirby’s groundbreaking artwork, making it a must-have for every comic book collection.

— UPDATED: This appears to be an updated version of 2005’s Maximum Fantastic Four, evidently redesigned by Kidd and Spear. Either way, this is, pardon the pun, a fantastic concept and I would love to see it repeated for other classic comics. Easier said than done, I know.

— The 260-page hardcover lists for $40 and will be published by Abrams ComicArts.

— The publication date is Nov. 16. Why November and not August? Fantastic Four #1 has a November cover date. (I’m sure it helps that the book is perfectly timed to the holiday gift-giving season.)