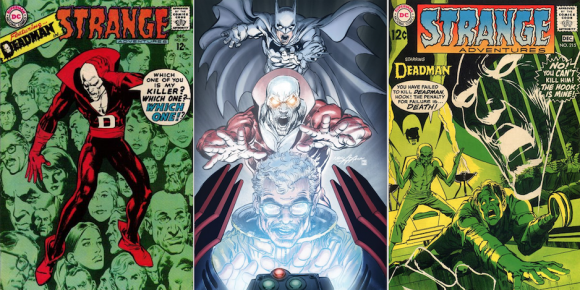 Where else to start this series of interviews than at the beginning?

Deadman debuted in Strange Adventures #205, cover-dated Oct. 1967. He was created by writer Arnold Drake and artist Carmine Infantino, yet they produced only the first story. Drake was still around the next issue, with Adams joining on pencils. 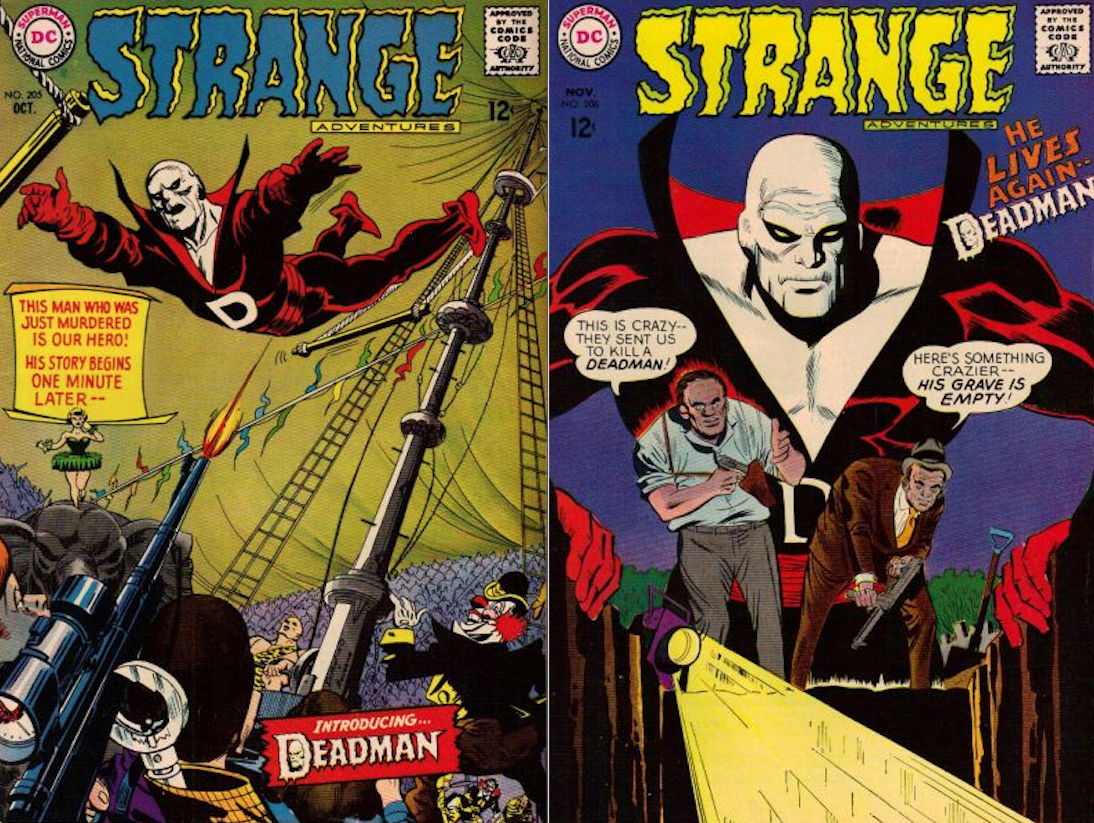 However, Adams didn’t take over the covers until Strange Adventures #207 — and it was an instant classic, one that endures 50 years later.

Many of the floating heads behind Boston Brand are members of DC’s production department whose names are lost to the mists of time. (If you recognize anyone, let us know!) Others are made up. 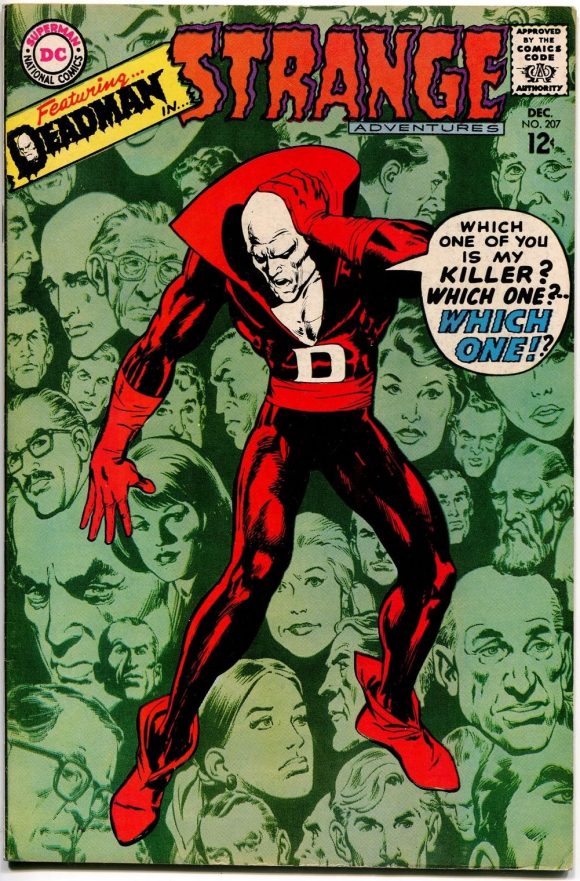 “Most people in comics had forgotten to do dropouts or if they knew how to do them they didn’t say anything at the time. Mostly because they didn’t want the artist to know too much so they wouldn’t make extra work for the production room.

“I, unfortunately for the production room, knew how to do dropouts, that it wasn’t complicated. It was really a very simple process and so I decided to do the first cover of Deadman as a dropout of the background, in an olive green, and then, of course, laying another, lighter green over it.

“What I did with the cover, of course, is I put in a whole bunch of faces, but for people who are interested, all those faces are somebody. Well, most all of them are somebody. They’re people who worked at DC Comics…

“To the left of Deadman is Ira Schnapp, probably the best letterer on Earth at the time. Next to him is Jay Scott Pike, a romance artist, other than that a really terrific artist, then there are a couple of small heads and then just below that is Jack Adler, who is probably the best person in production and the person who executed this cover.

“And the guy to the right of Deadman’s knee is actually the Hook. Shh! It was a big secret…. And some of these people I made up. Just above Deadman’s left shoulder is (colorist) Jerry Serpe, who worked in the production room.”

Adams went back to this classic last year during DC’s Neal Adams Month of variant covers (click here for more on that). He recast Deathstroke in the Deadman role and the heads were instead some of DC’s most important creators and execs: 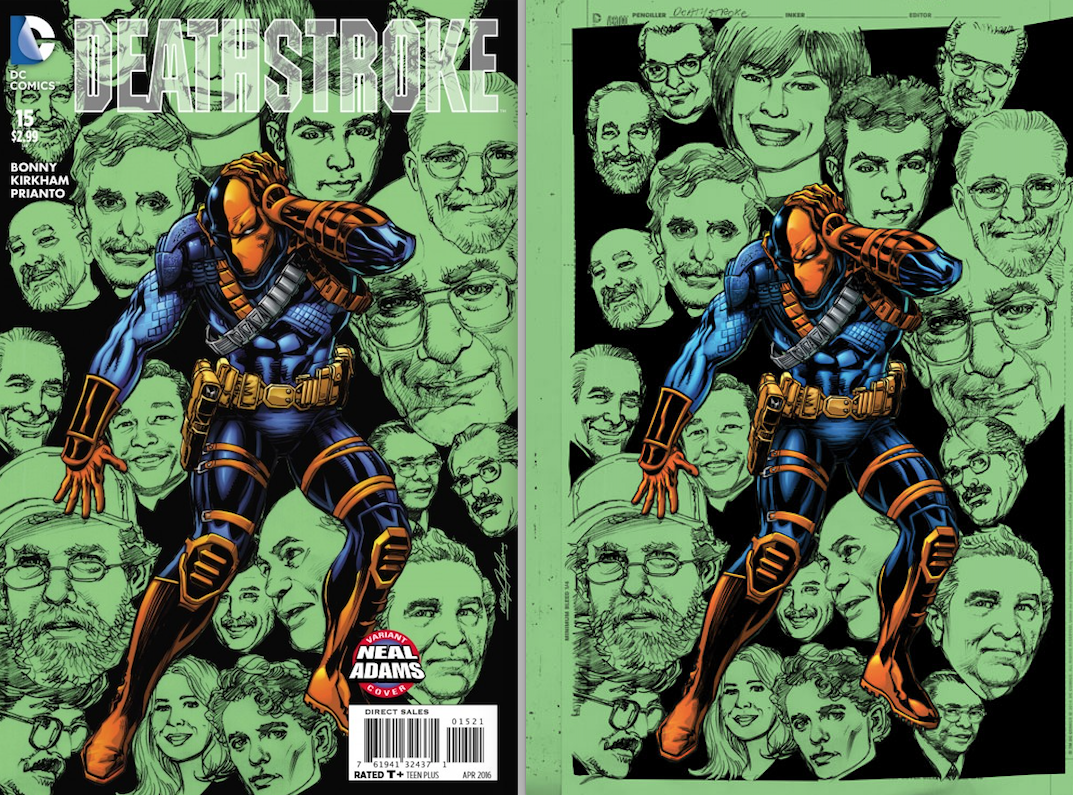