MY COMIC SHOP HISTORY: An Ode to a Closing Store

Home » MY COMIC SHOP HISTORY: An Ode to a Closing Store

A podcast dedicated the mournful passing of time. 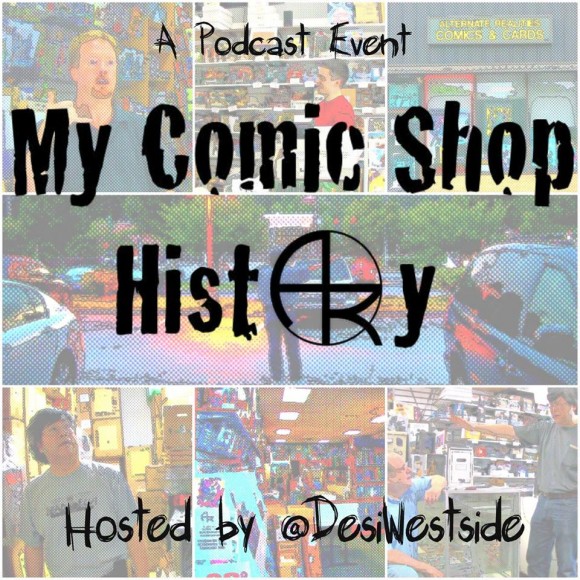 Most of us have a favorite comics shop and if we’re lucky it’s still in business, thriving.

For me, going every Wednesday is tantamount to a weekly pilgrimage and I consider myself exceptional fortune that I have such a great place to go (Midtown Comics-Grand Central in NYC).

I’m spoiled. Not everyone has it so good.

Down the road apiece from where I live is the best comics shop near my home — Alternate Realities in Scarsdale. I’ve known the owner, Steve Oto, for about 10 years or so. I’ve bought from him and I’ve sold to him and I’ve bought some more. 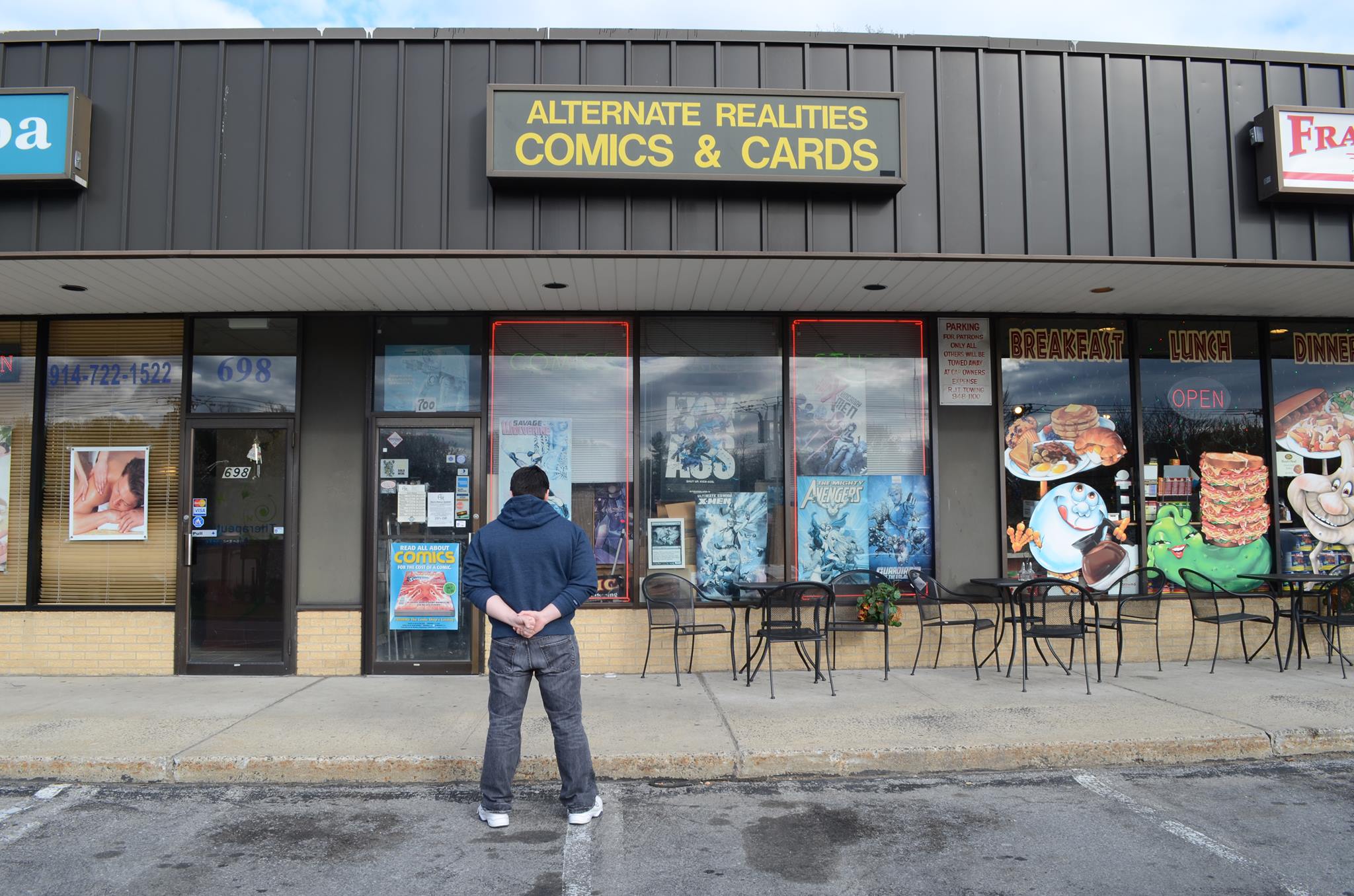 I’ve always felt a little guilty that I wasn’t a more loyal customer. But it was just that little extra bit out of the way for me, so I’d pop in on the occasional weekend if was nearby or was looking for something specific.

Alternate Realities is closing in June and there’s a whole coterie of denizens who are pretty upset, even understanding that Steve felt it was time to move on.

So Anthony Desiato, who directed My Comic Shop DocumentARy about the store, has launched a weekly, 12-part podcast that is more or less a countdown to the show’s demise.

Even though it’s about a specific store, there’s something universal among comic fans who’ve loved and lost their hangout.

Anthony‘s a great guy and he clearly loves his subject. I profiled his film last year, as well as its follow-up. 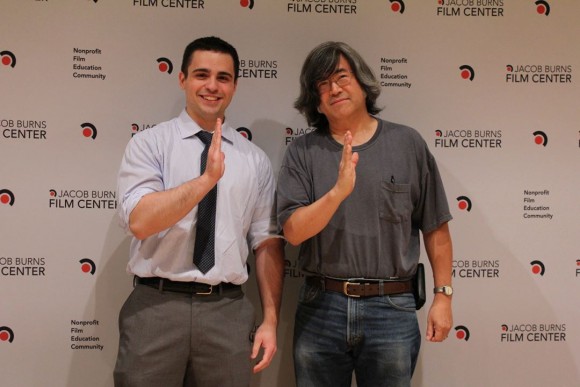 But now he’s about halfway through the podcast, which you can subscribe to on iTunes. New eps go up every Wednesday.

Being wistful about my own Comics Stores Past, I asked him about his show in this MIGHTY Q&A:

Dan Greenfield: You’ve spent quite a lot of time chronicling Alternate Realities. What’s in the podcast for folks who aren’t familiar with the store?

Anthony Desiato: I swear, I thought I was done chronicling AR! But when news of the closing broke, I knew I had to tell the final chapter in the Alternate Realities Saga. The podcast, like the documentary before it, is designed to be accessible to audiences regardless of whether or not they’re familiar with AR.

The podcast is 12 episodes, each with different guests and a distinct hook. I’ve been talking to past and present owners, customers and employees, so the guests are all coming into it from a different angle. The goal is for all 12 to have a different flavor but still feel like part of a whole. 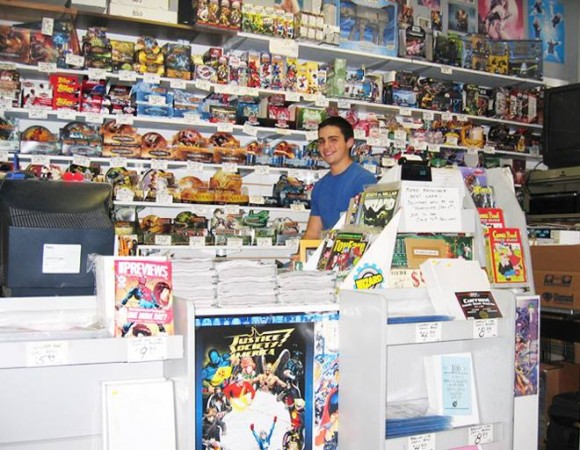 For example, Episode 2 (“The Three-Minute Rule“) is our Clerks episode, with my former co-worker and I revealing our nicknames for customers and biggest pet peeves. Episodes 3 (“Rocket Man“) features former AR owner and current Rocket Girl writer Brandon Montclare offering insight on owning a comic shop (and on breaking into the comic book industry, for those who are interested in that). An upcoming episode, “Comic Shop Business School,” will reveal everything one needs to know/do to open their own shop. And throughout it all, we’re telling some of our best and funniest stories, like the time a customer we nicknamed “Rough Lover” threatened to beat up AR‘s owner.

Dan: How painful has this been for some of your guests?

Anthony: Without getting maudlin, this has been a difficult time for our community. (If nothing else, listeners will take away from the podcast that the store has meant a lot to us.) I think we’re all sad that the store is closing, but we also recognize that it’s almost like a loved one on life support: You don’t want to let go and say goodbye, but you also accept that it’s time, and that for AR to continue in its current state wouldn’t be good for anyone.

I have to say, doing the podcast has been quite therapeutic. To be able to reminisce, laugh, and celebrate the store the way it deserves to be honored has been a lot of fun. A number of the guests have said that they feel doing the show has given them closure. That meant a lot. 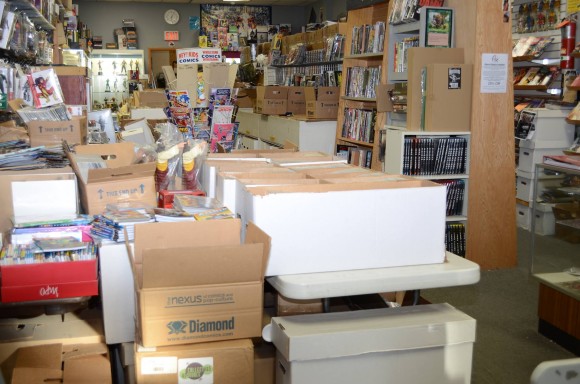 Dan: What does Steve make of all this? What’s he doing next?

Anthony: I don’t know if you saw Steve’s closing announcement, but his take on the end of the store is decidedly not sentimental. In fact, that’s a big reason why I decided to start this podcast. The tone of his post was so caustic. There was a disconnect between what he wrote and what we feel about the store. It’s his store, but it just felt like the absolute wrong note to go out on. I wanted to change the conversation a bit to reflect what the store has meant to us — not just those of us on the podcast, but the larger Westchester comic book community.

As for what he’s doing next, that’s actually going to be one of the subjects of my upcoming episode with Jay Meisel (star of my second doc, By Spoon! The Jay Meisel Story).

You can rent My Comic Shop DocumentARy and By Spoon! The Jay Meisel Story on Vimeo. The podcast, which you can follow on Facebook, is on iTunes.