A Man Out of Time

By Spoon! The Jay Meisel Story is a tale of the fading, comics-selling old guard, warts and all. 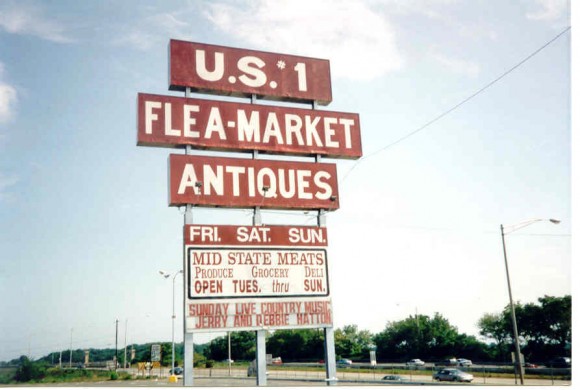 Thank you anonymous person who put this on the Internet.

Growing up in central New Jersey in the late ’70s and early ’80s, I used to go to a place called the U.S. Route 1 Flea Market in New Brunswick, an indoor bazaar that offered a wide array of items, mostly of varying degrees of chintz.

To the left and toward the back of the main part of the building, a guy named Bill had a stall where he sold comics, both new releases and back issues.

For a couple of years, through my freshman year in high school, this was my de facto comics shop. This is where we debated New Teen Titans vs. X-Men and where the older, more knowledgeable kids talked about this hotshot Frank Miller, who was doing all sorts of things with Daredevil.

Bill was cut from that Simpsonsesque, Comic Book Guy cloth, but he had a better nature and he seemed to enjoy playing the den leader. 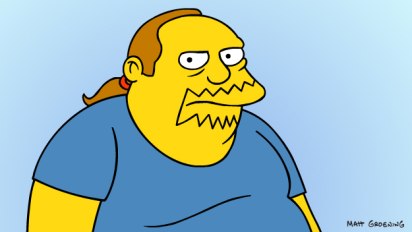 This is where I spent my Saturdays: Comics talk all day, broken up by a couple or three Cokes and a paper bag full of fresh-cut French fries with salt and vinegar for lunch.

Eventually, I moved away and the flea market closed.

So when Anthony Desiato — who also directed My Comic Shop DocumentARy — told me he had another film about a comics dealer, I was intrigued. Because this one — By Spoon! The Jay Meisel Story — has a lot of parallels to my own memories. 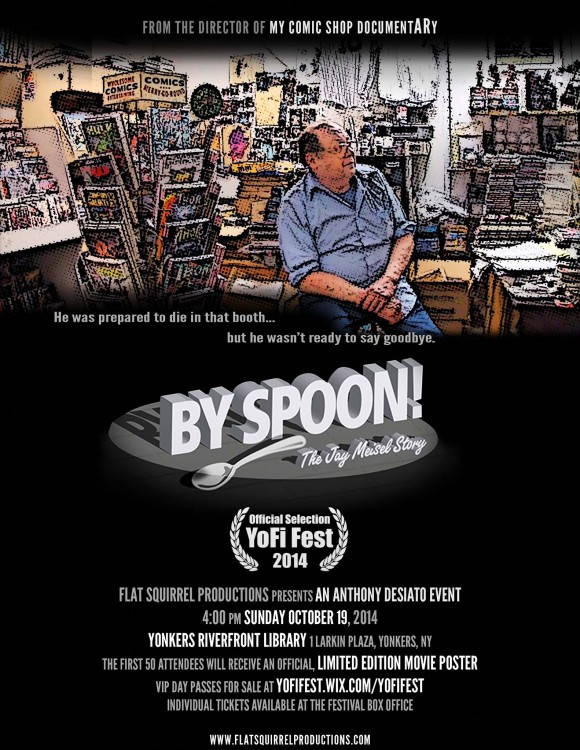 The 30-minute film, which will screen at the Yonkers Film Festival this weekend in suburban New York City, is about a crusty old guy who oversaw a comics stall at an indoor flea market for 34 years only to find himself out of business when the market shut down:

Now, Jay is not exactly a likeable guy. He’s angry, profane and there’s an ugly undertone of racism when he rails about the changed demographics of Port Chester, N.Y., which saw a strong Latin influx in the last few decades. (Bill, who was a younger man, was none of these things, by the way.)

Nevertheless, the film has compelling elements while you squirm because it’s still hard to watch someone give up their business before they’re ready.

“The decision to make the movie really came from two things: my experience filming Jay for My Comic Shop DocumentARy and the audience reactions to Jay’s segment during screenings,” Desiato said. “Jay’s a true character, in every sense of the word, and that’s half the battle right there. The other half was recognizing that there was more story to tell with him and that an audience would be on board.

“One of the interesting things about this project is that when I started filming, there was no indication the Empire State Flea Market was closing. At that point, the documentary was essentially going to be a profile. A few months after filming wrapped, but before I really got too deep into editing, Jay got word that the end was near. On a personal level, my heart broke for him. As a filmmaker, I knew what I had to do, and the doc really became about Jay saying goodbye.”

I expect that Desiato will put this film online at some point, in the same way you can catch My Comic Shop DocumentARy. In the meantime, check it out this weekend if you’re nearby.