Joe Quinones is an artist we dig and seems to pop up a lot in our weekly VARIANTS! wrap-ups. He pays us a visit with a MIGHTY Q&A!

Joe Quinones (most recently Black Canary and Zatanna: Bloodspell) is the kind of artist whose work really appeals to my sensibilities. There’s a sense of humor and a modern sleekness infused with a Silver-Agey quality and some sex appeal thrown in for good measure. I ran into him at Baltimore Comic-Con and again at New York Comic Con and since he’s someone I’ve wanted to profile for a while, I hit him up for a MIGHTY Q&A. He talked about his beginnings, his influences and his own favorites.

Joe Quinones: Doomed planet. Desperate Scientist. Kindly Couple. No, wait, sorry; I mistook me for someone else. I hail from New York. Born in the city, raised about an hour and half north of it in historic Hyde Park. Home of Franklin Delano Roosevelt, don’t you know.

What are you working on right now?

I’m just getting going on a two-issue arc of Batman Eternal, due out early next year.

You have a really smooth, almost animated style. Tell us about your influences and some of your own favorite artists.

Dave Stevens, Mike Allred, David Mazzucchelli, Mark Schultz, Frank Cho, Adam Hughes. These were the guys I was reading when I rediscovered comics in college. Their work was all hugely inspiring to me at the time, and continues to be to this day. 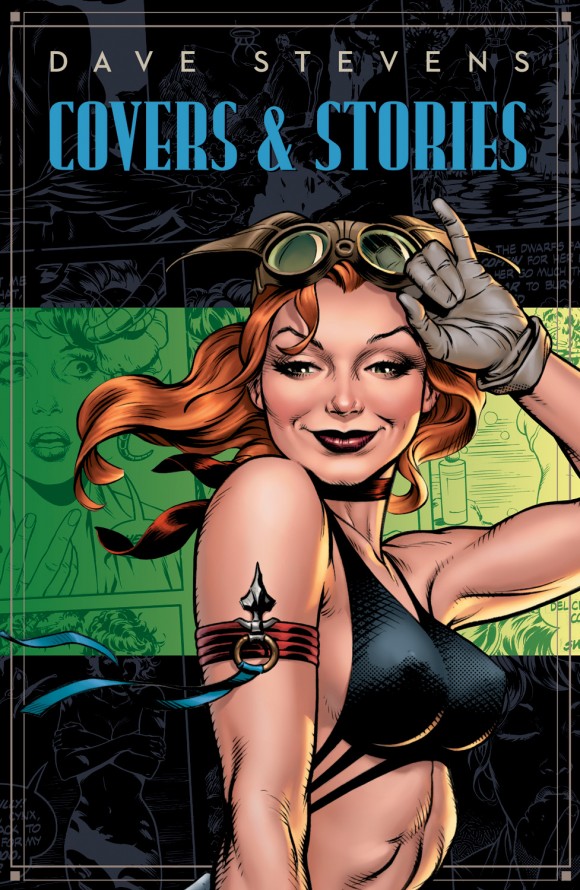 Before them, I’d owe a lot to the work of Bruce Timm, Darwyn Cooke, Mike Mignola and Paul Dini (yes, I know Paul is a writer and not an artist) on Batman: The Animated Series. I fell in love with the design sense and general storytelling style of that show, and still regard it as the definitive version of the character.

Today the list goes on and on, but here are a few off the top of my head: Maris Wicks, Paolo Rivera, R. Kikuo Johnson, Doc Shaner, Chris Samnee, Annie Wu, Amanda Conner, Marcos Martin, Babs Tarr, Kevin Wada, Kris Anka, Ming Doyle and on and on. 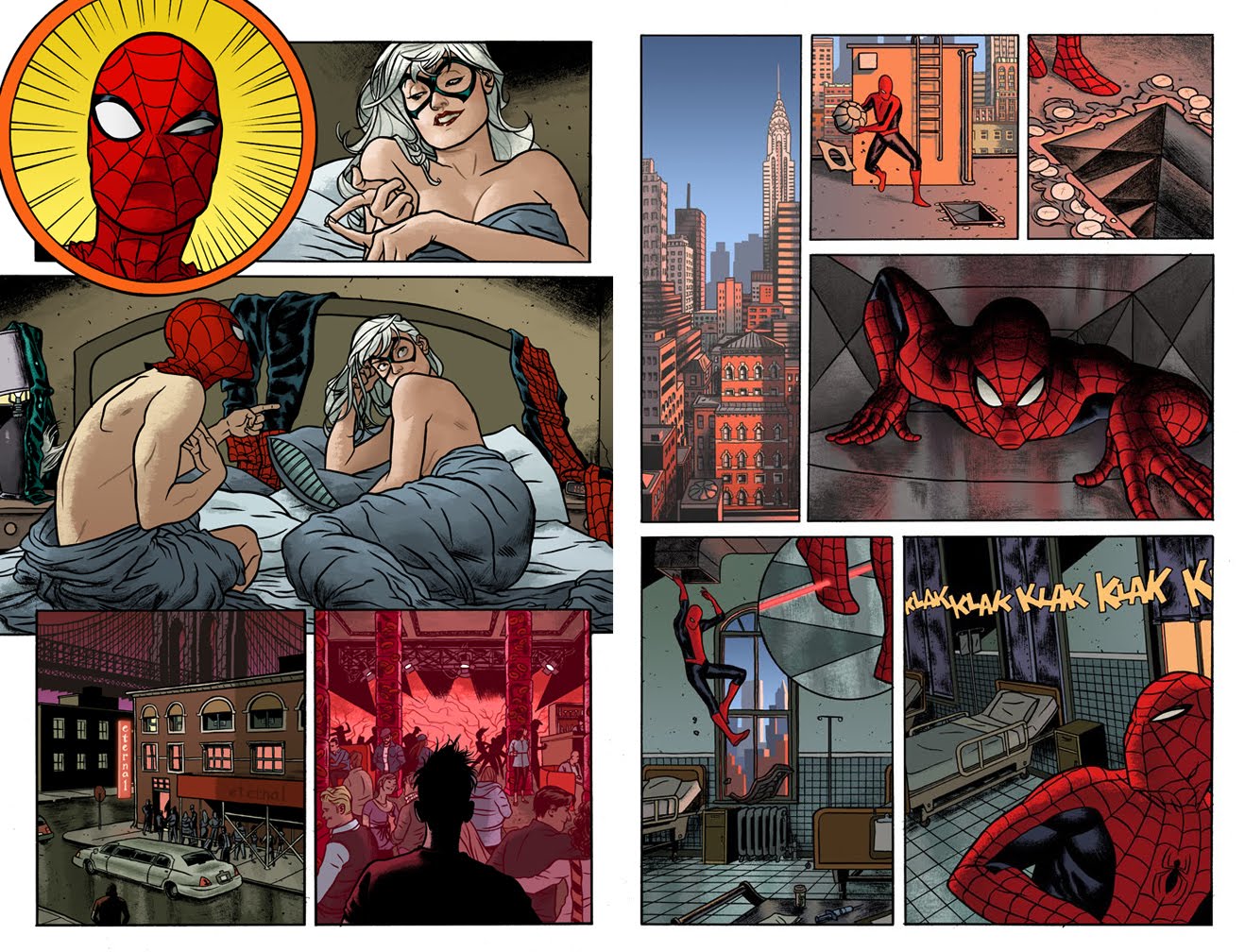 You turn up in our VARIANTS! feature quite a bit. Do you feel a greater creative freedom on these covers than if you do an A cover? How do these gigs generally develop?

Generally they just drop on my doorstep (inbox?), but occasionally I’ll seek one out if I’m really excited about a title. For those, I’m finding out about the series after it’s been announced, so the main covers have already been drawn up, leaving variants for the taking.

I suppose variants can operate with a bit more freedom than main covers, but I don’t really consider that. I just want to design something fun and interesting. I leave it to my editor to say yea or nay to whichever cover concept. 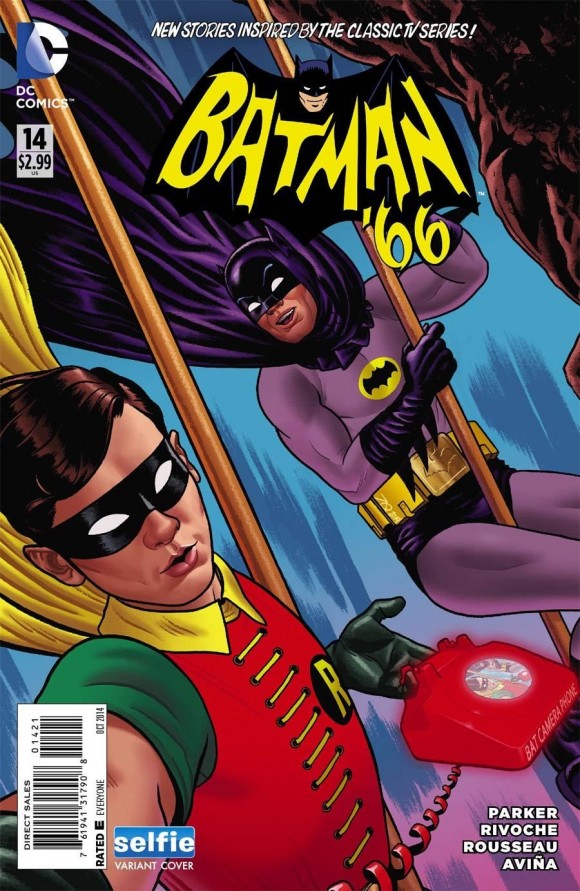 Looking at your own career so far, what would you pick as your own favorite work or the work you’re the most proud of?

I still am really proud of my work with Kurt Busiek on our Green Lantern serial for Wednesday Comics. Though short (12 single, oversized pages), it was supremely satisfying to work at the scale that I did (18 x 24”), and I was really happy with how it printed — both in issue form and the collected hardcover.

Beyond that, I’m also very proud of my work on Black Canary and Zatanna: Bloodspell. It was a dream come true to get to work with one of my comic idols, Paul Dini, and I really fell in love with the two leads of the book through working on it. It was a real joy creating with Paul our own amalgamated version of the DCU. I’d love to return to that universe with him sometime.

Get in the Wayback Machine: What was your first comic? Do you still have it?

I can’t remember which came first, but they were both Batman comics. One, an oversized issue dealing with Man-Bat and the other being issue 408 (I believe) of Batman. The one where Jason Todd steals the tires off the Batmobile. 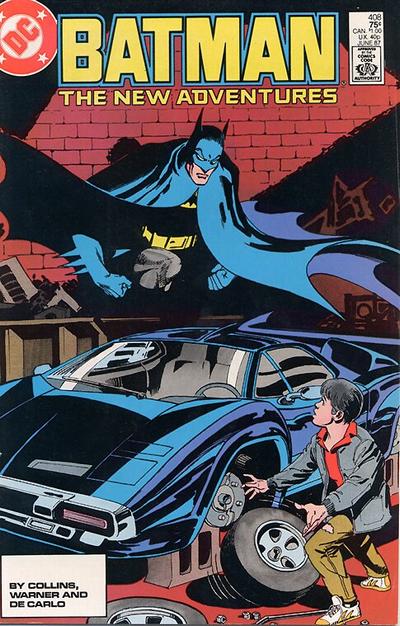 Hmm… I’d say a “supersize” Toy Biz action figure of Magneto that my late grandmother gifted me when I was a kid. He’s since lost his cape, but otherwise has remained intact with me for over 20 years now.

Professionally speaking, give us three characters you’d give anything to work on. Not just a cover, but a full story or a full run.