The self-described “retropreneur”/PR maven/historian/comics superfan subjects himself to our withering interrogation:

So, Ed, tell me your background, family, growing up … and how you got into being a “retropreneur.”

I’m kind of the “Country Mouse” that is now living the life of the “City Mouse.” I grew up in the Fingers Lakes region of New York state in a wonderful town called Auburn. Any Silver Age comic fan would swear it was the template for the comic book version of Smallville. Interesting enough, it was one of the places that burned comics in the ’50s! My folks, however, both loved comics. Dad’s favorites were the Phantom and Boy Comics’ Crimebuster, while Mom, from a family of strong, independent women, always liked Wonder Woman. 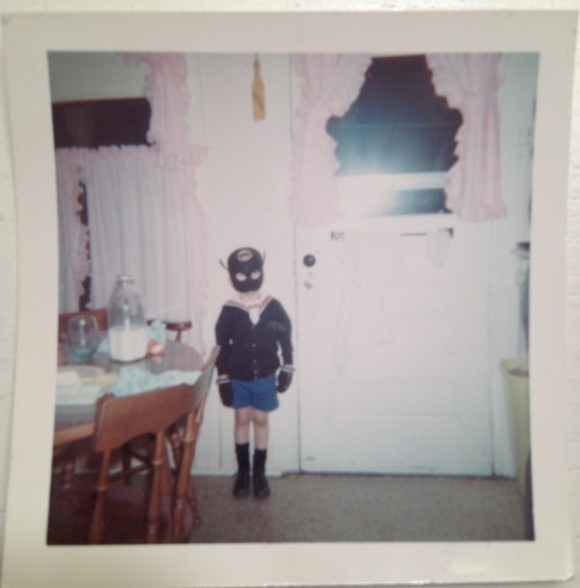 As an Italian-American, Sunday was a family day full of tradition, and lucky for me, comics got folded into that. Each week, my family would attend Mass, we’d feast on macaroni at my grandparents’ house, and then my dad would take us to Pauline’s Newsstand, where he’d buy me a comic.

Somehow I grew up to become a marketing executive, but I’ve always melded my passion for comics into my professional world. For example, when I was at Nabisco, I hired Valiant Comics to create an ad series and partnered with Marvel Comics for a back-to-school promotion. “Retropreneur” is kind of the next stage in my professional evolution as I combine a love of past pop-culture properties and polish them up to bring them center stage for today’s audiences. We’ve been doing that with Zeroids (an old robot toy), a Jungle Girl property and a ’60s superhero toy called Captain Action. 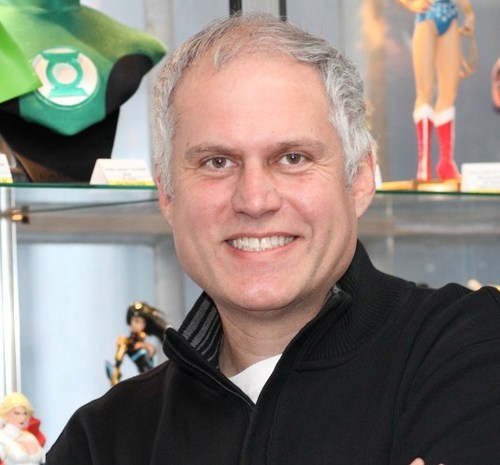 Captain Action is your focal point right now. How did that come about? Take it all the way back to childhood.

I was one of those kids who was influenced by the ’60s Batman TV show. In fact, maybe “influenced” is too passive a term. I should really say something like: “My destiny was set once I viewed my first three minutes of the Batman TV show.”

My terrycloth batcape seldom came off. I saved money in my Batman bank. I practically wore a new groove in my Dan and Dale vinyl Batman record. And my pedal-car Batmobile is still the best car I ever had. 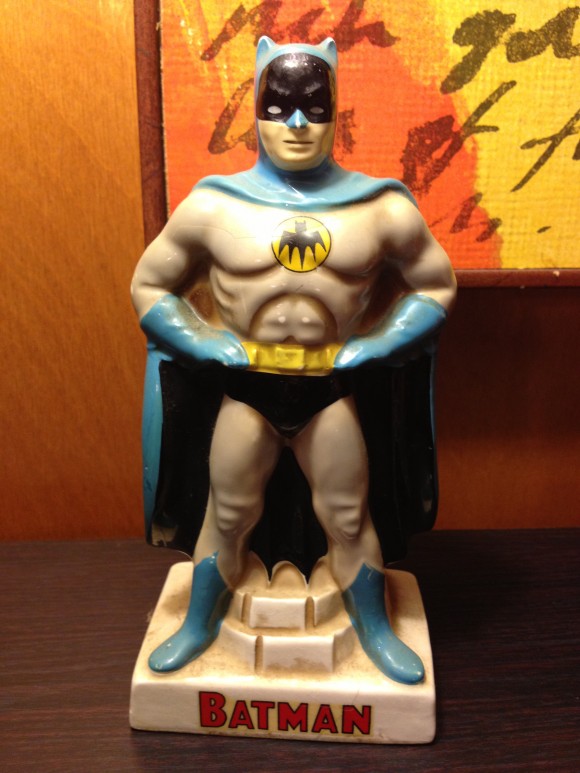 We could never find the Batman costume set – but we got very creative. I relentlessly nagged my Mom, an expert seamstress like all in her family, to join me in the 1960s version of customization. So it was my Batmania that led me to Captain Action.

We’ll be talking a lot about Caption Action as time goes on, so let’s shift gears for now: Tell me your earliest comics memory.

During the Batman craze, Julie Schwartz was putting Batman front and center on the Justice League of America covers. For a long stretch there, Batman dominated the visuals and the rest of the JLA was just sprinkled around him. That marketing ploy sure worked on me! I eagerly snatched up and devoured those comics. “Batman has friends that also fight crime?”  “Who is this J’onn J’onzz?”

As an aside, I realize this was probably reinforced by the Filmation shorts that were part of the old Superman-Aquaman Hour of Adventure. Oh, how I’d cross my fingers for the rare JLA adventures to air. 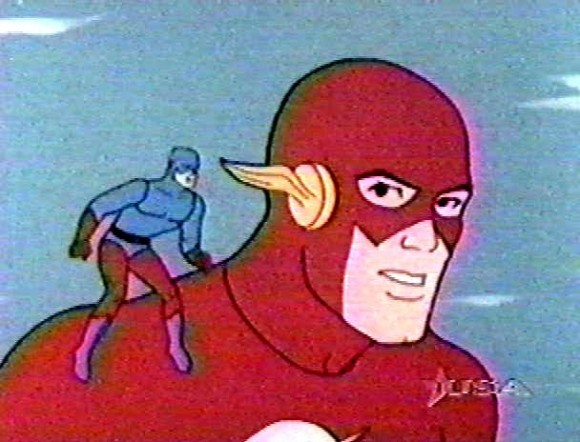 And you know how kids get “letters from Santa”? Well, my wonderful Aunt Elissa, during those Sunday Italian dinners, would often tell me that I received a letter from the Justice League! She’d read a letter to me that was written by the Flash or whoever was “acting chairman.”  Flash would ask how I was and explain that they were all very busy fighting crime. He’d remind me to listen to my parents, not fight with my brother and to make my bed each day.

I especially remember JLA #48, which reprinted the three early Justice League stories. I vividly recall that in one story the Justice League would “stay up late” – certainly past my bedtime – in “Secret of the Sinister Sorcerers” (reprinted from JLA #2). The image of the JLA fighting a giant hand coming through a floating door still scares me. So does Kanjar Ro and his “Slave Ship of Space” (reprinted from JLA #3). He’s still so creepy to me! 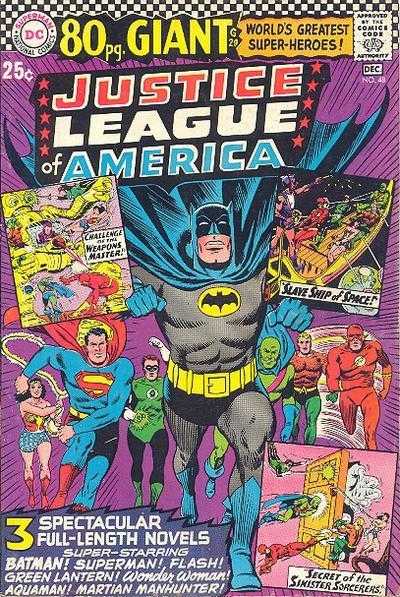 Did you stay a DC kid or did you become a Marvel kid?

With my love of Batman I started as a DC kid, but soon jumped into the Marvel books headfirst – never looking back. In fact, for me, Marvel and DC were one big party, and some of the other companies — Gold Key, Archie, Classics Illustrated, etc. — were the outliers. One barbershop always had Magnus, Robot Fighter and those painted covers confused me. I thought they were photographs!

What’s the first comic you bought? Do you still have it?

I’m not sure the first comic I ever bought, but Batman #183, showing Batman shirking his crime-fighting responsibility to lounge around and watch TV, was a personal game changer. How could this be? It was a mystery that I had to unravel, and yes, I still have it in my collection. 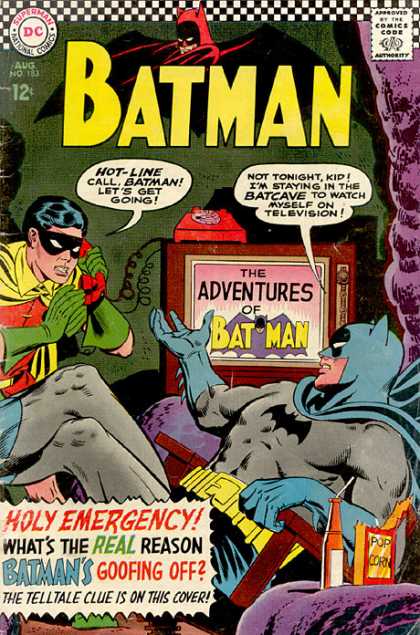 I guess for me the Holy Grail is that Batman issue I just mentioned, purely for nostalgic reasons. Although, as an adult, I like a line that Robin had in this issue. He says, “There’s nothing like a little danger to make you forget a dame, right Batman?”

OK, what are the five best comics story arcs you’ve ever read?

Oh – toughie! So hard to narrow down. Shooting from the hip, I’m going with:

The Avengers – Defenders crossover was really the first multi-title arc and I just loved it. On a grander scale, it also addressed the issues of one’s changing loyalties and group affiliations, as Hawkeye, the quintessential Avenger, was a Defender during this period. 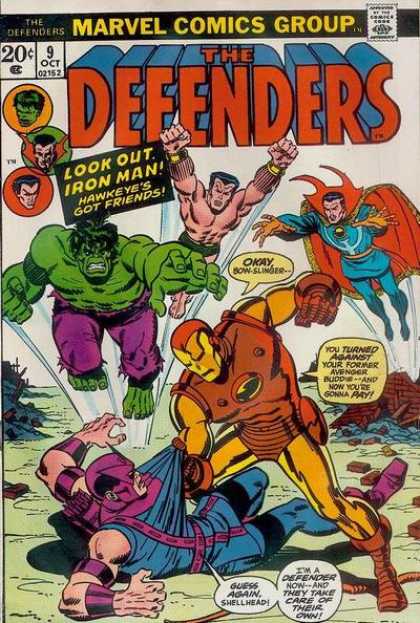 Englehart and Marshall Rogers‘ Detective Comics: For me, this is the classic Batman. Focused and smart, but not overly vengeful, Englehart built upon the classic Neal Adams/Denny O’Neil Batman and created a classic arc that hit all the right notes. And I think we all fell in love with Silver St. Cloud back then too. Oh, and I should note that this arc “really” started with a Walt Simonson issue.

James Robinson’s big wrap-up to his Starman series, “Grand Guignol,” was an amazing arc, but to be fair, it was an amazing continuation of a nuanced and thoughtful series.

Englehart and Buscema’s Captain America of the 1950s four-parter is a favorite. And I just love how Brubaker built upon it for years –what a wonderful ride that was too. 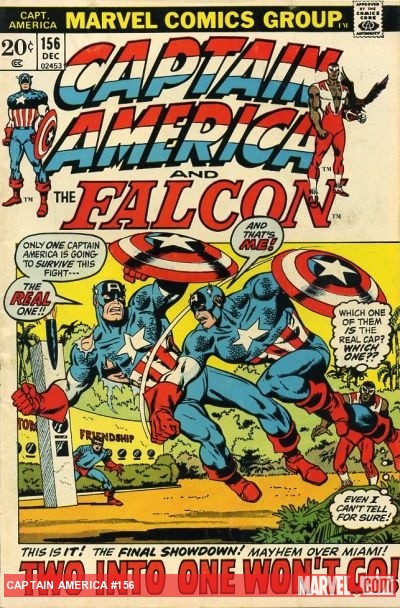 Recently, I re-read my old Hawkworld series. Mike Gold was editing the title, and even though I have a fondness for the Kubert and Anderson eras, this reboot worked on many levels. It explored some heady issues like nationalism, interracial romance and American patriotism. 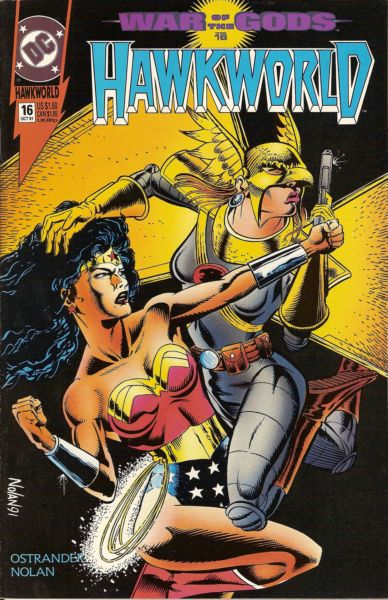 Name your favorite character of all time and tell me why that is.

Setting aside Batman and Captain Action, I’d have to say characters like Nick Fury (I devoured both Sgt. Fury and His Howling Commandos and S.H.I.E.L.D.); Daredevil (I find his enduring perseverance inspirational); and Prince Valiant (a guy torn between family responsibilities and a thirst for adventure).

What’s the most valuable comics-related item you own? Most sentimental?

I’ve got some valuable comics (and I’ve really got to start selling some of them), but the most valuable items are two posters. A few years back, I worked for and then consulted for Reed Expo, the group that does the New York Comic Con and C2E2, the Chicago convention. In the early years, they used stock images donated by the publishers for their convention posters. That all had to change, I explained, and I started a program where we had top name artists create NYCC posters.

So the first one featured Joe, Adam and Andy Kubert jamming on a poster with DC characters, and the next year I recruited Neal Adams to create a Green Lantern poster. My autographed versions of these are treasures.

The most sentimental choice for an item in my collection would clearly be the Batman cowl that my mom made for my Captain Action all those years ago. 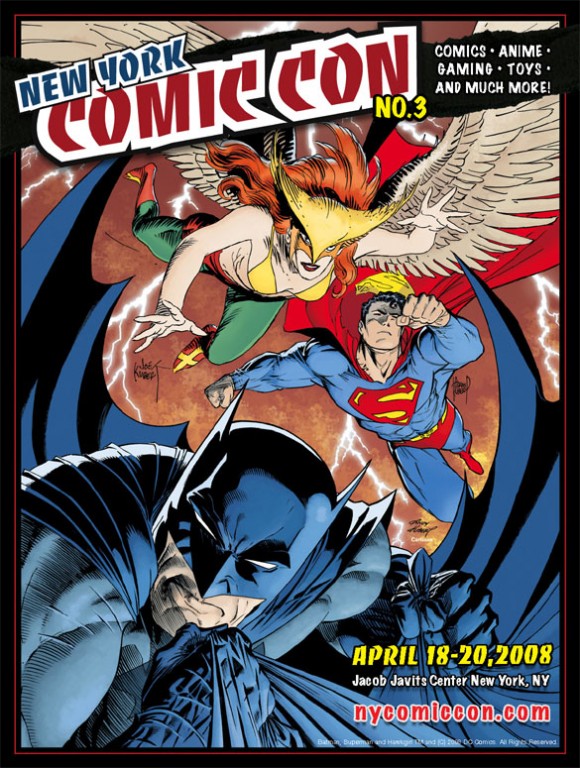 Tell me the coolest comics story you can about yourself.

Here’s one that I’ve been telling a lot lately. As a kid, I just loved going to these comic conventions in nearby Ithaca. It gave me a chance to meet so many heroes – guys like Murphy Anderson, Jim Shooter, John Byrne, Frank Miller and Walt Simonson.

Well, we recently created a special Thor package for our Captain Action toy using Walt Simonson artwork. The image was from the Overstreet Guide, and Gemstone’s Jeff Vaughn graciously arranged to make it happen. I was later explaining to Walt how fun it was for me and how it all had come full circle since those days of yesteryear when I met him in Ithaca. He looked right at me and said, “I don’t think I’ve ever been to Ithaca, Ed!” I explained that he sure had, and I had the Rampaging Hulk #1 signed to prove it. He laughed, but I still don’t think he believes me. 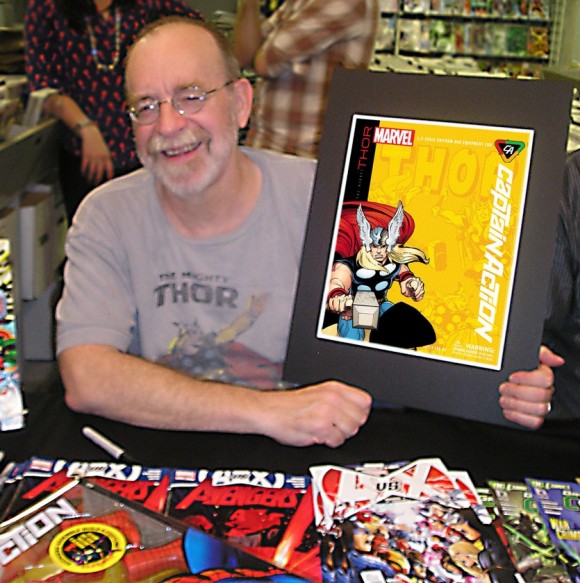 Simonson and his handiwork.

Oh wait – one more.  I was at a very cool pulp convention recently and had some great times with Jim Steranko. Now I loved all his comics work, but I especially loved his pulp style paintings that he did for a series of Shadow paperbacks in the ’70s.  At the end of the show, he came over to me, very seriously and said – “Ed, I need your help packing up my stuff.” Sure, of course – I’d love to help. So he has me carry his original Shadow paintings from the show floor to his car! Wow! You can have your Monets, Reniors or Gauguins — there are no paintings on planet Earth that I love more than those Steranko Shadow paintings. How surreal was that?

And no, I didn’t accidentally put one in my car!