Issue #3 of Dynamite’s Codename: Action limited series, based on the awesome Swingin’ Sixties property is out tomorrow and we have Chris Roberson here to talk about it. PLUS! Fancy, EXCLUSIVE black-and-white art for #4!

If readers are coming in cold to Issue #3, what do they need to know, Chris? How would you describe Captain Action as a character for the uninitiated? Give us the backstory.

Basically, Codename: Action works both as an origin story for the man known as Captain Action, but also as a superspy adventure in its own right. The story is set at the height of the Cold War, and begins with world leaders on both sides of the Iron Curtain being replaced by identical doppelgangers, whose words and actions threaten to push the East and the West into armed conflict. An inexperienced young secret agent is teamed with a respected veteran and given the mission of finding out who is behind the plan and putting a stop to it before it’s too late. 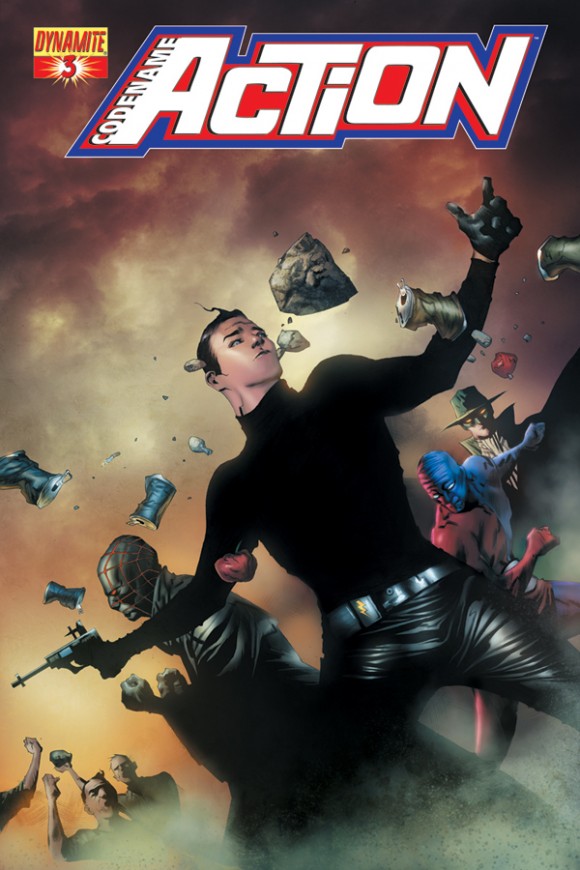 What should readers watch for in this issue and in the next few issues to come?

As we hurtle towards our conclusion in just a few issues (the series is a 6-parter), all our various characters are starting to come together. Operator 5 has been taken prisoner, and in searching for him, Operative 1001, his young partner, crosses paths with a French secret agent named Black Venus, who is on a mission of her own. World leaders, diplomats, and masked heroes all over the world are still being abducted and replaced with nefarious doppelgangers, but to what end? We’re about to find out! 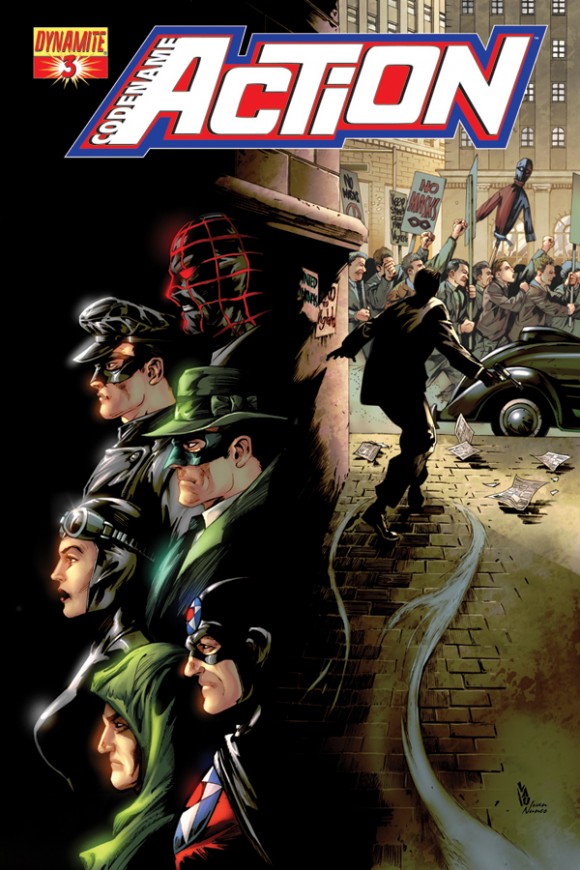 How did this gig come about for you? Were you a fan of the action figures? Do you have any?

Dynamite asked, and I answered. And having been born in 1970, I was too young to have an original Captain Action the first time around. I’ve been more than a little obsessed with the character since I was introduced to him by an article in an early issue of Amazing Heroes (magazine), and subsequently went hunting for back issues of the Gil Kane comic. Now, though, thanks to the generosity of (Captain Action maven) Ed Catto, I finally have Captain Action and Doctor Evil figures on my shelf!

And now, some terrific art from Jonathan Lau, for #4. I think if I could draw, it’d look something like this: 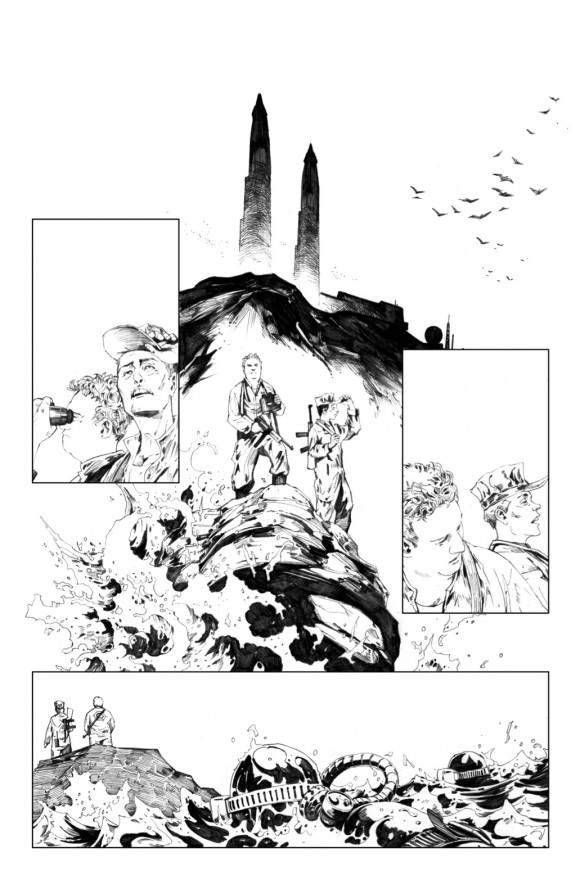 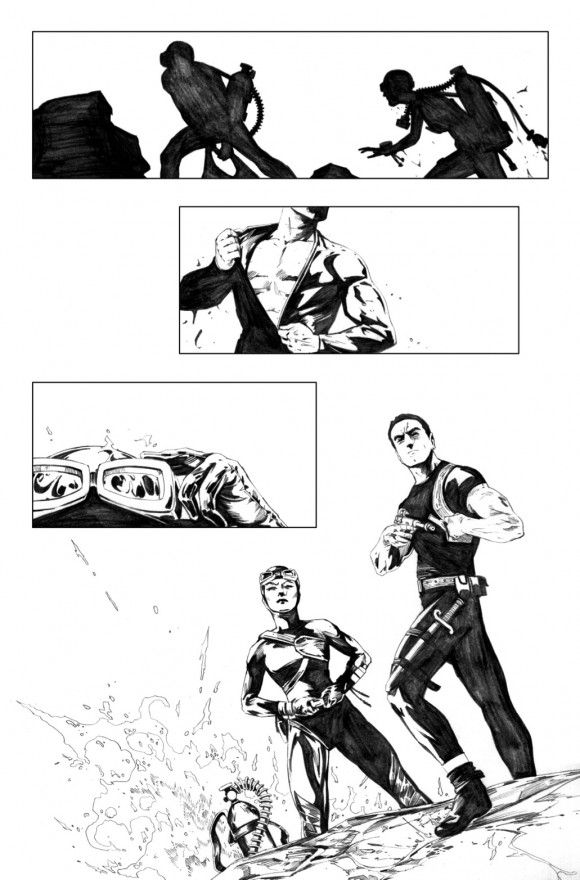 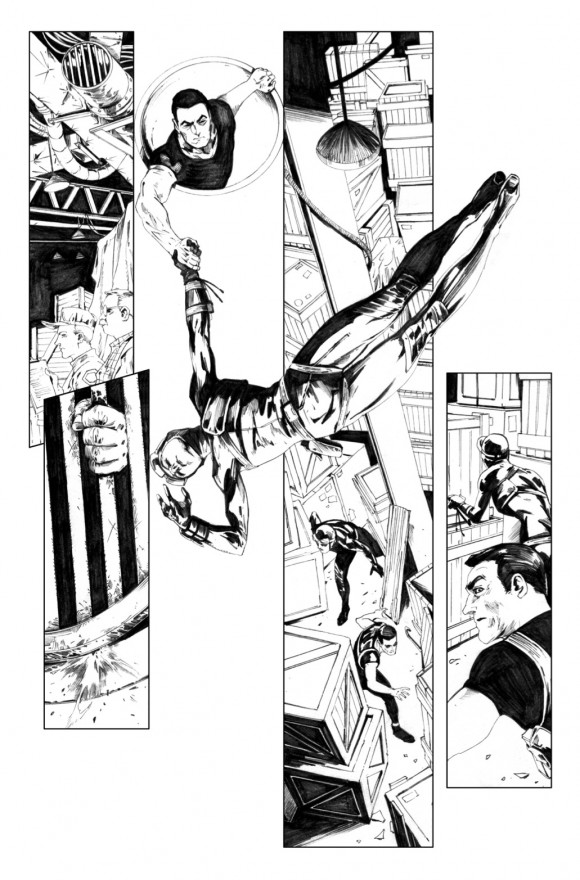 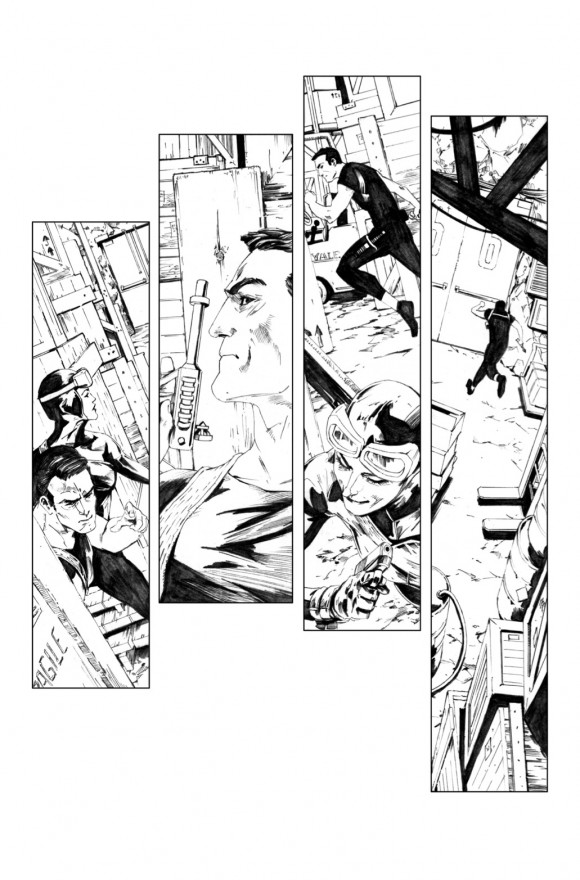 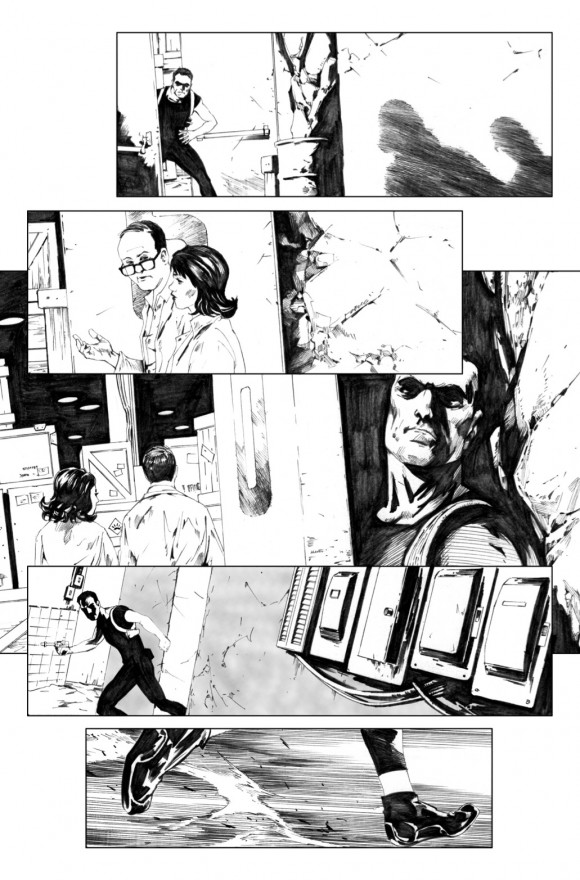 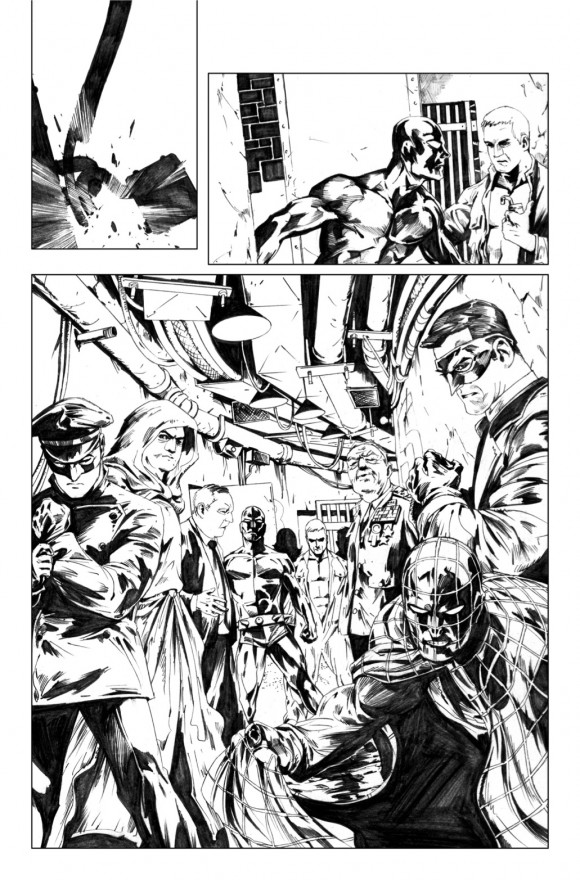 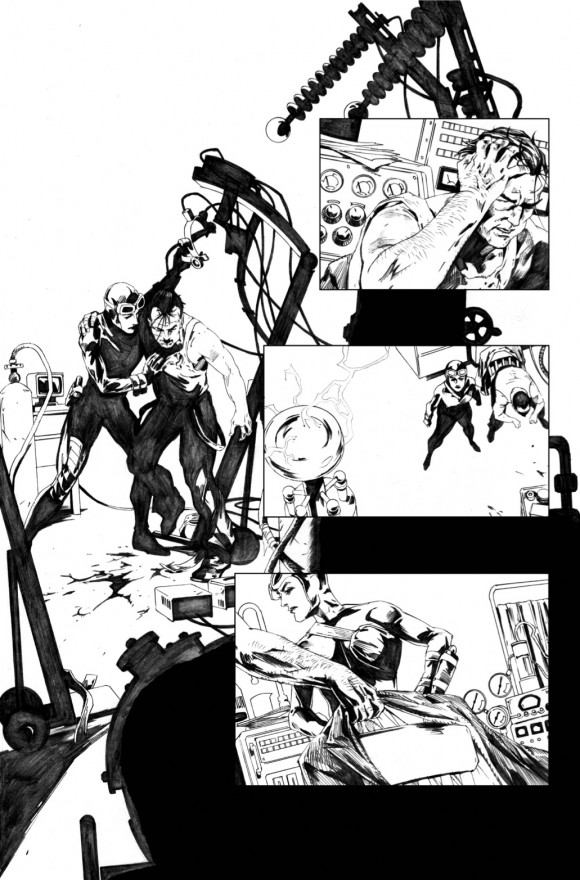 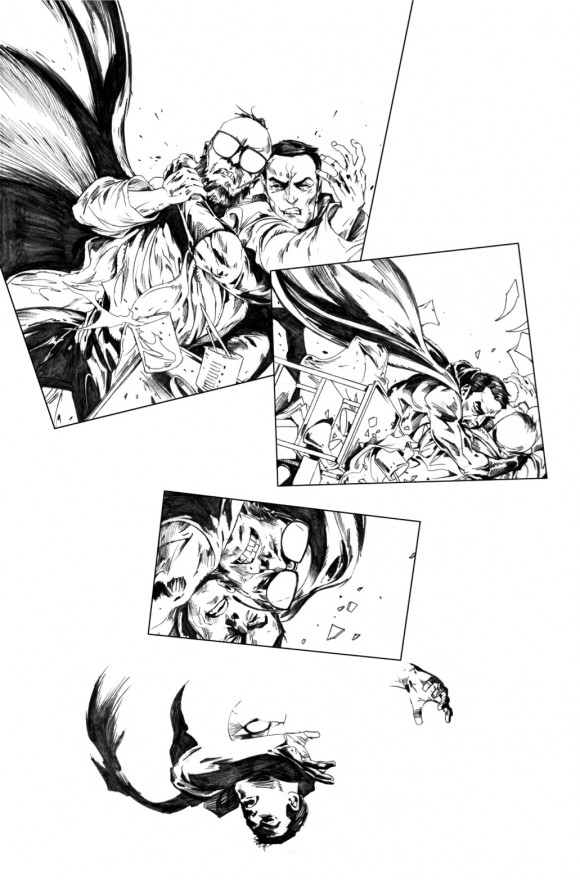