EXCLUSIVE: January’s issue takes you back to Secret Wars — and MORE… 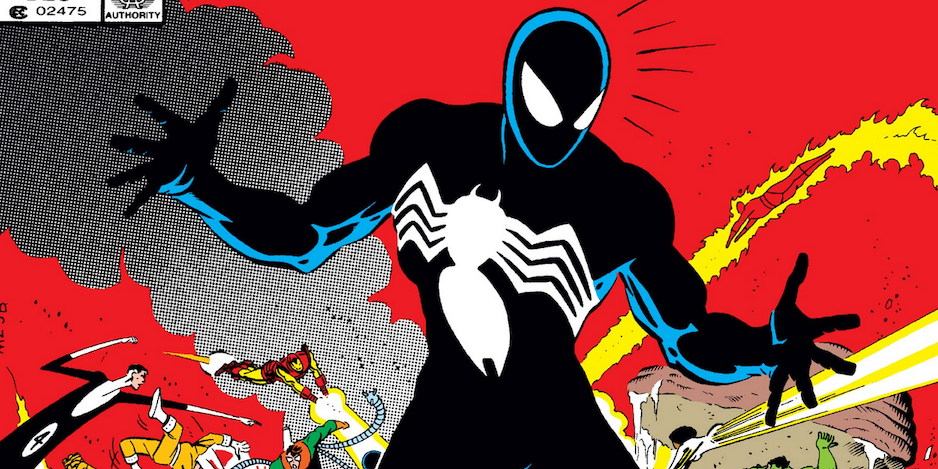 Dig the solicitation info, which will be officially released by Marvel later in October: 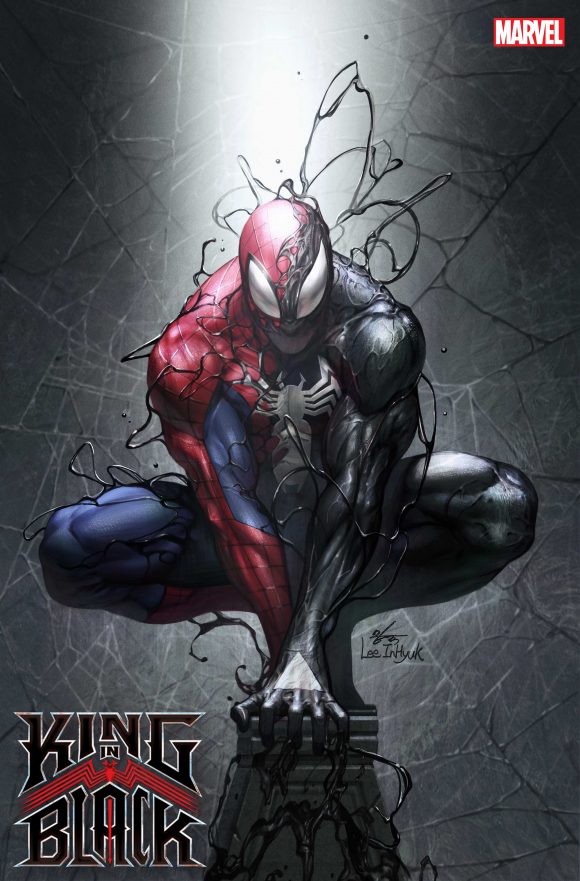 Go back in black with Spider-Man and his symbiotic suit as we celebrate the legacy of the House of Ideas with MARVEL TALES! This anthology series shines a spotlight on fan-favorite characters, features timeless stories and highlights some of Marvel’s most impressive talent from the past eight decades. First, amid the chaos of Secret Wars, there comes a costume in MARVEL SUPER HEROES SECRET WARS #8 from the titanic team of Jim Shooter and Mike Zeck! But there’s more to the outfit than meets the eye — as Spider-Man, the ferocious Puma and the Fantastic Four all discover in AMAZING SPIDER-MAN (1963) #256-258 by Tom DeFalco and Ron Frenz! Plus: A mighty Marvel team-up of legendary Spidey creators Dan Slott and Mark Bagley results in a poignant tale featuring the late, lamented police captain Jean DeWolff, from VENOM SUPER SPECIAL #1! 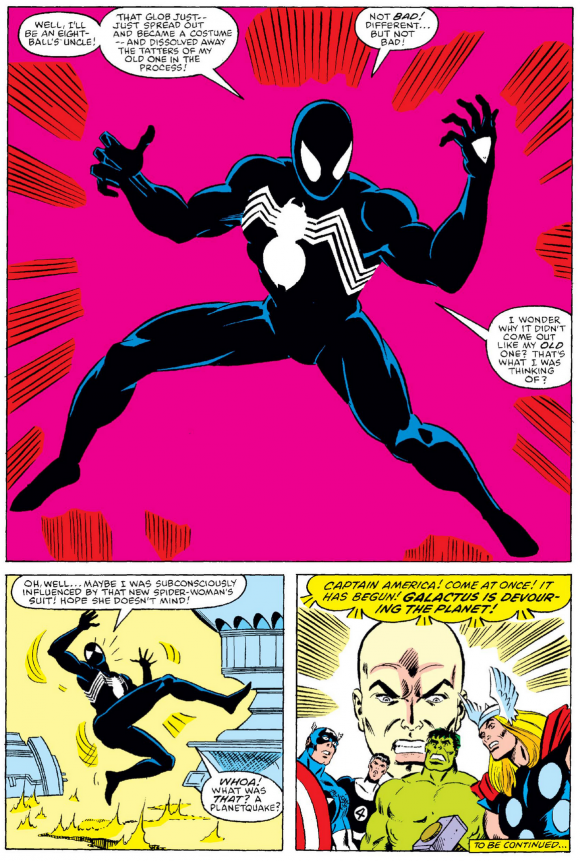 — The price and on-sale date have not been released yet but Marvel Tales issues usually go for $7.99.

— My son and I were just debating the merits of the various alt-Spidey suits. I still come down strongly in favor of the black suit. Great design.

–Don’t forget, the Official Handbook of the Marvel Universe returns in December with a King In Black-related special issue. (Click here for info.)