A SNEAK PREVIEW of The Sensational Spider-Man: Self-Improvement #1…

Hey, you know the story behind Spider-Man’s black suit, right? That a fan named Randy Schueller came up with the basic concept and a story pitch?

“Back in the early ’80s, Marvel ran a competition for aspiring writers and artists,” Schueller told CBR in 2007. “Being a life long Spidey fan with delusions of comic grandeur, I took a stab at a story idea. I thought it would be cool if Spidey needed to upgrade his powers and his look, so I came up with this idea that Reed Richards had made a new costume for Spidey using the same unstable molecules that the FF costumes are made of. The unstable molecules would flow into Peter’s pores and allow him to cling to walls better. I think my original idea was to increase his sticking power by 25% or something like that. …

“Anyway, I saw the new suit as a stealth version of the original costume — jet black so he could blend in with the shadows. At best, all you could see of him was the blood red spider emblem, emblazoned on his chest. (Yeah, in my design the spider was red, not white. I also gave him underarm webbing like in the original Ditko design.)” he added. 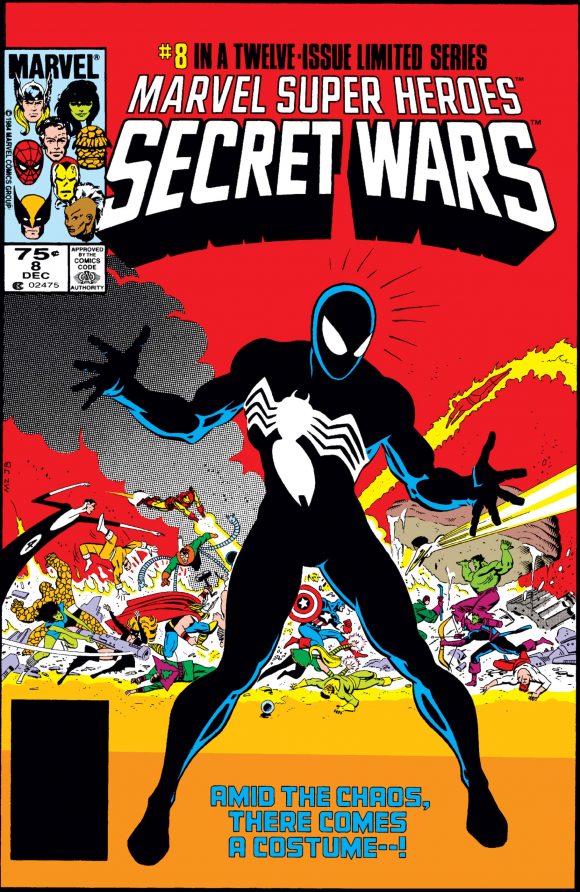 So in the one-shot, Schueller’s plot is adapted by the team of Peter David, Rick Leonardi, Victor Olazaba and Rachelle Rosenberg — and we’re tickled to present your EXCLUSIVE FIRST LOOK below.

Oh, and not just that: There’s also a SNEAK PEEK at the back-up feature helmed by Tom DeFalco, Ron Frenz and Chris Sotomayor — with finished art by none other than Sal Buscema. 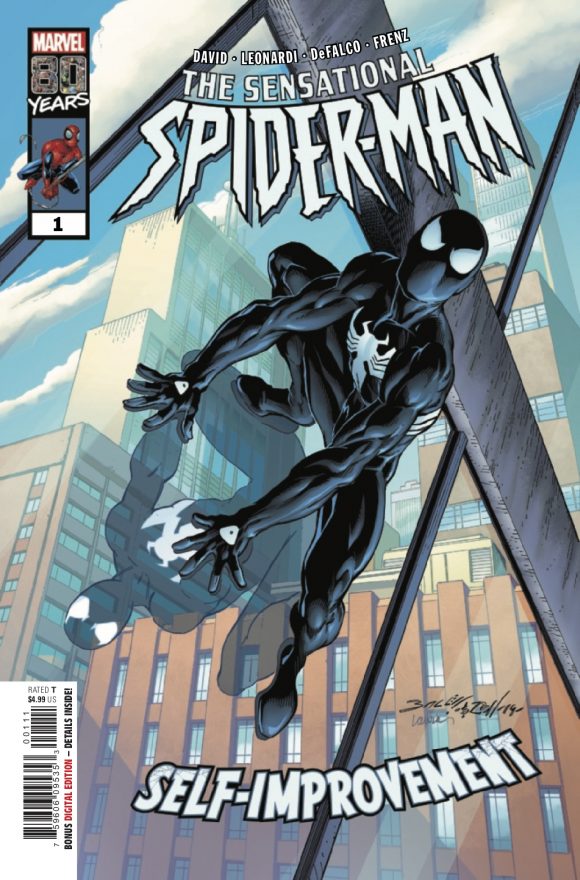 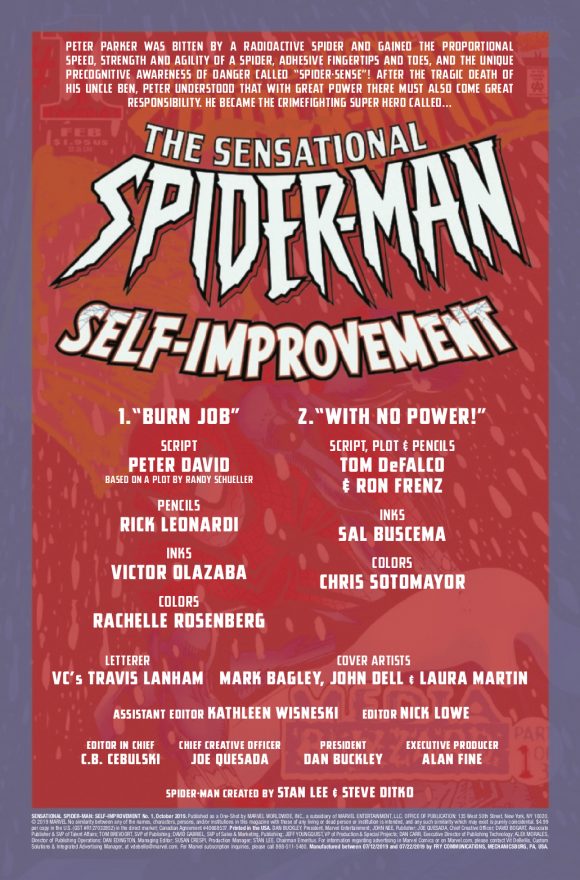 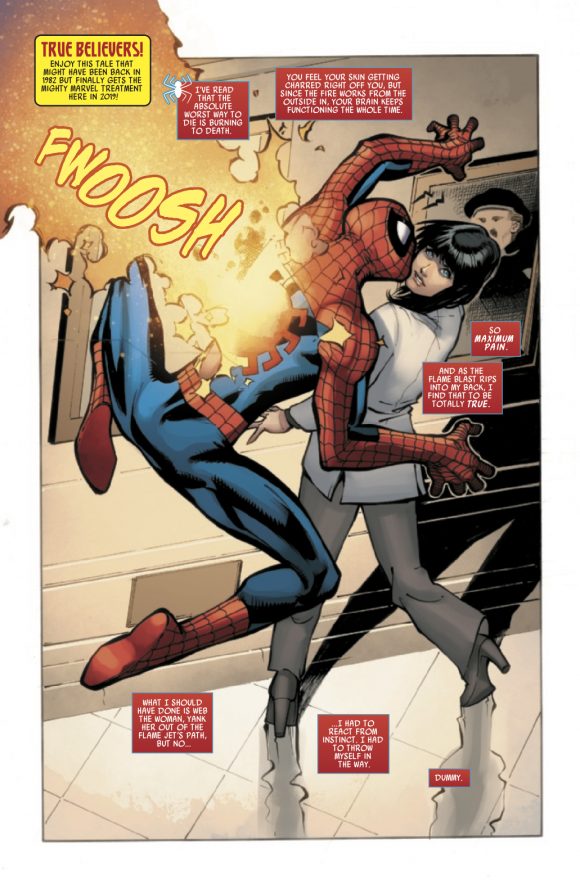 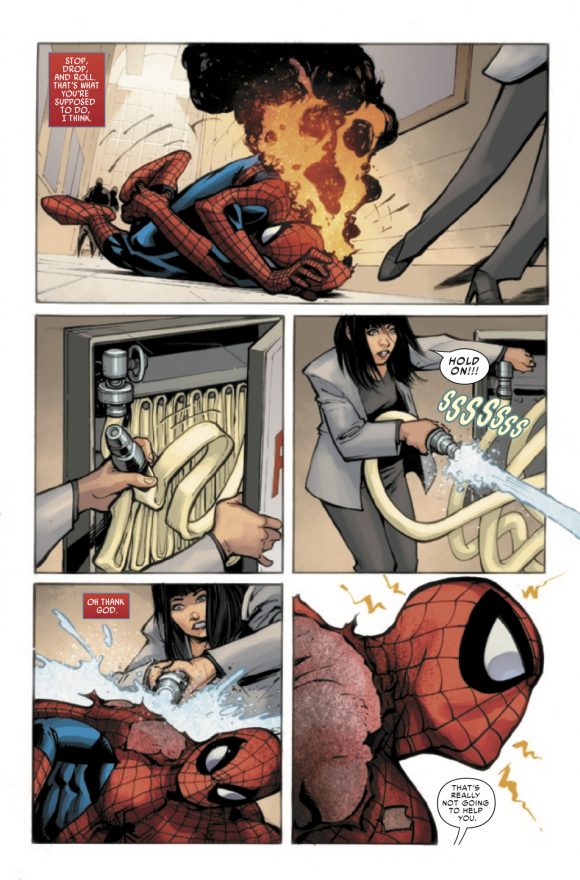 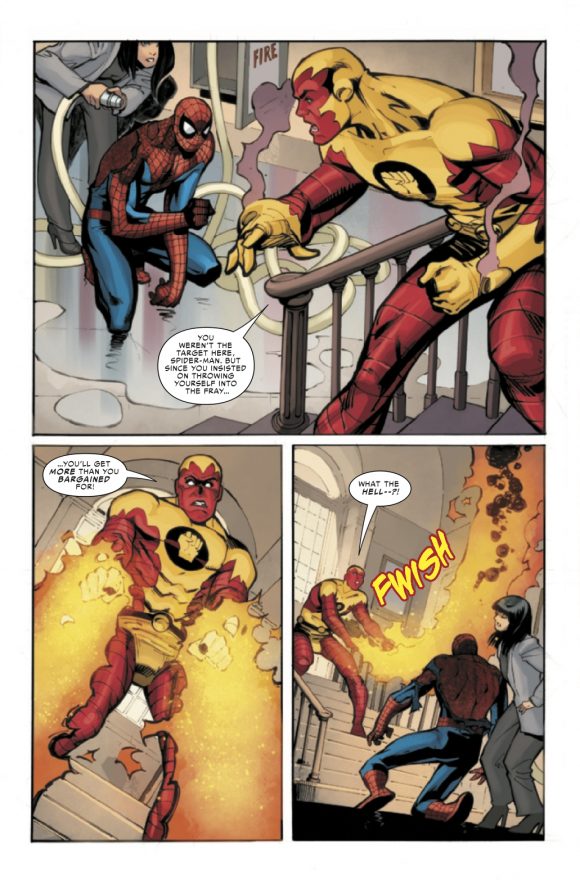 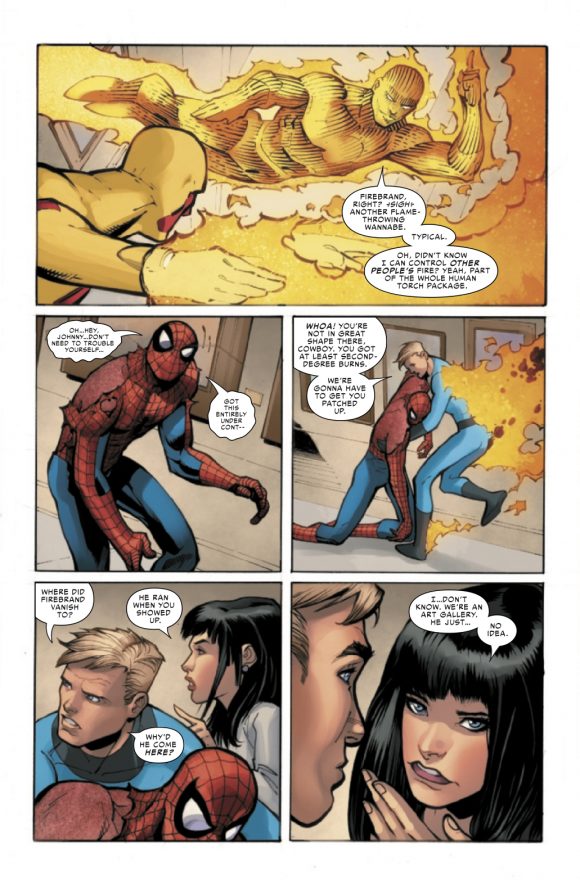 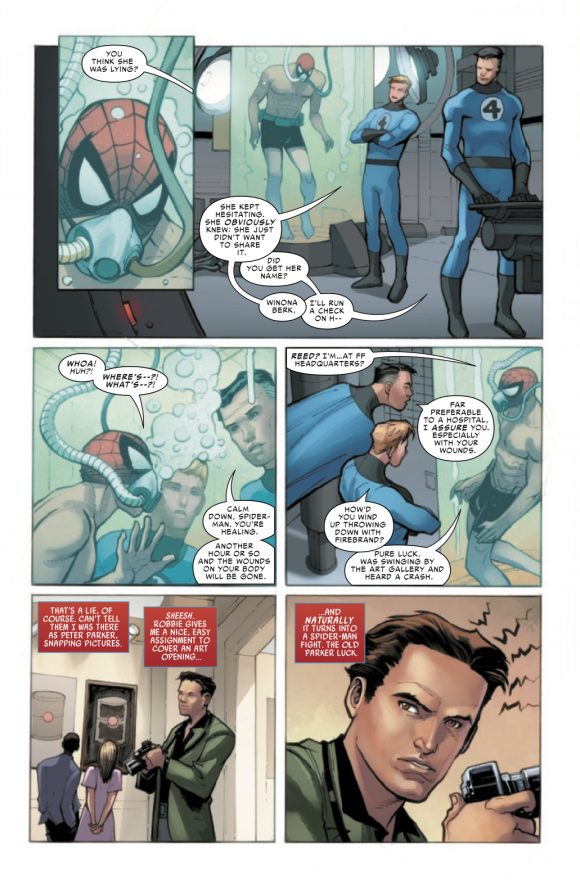 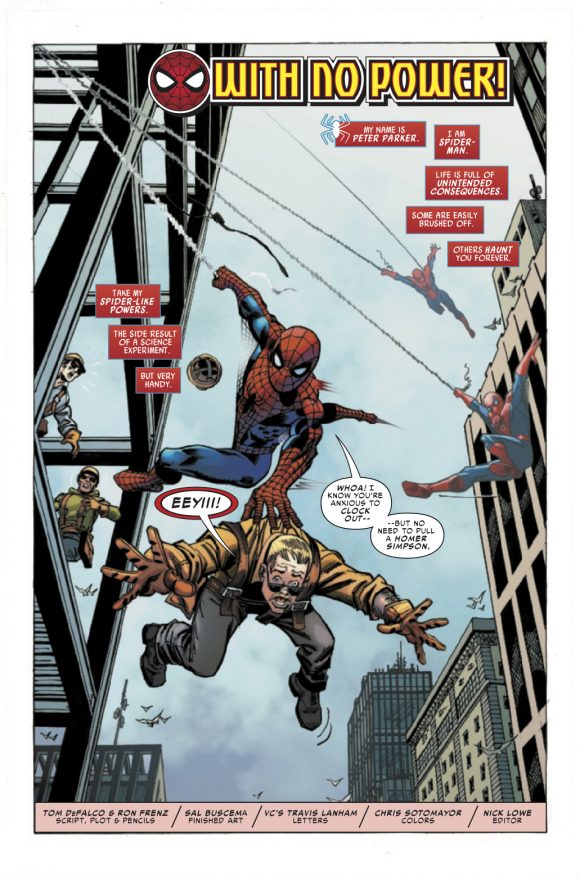