SPEEDY’S AN ADDICT: One of the most essential comics in history will get re-released — ads and all… 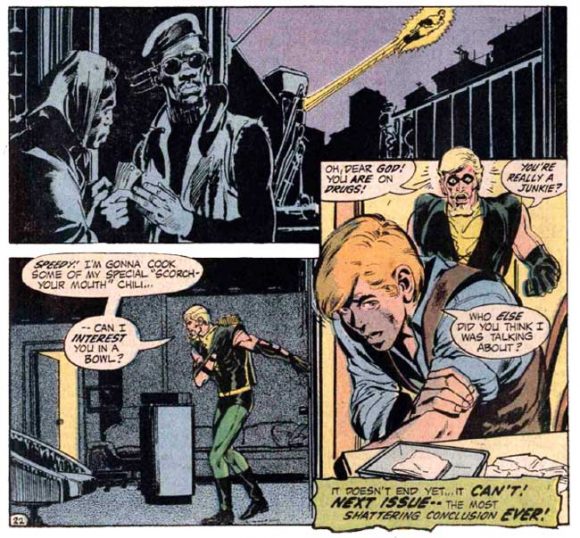 Denny O’Neil and Neal Adams’ landmark Green Lantern #85 — revealing that Speedy’s a heroin addict — will be reprinted as a full-on Facsimile Edition in November. 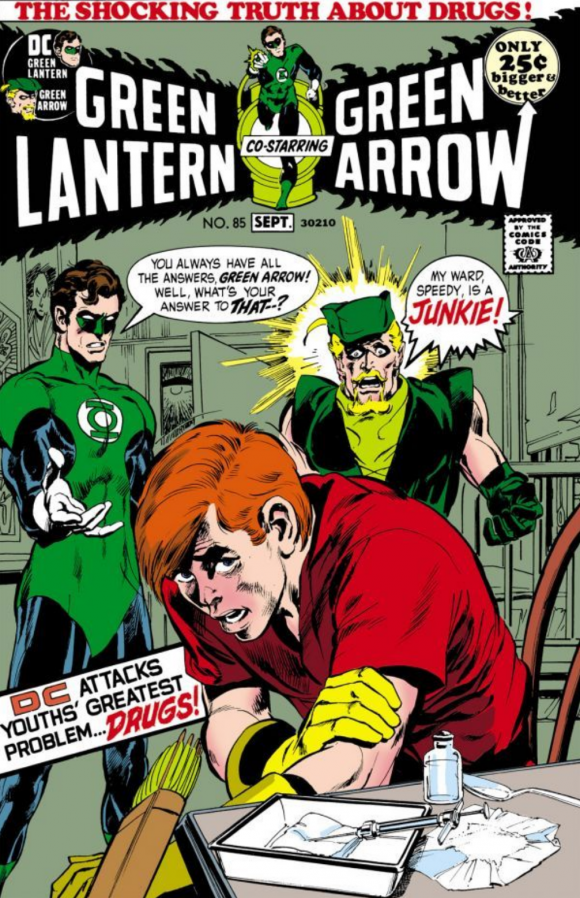 — In case you haven’t been following along, Facsimile Editions are complete reprints, featuring ads, letter columns and whatnot. DC is set to launch their line Aug. 21 with O’Neil and Adams’ Batman #232. (Click here for more on that.)

— Of the five that have been announced so far, three are by O’Neil and Adams — October’s Batman #251 being the other one on the list. (Click here for more info.) That’s not only somewhat surprising, it’s a tribute to just how essential their partnership was to DC history. And comics history, for that matter.

— The others in the line have all had specific pegs to other DC projects. This one, though, seems to be standing alone. Or maybe it’s because, as a friend says, “We’re all on drugs, man.”