Kids Are Too Sheltered Today? How Comic Books Can Help

Home » PREVIEWS » Kids Are Too Sheltered Today? How Comic Books Can Help

Teach your kids to journey into mystery! To be brave and bold — with comics… 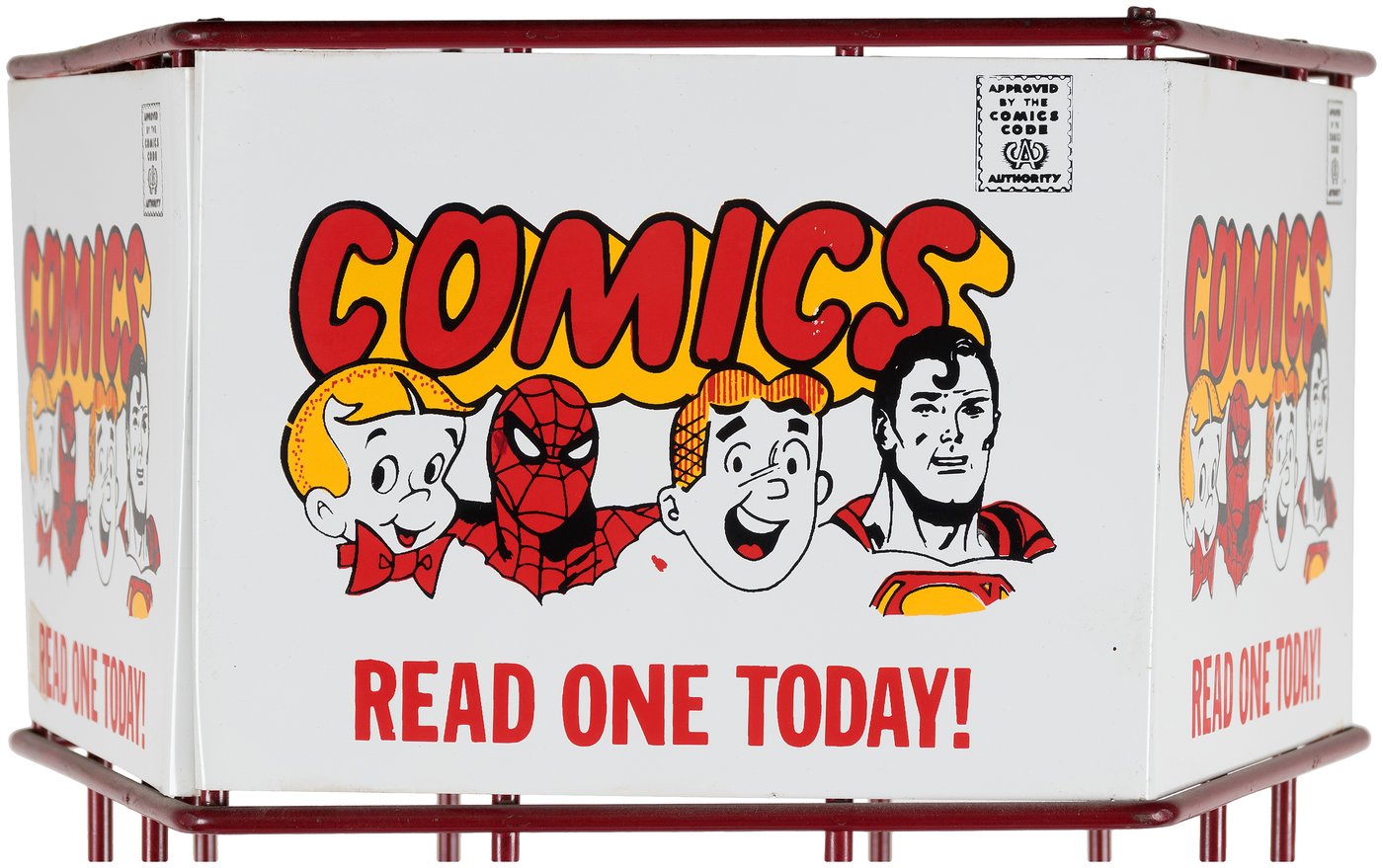 I was part of the first generation of kids in the ‘70s called “latchkey kids.” We came home from school on our own, played on our own, cooked on our own, got into trouble on our own, and even, yes, did our homework on our own – all before Mom or Dad got home from work.

It’s a different world now – and Emmy-nominated writer Chris “Doc” Wyatt of the TV shows Marvel’s Spider-Man and Transformers: Rescue Bots Academy knows it – and he’s done something about it: co-created with artist Chris Grine the graphic novel Alien Bones, which celebrates childhood freedom – and gives today’s kids reasons to be brave and bold.

So dig this piece about how comics can help sheltered kids step out from their parents’ shadows – an elegiac remembrance of a time when we rode bikes and built hideouts with abandon. — Dan: 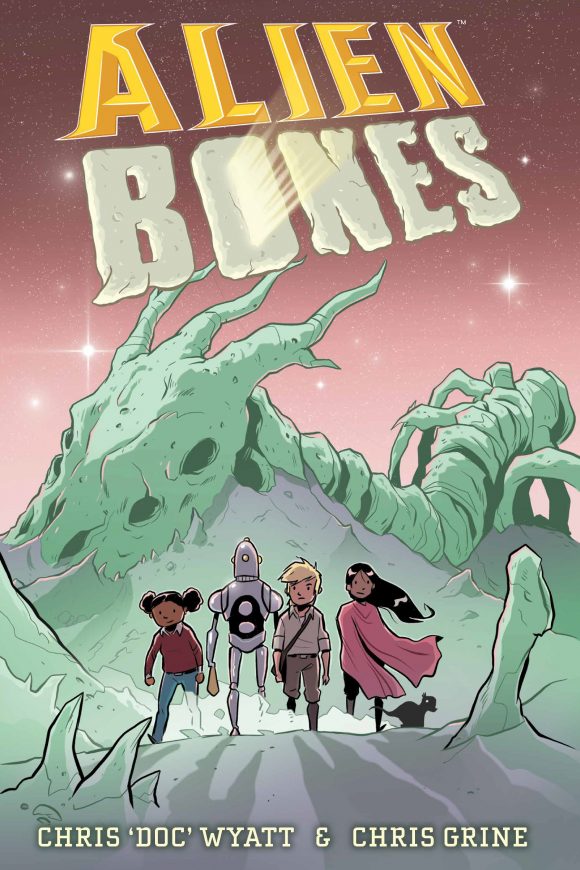 I wrote a graphic novel for my son because I never bought him a bike. Allow me to explain.

The book is called Alien Bones. It’s about a kid in the future who explores distant planets, digs up fossils of long-buried alien life, and battles evil from beyond the stars. This kid, who looks a lot like my son, finds himself alone after his dad goes missing, but he doesn’t freak out. Instead, he charts a path for himself through the universe.

At its core, Alien Bones is about getting together with a group of friends, meeting people who are different from you, then working together with those people to make a plan and save the universe.

When I was in 5th grade in the ’80s in suburban Atlanta, this was my after-school routine: I got off the bus. I used the key “hidden” under the mat to let myself into the house. I got a snack. I maybe did a little homework (maybe). Then I got on my bike and rode around my neighborhood, looking to see what kids were out and ready to play. 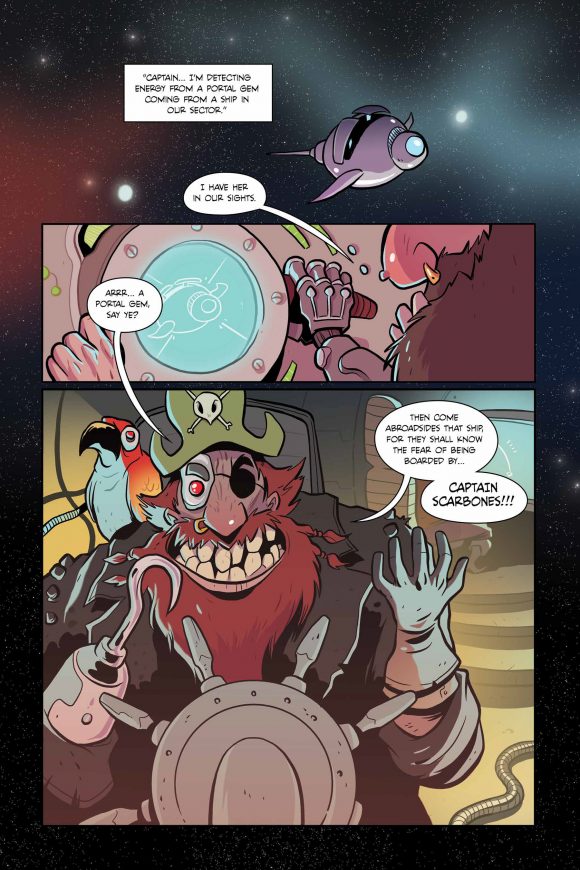 My neighborhood, according to a pair of carved wooden signs, was called “The Glens.” I didn’t know what glens were, but I was pretty sure we didn’t have any nearby.

On days when we’d built up enough courage, we’d make exploratory forays into other non-Glens neighborhoods with names like “Windsor Oaks” (which I’m pretty sure had no oak trees) and “Woodbine Station” (which had no station I could see). These places felt like completely separate universes.

Why did we go? Because they were there! And because we wanted to see what the otherworldly kids who lived there were like. What did they do for fun? What school did they go to? And what weird kinds of off-brand Kool-Aid did they drink? We were curious. 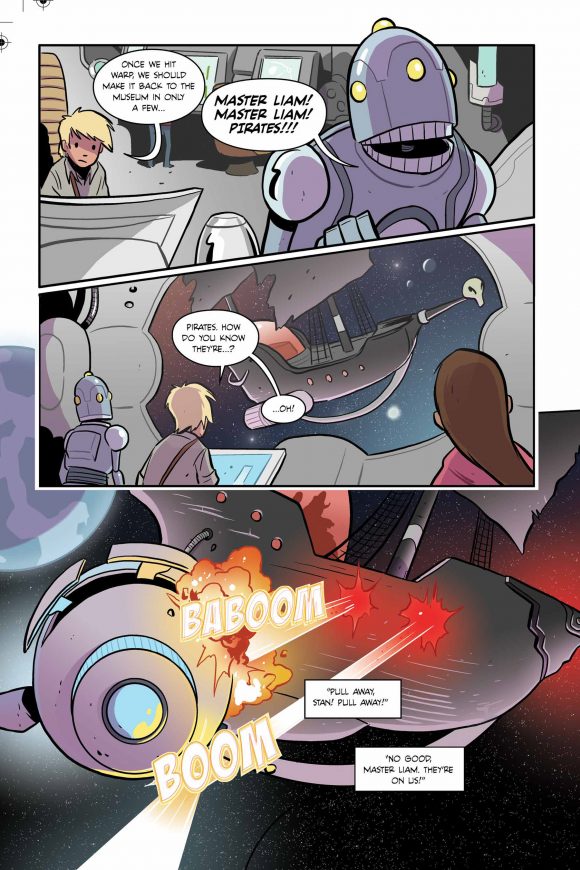 It was like foreign travel. We’d see that, although they did things in unusual ways, at the end of the day they collected the same Transformers we did (often losing Optimus Prime’s detachable hands, just like we did)—and so maybe people weren’t all that different after all, even if they came from faraway places, like other neighborhoods.

When the streetlights came on, we knew it was time to go home. We were expected. Back at the house, Mom had gotten back from work. She’d be waiting for me with dinner. She’d check any homework that I’d maybe have done (maybe), and then I’d watch a little TV before bed.

It seems almost quaint now, but at the time it was just life. 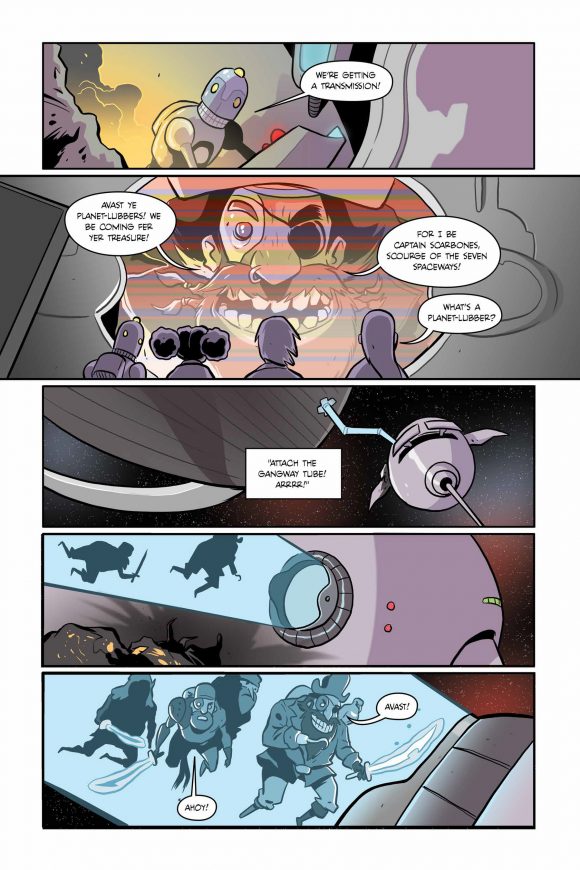 I credit that independent time running around the neighborhood—forced to make up my own plans, manage my own time, and find a purpose for otherwise purposeless afternoons—with helping me develop the skills I’ve used as a filmmaker and freelance TV writer/producer.

Generating TV/film projects and bringing them to deadline isn’t all that different, in a certain way, from putting together a crack team of kids from the Glens to run a research mission into Woodbine Station.

Fast-forward to now. My son recently finished 5th grade. He did NOT run around until dark in our neighborhood, because—you know: danger!

He did NOT go by himself into other neighborhoods. He didn’t make friends (or sometimes enemies) with kids that went to other schools. He had carefully scheduled and supervised playdates with friends he already knew.

I’ve never even bought him a bike. 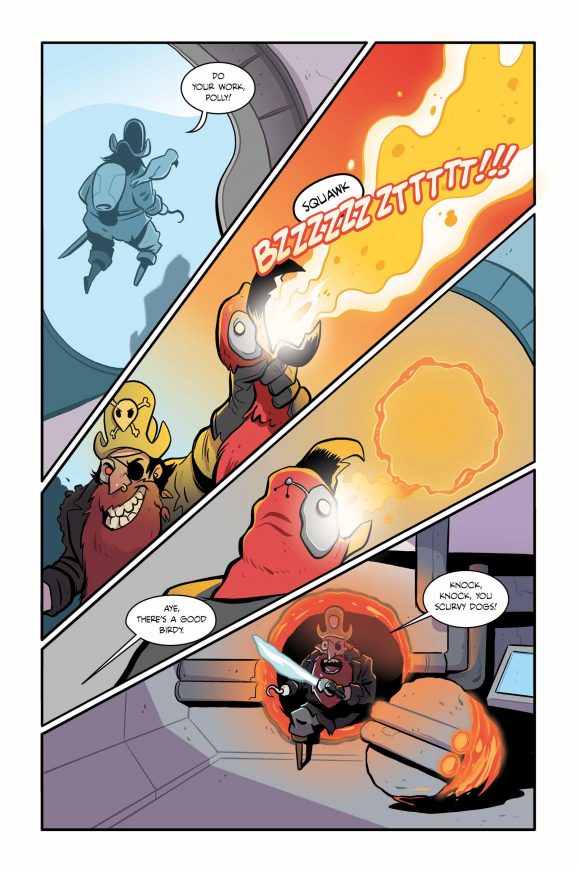 Why didn’t I put just push him out into the street to go play? Because of kidnappings, and mass-shootings, and catfishing, and other horrible stuff! We don’t live in a tough neighborhood or anything. I mean, we’re walking distance to a Target on one side and a Starbucks on the other. No gang activity. We’ve got a couple of homeless encampments a few blocks over, under the highway overpass… but only a couple, so for LA that’s pretty good.

To be honest, I’m not even sure it’s true that the world is more dangerous these days than when I was growing up. I mean, I was a kid when the Atlanta Child Murders were happening. But still, if I saw a 10-year-old alone, ambling around my 2019 neighborhood, I’d be like: “Where’s that kid’s parents?”

Yeah, my son rarely gets the kind of unstructured, independent time that I did. So what can I do to help him find that sense of discovery, that love of exploration, and that willingness to meet new people that I got from my youth of suburban delinquency? 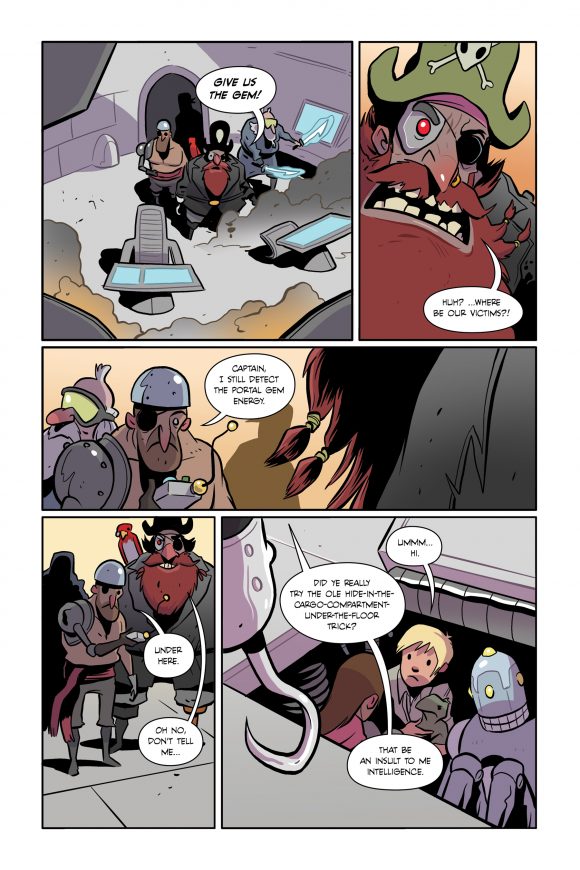 Well, I wrote him a comic about a strong kid, one I think he’ll identify with, who goes on an unsupervised adventure. And I try to expose him to books, movies, and other art with similar themes. Art is good, but experiences are better. When my wife and I set up those scheduled playdates, we try to make them as loose as possible, letting my son and his friends decide their schedule and what they’ll do. We encourage him to organize his own summer camp, inviting friends over. We also try to travel as a family. We go to events in the community that expose us to new things and help us learn. We keep moving.

I loved my childhood. But as a dad, and now as someone past 40 (yikes!), I’ve decided to not be one of those people who, out of nostalgia, tries to make their kids have the same exact childhood they did, going to the same schools, the same camps… He’s got a childhood that’s different than mine. Some stuff is better, some stuff isn’t. 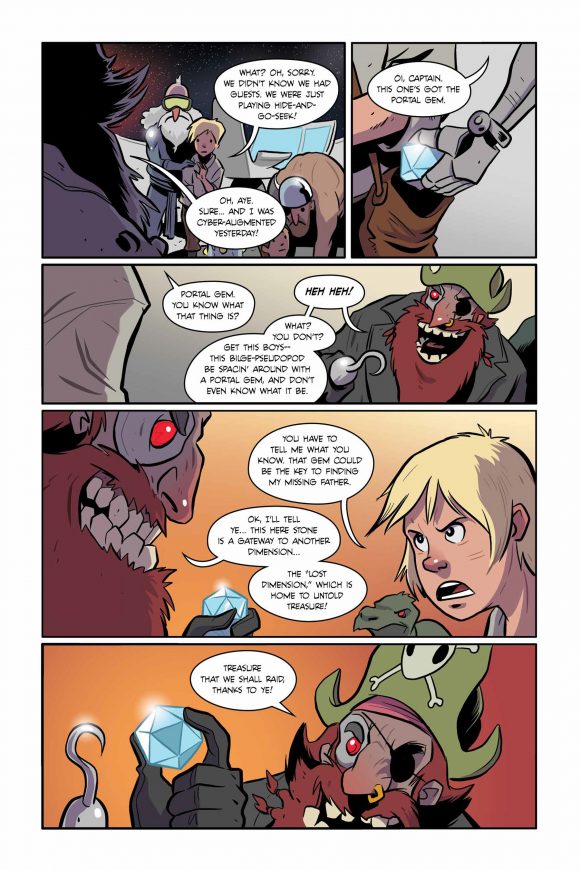 He’s got nowhere to ride a bike. That sucks, but it is what it is.

On the other hand, I never had escape rooms, VR arcades, parkour/free-running classes, or school robotics clubs. It isn’t all bad for him.

Even as different as his childhood is from my own, I’m going to do my best to help him grow his natural sense of curiosity, wonder, creativity, and adventure.

Chris “Doc” Wyatt is a TV/Film writer/producer. Wyatt and his partner, Kevin Burke, are head writers of Marvel’s Spider-Man airing now on DisneyXD, and Executive Producers of Transformers: Rescue Bots Academy on Discovery Family Channel. Wyatt and Burke shared an Emmy-nomination for Marvel’s Rocket & Groot. Wyatt was also a producer on the indie comedy classic Napoleon Dynamite. Wyatt’s all-ages graphic novel, 1First Comics’ Alien Bones, is out now at comics shops and will be available Oct. 17 at Amazon.com.