The Greatest BATMAN Costume a Kid Could Have

The clothes do make the lad…

There are certain things in your life that take on a greater significance as the years go on, even if at first you couldn’t possibly see it.

Today is Halloween and over the last couple of weeks we’ve brought you 13 DAYS OF HALLOWEEN: A BEN COOPER A DAY, celebrating the awesomely kitschy costumes of decades past. Cartoonist Chris Ecker of Knight Watchman provided most of the pix — and one of them jumped out at me as I perused his collection. 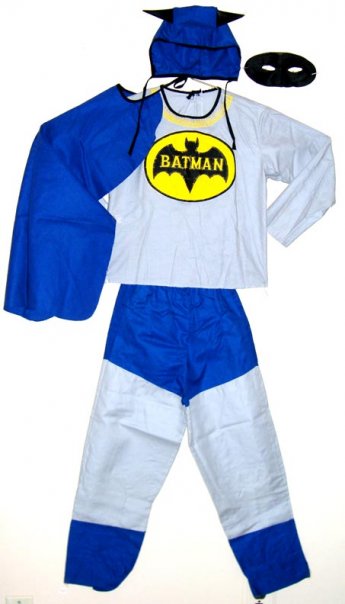 I had one just like this and all that survives is the shirt, which is in excellent shape, I’m happy to say. 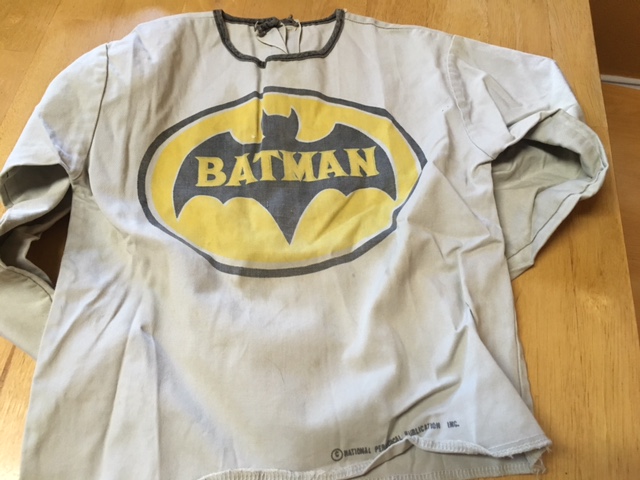 Obsessed as I was with all things Batman — especially the Adam West TV show — I lived in this costume from, say, 5 years old until it no longer fit. This was not a Halloween costume to me. This was a Batman costume and I wore it as often as I could. 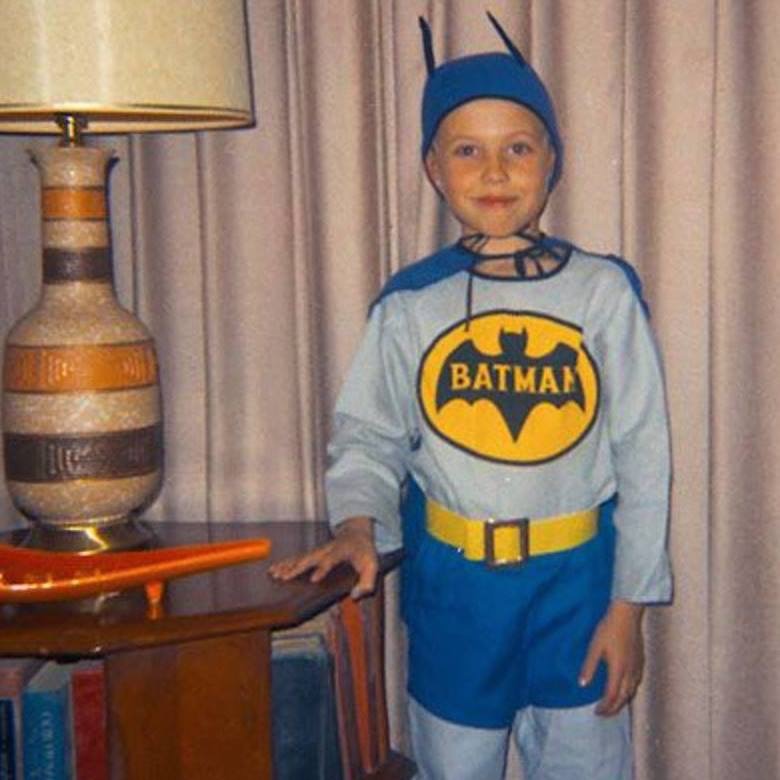 And here’s 13th Dimension contributor Rob Kelly, with a variation: 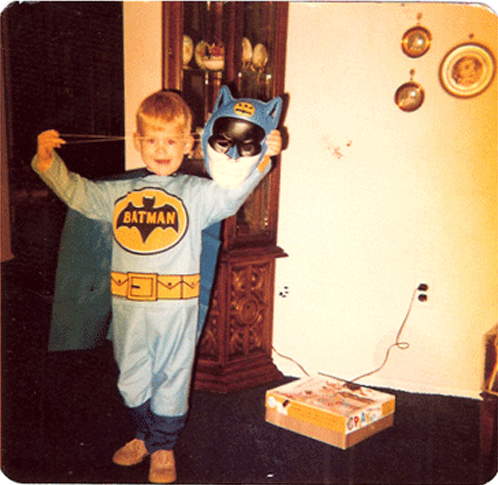 For me, the first thing to disappear were the pants — they got torn pretty quickly. I improvised by taking a pair of dark blue slacks and putting on a pair of tighty-whities over them. (I wasn’t too troubled by the inversion of hues.) I added a pair of black rubber boots.

The belt vanished too at some point, replaced by a leather one. For gloves, I added a pair of brown leather numbers. I used to chew on the tips until my mother warned me I’d get “leatheritis” if I continued.

The cape lasted, though the hood and facemask disappeared. I was pretty careful with my stuff but I wore this thing so often that it’s no surprise that parts of it would vanish or wear out.

And I don’t just mean I wore it around the house either. I wore it anywhere I could — until it wore me out: 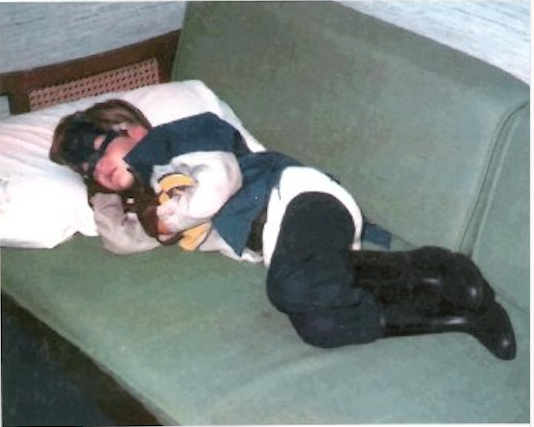 My mom would take me to the supermarket and there I’d be in the produce section, wandering through the aisle. A clerk would inevitably ask, “Hey, Batman, can you fly for me?” And I’d answer, deadly serious: “Batman doesn’t fly.”

Or someone else would ask, “Hey, Batman, where’s Robin?” And my stock response was, “He’s doing his homework.” 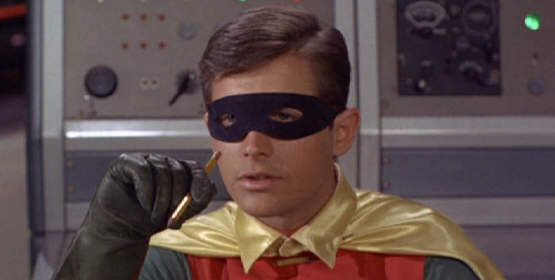 That my mask vanished wasn’t a problem because my mom went on a vacation to Mexico and brought me back a plastic mask straight out of the Adam West school: 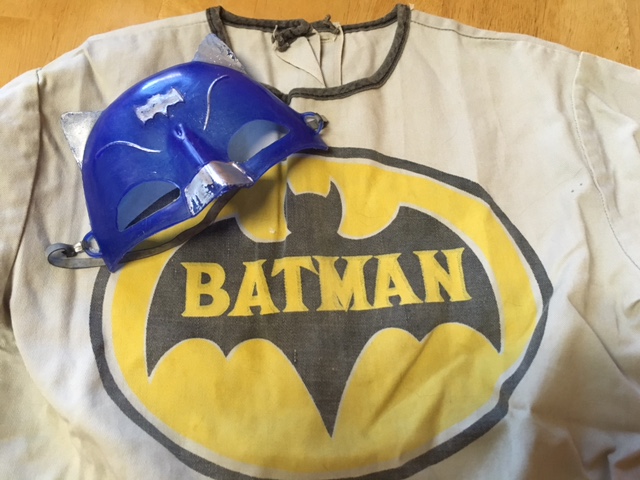 I had to live with that bat on the forehead but the paint eventually wore off so it wasn’t quite so noticeable.

And, amazingly enough, I was able to track one down from a Mexican seller on eBay not long ago. Great price, too. That’s the one in the picture above.

Eventually, I grew older and had a family of my own. By the time my son, Sam, was a toddler, Ben Cooper had vanished.

So I went with the next best option: 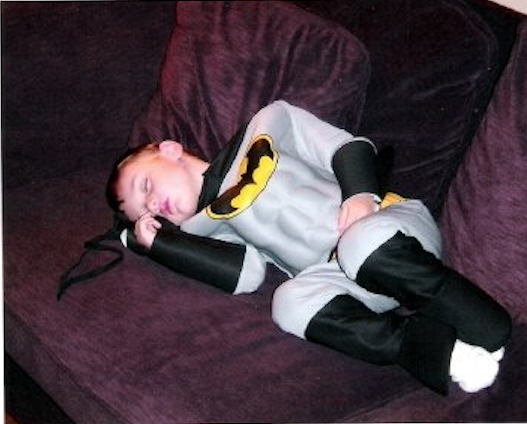 These days, I make do with a Batman T-shirt or three and that’s fine. I still get a thrill whenever I put one on.

Me, Sam and Capt. Eugene Nock in the cockpit of the original Batcopter. This was years ago.

Then again, I do have this awesome thing that I wore during an organized bike ride upstate: 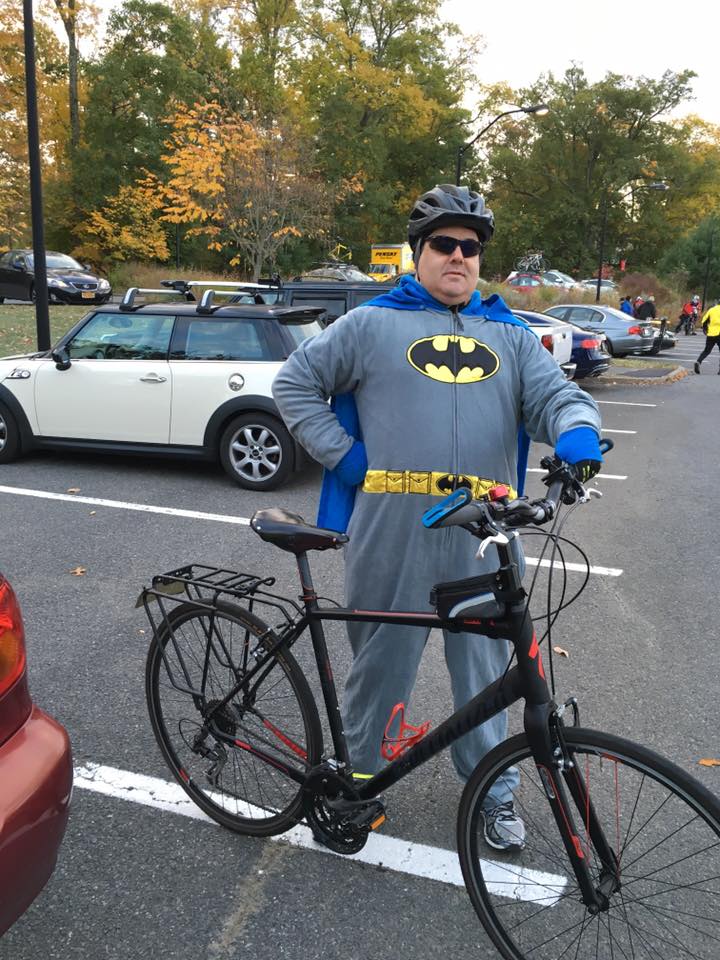 Not the most flattering picture, but you gotta give it all for art, amirite?

Anyway, last weekend, I put one of my T-shirts on for a Halloween party at a friend’s house. I added a cape I’d picked up at some point and a collectible Adam West-style cowl. I didn’t really match but I didn’t care. It was a last-minute decision, for a laugh.

Off I went with my wife, Wendy. Sam had to stay at the house because he had things he needed to do.

And wouldn’t you know it, someone at the party who I’d never met before asked me, “Hey, Batman, where’s Robin?”

And I answered, “He’s doing his homework.”

Only this time it was the truth.