JOHN ROMITA: What It Was Like Working on the Groovy SPIDER-MAN ‘ROCKOMIC’

Home » ACTION FIGURES & MERCH » JOHN ROMITA: What It Was Like Working on the Groovy SPIDER-MAN ‘ROCKOMIC’

Earlier this month, we re-presented a column on the classic 1972 Spider-Man “Rockomic” From Beyond the Grave! to mark the death of character actor Rene Auberjonois, who gave voice to Spidey/Peter Parker on the LP record. (Click here.) 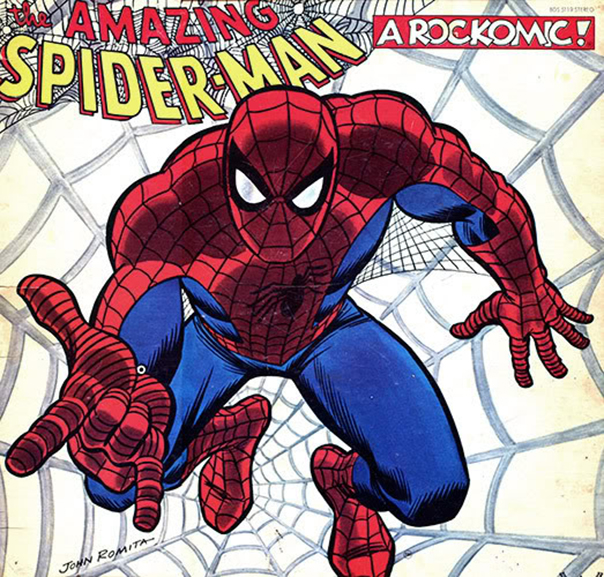 As it happens, we were already planning a TOYHEM! feature excerpting Jon B. Cooke’s interview with John Romita Sr. from the current Comic Cook Creator #21, in which the famed artist takes you behind the scenes of the groovy record album. 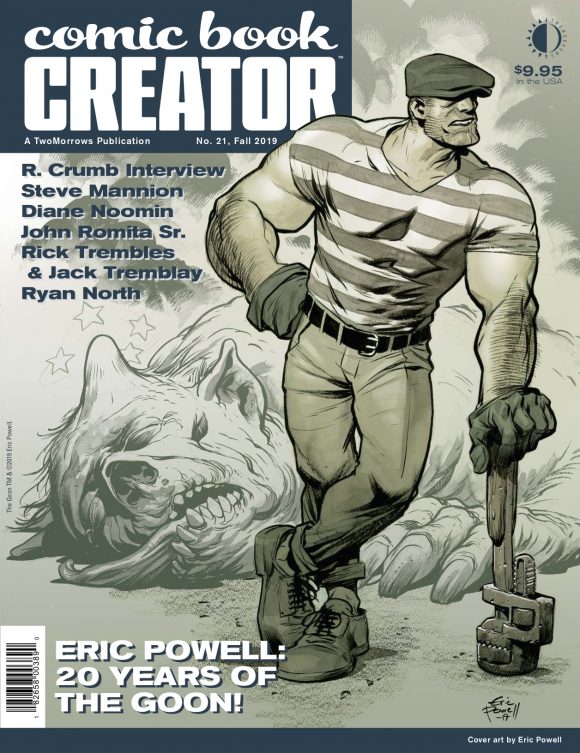 This is actually the second excerpt of the interview we’ve run. In November, we featured a piece about how acclaimed comic-strip creator Milton Caniff helped inspire the death of Gwen Stacy. (Click here.)

Jon B. Cooke: Was it your idea to bring in Doctor Strange?

John Romita: You know, I don’t know. I think that might have been the kind of thing Stan would bring in. I probably would not have thought of it. I think that’s why we worked so well together, because he had a knack. A lot of times I would ask to introduce a character, but most of the time when he had a secondary character in there it was to do a two-parter. He wanted to make them both separate so we could have a different character on the cover for each book. It was strictly market-driven. (Laughs.) 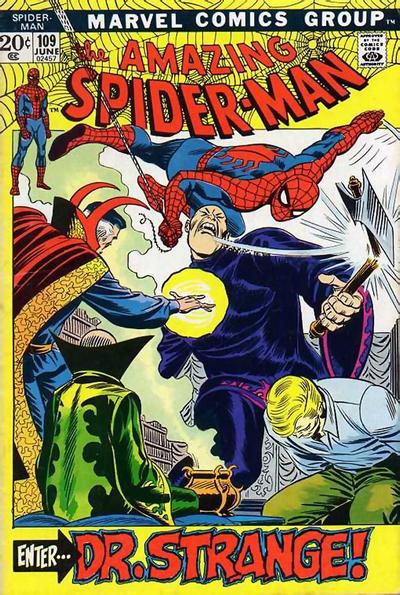 Cooke: For the Amazing Spider-Man Annual #2, Ditko teamed up Doctor Strange and Spider-Man for a very memorable issue, and to see that team return under you, as a very enthusiastic artist working on this… I guess I’m just making a statement… It was wonderful to see those two trademark characters put together, this time under the Romita stylings.

Romita: And I loved Doctor Strange. The only thing I hated, all of the costume details were time-consuming!

Cooke: It’s interesting that very soon after you did this pair of issues—the Spider-Man issues with Doctor Strange—this “rockomic” came out that you did the art for, for the album cover, and Doctor Strange was a part of it! It almost seemed like it was bouncing off of this issue of Amazing Spider-Man. Was that your memory of that?

Romita: You know, I’m trying to remember who wrote that. The guy who conned me into doing it, that album cover and the two-page thing where you follow the story with the pictures while you were listening to the recording. I think the guy’s name was Steve Lemberg. And he was a guy producing record albums. It may have been his plot. I’m not sure. There was no writer’s name on that I don’t believe. I believe he did write it… And the thing is, it was a great guide. (NOTE: Lemberg was credited. — Dan)

When he gave me the plot and the dialogue, I didn’t get the dialogue. There were only titles of individual titles on the end of the page. Yeah, it was a big help to me, because I didn’t have to frame it. He framed it and I put all the details in there. That was quite an experience. That’s the only thing I ever colored for myself.

Cooke: So that is your coloring! I was gonna ask that. That’s a nice job.

Romita: Yeah, I did the coloring on that myself and to this day I cringe every time I see my blue lines were never erased on the (front) cover. (Laughs.) I left the blue lines showing through. 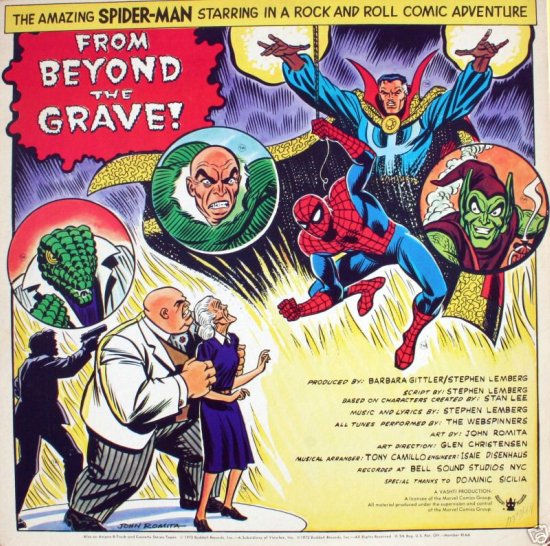