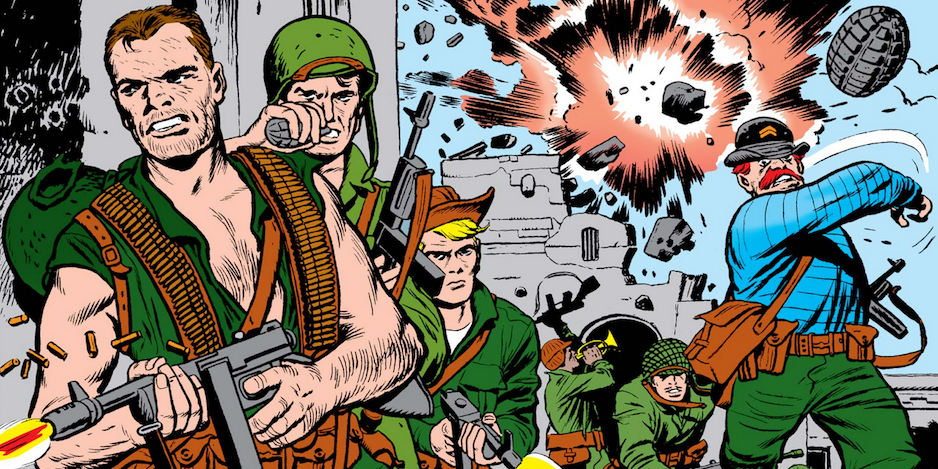 OK, OK. We all know Jack Kirby’s superheroic creations. So much of the Marvel Universe can be traced directly back to him.

But a lot of readers forget that Kirby was a major contributor to war comics and that he and Joe Simon launched the romance-comic genre with 1947’s Young Romance for Prize Comics.

Now, Marvel is planning a hefty volume in 2020 highlighting war and romance comics the King produced for the publisher, according to an Amazon listing.

Check out the official description of the Marvel Love and War by Jack Kirby Omnibus: 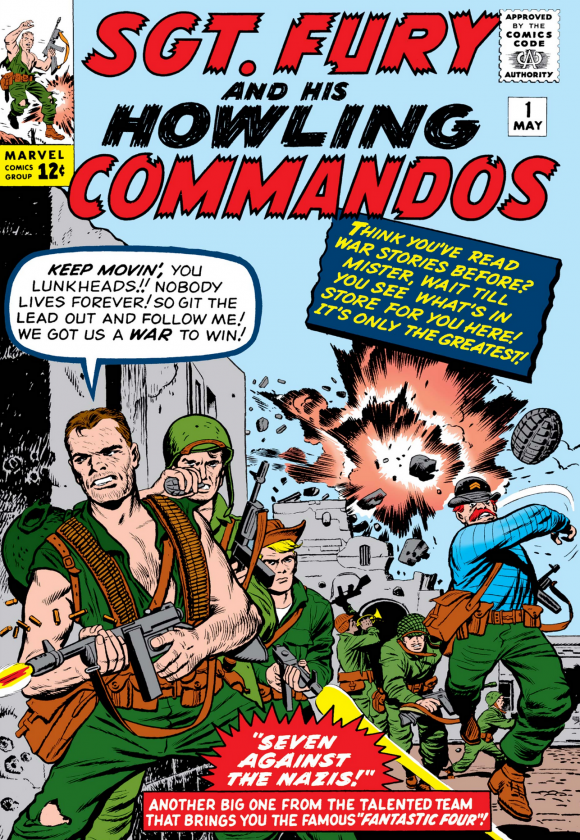 King of the comics art form, Jack Kirby needs no introduction. He was an architect of the Marvel Universe, but his contributions to Marvel extended far beyond just super heroes. Highlighting two sides of the human condition, Kirby’s war and romance work finally gets its due in this omnibus edition. A combat soldier during World War II, Kirby brings hard-earned realism to stories from BATTLEGROUND and BATTLE. Atlas-era Cold War intrigue manifests in the adventure comic YELLOW CLAW, while Kirby and Stan Lee bring the war genre into the Marvel Age with SGT. FURY. On the other end of the spectrum are tales from vintage Marvel romance titles-many restored directly from Kirby’s original art-that prove that love is war! 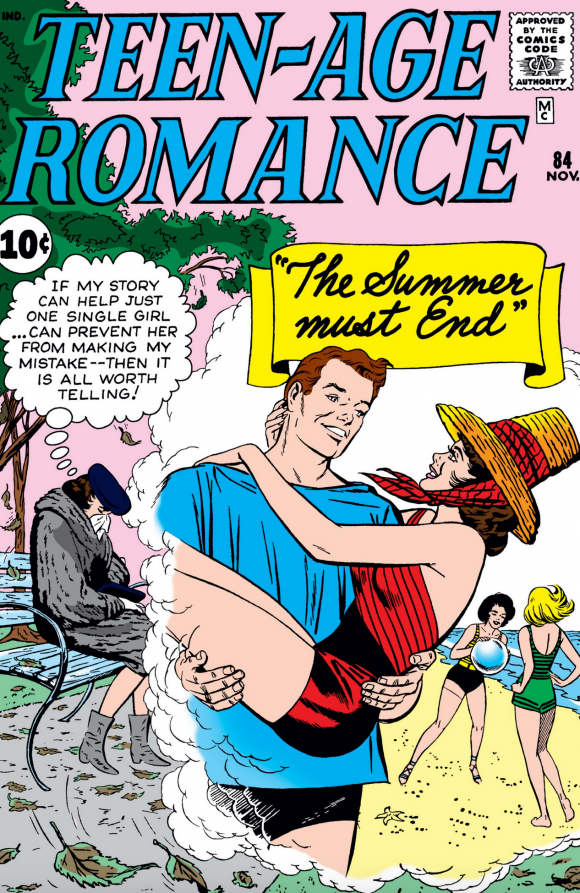 — The 592-page hardcover lists for $125 and is due in the bookseller market Dec. 22. (That usually means earlier in comics shops.)

— The listing didn’t include any artwork, so I just picked these covers to illustrate this post. Dig?