It’s Time to Retire TIM DRAKE and JASON TODD and …

You kids get outta my Gotham!

UPDATED 9/3/16: There’s been a lot of speculation the last couple of weeks about the fate of Tim Drake, which evidently will be at least partially revealed 9/14 in Detective Comics #940. A lot of the buzz has been coming from, as it often does, Bleeding Cool, and you can check out what Rich Johnston has been up to, here. 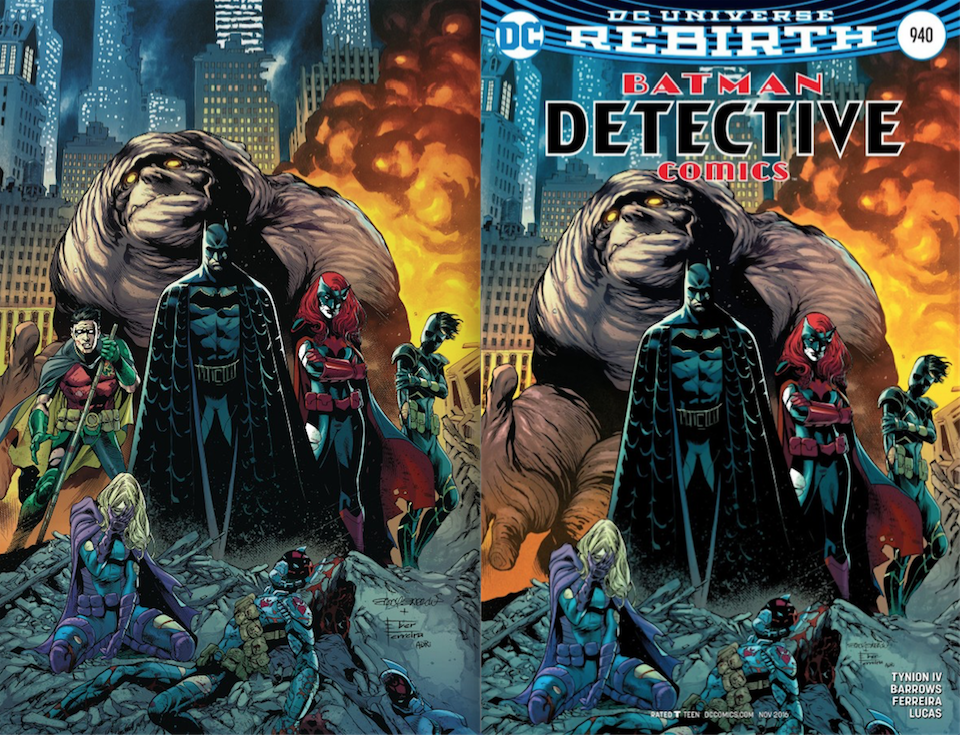 Compare the rendering on the left with the one on the right. Where’s Tim? In that suit…?

I’m of the mind that Tim will not be killed but will be the new Oracle. And, my lord, I am totally down with that. I have been saying over and over that Batman’s got too many costumed buddies running around, especially former Robins.

I also still think there’s room to cut even more from the roster, but that seems unlikely.

Nevertheless, check out what I recently wrote on that subject below, and you’ll see what I mean …

Of all the big Rebirth developments, I’ve been especially excited about the return of the original Wally West and Donna Troy. They were two characters who never should have been cut from the DC Universe when the New 52 hit almost five years ago.

On the other hand, I find myself increasingly irritated by what’s been going on in Gotham City for some time now: A slavish devotion to legacy characters. 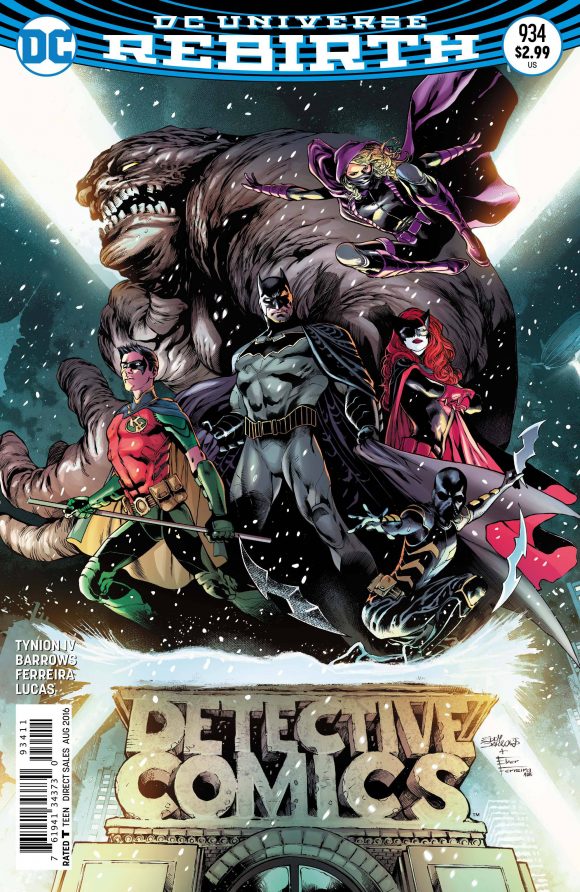 The way I see it, Batman has a sidekick problem and it’s only getting worse.

Here’s the scorecard: Nightwing, Robin, Red Robin, Red Hood, Batgirl, Batwoman, Orphan, Spoiler, Bluebird and the Huntress. Plus, whatever guise Duke Thomas will adopt. And there’s still a bunch of Robin wannabes lurking out there. And a dormant Batwing. And now even Clayface.  (And yes, I know they’re not all “sidekicks,” but you know what I mean.)

It’s too much. It waters down what makes Batman — and, just as significantly, the ideas of Robin and Batgirl — so interesting. It also makes it that much harder to suspend your disbelief, which is a crucial part of reading superhero comics.

What to do? Start pruning, even if it flies in the face of DC’s suddenly reawakened love for every legacy character or protegé ever to put on tights.

Seriously, why can’t characters who have become redundant be put on a shelf for good? We don’t even need a bloodbath to do it. 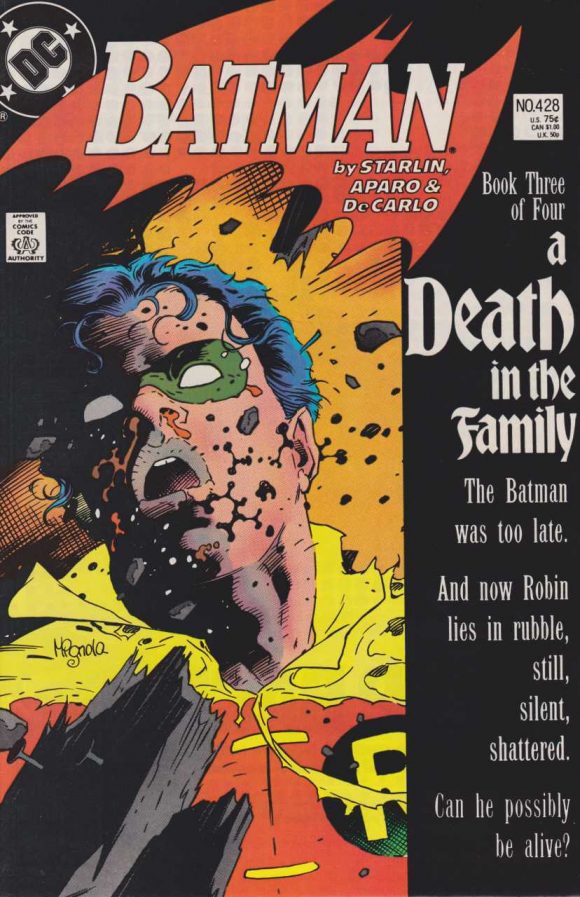 This is not what I mean.

Why not just have Tim Drake come along and say, “Y’know what, guys? This costume thing has been great, but I think I could do better by going to law school.”

And Jason Todd’s been put through enough, wouldn’t you say? How about: “Bruce, you owe me. Would you do me a solid and buy me a nice island somewhere?”

I’d much rather Batman have a tight circle of costumed allies — and a network of cops, lawyers, bartenders and average civilians. Characters like that have come and gone. But the rule seems to be if you put on a mask YOU NEVER LEAVE.

Regular readers here know that while I love old-school Batman, I enjoy modern Batman too. I’m not some curmudgeon who rants: “In my day, we had Batman and Robin — and I didn’t even want Robin around!”

And I understand why Gotham has become so expansive. DC needs Bat-related characters to keep all those Batbooks — i.e., the wheels of commerce — turning.

Which brings us to the new iteration of Detective Comics, which is now a team book featuring many of these same characters. I’m obviously apprehensive about what might be coming.

On the other hand, I’ve long said that I will accept just about any ludicrous idea if the story is well told. I was a little leery of Batman Incorporated too and look at how great that turned out.

So I suppose that Detective Comics #935 is something of a counterintuitive Batbook of the Week selection. I’m giving the title a long leash and may very well change my mind about all of this.

I’m even rooting for that. 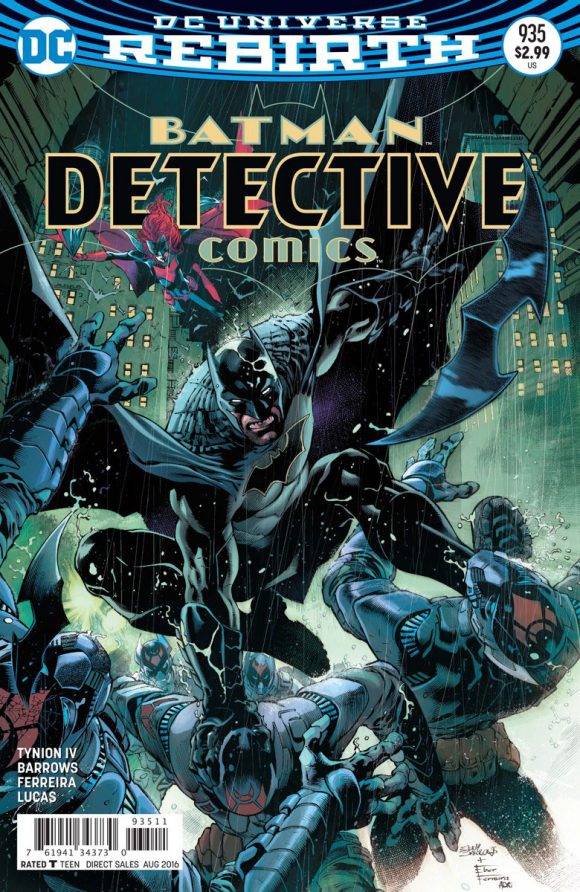 Speaking of sidekicks, Robin: Son of Batman wraps it up with Issue #13. I’m gonna miss Damian’s solo adventures. I love that kid. So I’m looking forward to Teen Titans and Super Sons when they launch.