Like I noted in my first Spider’s Web column, this crazy re-read started around the time my daughter was born (she’s almost 1 now) as a form of stress relief. And it worked! But, after about 200-plus issues, things kind of settled down and I moved on to other things. It did bother me, though, that I hadn’t finished, dear reader, honest. But the drive wasn’t there, and Issue #200 seemed like a fine break point.

Then the world kind of went to hell — and this global pandemic sent my stress levels to unforeseen heights… and I found myself slowly pecking away at Spidey again. So here we are! And I have opinions, folks.

Where did we leave off? Marv Wolfman and Keith Pollard had just closed out the ambitious (if not perfectly executed) #200, and though it didn’t seem like that was the intent, it was pretty much the end for Marv’s thoughtful and intense run. 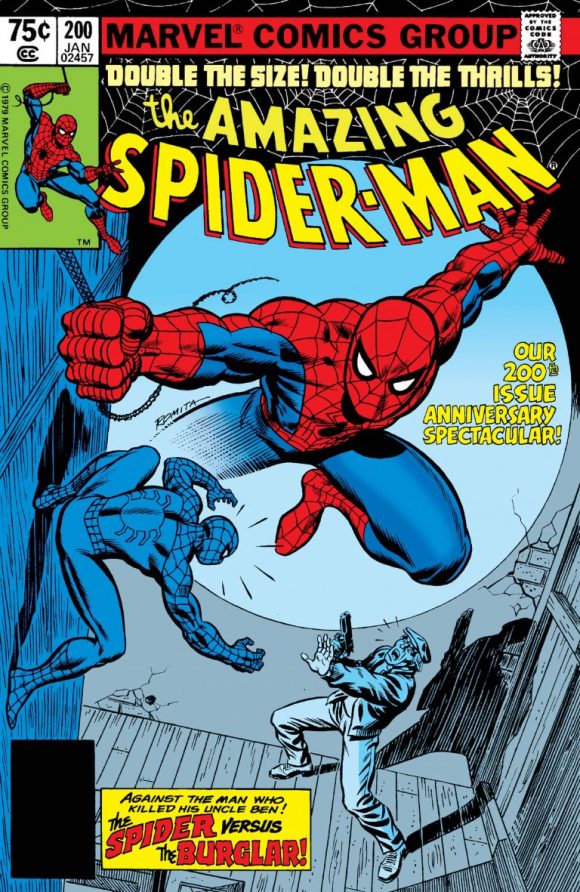 Wolfman stuck around for a Punisher two-parter and a seemingly forced Dazzler/Lightmaster issue, plus the first part of the Black Cat’s return — which is kind of why I feel like he didn’t intend to leave, as veteran writer David Michelinie (much more on him later) stepped in to complete the (mostly forgettable) story.

Roger Stern and John Byrne pop in for a fine but also not-super-memorable fill-in before we settle into the new status quo, with legendary scribe Denny O’Neil and artist John Romita Jr. taking over as the new creative team. 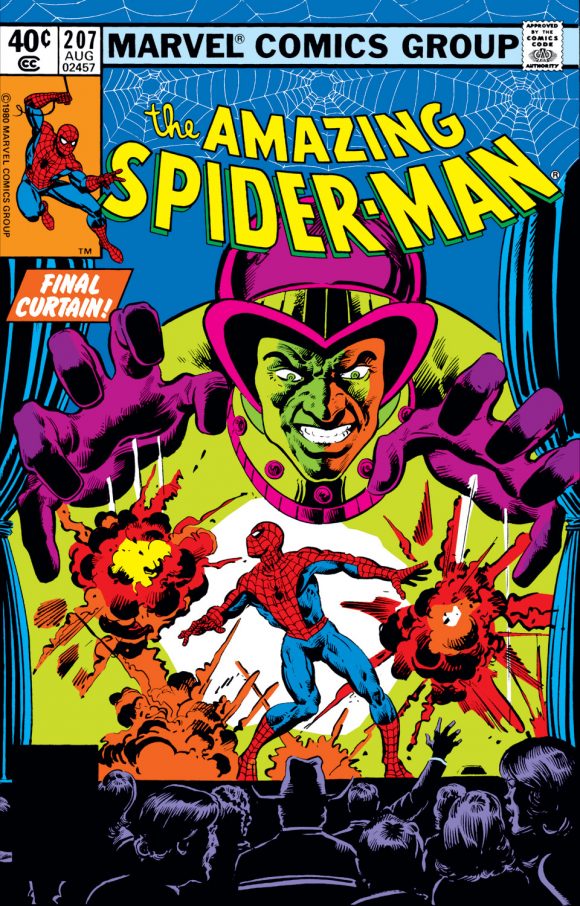 I love me some Denny O’Neil. He’s one of my favorite Batman writers, his Question run is in my personal pantheon, and I feel like his post-Miller Daredevil run was superb. His Spider-Man, though? While not bad, it’s just kind of there. As a writer, I can appreciate a lot of what O’Neil does here — introducing new villains and characters (like Madame Web, Hydro-Man, Fusion and Callisto, to name a few), trying to bring more pathos to Peter, and injecting a new, more complicated love interest in Deb Whitman, but… it doesn’t really seem to land.

While I like how the stories feel more grounded, and also that when Denny does pull from Marvel’s pool of existing characters, he goes off the beaten path (Namor shows up twice! The Wizard! The Gray Gargoyle! Mesmero! Ramrod!), it feels a little off. It doesn’t seem like he gets a real handle on Peter/Spidey until the very end of his run, with the Mudman story that features Hydro-Man (who has a thin, hard to quantify beef with Spider-Man) smooshing into longtime baddie Sandman to create a new, King Kong-esque mud villain. 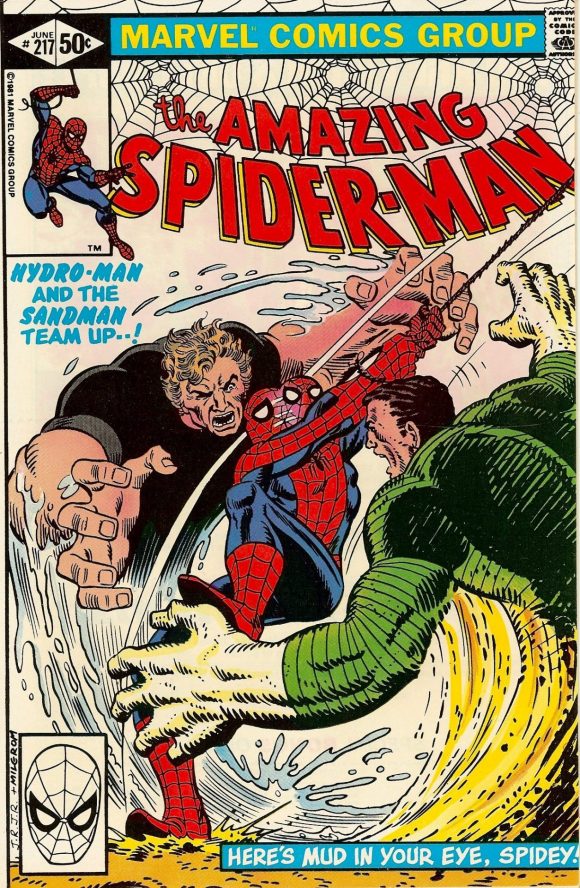 For my money, O’Neil’s strongest issue is his last as solo writer — Blues for Lonesome Pinky, a story that features lame-o villain Ramrod, but also wraps up the writer’s longest running subplot — the tale of Pete’s mysterious singing neighbor, who keeps poor Peter up at all hours with his warbling. But when Ramrod poisons an entire bar (reasons: unclear!) with some kind of wacky-making concoction, it’s up to Pinky to serenade the customers until Spidey can find the antidote. It hits that balance of light and danger, where Spidey’s quips feel like attempts to stave off a greater dread as he scrambles to save the day.

While O’Neil’s run, like Wolfman’s, feels more ambitious than great, I still appreciate the changes he brought to the book — and his desire to shake up the status quo — vs. Len Wein’s (intentional) efforts to maintain what his predecessor, Gerry Conway, had set up. It’s hard to write an established character and not fall into the “play the hits” trap, and Denny does his best to bring in new elements — and he also gives us an imperfect Pete who doesn’t always shine brightest.

Let’s face it: Peter Parker is not nice to Deborah Whitman and Denny does the smart thing and has her move on, with Pete left to look at himself. O’Neil’s always had a gift with character: Even when the plots make little sense (the Peter Parker – Criminal! story comes to mind), he nails the core, and that makes for a mostly enjoyable read. 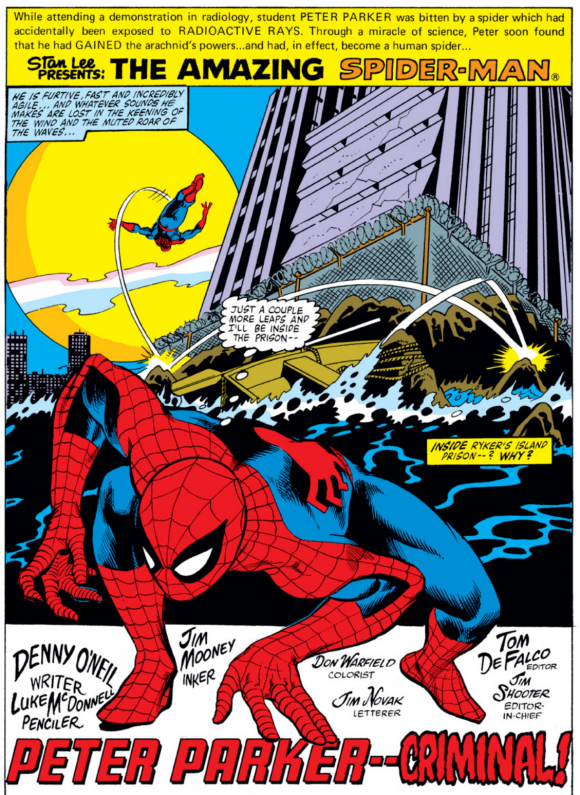 — The John Romita Jr. we meet here isn’t the JRJR you’re probably familiar with — but damn, can that guy draw! Considering how young he was, his art is polished, well-paced, and just solid, solid, solid. Hard to believe he got so much better, too, because his stuff here is great. 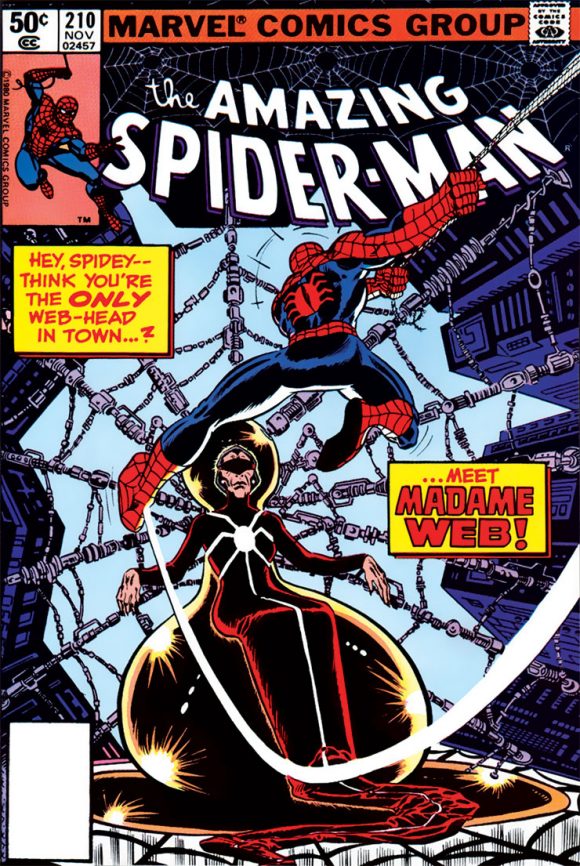 — It’s hard to shake the feeling that Denny was just making time here, as his run overall is relatively short and episodic, with a fair share of seemingly rushed fill-ins. This is in stark contrast to what’s coming next — arguably one of the best runs on Amazing Spider-Man ever, by Roger Stern and JRJR.

— I had to basically give up on Peter Parker: The Spectacular Spider-Man. The Bill Mantlo stories were just not for me, though I can see the appeal. Still, the title launched on such shaky ground that it never seemed to build a lasting momentum. (But that’s about to change!)

— If you’re a huge Spider-Nerd like me, you’ll dig good pal/ace writer Matt Singer’s history from Insight Editions, Spider-Man: From Amazing to Spectacular — The Definitive Comic Art Collection. I had the pleasure of doing a Q&A with Matt last year and it was a hoot. Grab it here. 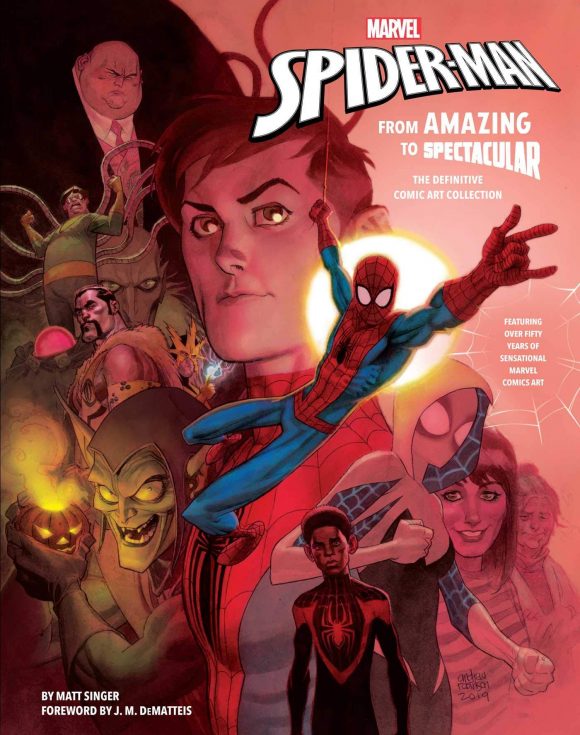 — One neat thing about Denny’s run is that he tries his best not to be beholden to the past. While this is the same Pete who lost Gwen, etc., it’s not mentioned to the same degree as past runs. We’re out of the shadow of Gwen’s death, but in murky waters regardless.

— Other highlights of Denny’s run are Amazing Spider-Man Annual #14 and #15, featuring art by the legendary Frank Miller and Tom Palmer (on #14) and Klaus Janson (on #15). The first annual is a gem of a story and signals what Denny and Frank would be doing with the rest of their illustrious careers. Definitely make a point of checking them both out. 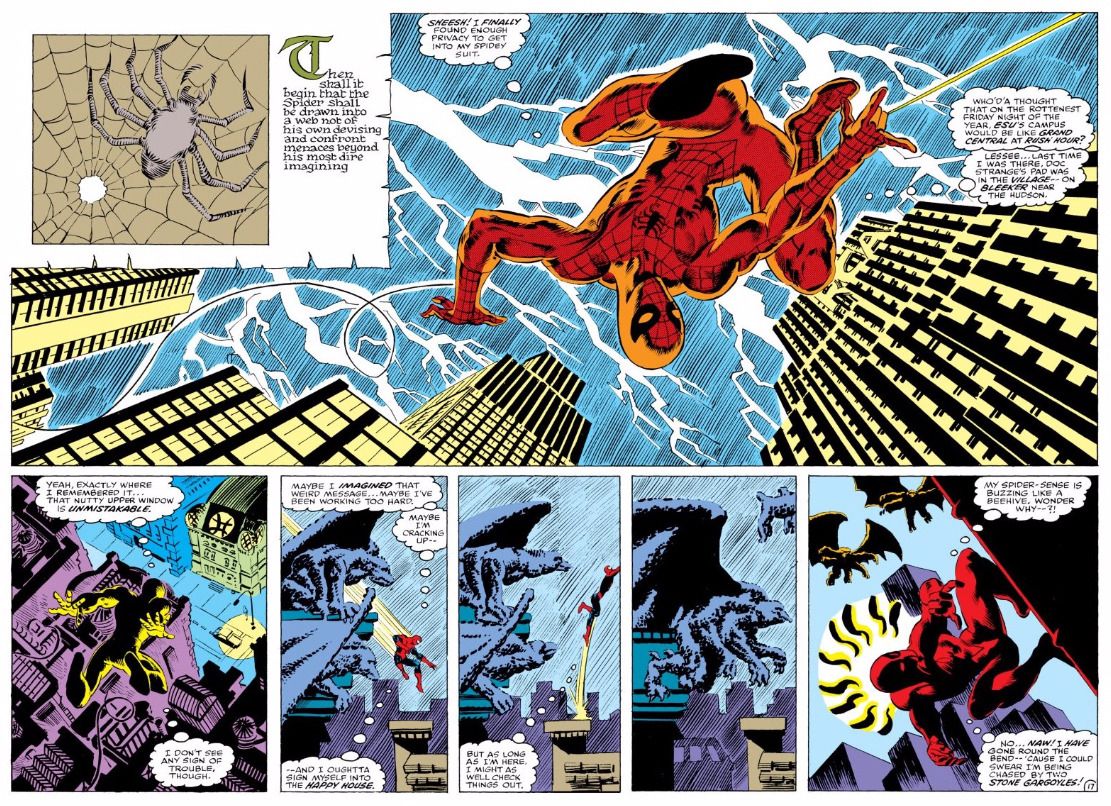 — There’s nary a classic Spidey villain in Denny’s run, aside from a washed-up Kraven. An interesting tactic coming out of a major anniversary issue!

— Mantlo steps in and does a serviceable/solid (that’s his thing!) Speed Demon issue between O’Neil’s and Stern’s runs. A fun, timeless Spidey tale.

— Some related news that you may have seen here at 13th Dimension: I’ve started a podcast with amazing writer and friend, Preeti Chhibber! The Spectacular Spider-Cast is pretty basic — two longtime Spidey fans talk about a trade each episode. First up is the opening volume of Chip Zdarsky’s Peter Parker: The Spectacular Spider-Man run, with art by Adam Kubert and Michael Walsh. Tune in here and let us know what you think!

— NEXT TIME: So, here’s the plan, Spidey friends: Before diving into the classic Stern run on Amazing, I’m going to hop back to Peter Parker: The Spectacular Spider-Man and revisit Stern’s run on THAT book. Wait, you didn’t know Stern had a lengthy run on Spectacular before Amazing? Well, he did — and I’m curious to see how it reflects on the later, much better-known sprint with JRJR. Join us!