Maestro, if you please… 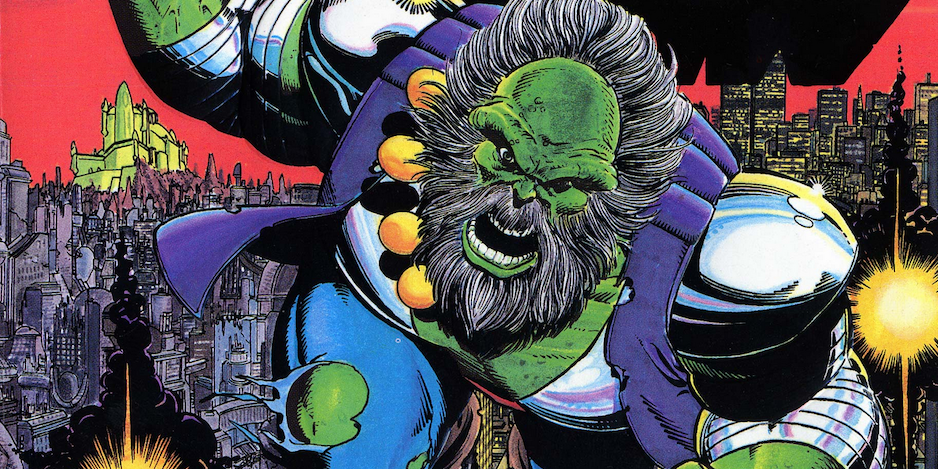 Marvel’s reprint program has been in flux since the coronavirus pandemic, with publication dates shifting and so on — as has been the case with the main line-up of comics.

Makes sense, of course, but the end result has been some confusion about what titles are coming and when things will actually make it to the racks.

Well, one item that’s been drifting under the radar is Aug. 5’s Marvel Tales: Future Imperfect, which will reprint the complete classic story by Peter David and George Perez for an affordable $7.99.

Dig the official solicitation info, along with InHyuk Lee’s cover: 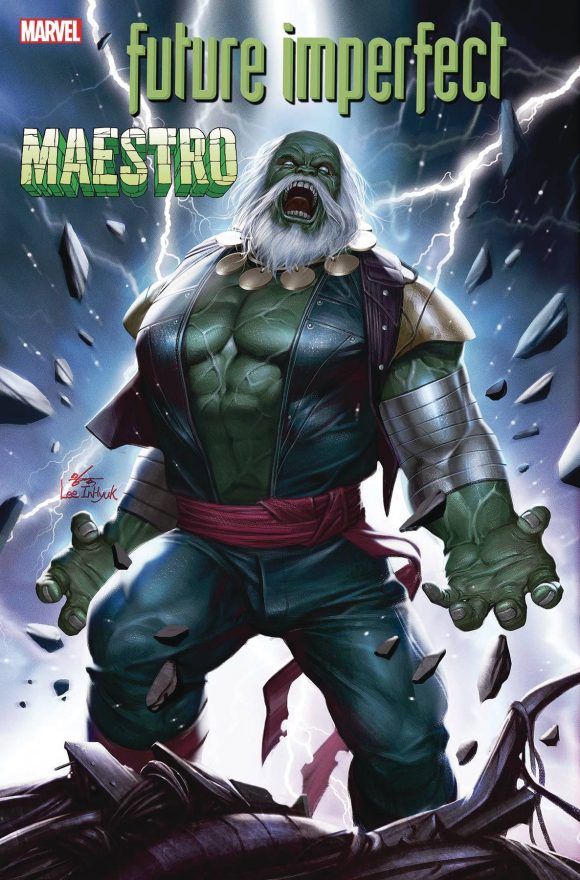 Explore a dark vision of the future as we celebrate the legacy of the House of Ideas with the era-spanning MARVEL TALES! This anthology series shines a spotlight on fan-favorite characters, features timeless stories and highlights some of our most impressive talent from the past eight decades. A hundred years from now, a ravaged world is ruled with a giant green fist by the gamma-spawned tyrant who calls himself the Maestro! In desperation, a ragtag group of freedom fighters reach back into the past for the one being who might be able to end the Maestro’s reign – the Incredible Hulk! But when titans clash, who will be the strongest one there is? The classic tale from definitive Hulk writer Peter David and legendary artist George Pérez, HULK: FUTURE IMPERFECT (1992) #1-2, is presented in all its gamma-powered glory! Collecting HULK: FUTURE IMPERFECT (1992) #1-2. 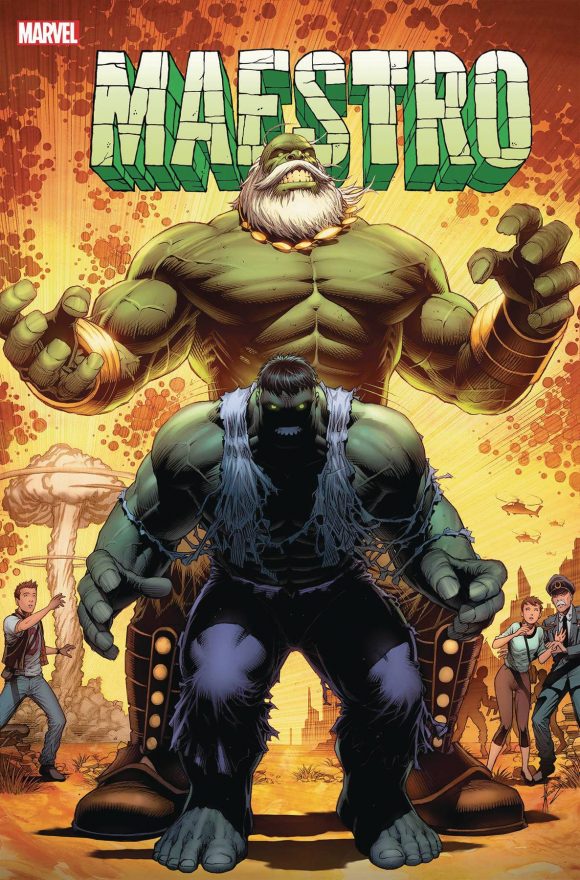 — Why now? Well, in case you were unawares, David has written a five-issue sequel that’s debuting Aug. 19, with art by German Peralta and Dale Keown.

— Want to know what George Perez has to say about Future Imperfect? Of course you do. Click here. 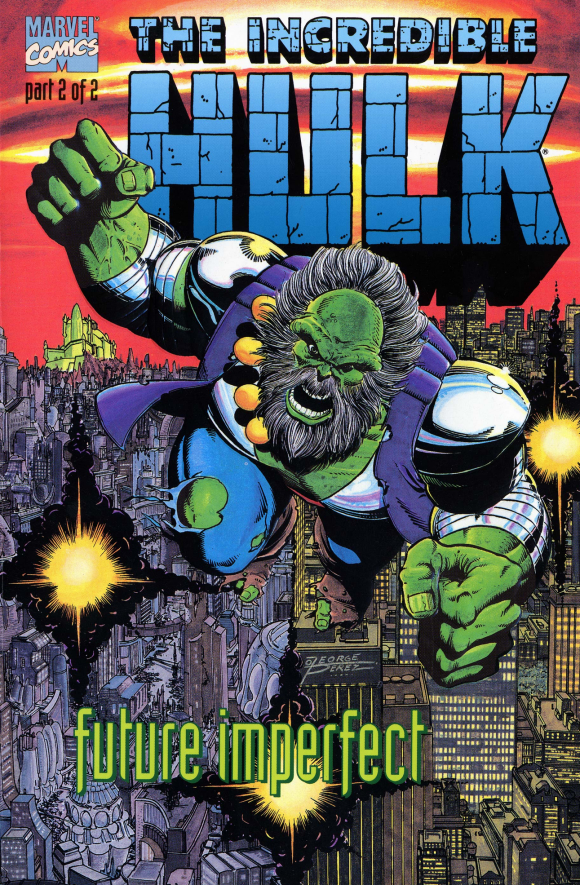 — Why no Perez cover on the new edition? Lee does the covers for the latter-day Marvel Tales series.

— Standard Price Comparison: Unslabbed, NM copies of Issues #1 and #2 recently sold as a set on eBay for $57. This reprint is a mere 7 clams.