How NEAL ADAMS Opened the Door for DAVE STEVENS

The late Stevens was born 65 years ago. In his final interview, he spoke of how Adams gave him a boost he never expected… 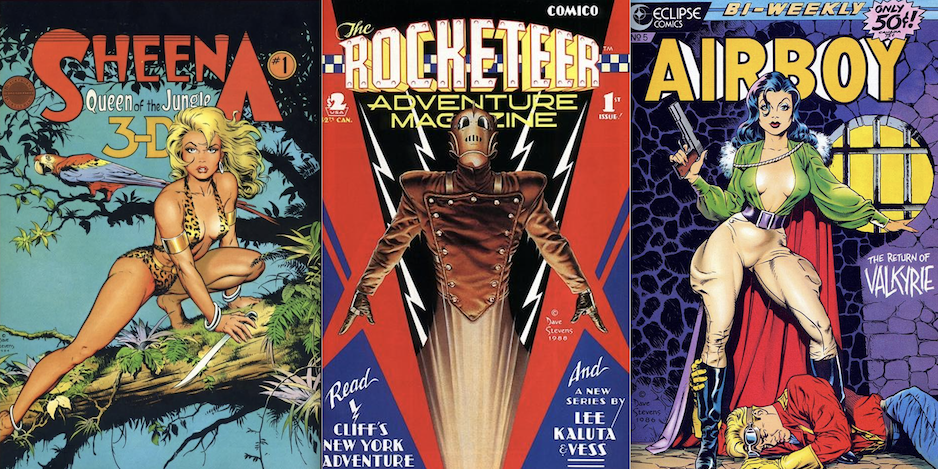 The late Dave Stevens is not only a case of what was but what might have been. An artist of immense talent, the creator of The Rocketeer enjoyed major success but his career was cut short when he died way too young in 2008 at the age of 52.

Normally, we’d do a 13 COVERS birthday tribute – click here for last year’s – but this time we have something a little different: an excerpt from his final interview, conducted by his friend Kelvin Mao just over a year before his death.

The beauty is that the full interview is readily available: It was featured in 2011’s Back Issue #47 – and you can actually get your hands on the issue directly from TwoMorrows for under $5. (Click here to order.) 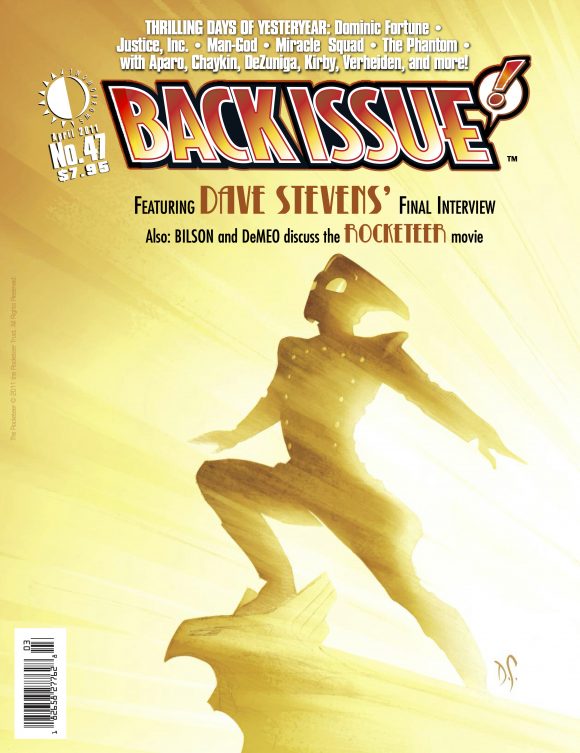 In this excerpt – which merely scratches the surface – Stevens talks about how meeting Neal Adams at San Diego Comic-Con in 1973 helped launch his own stellar career.

It reminds me of a similar story Kelley Jones tells of Marshall Rogers – and you can click here to check that out.

Stevens was born July 29, 1955 – 65 years ago. We can only imagine what he never got to accomplish. Nevertheless, he accomplished so much in a fairly short period of time – and we’ll always have that. 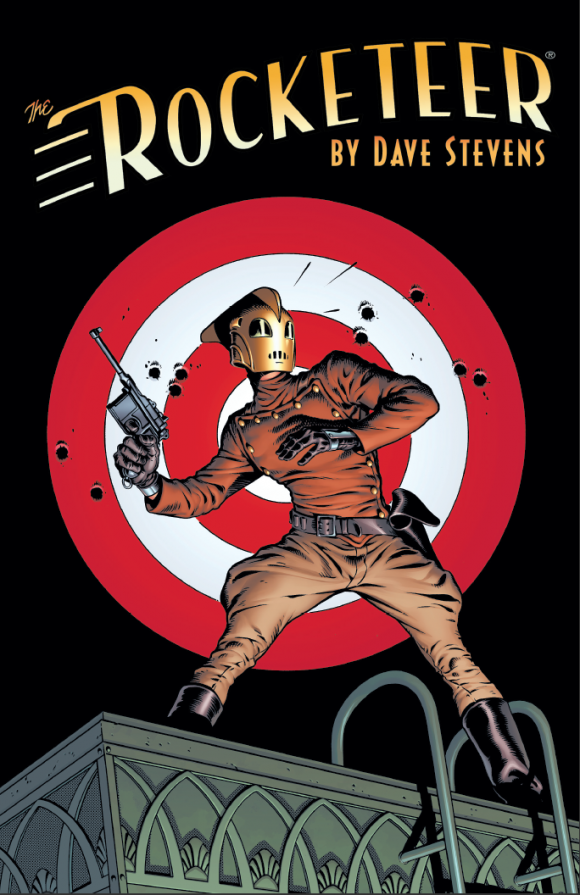 Dave Stevens: Neal Adams was one of the guests and he was doing these informal portfolio reviews in a suite apart from the Con. It was real loosey-goosey, mostly just a bunch of us sitting around listening to Neal tell stories about other artists — and the air in the room was just blue. It was really fun, but I was so cowed by being in the room with this guy, because I’d followed his work in Green Lantern/ Green Arrow and all the other cutting-edge things that he was doing at the time. He was trying to whittle free of the [Comics] Code, the restrictions on subject matter. Plus, he rendered the most realistic representation of humanity I’d ever seen on a comics page.

Kelvin Mao: Obviously a departure from the early DC stuff —  and just his perspective.

Stevens: Yeah. Total drama, big faces and body language. It was something completely different than we’d seen before, and here he was just kicking back with a Coke and talking to a bunch of snot-noses that didn’t know anything. We were all around 18 or older and one guy after another would show him a few samples and then hang around. I think we had been there for like an hour or more and it was kind of winding down. I got up to leave, and he stopped me. He said, “What you got there?” And I had this big, gigantic paper portfolio; it was like bigger than me. And I said, “Oh, it’s nothing.” I was kind of embarrassed. I just — I didn’t want to have to open it in front of all these guys. 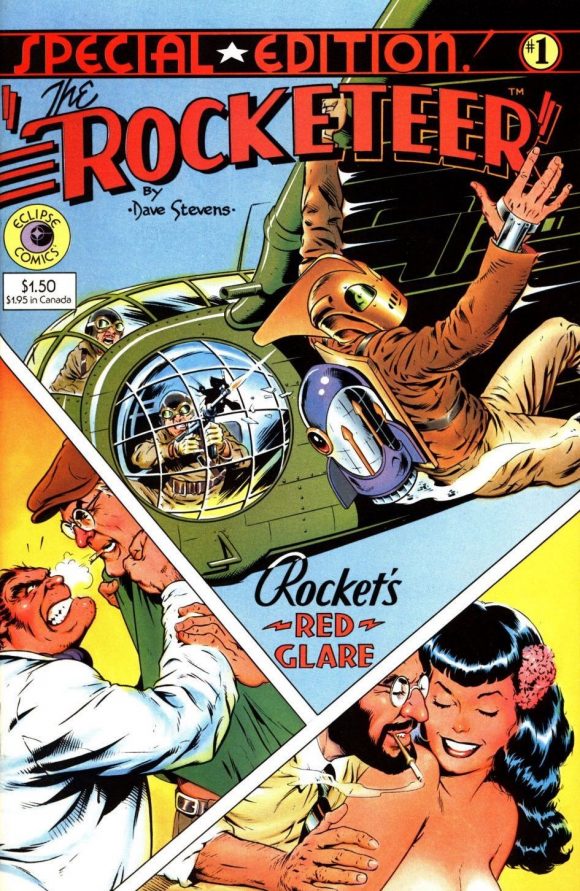 Because the pressure was really pungent in that room, you could tell. Guys were sweating bullets when he was looking through their stuff, and everybody else was looking at it at the same time and going, “Oh, that’s not so good,” and “I’m much better than that.” I didn’t want to go through that. It was just really intimidating. But he said, “Are those your samples?” and I said, “Yeah, but you’re getting ready to leave. You don’t have time.” And he said, “Well, will you take the time I give you?” I mean, I can remember it word-for-word because it was the first time I actually had a professional at a show, at a venue, say, “Show me what you’ve got” without me kind of having to beg for time.

So, I opened it up and showed him what I had brought. It was a hodgepodge of inking samples and some penciling samples, and he flipped through it, looking and commenting on each piece. At the end of it he said, “You can ink for Marvel” — just like that! He motioned to Mike Friedrich, who was standing at the corner, and he said, “Give your stuff to Mike, and he’ll send it back East and Roy Thomas will look at it and decide if they think you’ve got the stuff to start right now, but I think you can ink for them right now.” 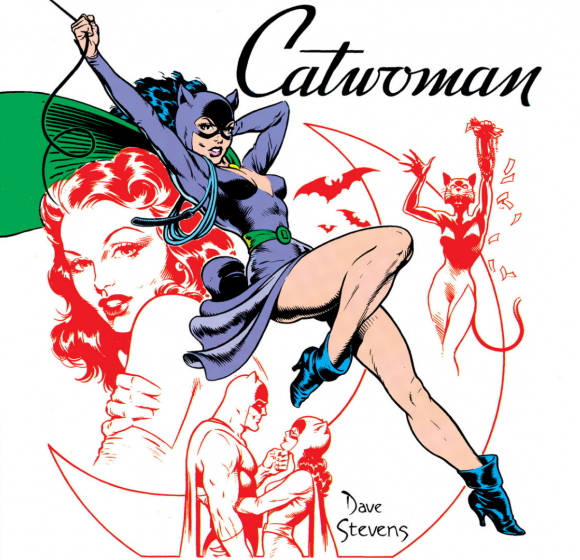 Mao: That’s about as good an outcome as you could imagine with all those people standing around.

Stevens: Yeah. One of my Portland buddies was in the room and he was just shaking, he was so excited. And Friedrich, that was the first time I’d met Mike as well… basically he wasn’t going to volunteer. Neal volunteered him to do this. I shook hands with him and Neal had other things to say to me, but that was the basis of what hap- pened. I think it took maybe at least a couple of months before I got the samples back, maybe longer. There was no letter or anything in it but a little hastily scrawled note on the outside saying, “Roy and I both agree, not ready,” underlined. But at least I knew the stuff got looked at by the Marvel art director [John Romita, Sr.] at the time.

Mao: Who you were a fan of. 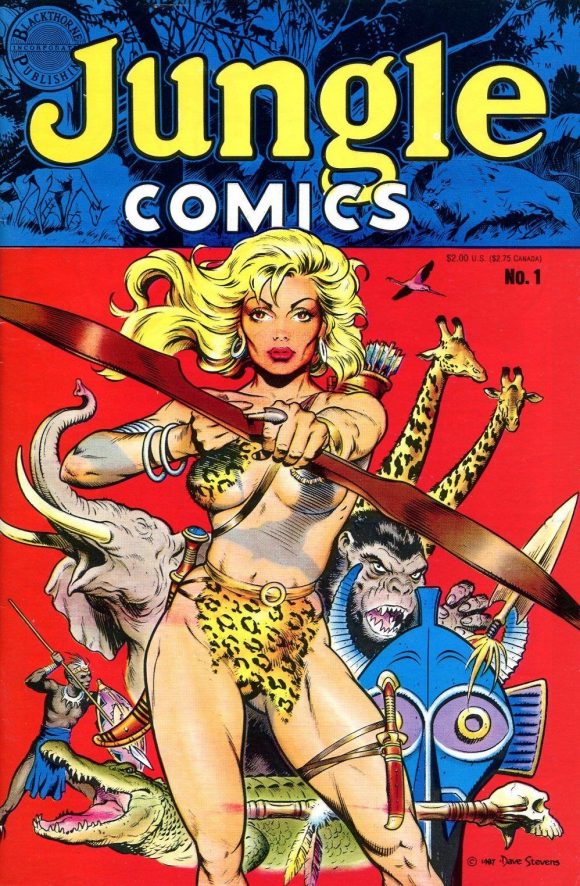 Mao: That’s obviously a big step above everybody else trying to figure out how to get into the business back then.

Stevens: I think a lot of it had to be recommendations from other professionals, because I’m thinking the stuff that would just walk in off the streets may not have ever been seen. I know (Marvel staffer) Flo Steinberg used to deal with the fans and people wanting to submit stuff, but I do not remember if she would actually take somebody’s portfolio off the street and show it to Romita.

Mao: Do you know if anything good ever came off the street?

Stevens: You never know. I think Steranko walked in off the street. So it did happen, but I’d be curious to know how they actually conducted that kind of thing back then.

Anyway, after that I had the audacity to call Romita at Marvel — I think Friedrich or somebody might have given me the number — and just kind of kept in touch and said, “I’m willing to do anything you got lying around.” He was very nice about it, but he said, “Look, at this point we’re having trouble just keeping our own staff in work. We’re having a real shortage.” He said, “I’ll try to get you a Western cover to ink, something.” It would have been a really minor thing of no consequence, but to me it was a job — to at least demonstrate what I could do. 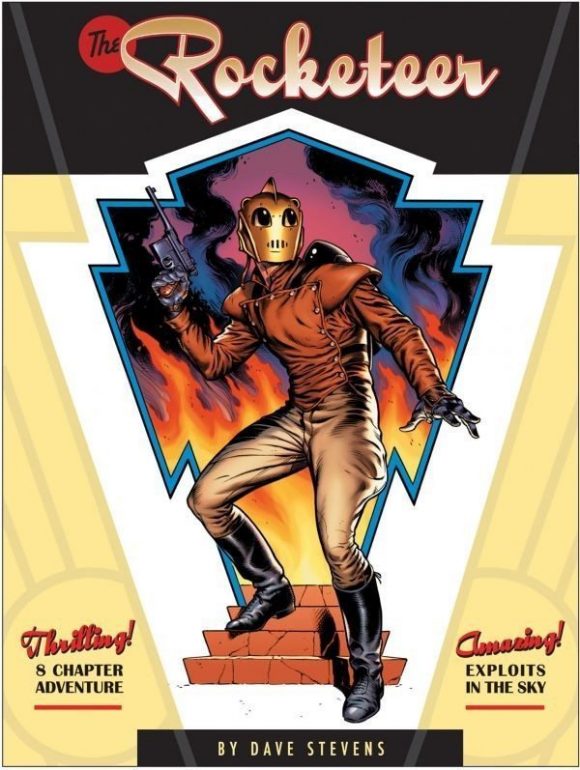 But I’m kind of glad I didn’t get any work back then, because I needed at least two or three more years to hone my chops with the brush. I was just starting and it would have been kind of a nonevent if I started working then. I don’t think I would have gotten repeat work. I just didn’t have it.

Between having Neal look at the stuff, and then two or three other people over the next year, then came (Russ) Manning. We stopped at Russ’ place and he gave me a quick critique. It was mostly inked versions of Kirby pencils at that point. He said, “Well, I’ll tell you, I’m not a big fan of the Marvel style, and this is just too slick for me.” But the funny thing was, Russ was just as slick, if not more so.

He just didn’t see the similarity. But even though he told me that he didn’t care for that style, a year later he hired me as an anchor and assistant, so obviously he saw something there that he could make use of.

Mao: Out of curiosity, have you ever talked to Neal Adams after this period? Do you think he remembers this?

Stevens: Oh, no, no. I’ve talked to him many times over the years, and no. I think I mentioned it once maybe back in the mid ’70s or late ’70s, but he wouldn’t know. I mean, he looked at hundreds and hundreds of kids over the years, probably thousands of kids’ portfolios.

Back Issue #47 is still available from TwoMorrows for $4.77. Click here to order.