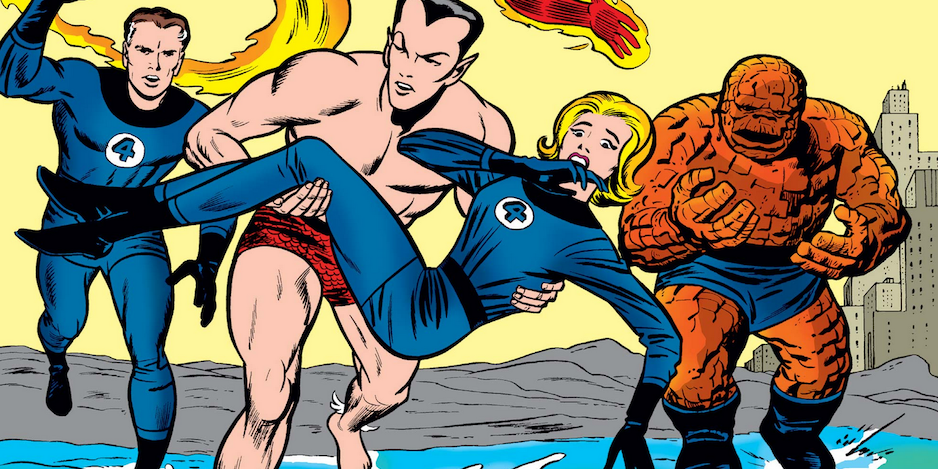 No matter the order, over and over, those are the three primary names equated with the rise of the Marvel Age in the early ’60s. But just as the Beatles needed Brian Epstein and George Martin, Marvel needed publisher Martin Goodman, whose creative impulses have often been overlooked or undersold.

Well, Goodman’s longtime career atop the House of Ideas is the cover story in Roy Thomas’ Alter Ego #165 – out Aug. 12 from TwoMorrows: 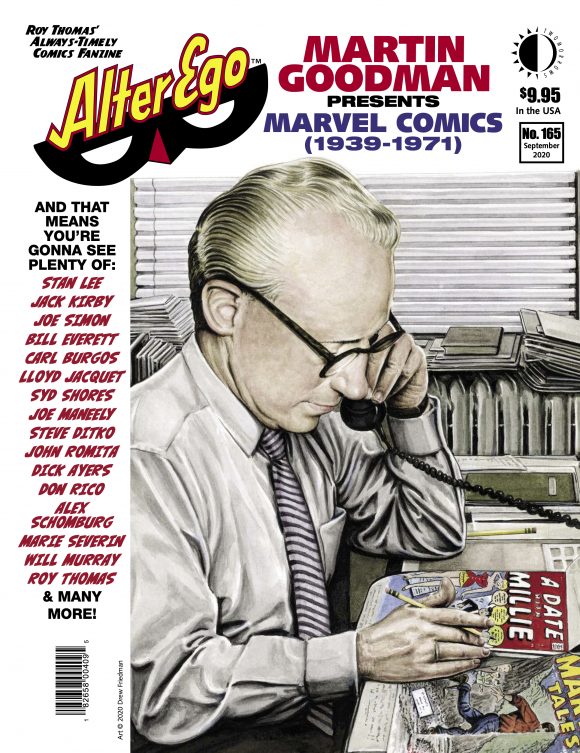 In this EXCLUSIVE EXCERPT, writer Will Murray explores how Goodman was a driving force behind Marvel’s success – in part because, as Stan Lee once put it – he “was really a great imitator.”

So dig this piece about how DC’s Superman begat Thor, the Metal Men begat Iron Man and so forth. The excerpt scratches the surface not just of the lengthy article but of an issue packed with variety. Just check out the table of contents… 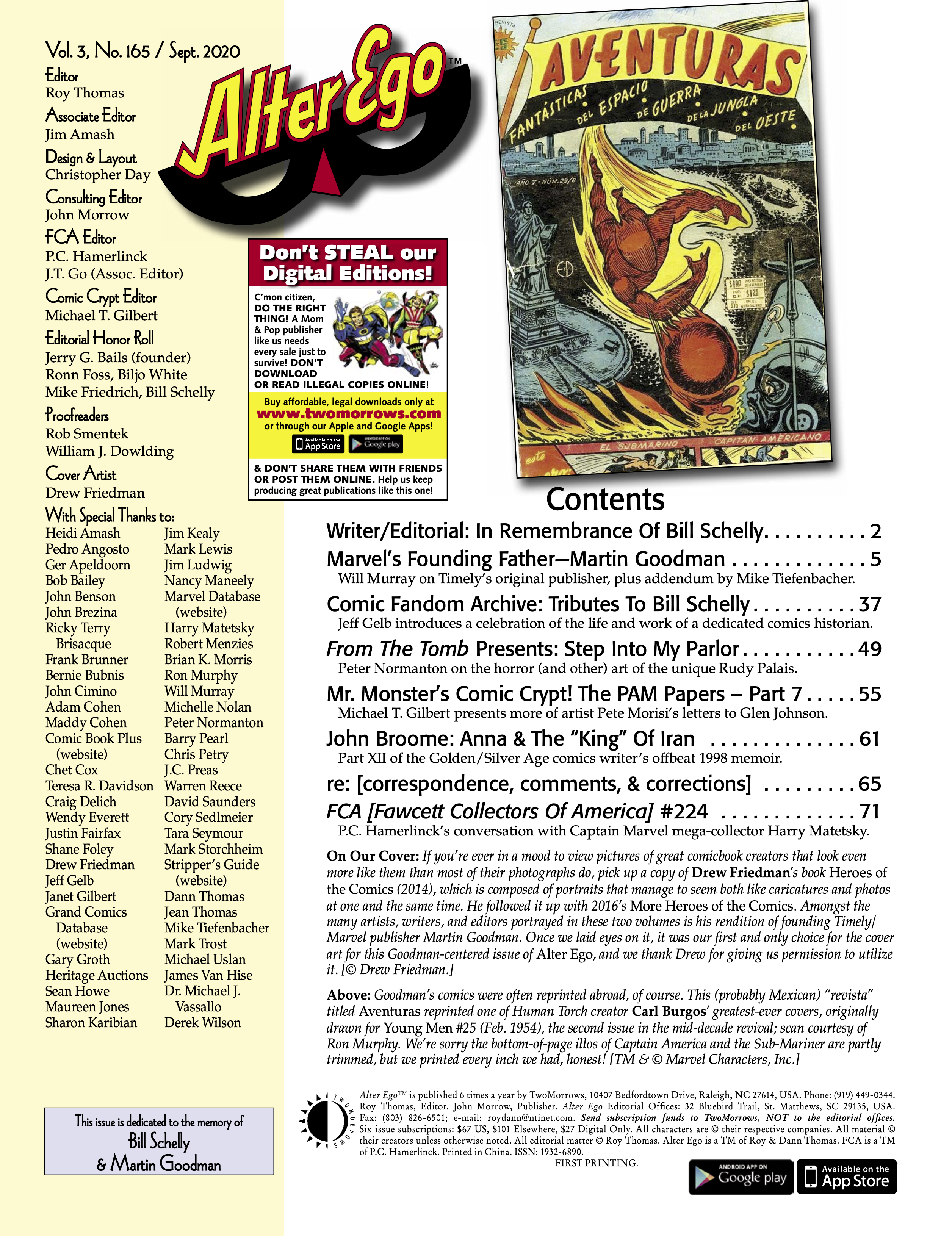 … and check out how Marvel built a juggernaut on the back of DC and other publishers:

Along with artists Jack Kirby, Steve Ditko, and a few others, Stan Lee is given the lion’s share of creative credit for the seed stories that blossomed into the modern Marvel Universe. And they deserve all credit that is due to them.

But often overlooked is the savvy generalship of Martin Goodman. In military terms, Lee and the others were the officers and foot soldiers who executed the battle plans that commanding general Goodman ordered in broad terms.

Just as Fantastic Four was an innovative attempt to compete with Justice League of America––but developed around the template of an earlier hit, Jack Kirby’s Challengers of the Unknown––many
of the other formative Marvel superheroes were attempts to capitalize on the sales history of rival properties. 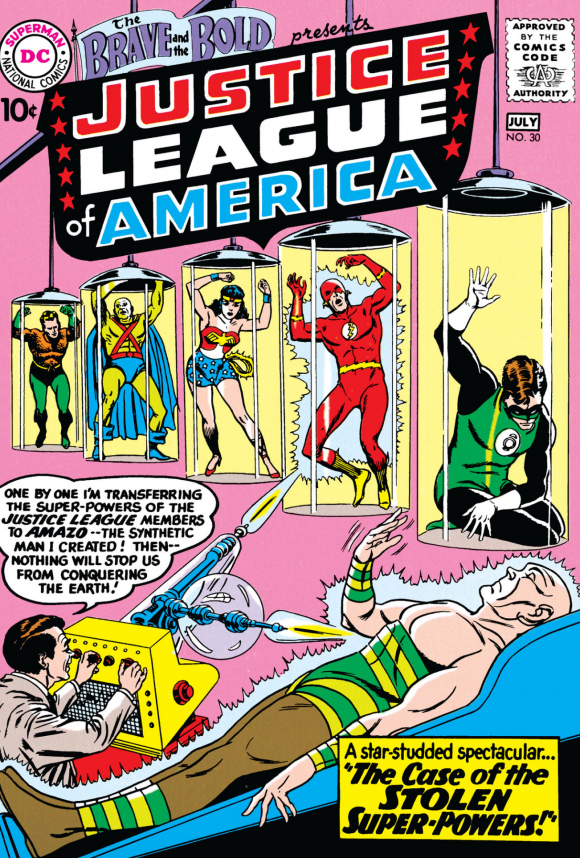 The Incredible Hulk was calculated to cash in on the monster craze then captivating baby boomers. But it also harkened back to the old Hillman hit, “The Heap.” As originally conceived, Spider-Man was the story of a boy who rubs a magic ring and turns into an adult super-hero, which was essentially a takeoff on Captain Marvel.

With his godlike powers, the Mighty Thor was an effort to create a character in the mold of Superman, without incurring the wrath of DC Comics. He was also similar to Captain Marvel in his mythological roots and transformational origin.

But those characters were inspired by well-known commercial successes. Goodman reportedly had an inside track on how his rival publishers were doing, sales-wise.

Just as he had heard of Justice League numbers and wanted to cash in on the new superhero trend, a number of the earliest Marvel superheroes were the result of this insider sales and circulation knowledge. 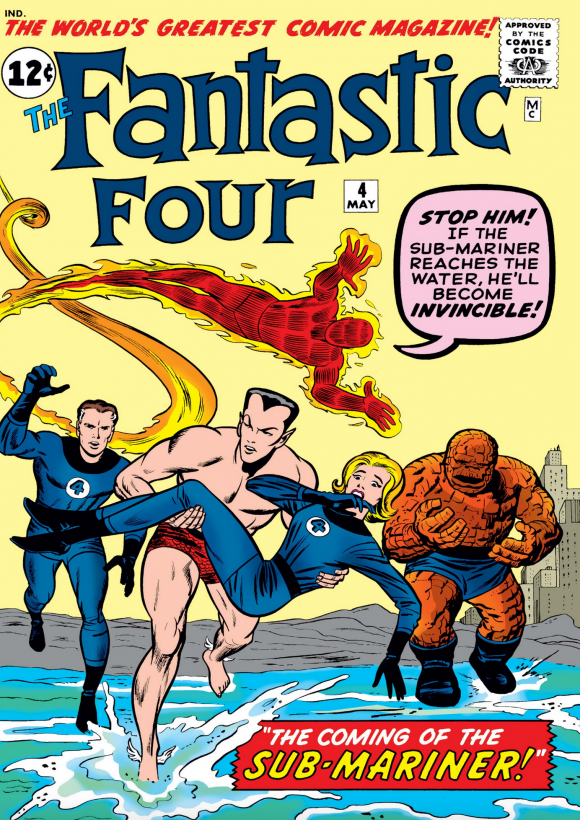 When perennial backup DC strip Aquaman –– a near carbon copy of Goodman’s Sub-Mariner –– was elevated to his own magazine in 1961, it was probably not a coincidence when Prince Namor returned the following year.

After DC’s revival of the Atom proved to be a Showcase sales success, Goodman heard about it. A similar shrinking hero, Ant-Man, soon surfaced in Tales to Astonish, just two months after the Atom landed in his own magazine.

Another Showcase smash, Metal Men, astonished the industry by outselling Superman during the first half of 1962. By the end of the year, Tales of Suspense offered up Iron Man.

And DC’s Sgt. Rock inevitably led to Marvel’s Sgt. Fury. The difference was that Stan Lee and his collaborators gave all of these emulative characters the distinctive Marvel touch, enabling them to outsell and outlast many of the DC super-heroes. 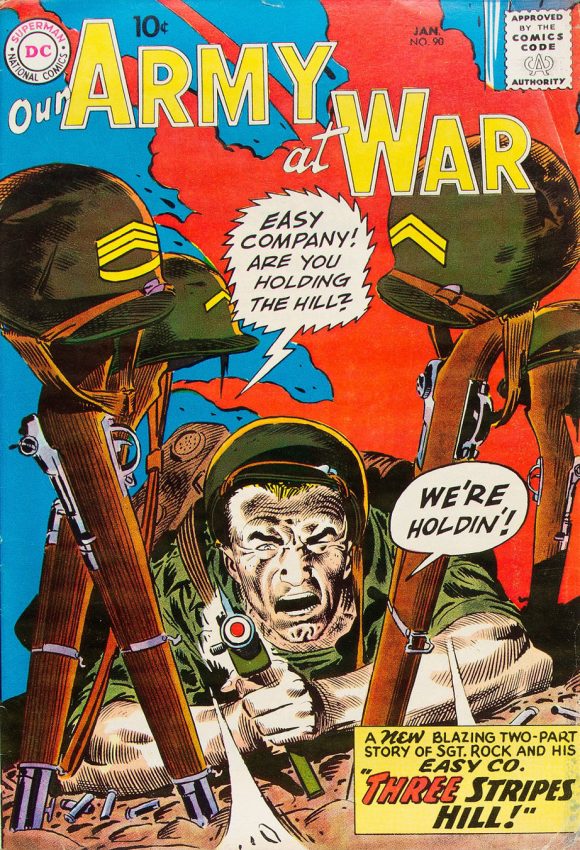 “He just said, ‘Bring me a team of heroes.’ Reviving a couple of the older ones was my idea. Actually, one of them. I revived the Human Torch. Later on, I brought in Sub-Mariner and Captain America.”

Harkening back to circulation successes of the past, Goodman also found legal ways to revive abandoned trademarks and properties of the past, leading to reimagined versions of Daredevil, the Ghost Rider and, in perhaps his greatest personal triumph, his own version of Captain Marvel. 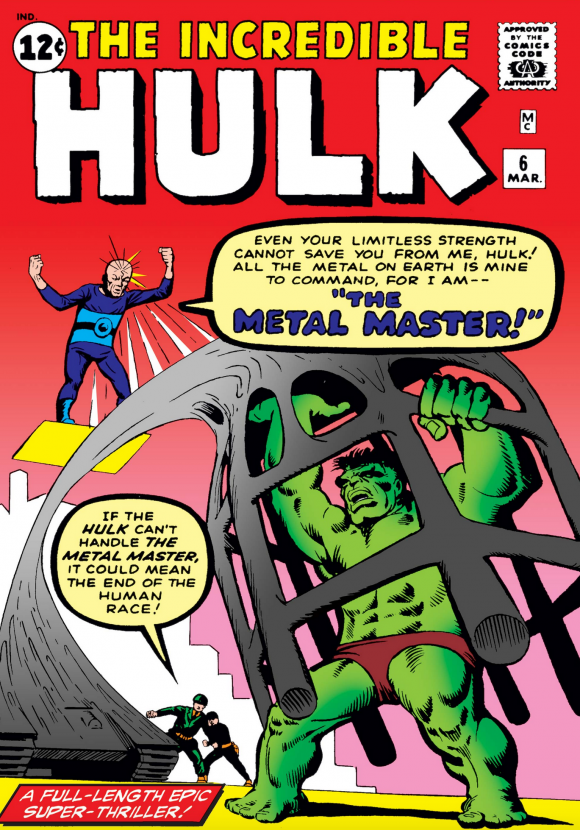 Circa 1964, Steve Ditko recalled Lee telling him that Goodman directed him to revive three underutilized characters, the Hulk, Sub-Mariner, and the old pulp hero Ka-Zar. Lee gave Ditko his choice of which to work on. The artist chose the Hulk, but had he selected Ka-Zar, Tales to Astonish would have been very different and the Hulk might not have developed as he did.

There is no question: During the formation of the Marvel Universe, Martin Goodman was a prime mover. Without his publishing directives, a very different population of heroes would have emerged.

Goodman rejected Stan Lee’s original title for Fantastic Four — the Fabulous Four. Even The X-Men, which was intended as another FF, might owe something to the clever publisher. Stan Lee has often told the story of presenting the X-Men concept to Goodman as “The Mutants,” only to have the publisher reject the term as unfamiliar to his target average reader. The title was changed to The X-Men, which happened to be the title of the lead novel in an issue of Star Detective Magazine Newsstand had published back in 1937. Could Goodman have remembered that unusual title and suggested it? If he didn’t, it’s quite a coincidence. 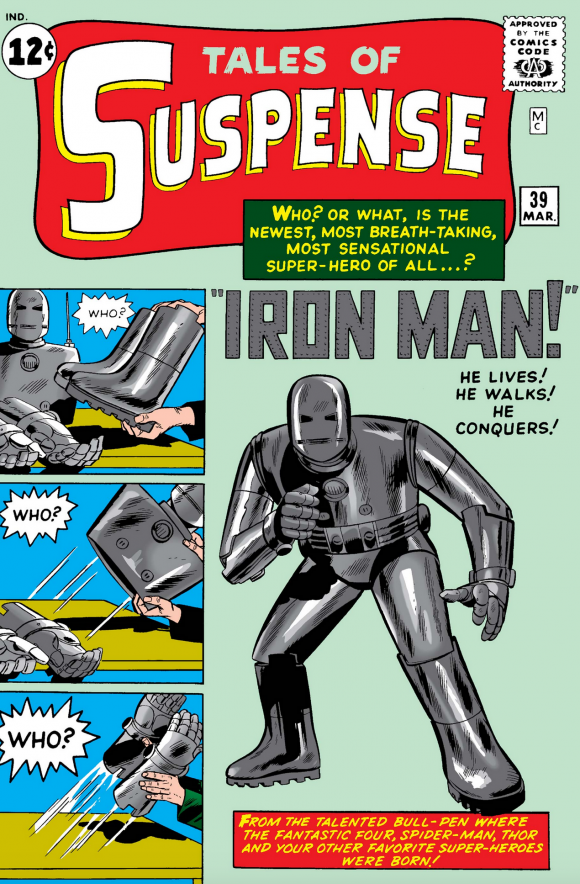 When Iron Man debuted in Tales of Suspense, Goodman scoffed at the hero being knocked off balance by a mere filing cabinet. Artist Don Heck took the brunt of the blame on that one, but both he and scripter Larry Lieber were summarily replaced on the feature they had originated.

One of Goodman’s most important decisions may have been to decline an offer for all rights to his original trio of superheroes during the period when they were moribund.

Stan Goldberg related, “I heard this story second-hand, that after the staff was let go in 1957, DC wanted to buy all of Timely’s titles. They offered around $15,000 because they wanted to own Captain America, Sub-Mariner and the Human Torch. I think Stan may have told me this. $15,000 was a lot of money then, but Martin Goodman still had his magazines and was a millionaire. Goodman said, ‘Aw, what’s $15,000 going to mean to me? I’ll hold onto these titles. Why should I give it to them?’ This was probably the smartest thing he ever did.”

Alter Ego #165 is due in comics shops Aug. 12. You can also order it directly from TwoMorrows. Click here.