Batman: Universe #6, DC. This is nothing I ever say lightly but this is, hands down, the best Batman story of the year (even though it was first published last year in those Walmart Giants). Great story, great guest stars, great humor, great art, with only maybe one or two tiny off-notes. Thanks, Brian Michael Bendis, Nick Derington and Dave Stewart. You’ve given a lot of entertainment to a guy who’s been reading Batman since, oh, 1972 or so. 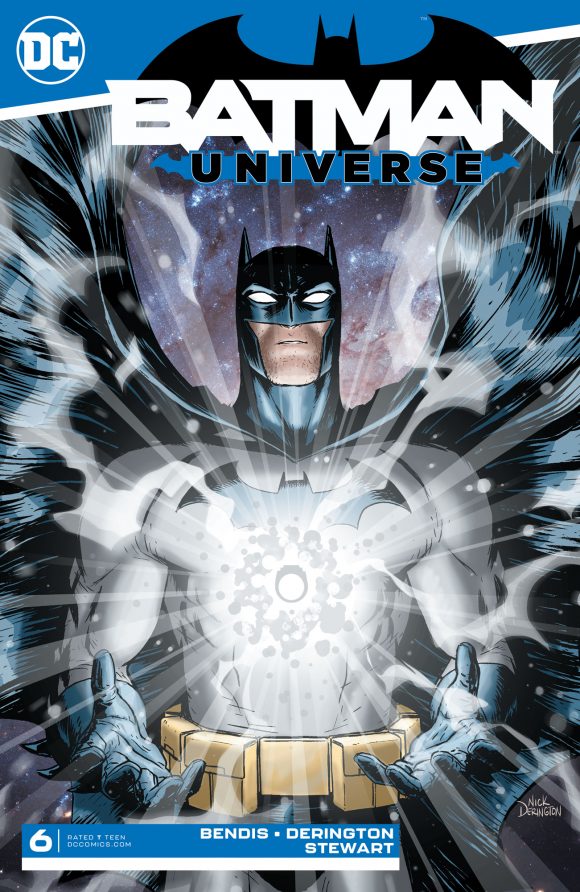 Ditko is… Amazing! King-Size HC, Marvel. A full-color collection of Lee and Ditko Spidey tales presented roughly in the size of the original art. I mean, this thing is nearly 2 feet tall. Oh, and it includes high-res scans of the original, uncolored Amazing Fantasy #15 art. Amazing indeed. (Click here for an INSIDE LOOK.) 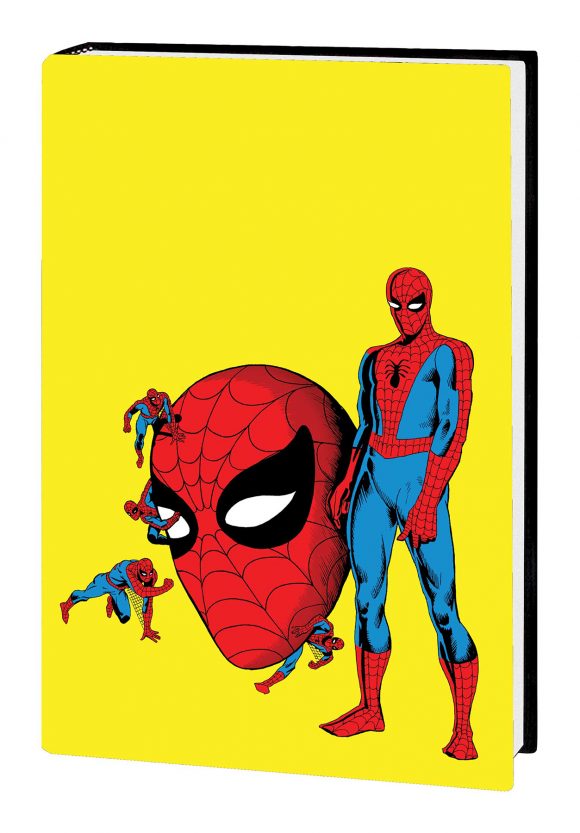 The Spectacular Spider-Man: Lo, This Monster! TPB, Marvel. Collects both issues of the short-lived late-’60s Spidey mag. Bring on that Romita art! (Click here for an INSIDE LOOK.) 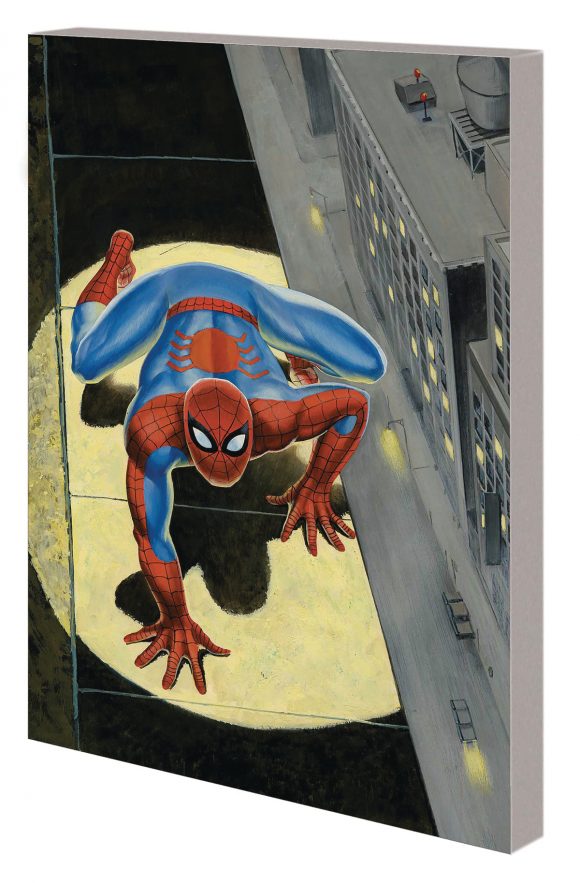 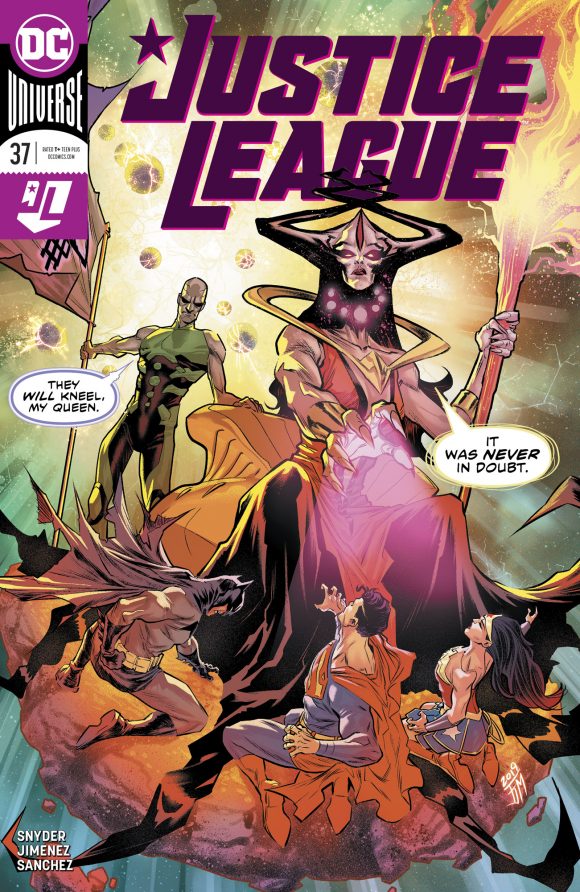 Batman #84, DC. Tom King’s penultimate issue on the main Batbook brings us the Batman vs. Batman rematch we’ve been waiting for. Art by Jorge Fornes, who should have a regular Batbook. Guy’s fantastic. 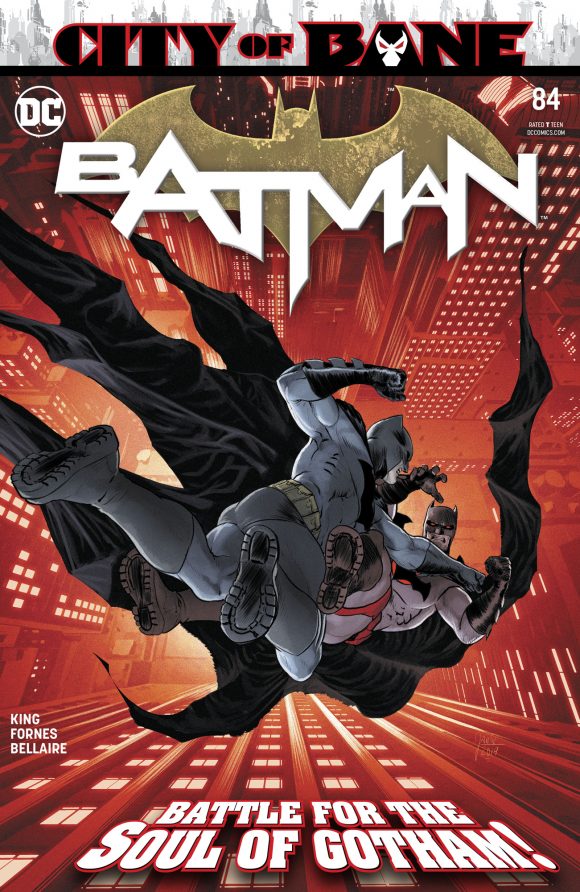 Star Trek: Year Five #8, IDW. Really fun comic that’s really tapping into the potential of the Tholian Assembly. Fits right in with the feel of the Original Series. By Jackson Lanzing, Collin Kelly and Stephen Thompson. 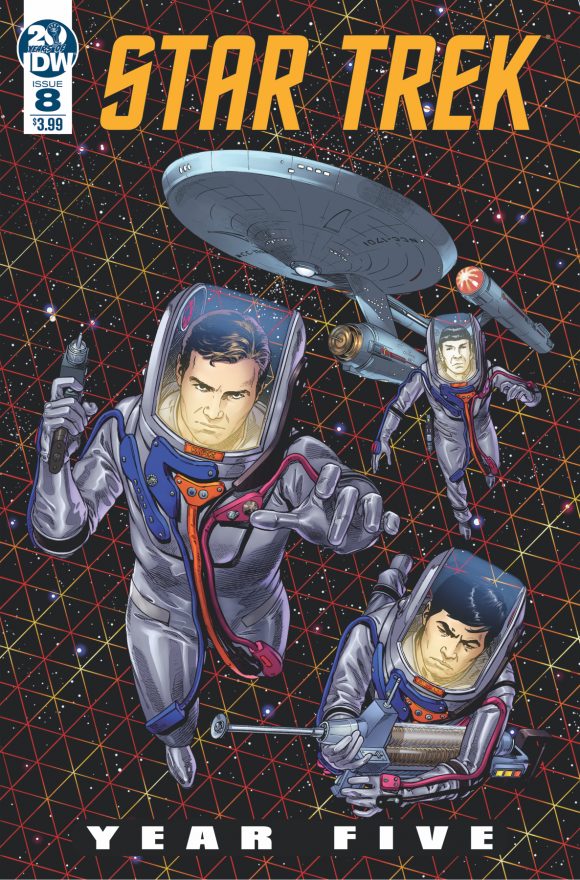 Crisis on Infinite Earths #8 Facsimile Edition, DC. The (Not Really) Final Fate of the Flash by Wolfman, Perez and Ordway – ads and all. (Click here for an INSIDE LOOK.) 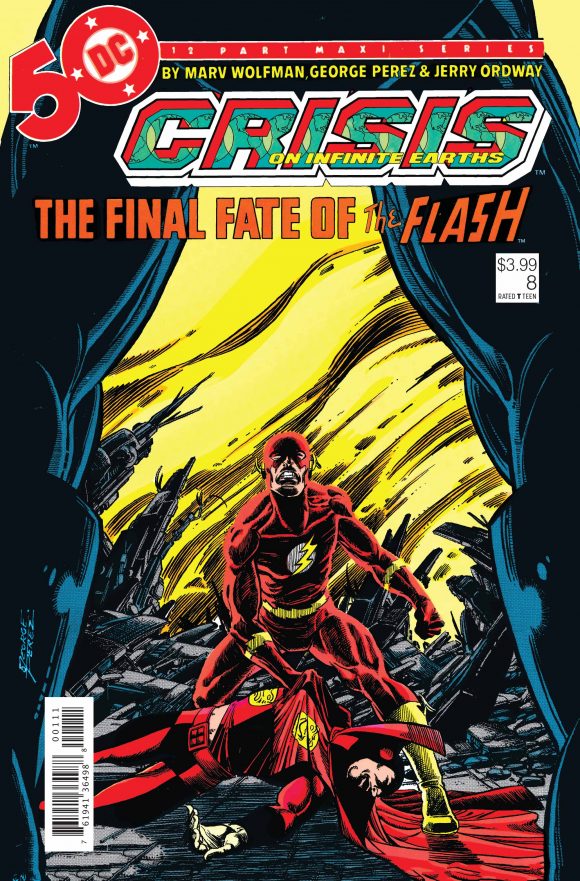 Star Wars #1 Facsimile Edition, Marvel. Reprinting the classic first issue of the series that saved Marvel in the ’70s. Because, you know, there’s a movie coming out. (Click here for an INSIDE LOOK.) 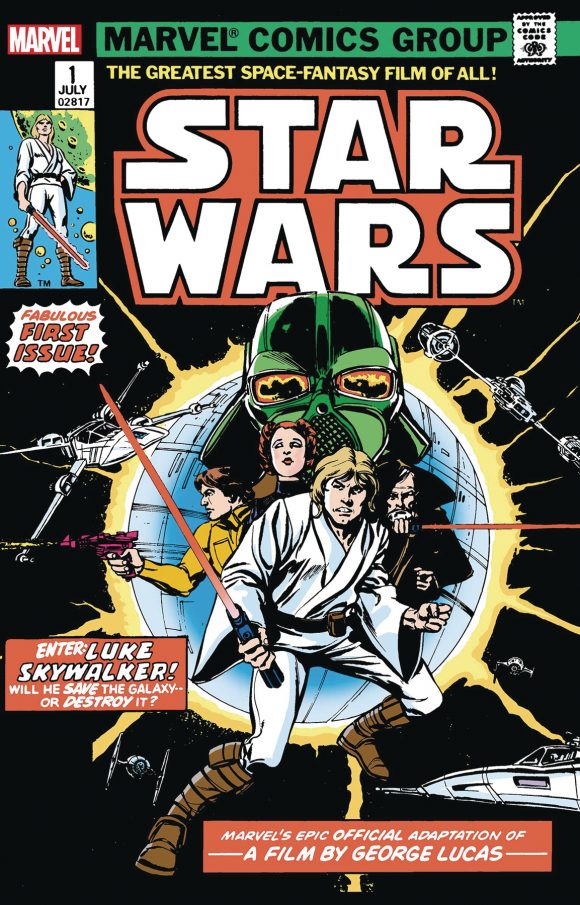 Annihilation Omnibus, Marvel. Somehow I missed out on the whole Annihilation event from Marvel a few years back, and I hear it was great. Now’s my chance to catch up. (Plus, there’s another one going on. – Dan) 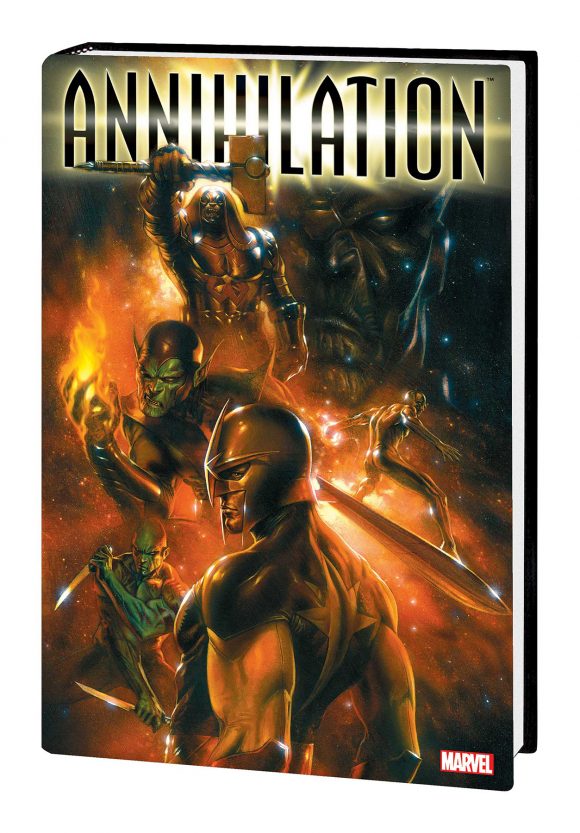 Avengers Epic Collection: The Gatherers Strike!, Marvel. I remember not being a big fan of the Avengers’ leather-jacket era, but I’m gonna give it another try. Perhaps some ’90s nostalgia will make it go down easier. 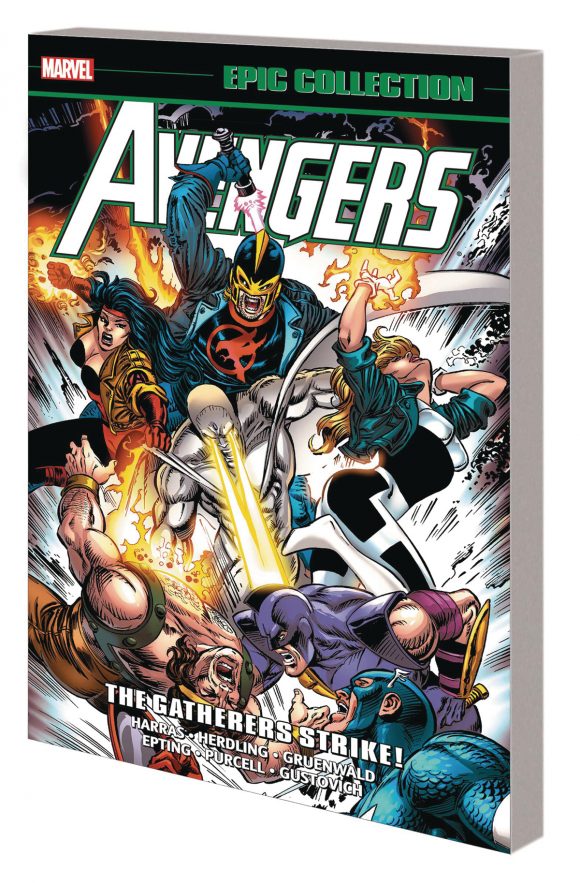 Avengers vs. Fantastic Four, Marvel. This collection of Avengers/FF smashups offers work from everyone from Lee and Kirby to Bendis and Cho. Plus, Ultron crashes a wedding! 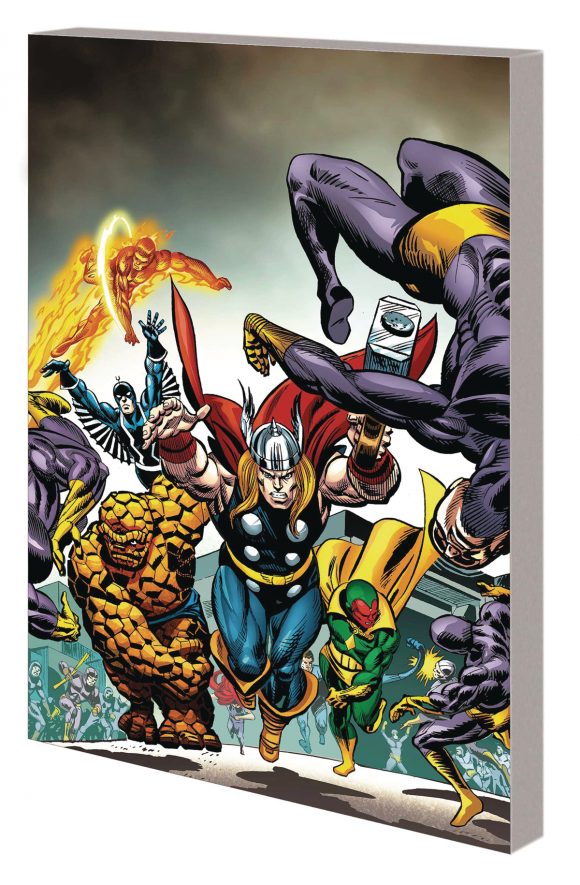