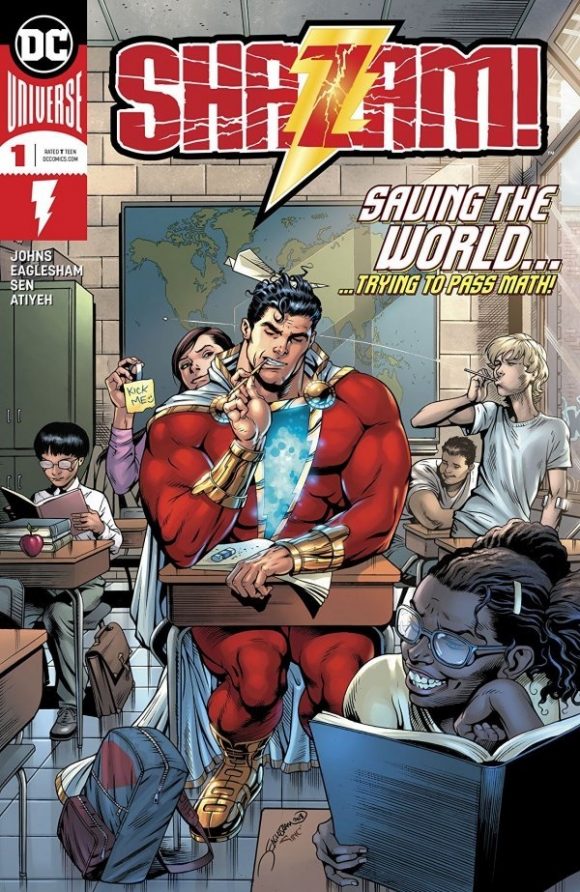 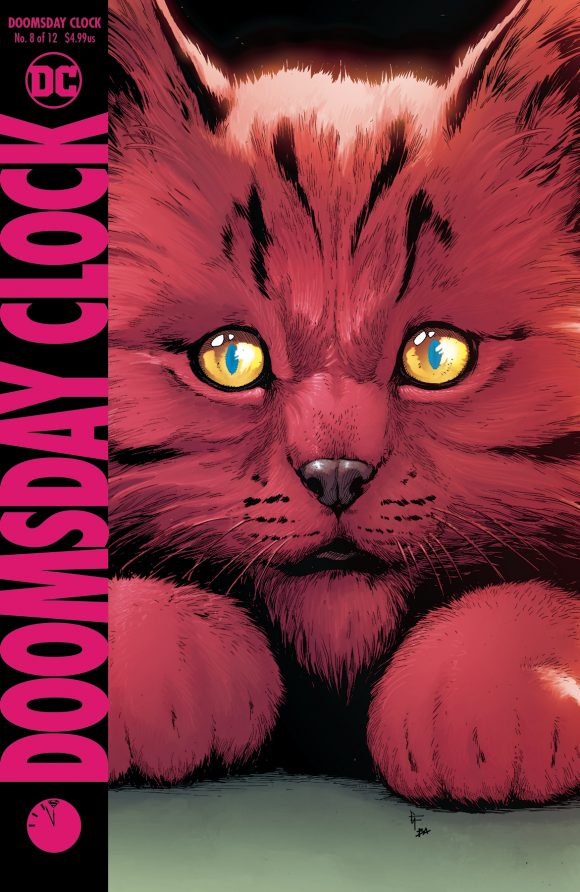 The Green Lantern #2, DC. Grant Morrison and Liam Sharp are off to a rollicking start in this adventure starring Hal Jordan of the Space Police. 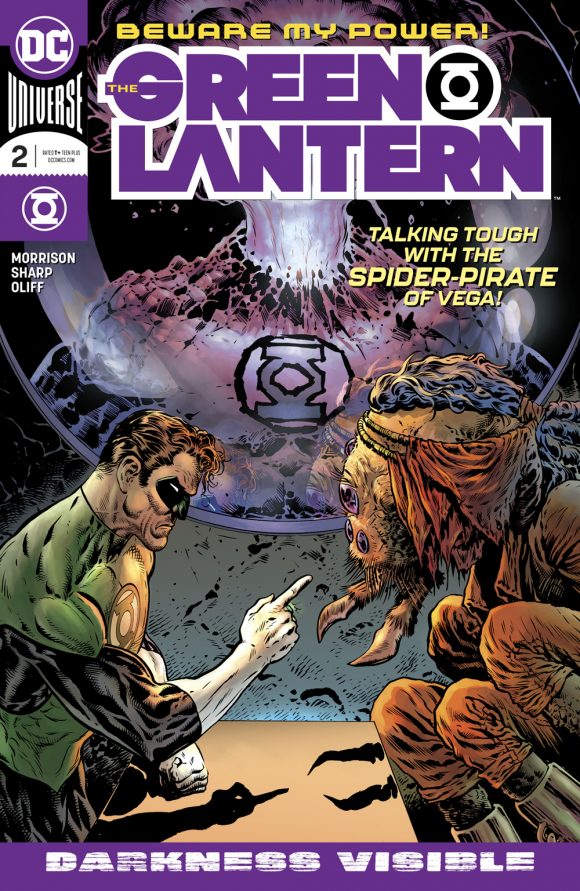 Killmonger #1, Marvel. Attention, parents with the last name Jordan: Seems like a safe bet to name your child Michael. Just sayin’. (Hey, am I the first person to make that joke? No? Oh.) Anyway, Bryan Edward Hill and Juan Ferreyra bring you this miniseries focusing on the villain everyone’s talking about this year. 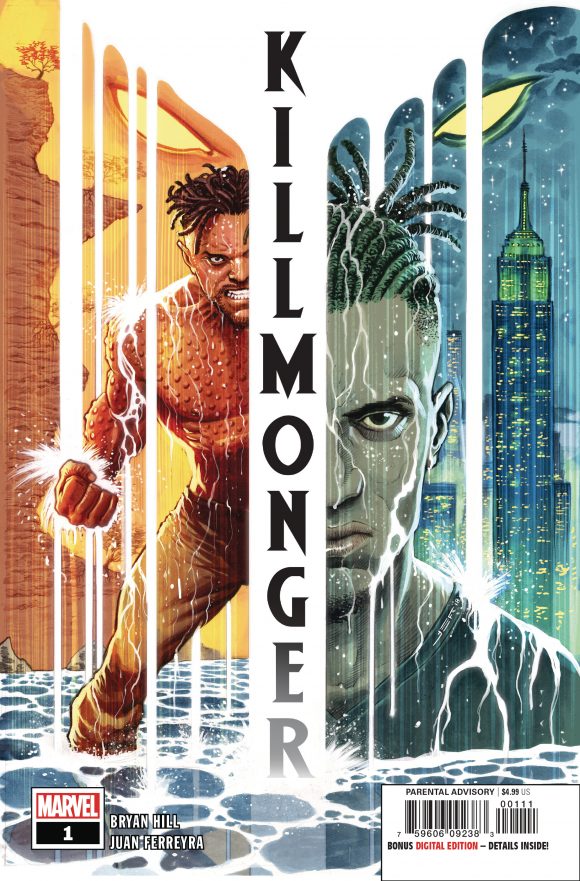 The Wrong Earth #4, AHOY Comics. Look, you hear this stuff all the time: “If you’re not reading this, you should be, blah blah blah.” Well, it happens to be true here. Tom Peyer and Jamal Igle’s take on what would happen if an old-fashioned caped crusader swapped realities with his grim-and-gritty counterpart is one of the year’s smartest comics. (By the way, you should click here to check out Igle’s commentary on how he created the covers for the first six issues of the series.) 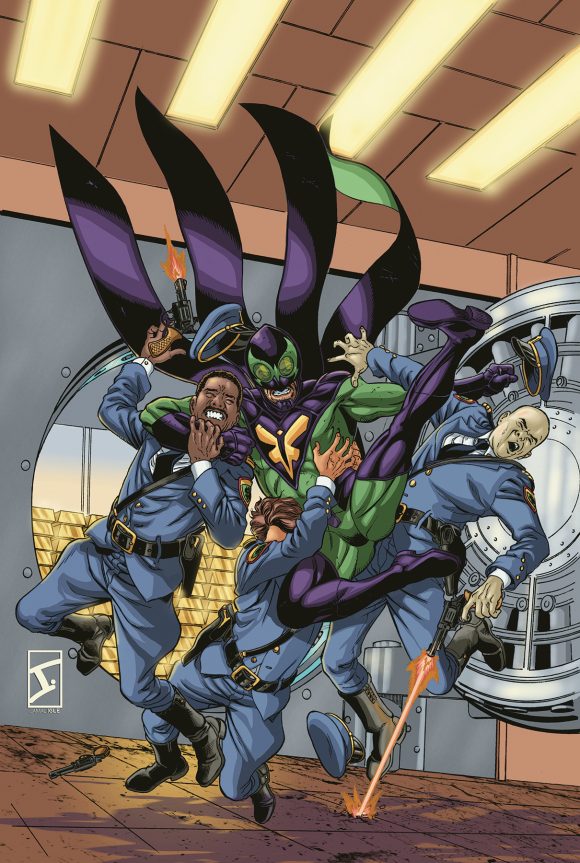 Justice League #13, DC. I’ve never bought the idea of the Joker on a team, have you? He’s the most unpredictable psychopath comics has to offer, so why would anyone want him around – even other evil-doers? I asked writer Scott Snyder about this (click here) and he said this issue would address that. Cool. Art by Guillem March, by the by. 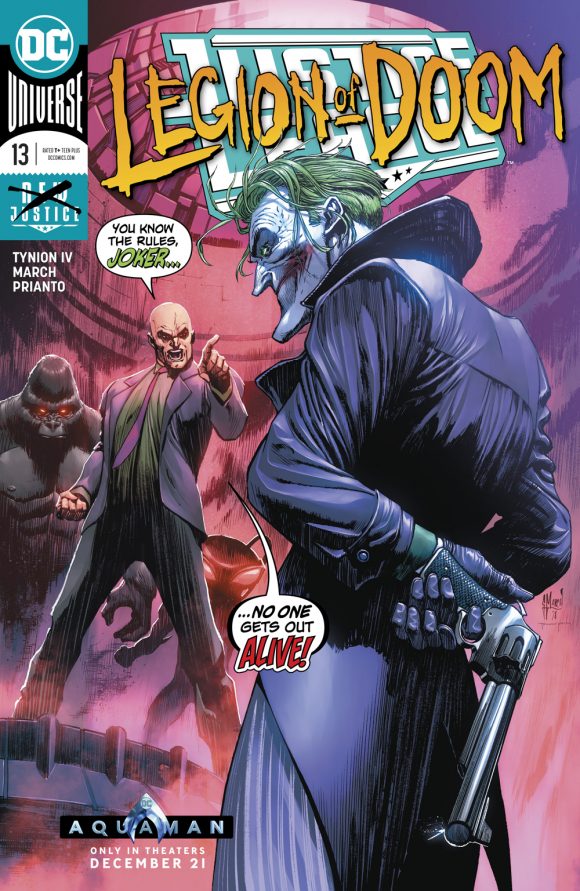 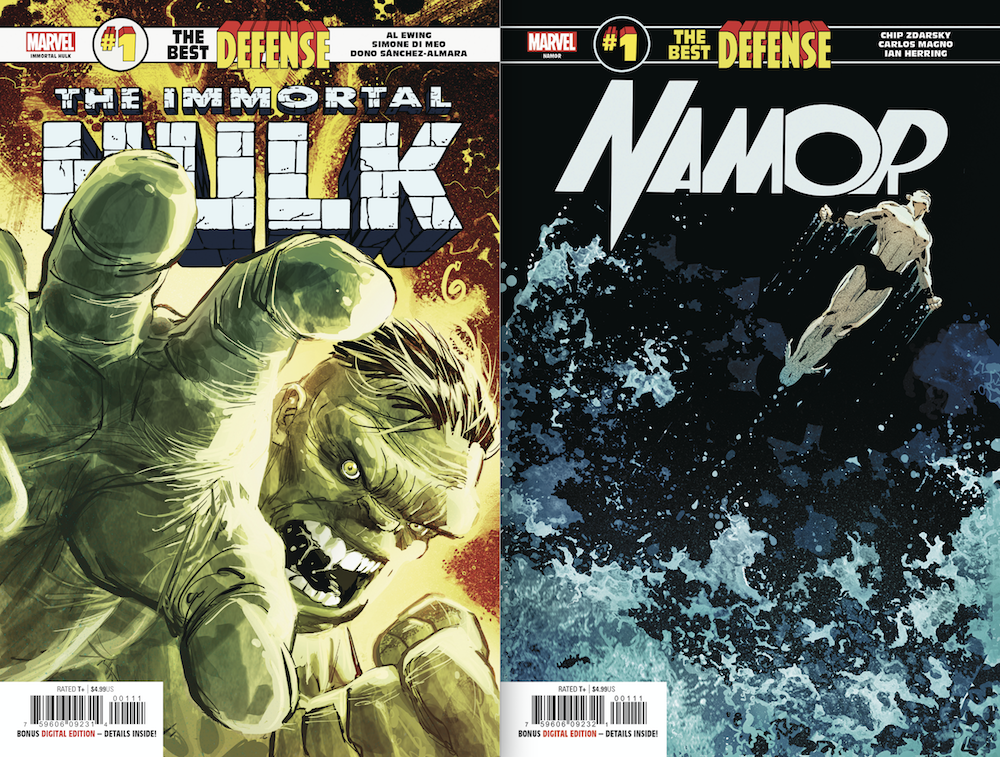 True Believers, Marvel. The House of Ideas is going back to the Fantastic Four well for its run of dollar reprints. (The spotlight is on the FF’s villains – coinciding with the publisher’s variant-cover theme of the month.) 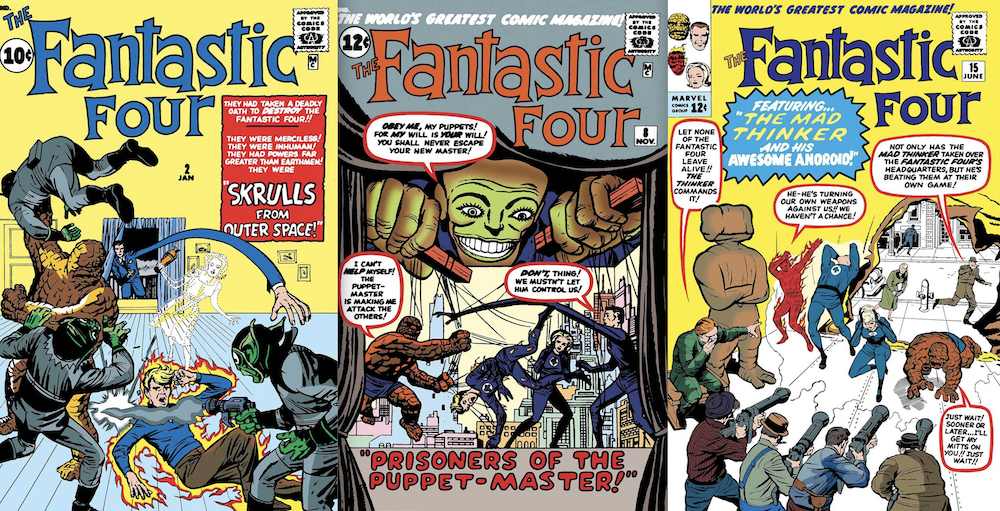 Martian Manhunter #1, DC. Ol’ J’onn J’onzz has never been a favorite of mine (except in Justice League Unlimited). Still curious to see what Steve Orlando and Riley Rossmo have in store for this 12-issue series that DC seems to be positioning as the next Mister Miracle. Archie Meets Batman ’66 #5, Archie/DC. The penultimate issue, by Parker, Moreci, Parent, Fitzpatrick and Morelli. No truth to the rumor that the next crossover will be Riverdale and Gotham, though. (Actually, that’s not a rumor. I just made it up. Pretty cool idea, nevertheless.) 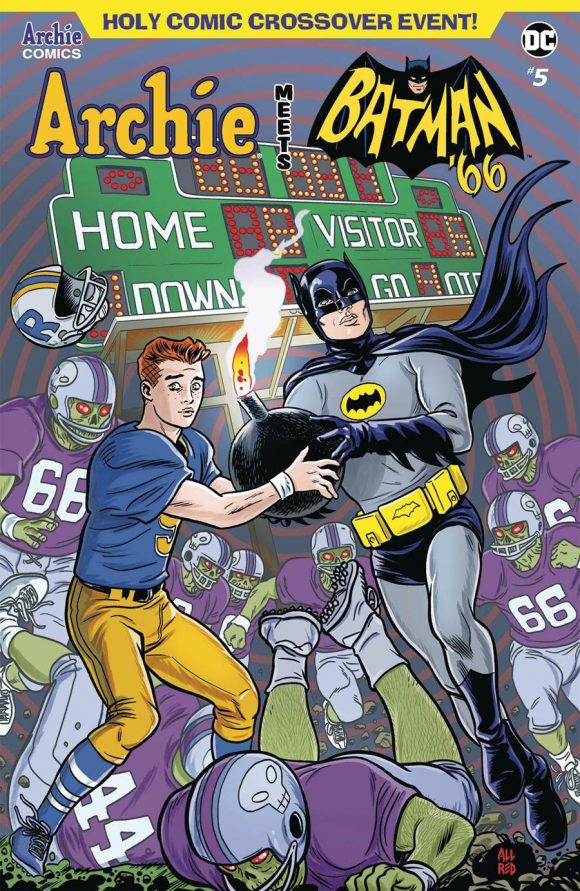 Star Trek: The Next Generation — Terra Incognita #5, IDW Publishing. This month’s tale features a spotlight on Dr. Crusher and Worf, as they find themselves in conflict in the midst of a planetary evacuation! (Scott’s too shy to mention it, but he writes this miniseries with his brother, David. With Angel Hernandez art. — Dan) 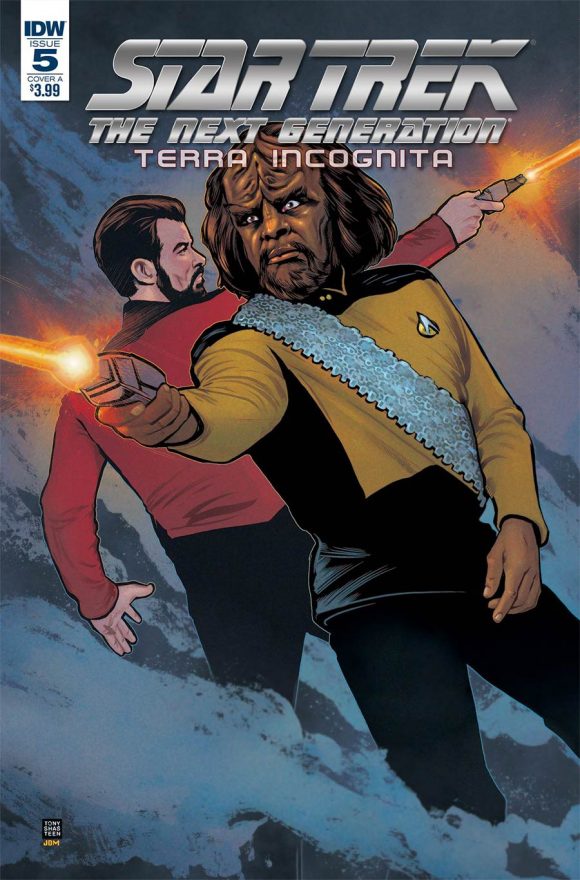 Fantastic Four by Waid & Wieringo Omnibus, Marvel. When was the last time the FF comics were truly great? When Mark Waid and the late Mike Wieringo were making them. 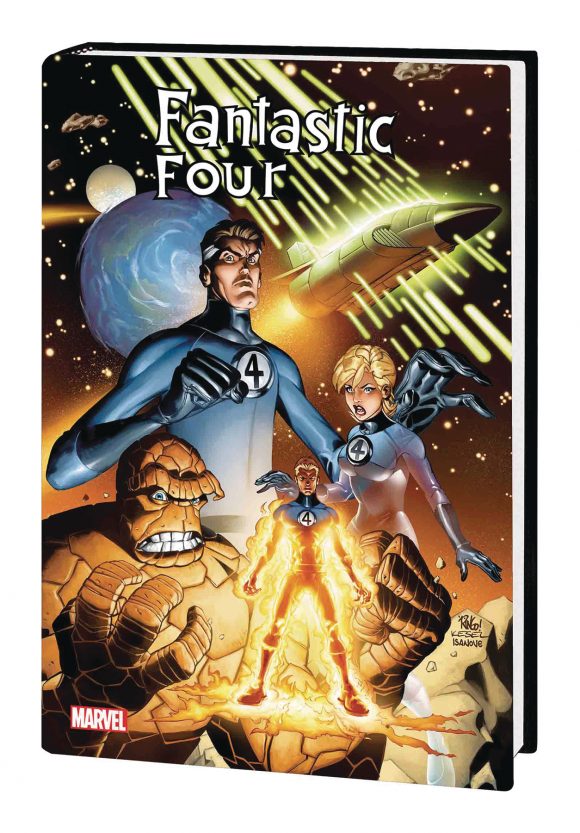 Marvel Universe by John Byrne Omnibus Vol. 2, Marvel. Speaking of great FF creators, this new John Byrne collection brings together almost everything but his Fantastic Four and X-Men work. A gold mine of great Marvel comics.